A record field of 60 riders signed on for Tuesday evening’s club road race at Orlock. They were split into 2 groups, with the 14 scratch riders giving away three and a half minutes to the front group. This was a great piece of handicapping (from a spectators point of view) as the two groups came together on the last corner. From a judge’s point of view, it was a bit more tricky, but with the help of some mobile phone videos, the judges were able to identify the first 6 across the line and also the first 6 Ards riders who get points towards the club road race trophy. 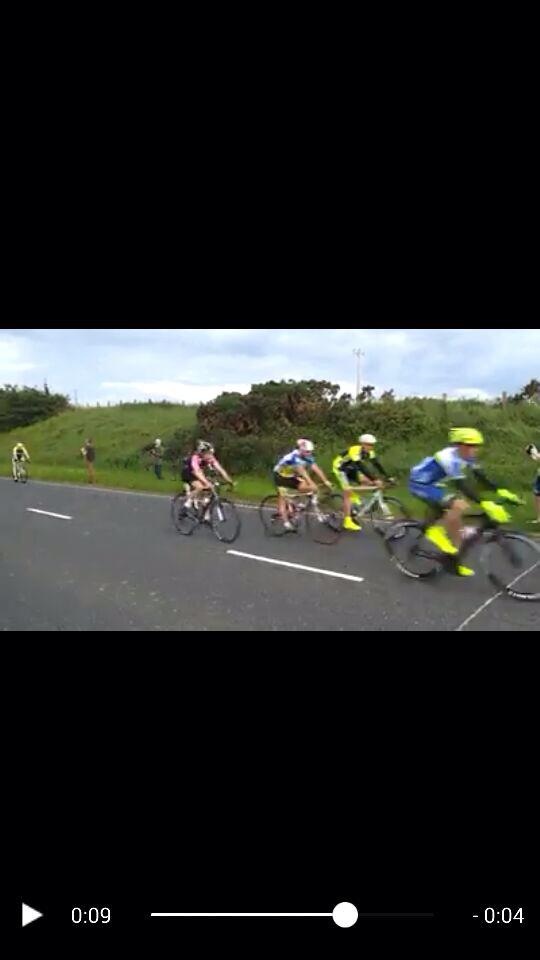 In the battle between the Ards riders, the top three (Paul, William Gill and Jack Anderson) hadn’t scored in the previous race, so the current standing are now very close – see the table below. There is still all to play for in the remaining three races (with a rider’s best 4 results to count).

Riders are reminded that they must sign on and show their licence before racing. This is important for insurance purposes. Also, this race had the maximum number of riders allowed by the police, so it is crucial that we know exactly how many are taking part. Any rider failing to sign on may be barred from riding future Ards CC events. Thanks.