There are stories of an Ards Cycling Club first existing in the 1890s! Willie Weir (the Kircubbin shoemaker) was the first man to break the hour on the Portaferry Road in 1910 – for 20 miles. And there was certainly a cycling club in Newtownards in the 1920s, making it one of the earliest in Ireland.

The club faded in the ’30s as Europe headed towards war. However, by 1944, the end of the War was in sight, optimism was rising, and despite rationing and limited availability of bikes and parts, people wanted to get out and about again. Ards Cycling Club as we know it today was formed.

By the 1950′s and 1960′s the club had built up a strong reputation, particularly in time trialling with ace testers like Billy Kirk winning events and championships throughout Northern Ireland and beyond. See the book “Recycled Memories” for lots of stories from this great era in Ulster Cycling.

In the 1970s Bobby Adair was the driving force, and riders like Lennie Kirk and Archie Cunningham kept the club in the limelight, winning big races throughout Ireland, and competing for Northern Ireland at the Commonwealth Games, and for Ireland at races in England and the Continent. A small team of volunteers also kept classic events like the Tour of Ards going.

In the late 1970s there was a growth in numbers again, led by people like Mike McConaghy (who had recently opened his “Mike the Bike” shop in Movilla Street), and Rab Dunn (secretary of the club who put in place many of the club structures we still have today, including the consitution, the club medal scheme, etc.)

By the 1980s, the club was again growing, particular in Schoolboy racing. Riders won races and championship throughout Ulster and Ireland, and 5 club riders also set 2 unofficial world records while cycling 3960 miles coast to coast across America. By the 1990′s, we were also building up a strong reputation for promotion, which peaked with a series of event’s featuring head to heads between Chris Boardman (Olympic champion) and Graeme Obree (World champion and record holder). The club also expanded beyond the Tour of Ards, to add a “Bike week”, and later a stage race (first 2 days based in Carrowdore, and later 3 days based in Portaferry).

In 2005, a young rider called Martyn Irvine started to join us on our club runs. Within weeks he was comfortably riding 60 or 70 miles with our top Senior riders and a legend was born. Martyn went on to win the UCI World Scratch race on the track in 2013, together with a silver in the 4000m pursuit.

There have been lots of notable individual performances by Ards CC riders over the years – some are listed here. Apologies if we’ve missed any – let us know and we can add them in.

But Ards CC has always been about much more than individuals. Its about things like the camaraderie of the club run, about our club trophy and medal schemes that help riders to develop, and about our popular and innovative events. Why not join us and help create the next chapter?

For more of the club’s history, see the book “Ards CC A history in 75 stories”, which was published as part of the club’s 75th anniversary celebrations in 2019. 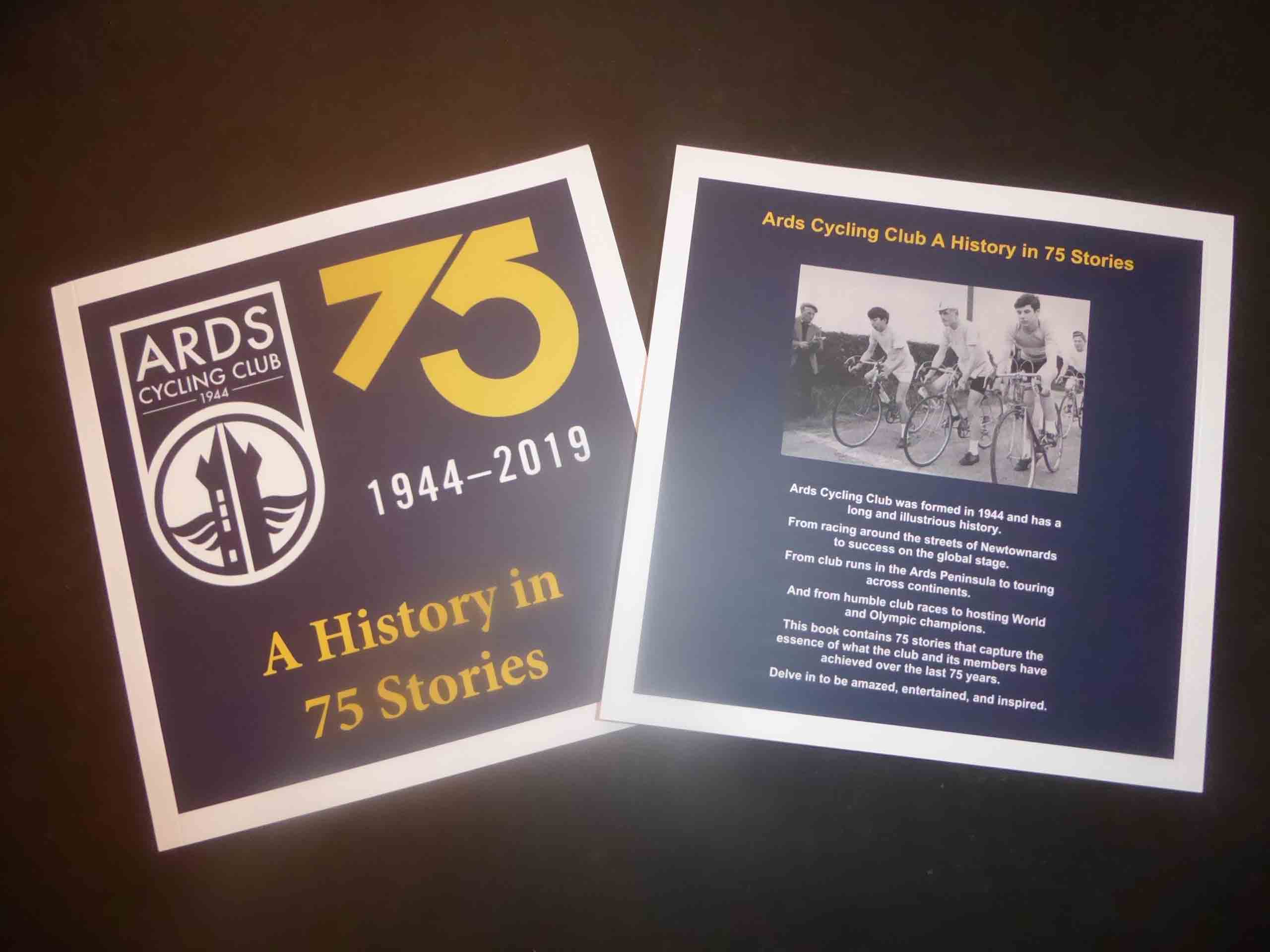