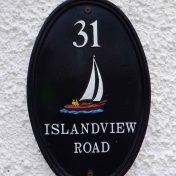 In spite of the overcast conditions, 24 enthusiastic explorers turned up for this evening’s second Trail Quest of the season at Castle Espie. They split into 9 teams, and had 90 minutes to get round as many clues as possible. For this event, the clues were all addresses, and the answers were the pictures on the house numbers. As teams… Read more »

Unfortunately due to the ongoing roadworks on the Millisle-Ballywalter road we’ve had to cancel tomorrow night’s Magreechan Cup. The Magreechan Cup will now be awarded for the club 25 mile time trial on 19th July. On a more positive note, we can now confirm that the Headquarters for next Tuesday’s Trail Quest will be at Castle Espie. The car park… Read more » 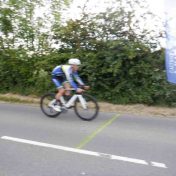 Karl Rockett won his first club road race in a fascinating event on the Ballygowan Circuit this evening. A strong limit group of eight riders were given a start of 5 minutes on the middle group. Scratch were originally due to start 4 minutes later, but with three entries not turning up this was reduced to 3 minutes. First time… Read more »