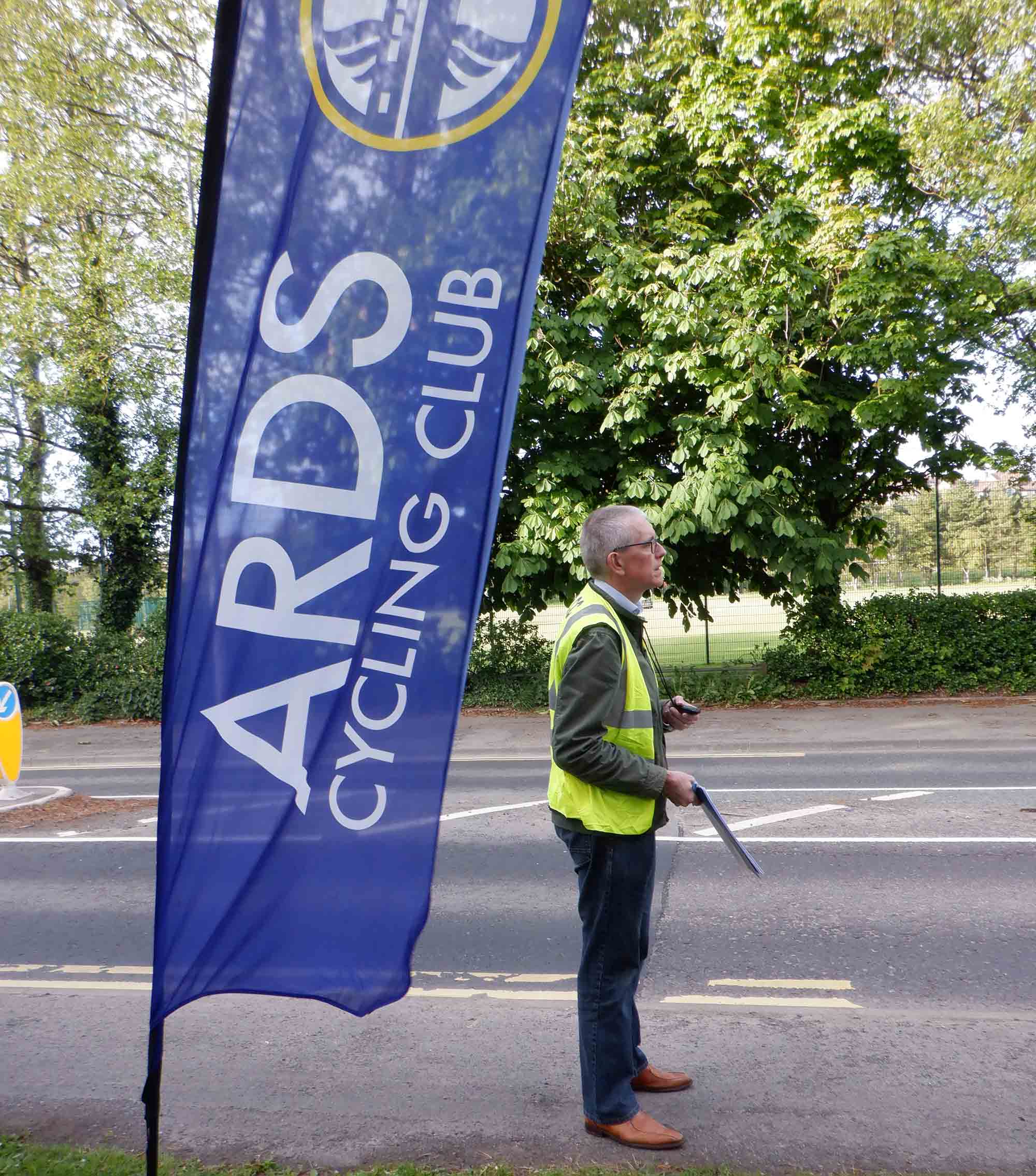 You know conditions are tough when the club flag is pointing in the same direction as the time keeper is looking.

Conditions were tough on the Portaferry Road for this evening’s straight in 10k time trial, with a strong cold headwind.  Fastest for the fourth time this season was recently promoted first category road man Peter McLean (Ards CC) with a powerful 14:02. He was the only rider to beat fifteen minutes, but the next five were tightly bunched with Conor Hanna (Ards CC) just nudging second place from Andrew Hedley (Ards CC). 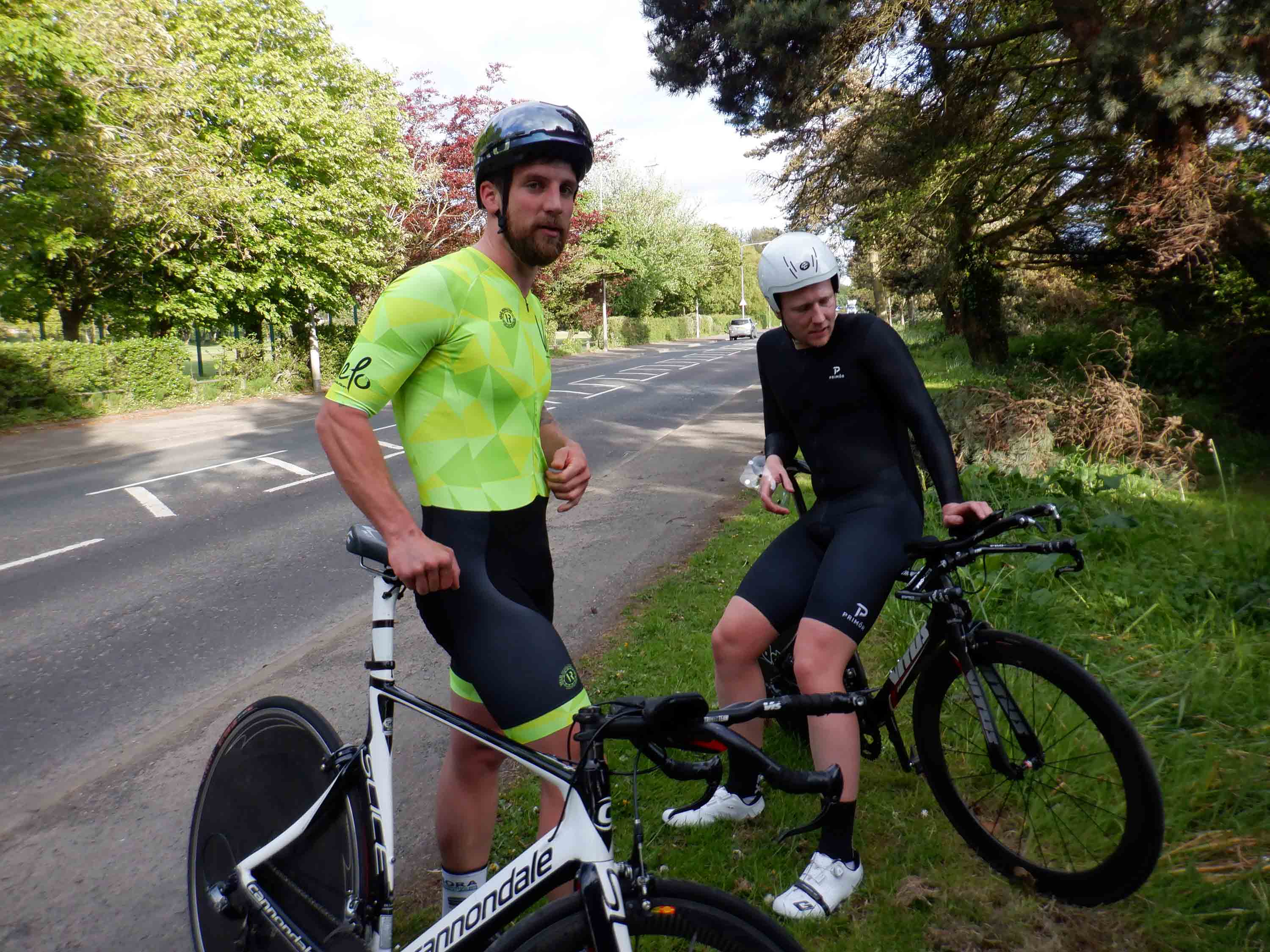 The woman’s race was also close, with Karen Hull (Phoenix) beating Chloe Deyermond (Ards CC) by one second, and Gillian Orr (North Down) rounding out the podium.

In the battle for handicap points, no-one got close to their personal best, but it was the fast men who went back least. And it’s that man Peter McLean who takes a lead in the 10k handicap trophy with one more 10k time trial to go.

There were 15 “Did Not Start” riders tonight, perhaps reflecting the tough conditions. Best excuse was Anthony Day, who recently completed the North Coast 500 in 3 very long days and perhaps deserves a rest… 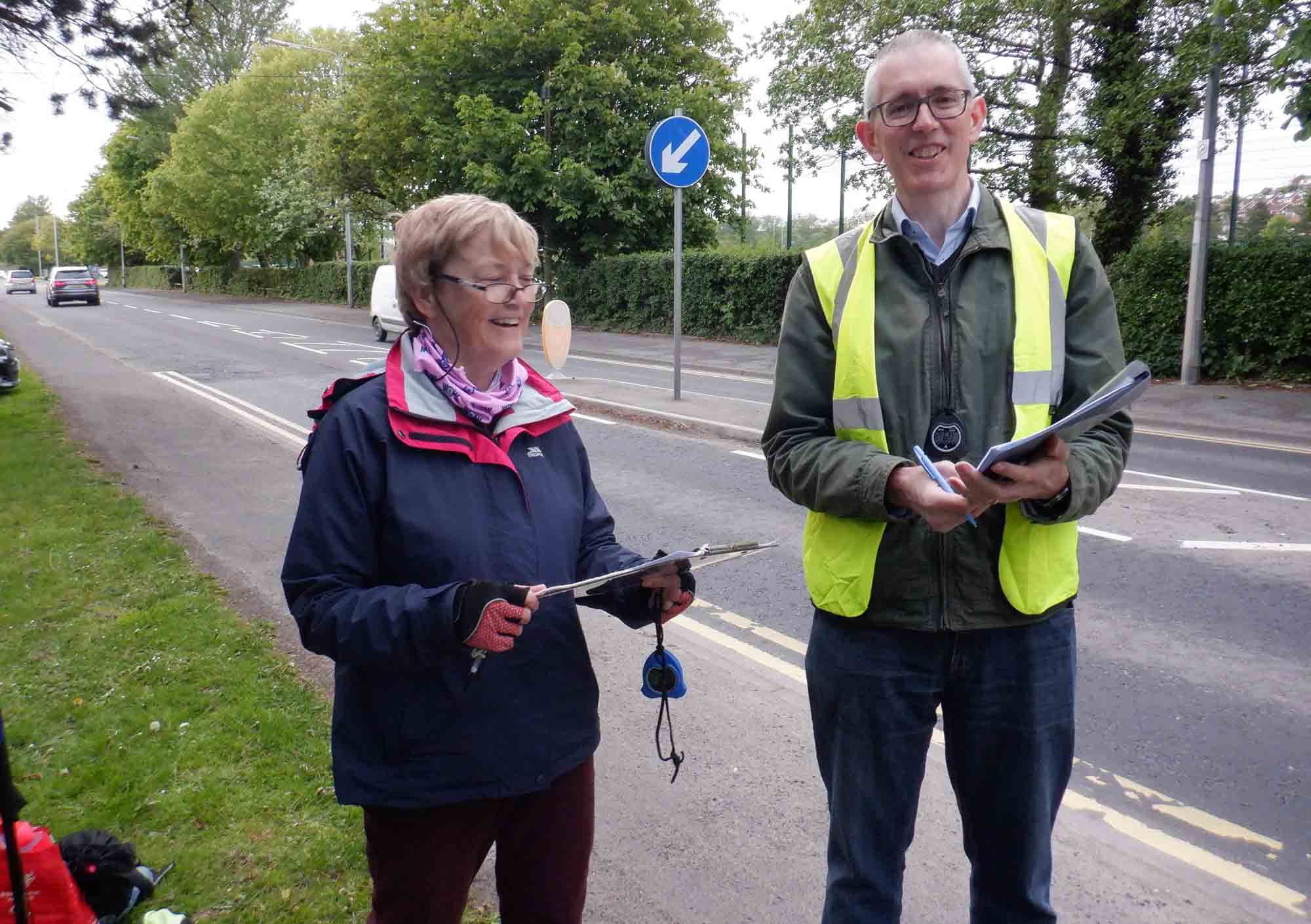 Thanks as always to the time keepers.

And one final thought – did anyone else notice that the two rest days in the Giro coincided with our last two club time trials? There’s a rumour that the Giro organisers were worried about the “media shadow” cast by our epic club races.

See you in Carrowdore for the first club road race next week. Get your entries in here.