Thirty eight riders celebrated the first club race since August 2019 in balmy conditions over 5 laps at Carrowdore this evening. The handicappers split the riders into three groups, with the middle group giving away 4 minutes to the front group, with the scratch group a further 3 minutes back. 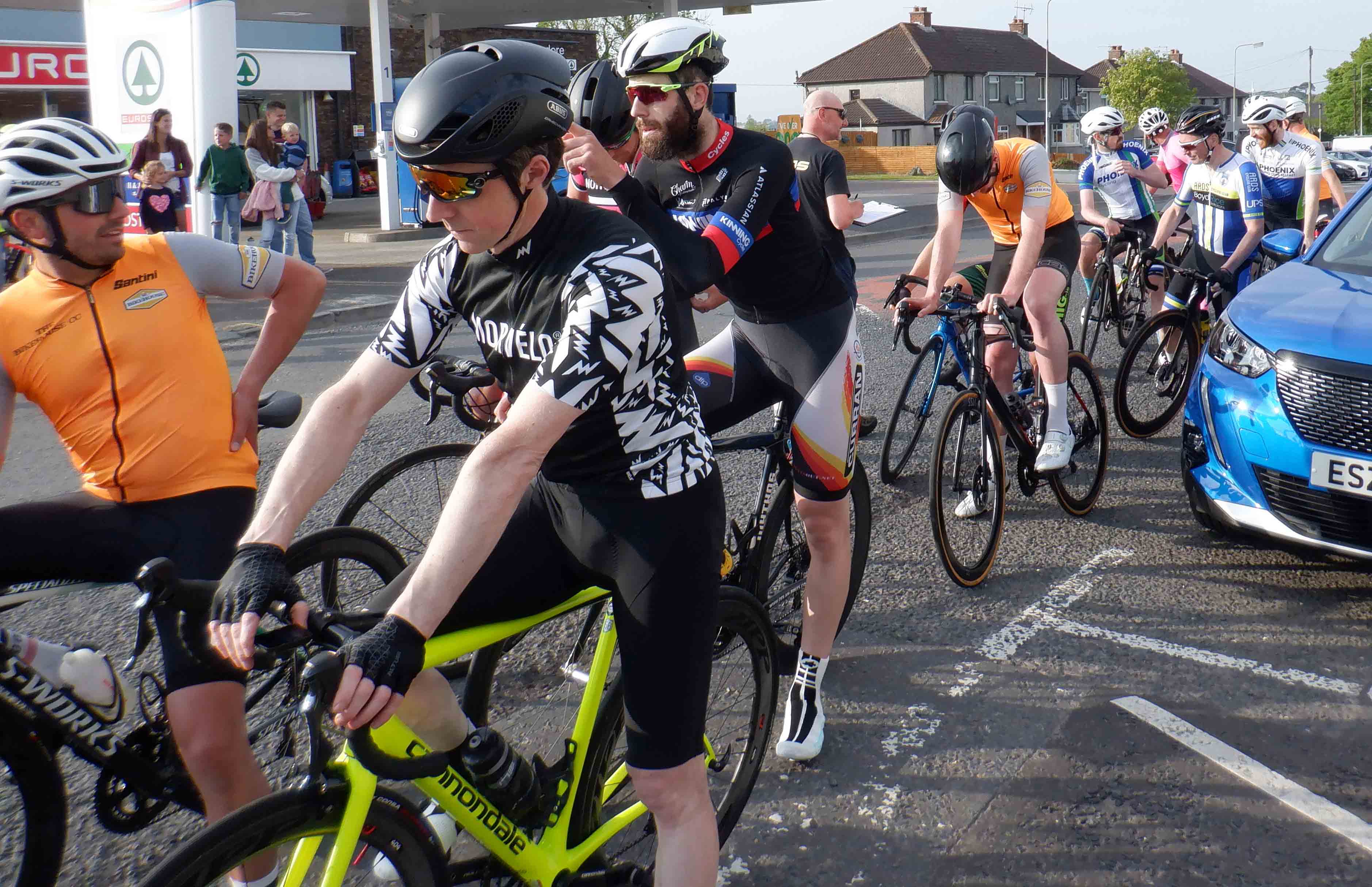 Scratch looking relaxed at the start. 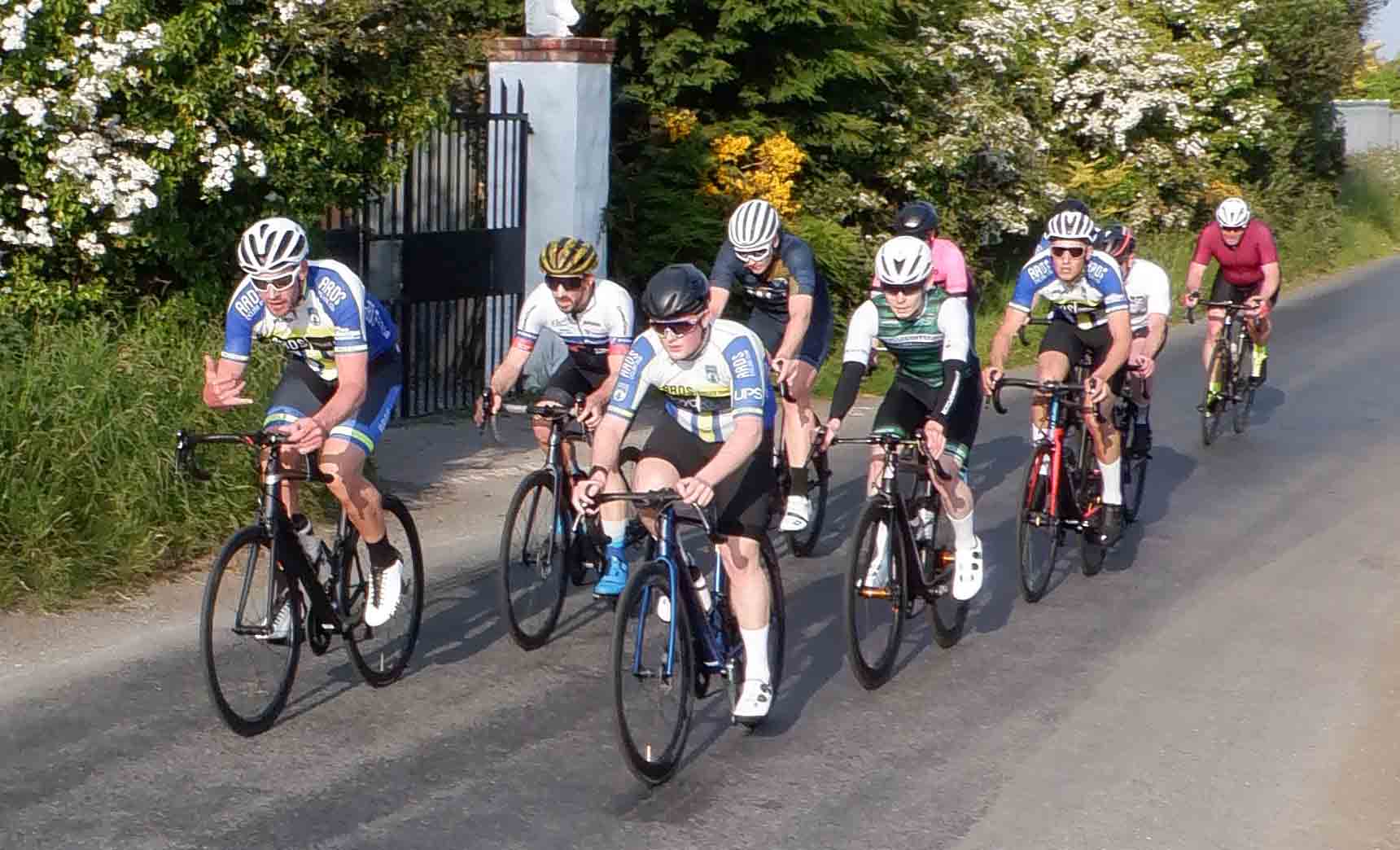 The middle group at the end of the first lap 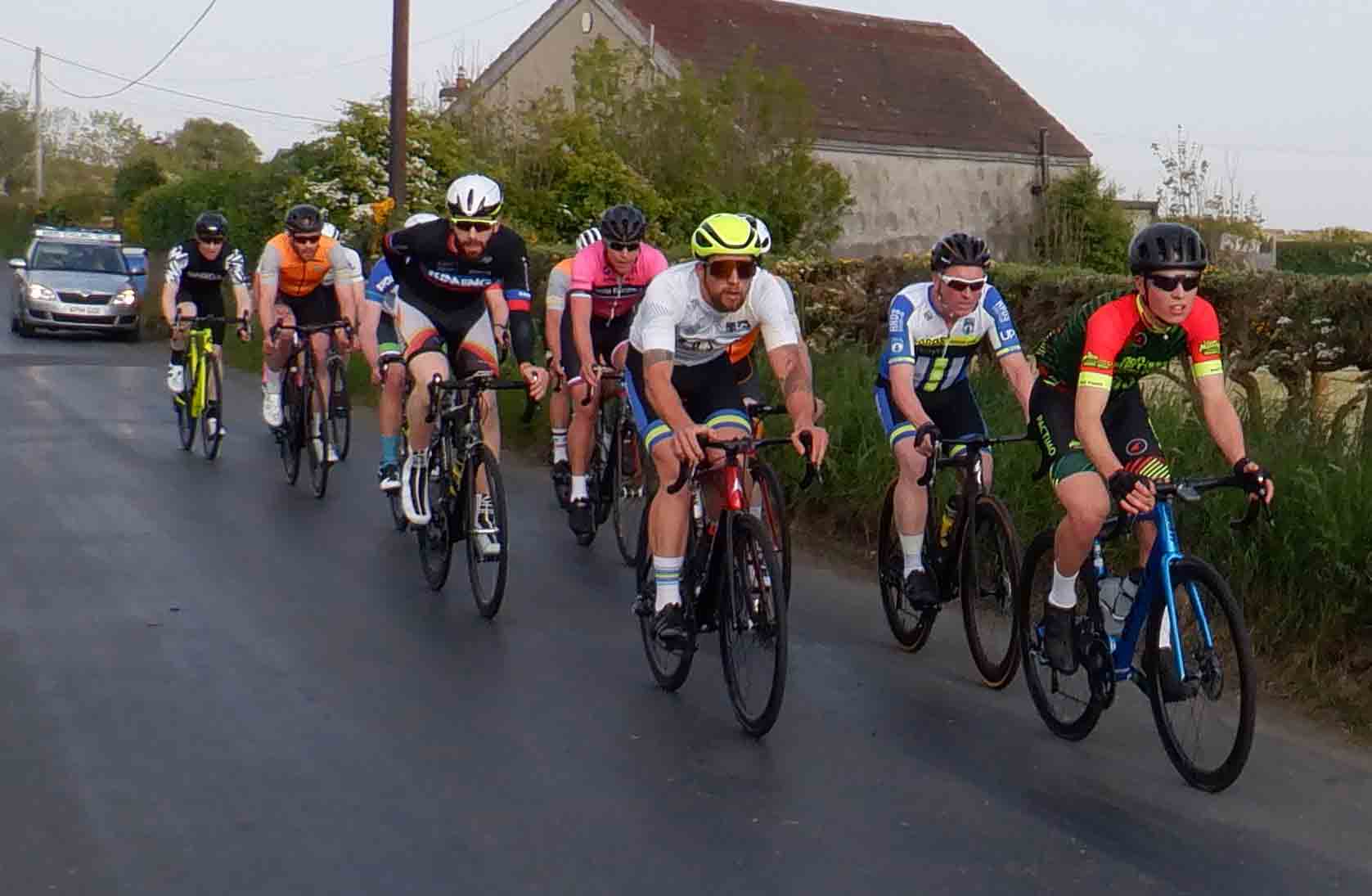 Scratch looked good but they only gained 30 second on the first lap. 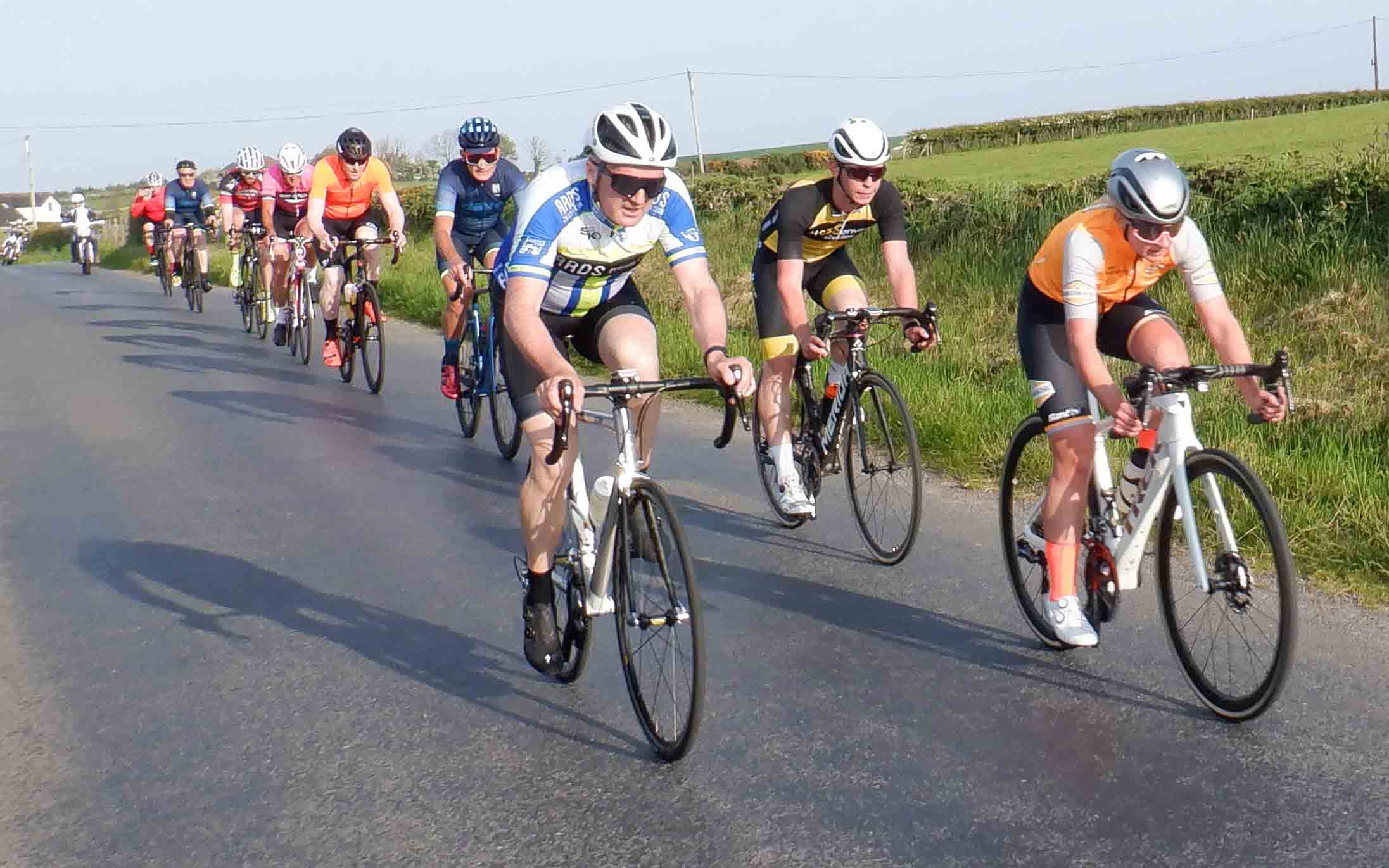 The front group looked strong on the second lap 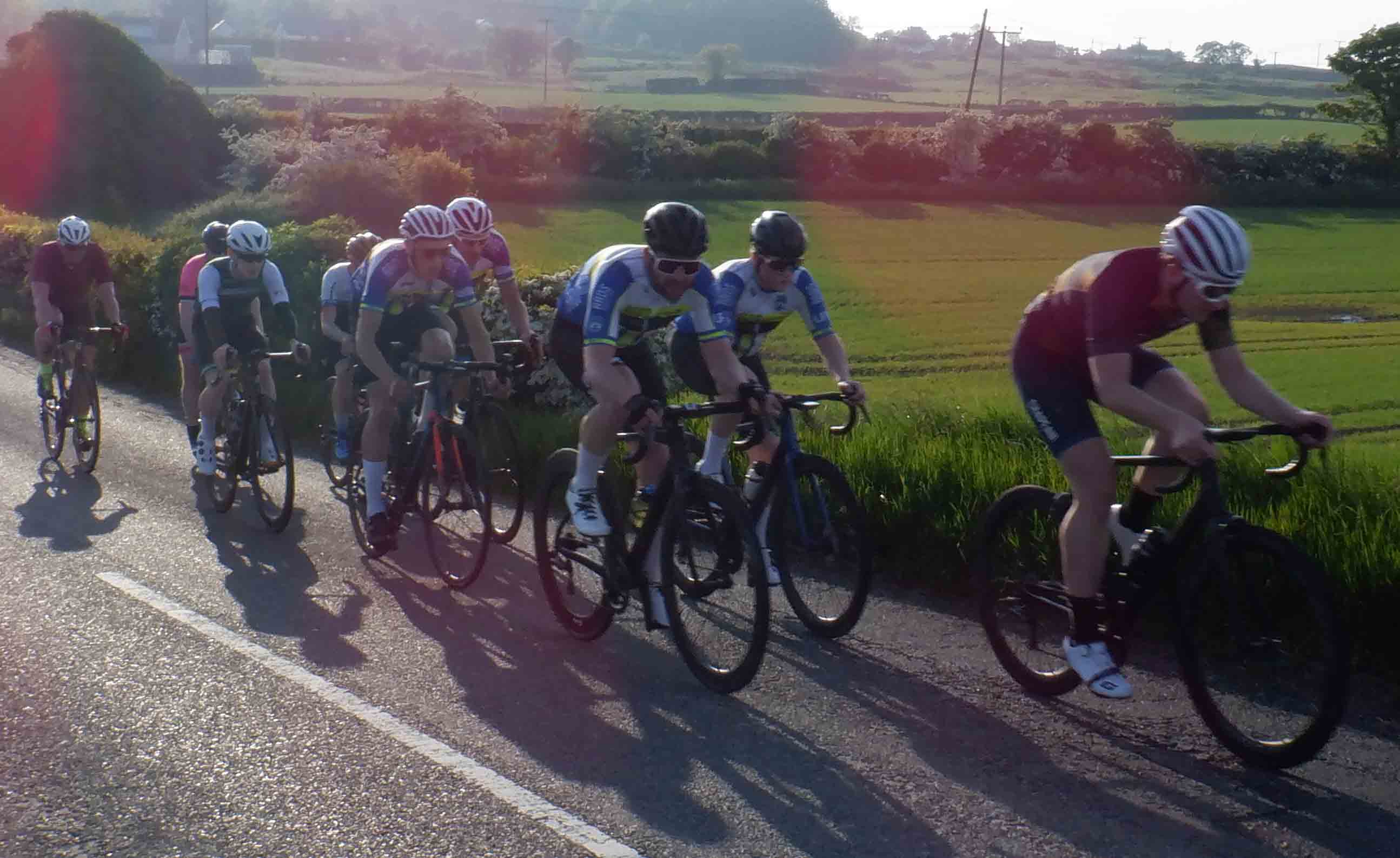 The second group pile on the pressure on the third lap as the gap to the front starts to come down. 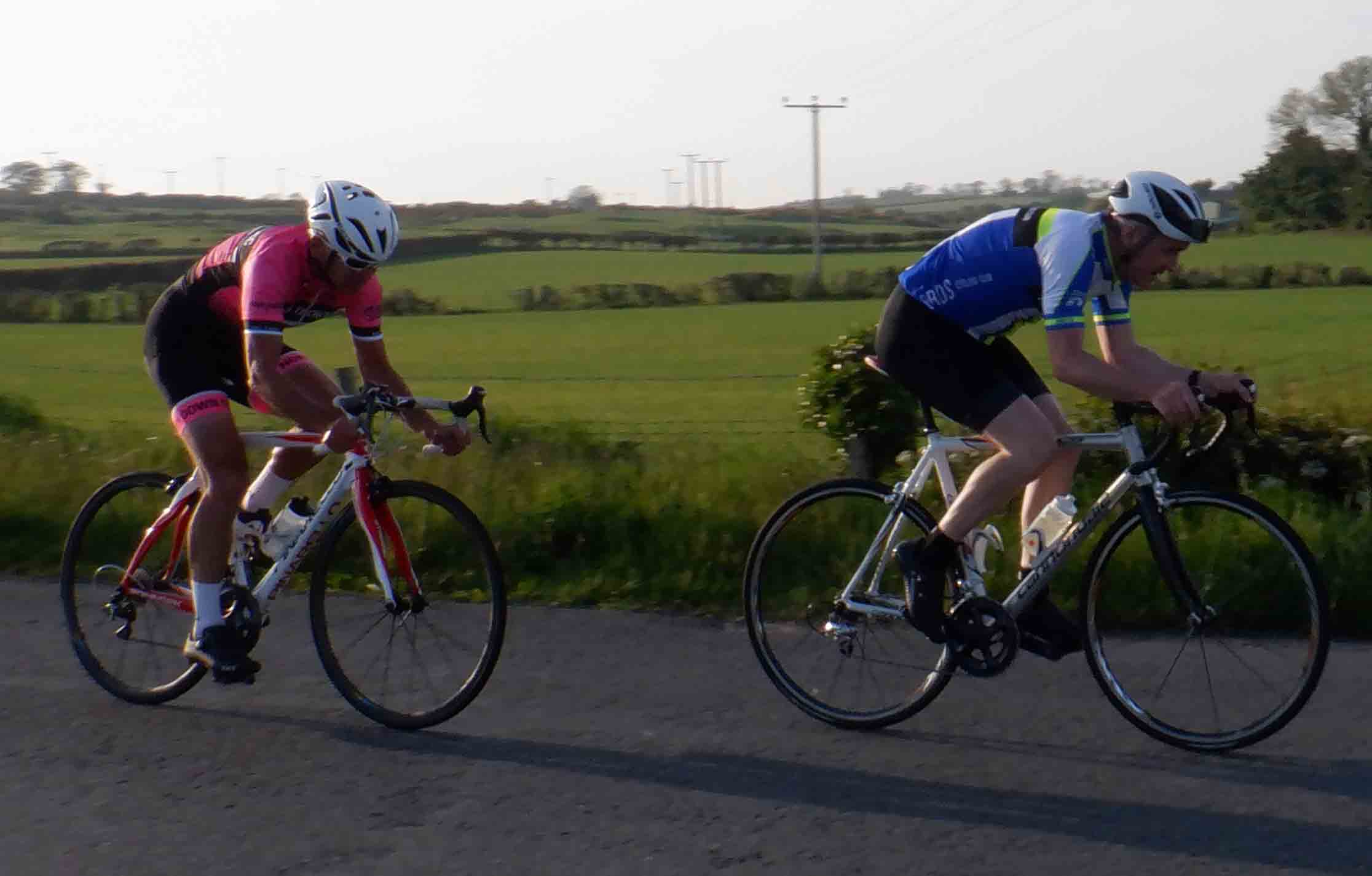 Great to see Kirk Sloan down tonight, and showing he’s lost none of his race craft. 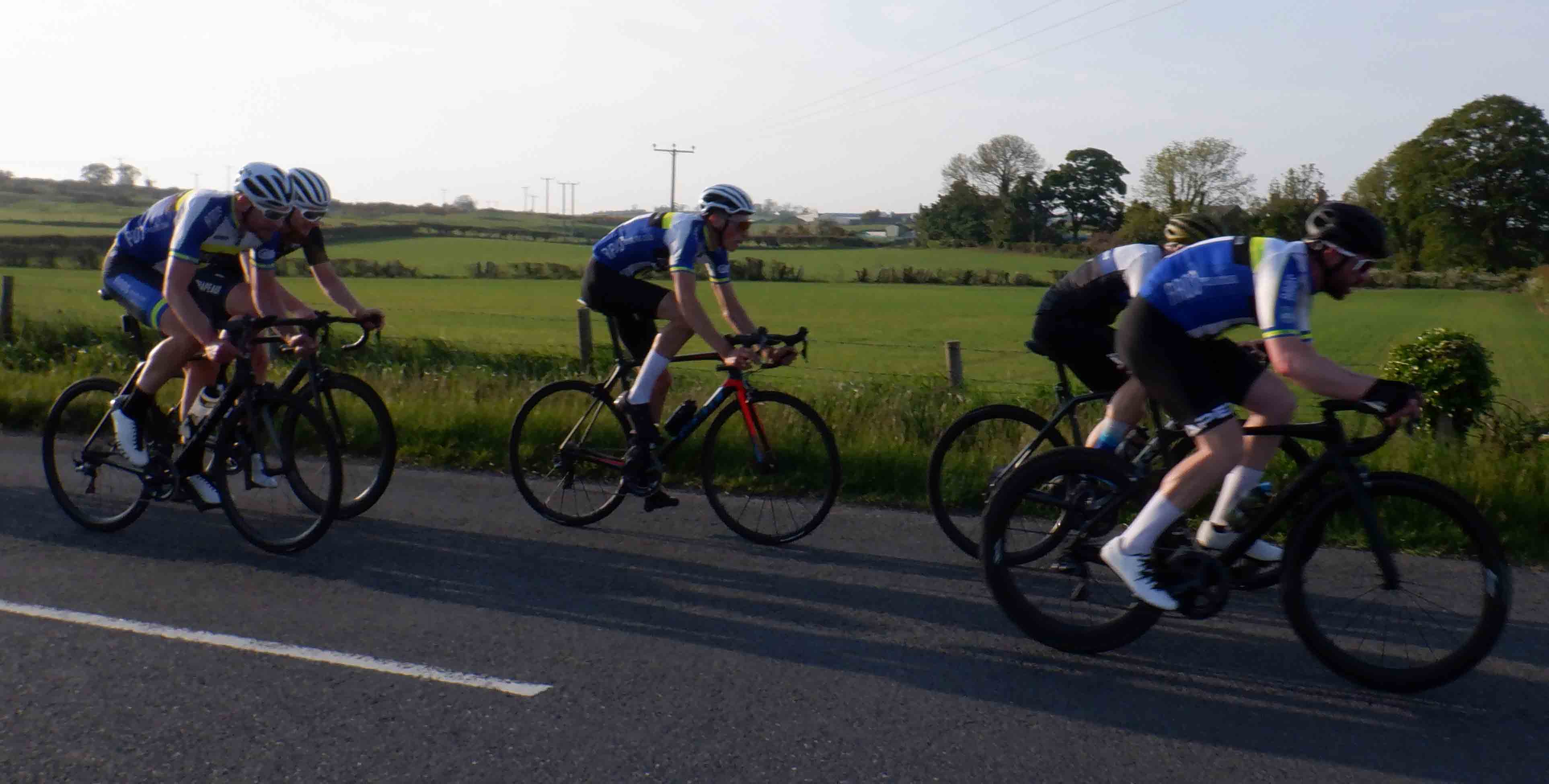 The Ards boys in the second group driving hard on the last lap. They would catch the front group half way round the lap. Scratch also reached the front with about 2 miles to go, setting things up for a great finish. 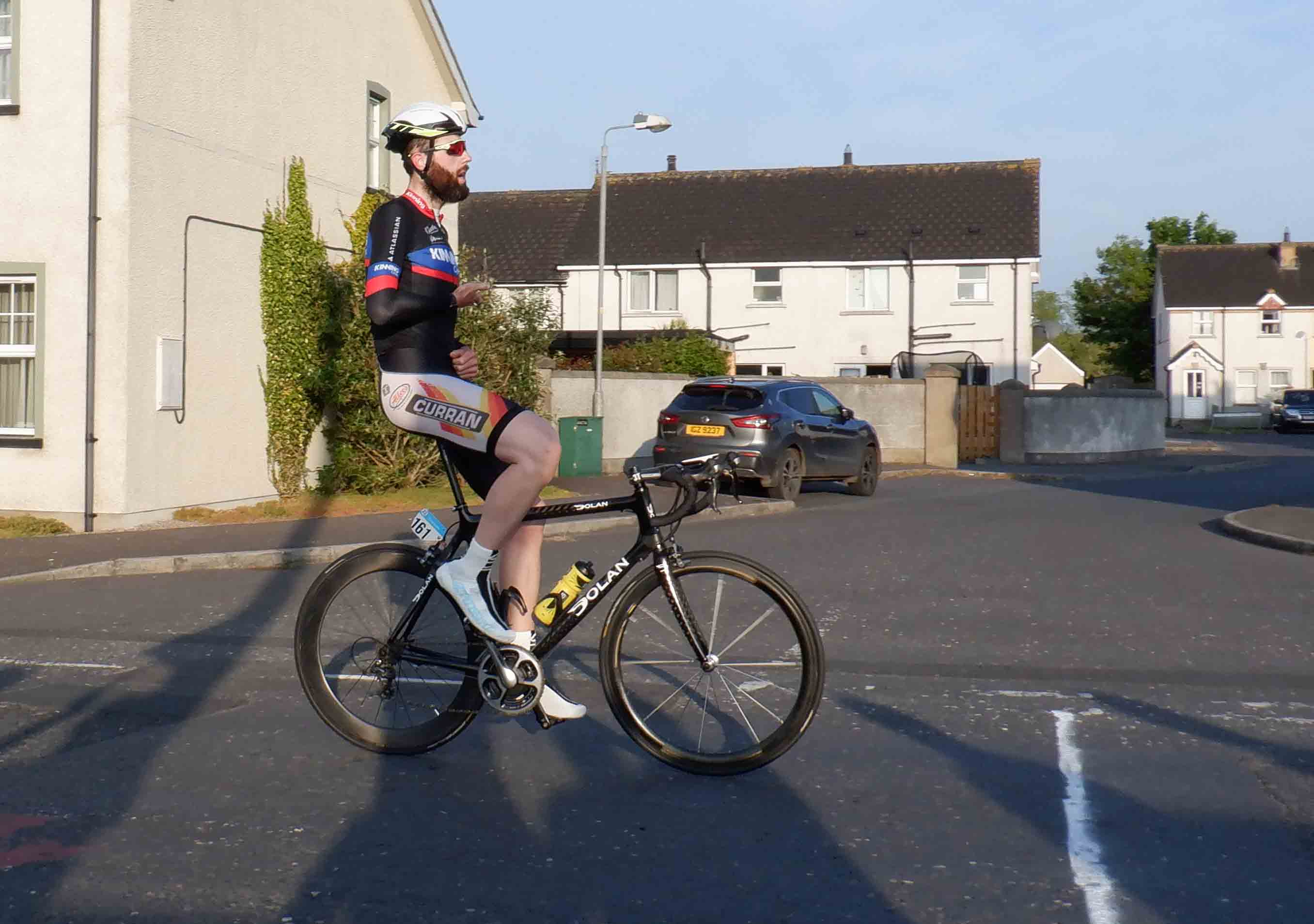 Ian Inglis (Kinning) was well clear of the bunch, and has time to celebrate the win 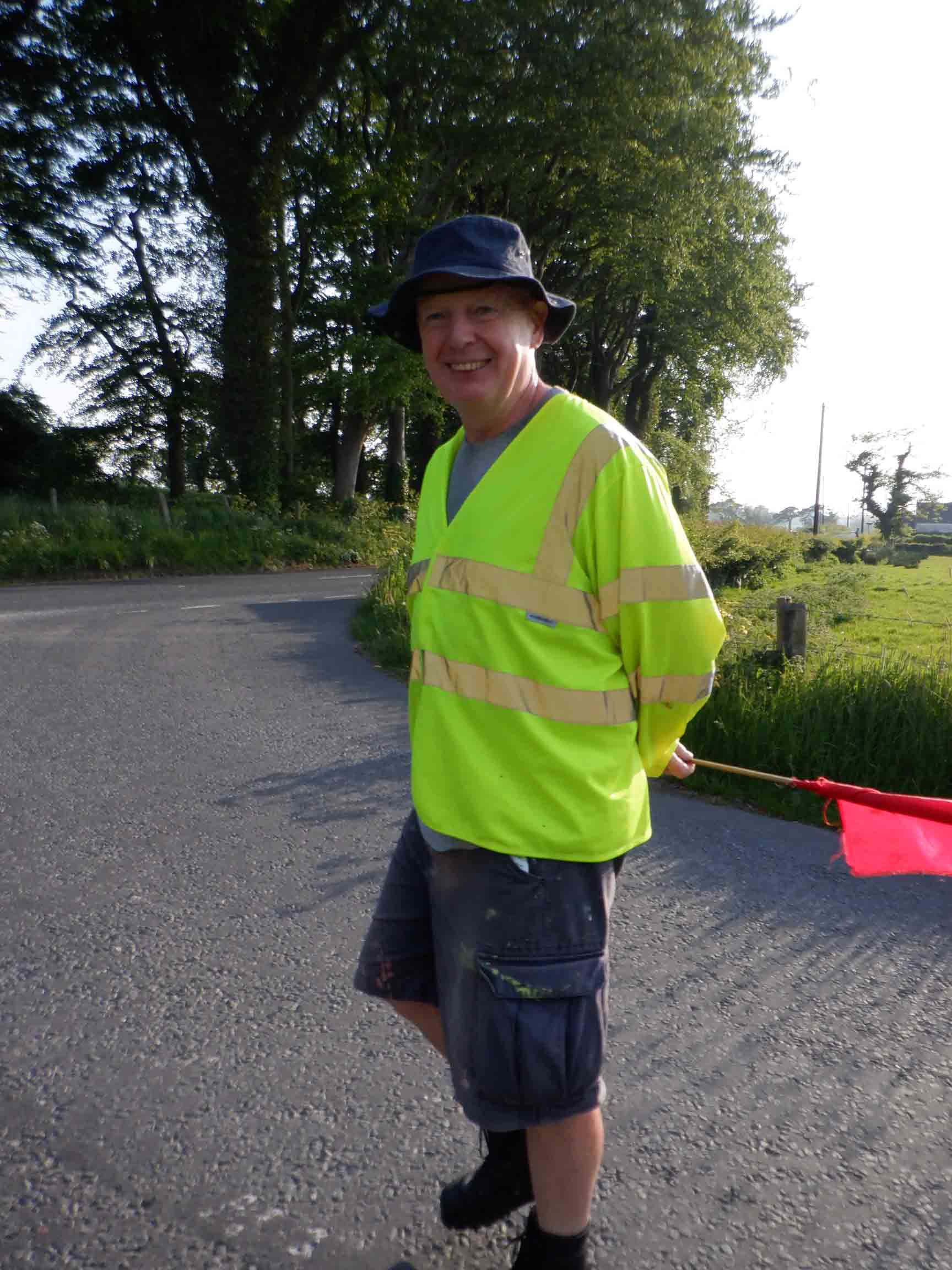 Thanks as always to all the marshals (static and motor bike) and the judges and time keepers. And a special mention to Paul Robinson who judged the handicapping perfectly, with the whole race coming together in the last couple of miles. 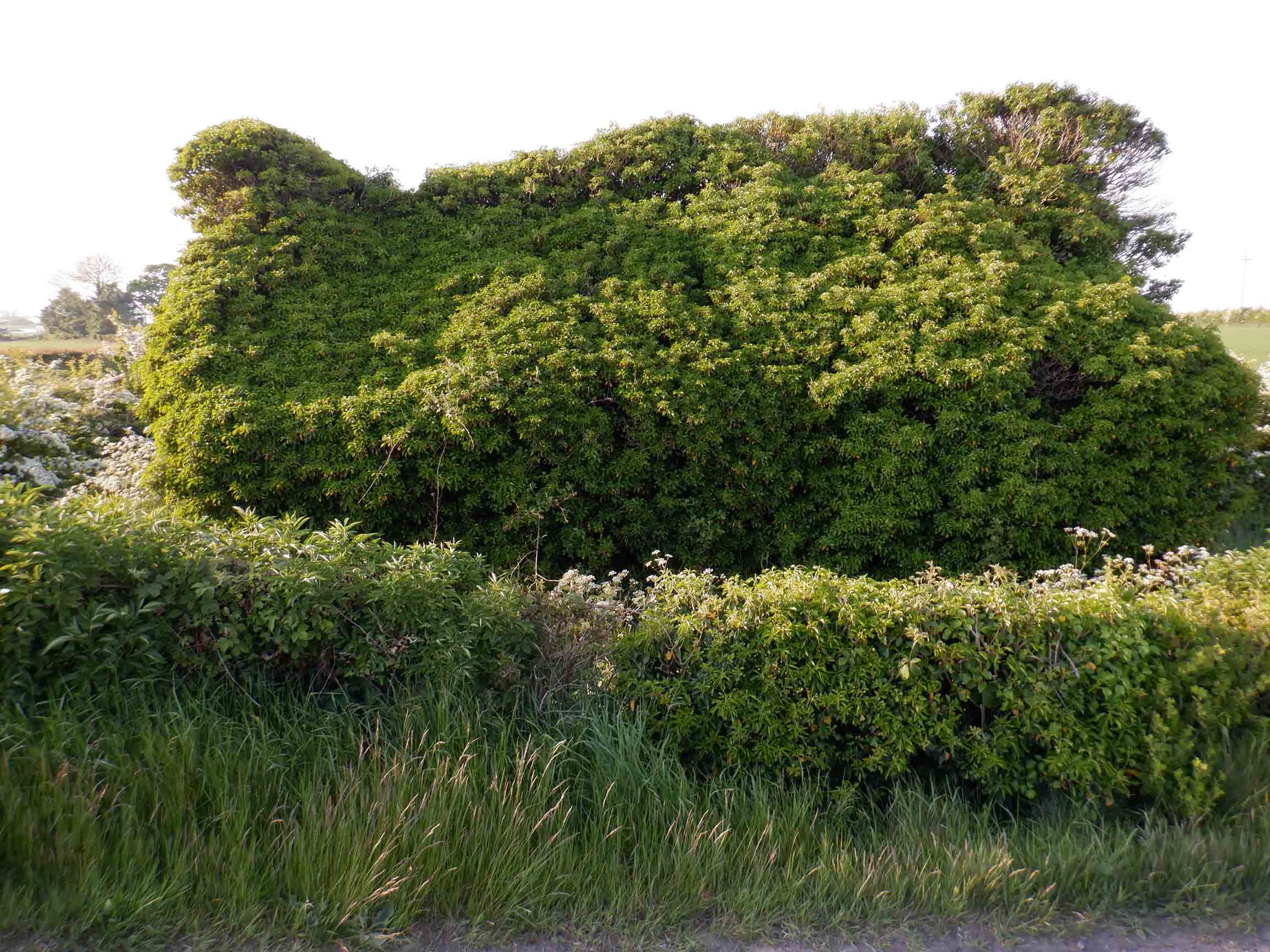 Finally, the club photographer spotted pictures for a future club quiz (remember those..?) First up – is it a house? Is it a tree? 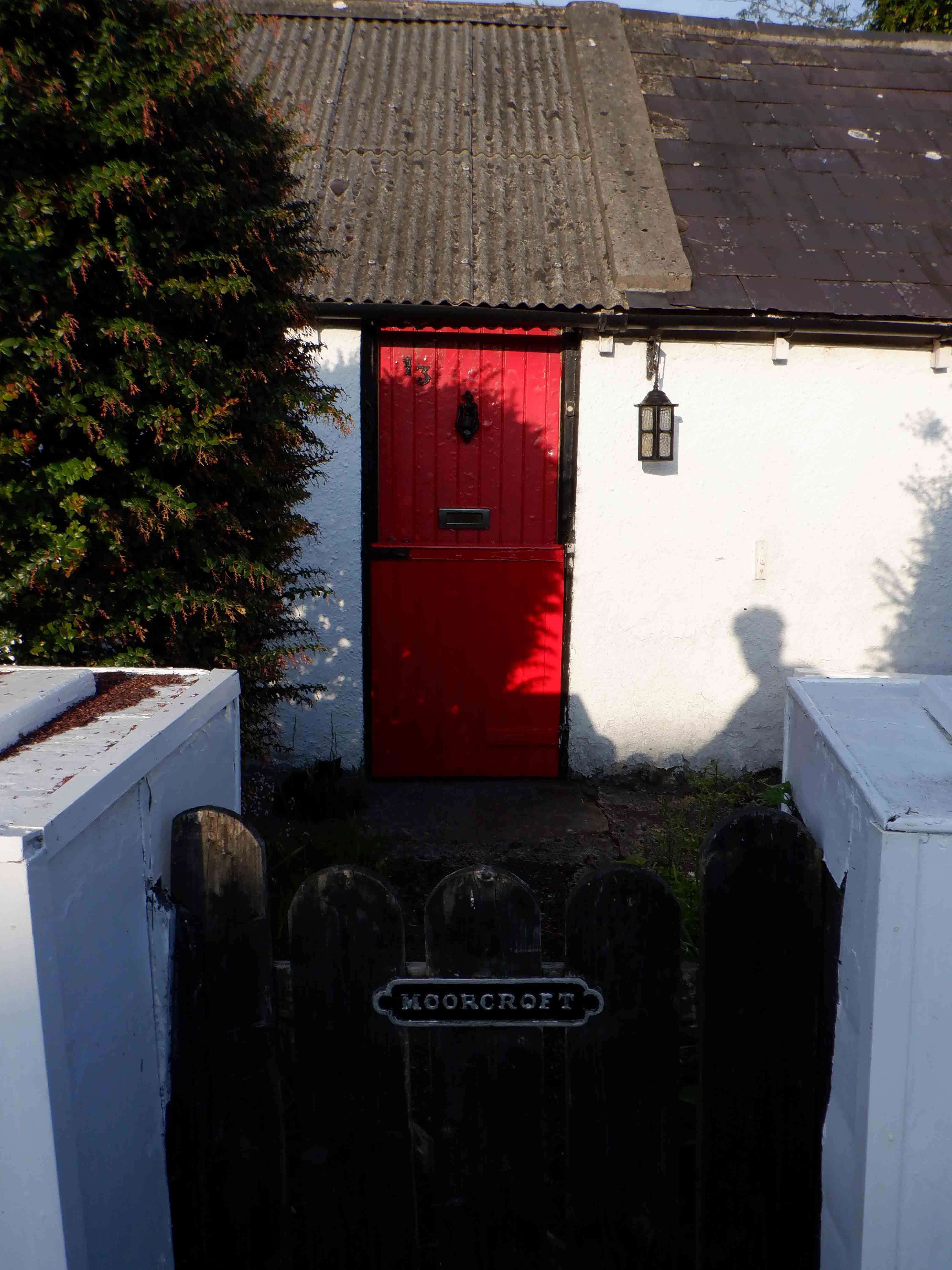