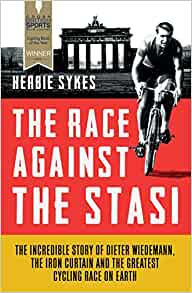 Our latest book review heads east to the old Soviet state of the German Democratic Republic in the 1960s. Author Herbie Sykes starts by setting the scene – the way the GDR used sport to advance the wider cause of socialism and how the Peace Race grew to become the ultimate propaganda event (drawing larger crowds than the Tour de France).

Into this world comes Dieter Wiedemann. Herbie switches to using his source materials directly. It starts with snippets of interviews with Dieter and other key players in the story. As Dieter’s cycling career develops, these are interspersed with state newspaper reports from Neues Deutschland and we start to see how the GDR is manipulating the results to promote communism. 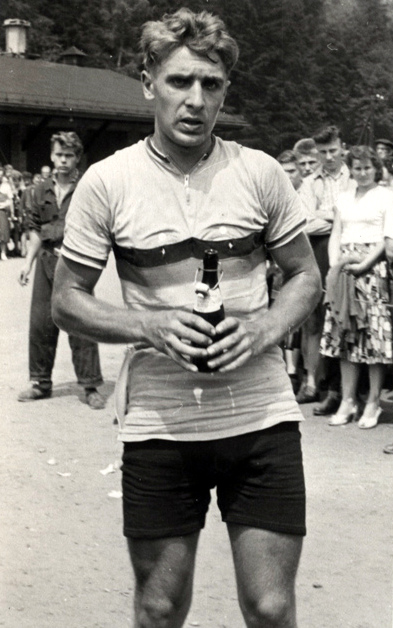 Dieter gets picked for his first Peace Race in 1961 (right), but the team only come third and this is seen as a disaster. He has his first interview with the Stasi (the East German secret police, complete with their trade mark long black leather coats). Sykes got access to the Stasi files shortly before publishing the book, and he starts to weave the original Stasi reports into the story. At one stage it was estimated that 10% of the GDR population were acting as Stasi informers. You could trust no-one.

At this point, Dieter meets a girl from West Germany when she visits her relatives in his home town. They exchange addresses and become penpals. Some of Dieter’s letters are woven into the story (unfortunately her letters were all destroyed to keep them from the Stasi). 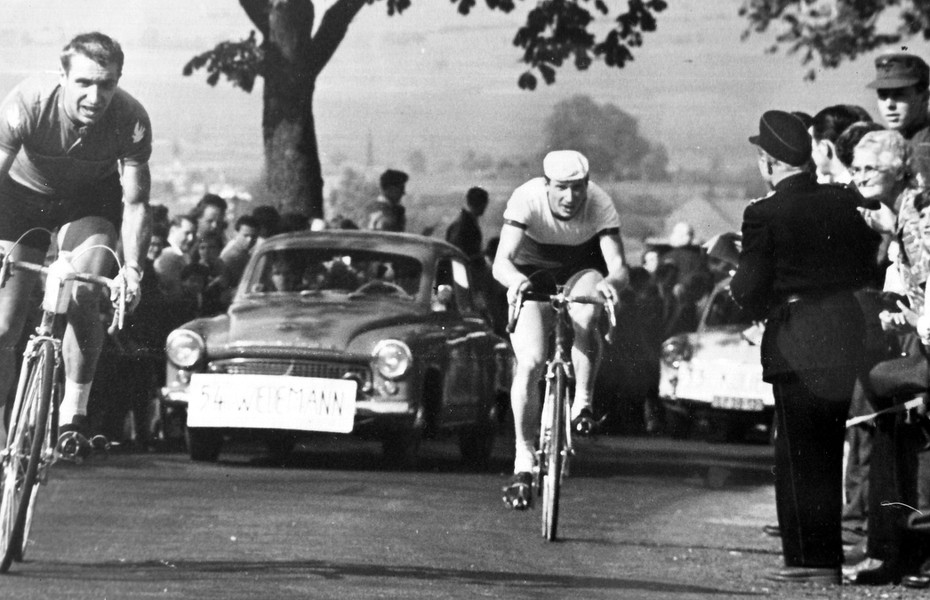 Dieter catches the Russian rider Kulibin in the time trial stage of the 1964 Peace Race, and moves up to third on GC.

Over the next couple of years Dieter’s career develops – he finishes on the podium at the Peace Race, but he starts to be sidelined as his club falls out of favour with the state authorities and the Stasi take more of an interest in his activities. Meanwhile, his penpal relationship is blooming. But as Dieter starts to dream of a better life in West Germany, the Iron Curtain comes clattering down. 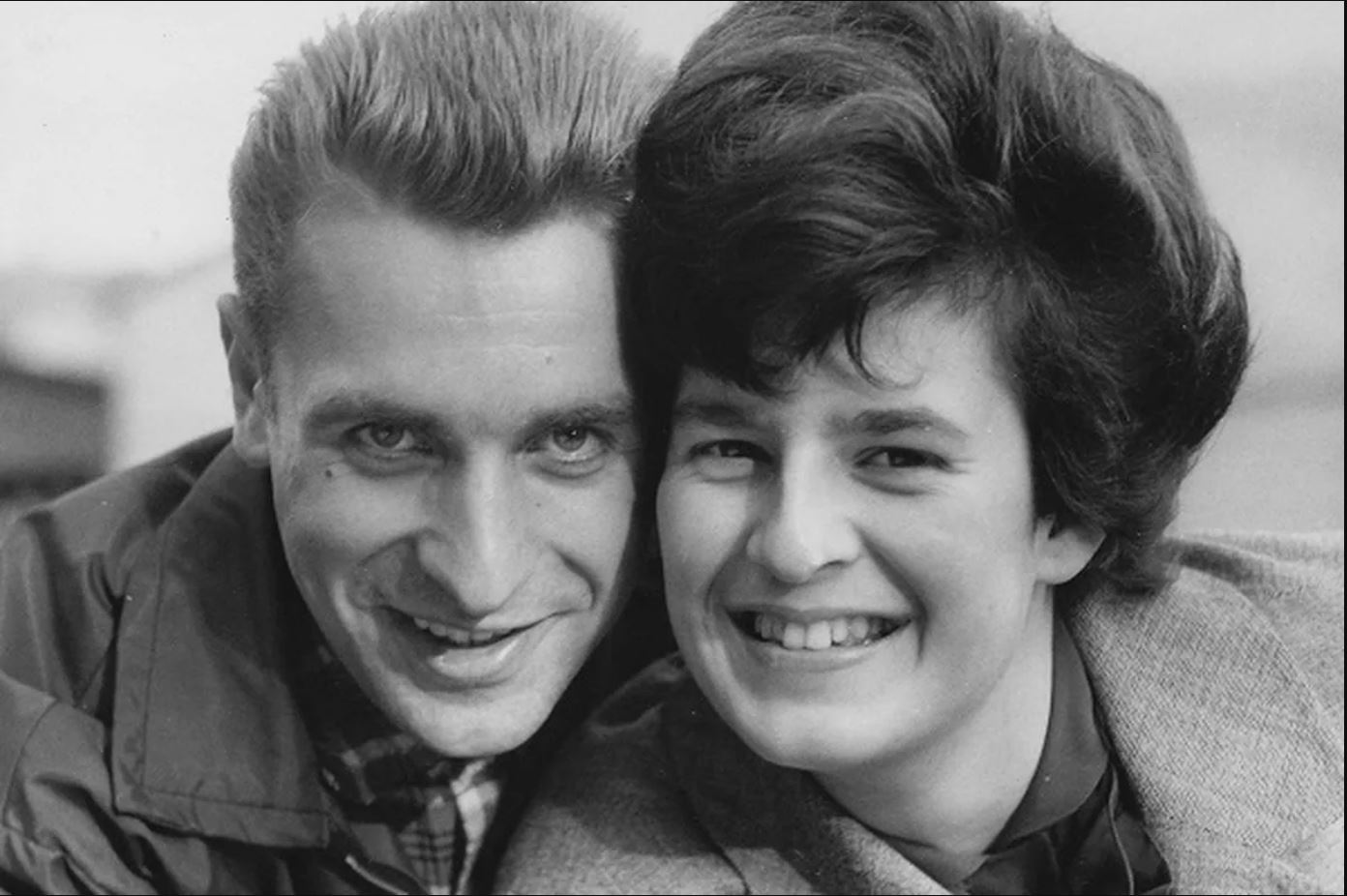 Will Dieter have an opportunity to defect? Is life in the West better or just different? Will the family he leaves behind be victimised because of his actions? Will he ever fully escape from the attentions of the Stasi? 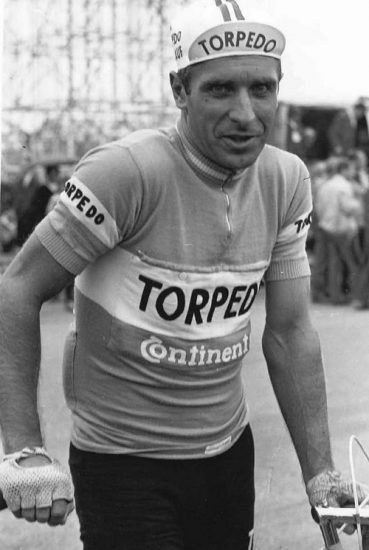 This is a fascinating glimpse into another world that is hard to fully understand now. I was fortunate enough to compete in the World Student Cycling Championships in Moscow in 1986 (before the fall of the Berlin Wall) and I can vividly remember the terrible food, the “minders” in the car that followed us when we went out training, and the floor wardens in the hotel who recorded every time we left our rooms. This book helped to set my brief visit into the wider context.

I found the book utterly absorbing. If you enjoy cycle racing, or history, or a love story, give it a go. You won’t be disappointed.

The BBC interviewed Dieter as part of its Sporting Witness series – the recording is here. And there is a great interview with Herbie here.

For more Ards CC reviews, click here. And if there is anything else you’d like to see reviewed, just let us know. 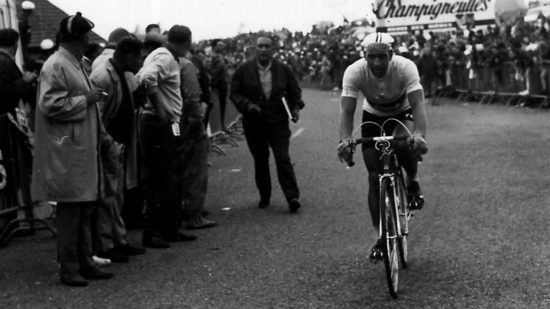