A warm evening with a stiff breeze made for a fascinating road race at Carrowdore this evening. Here’s how it unfolded.

A big limit bunch set off at 7pm for 5 laps of the Carrowdore 100 circuit. 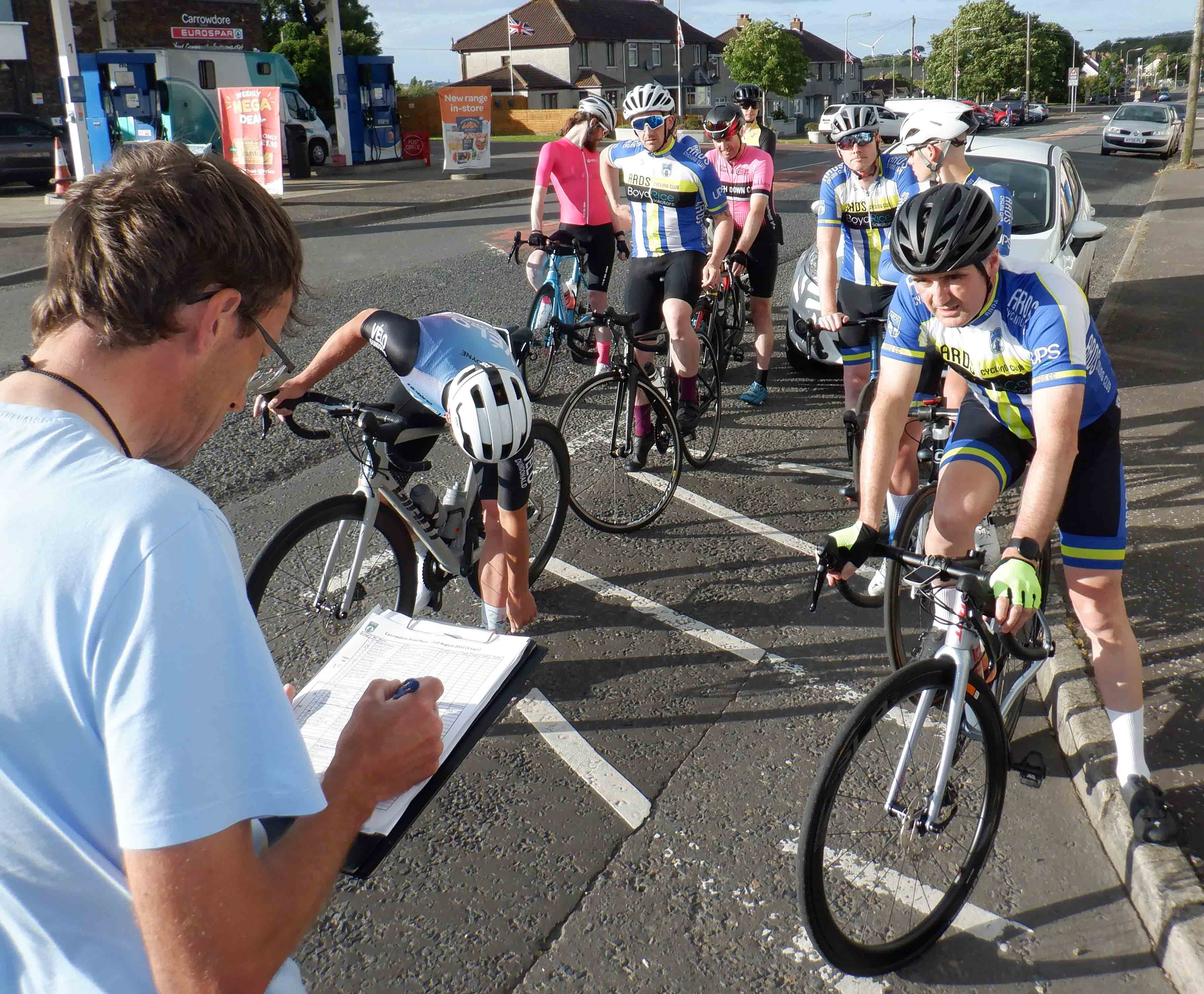 A couple of riders were “promoted” from the front group to the middle group following strong rides in earlier club races. Paul ticks off the names, and decides 4 minutes is a fair gap. 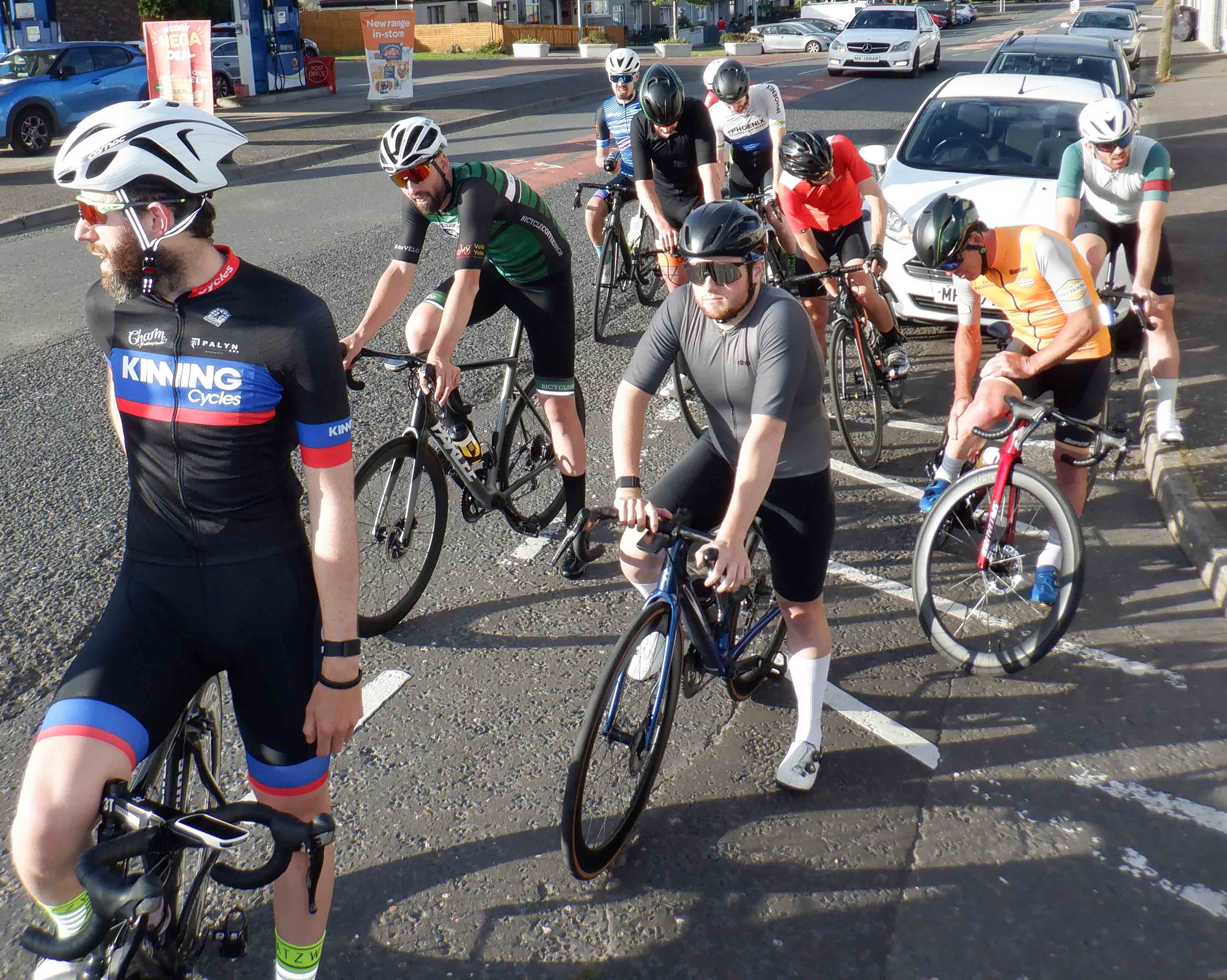 Scratch also looked strong. After some debate, they were set off a further 4 minutes back – the same gap that they successfully overcame in the last Carrowdore race. 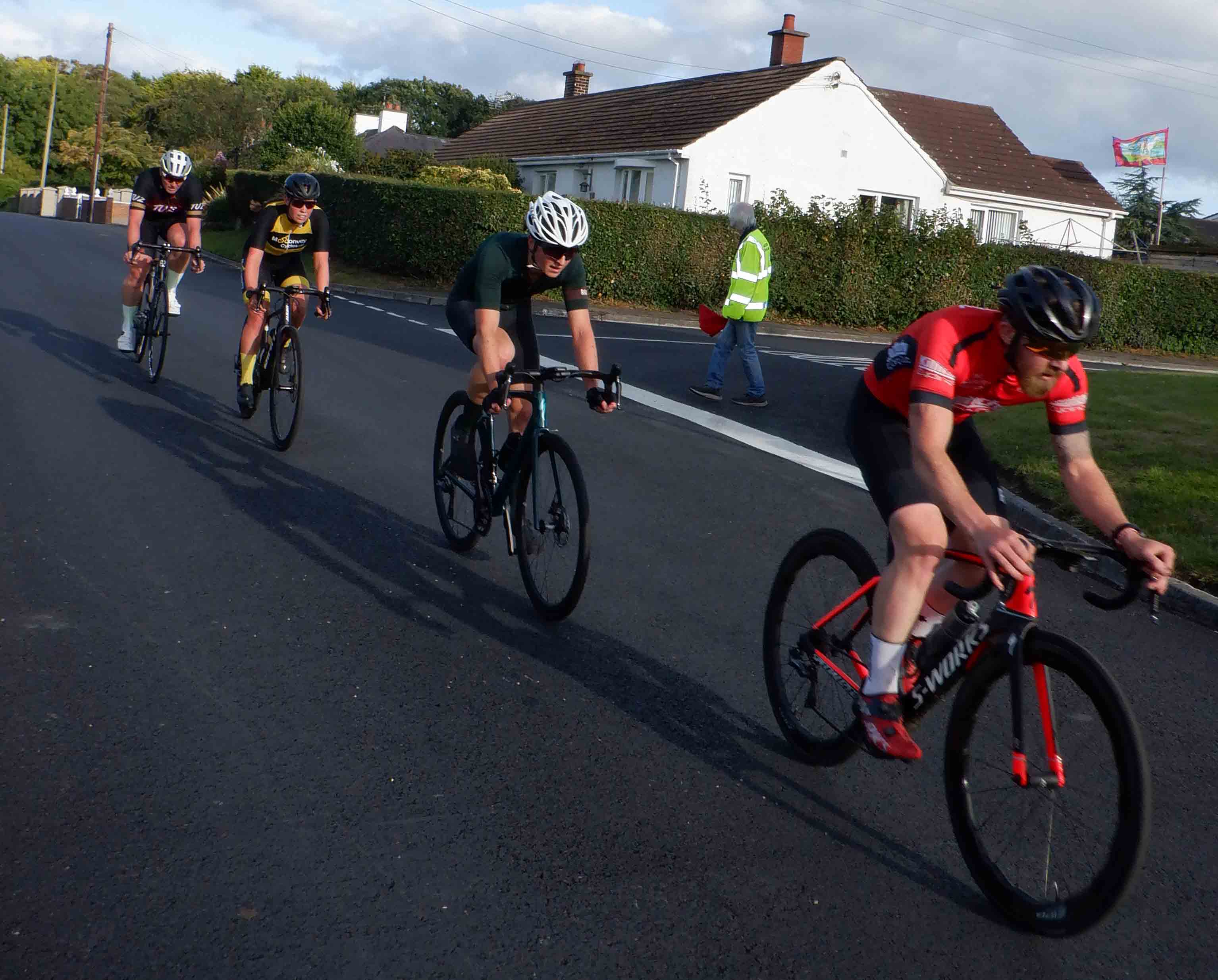 Other riders from the limit group continued to chase diligently. 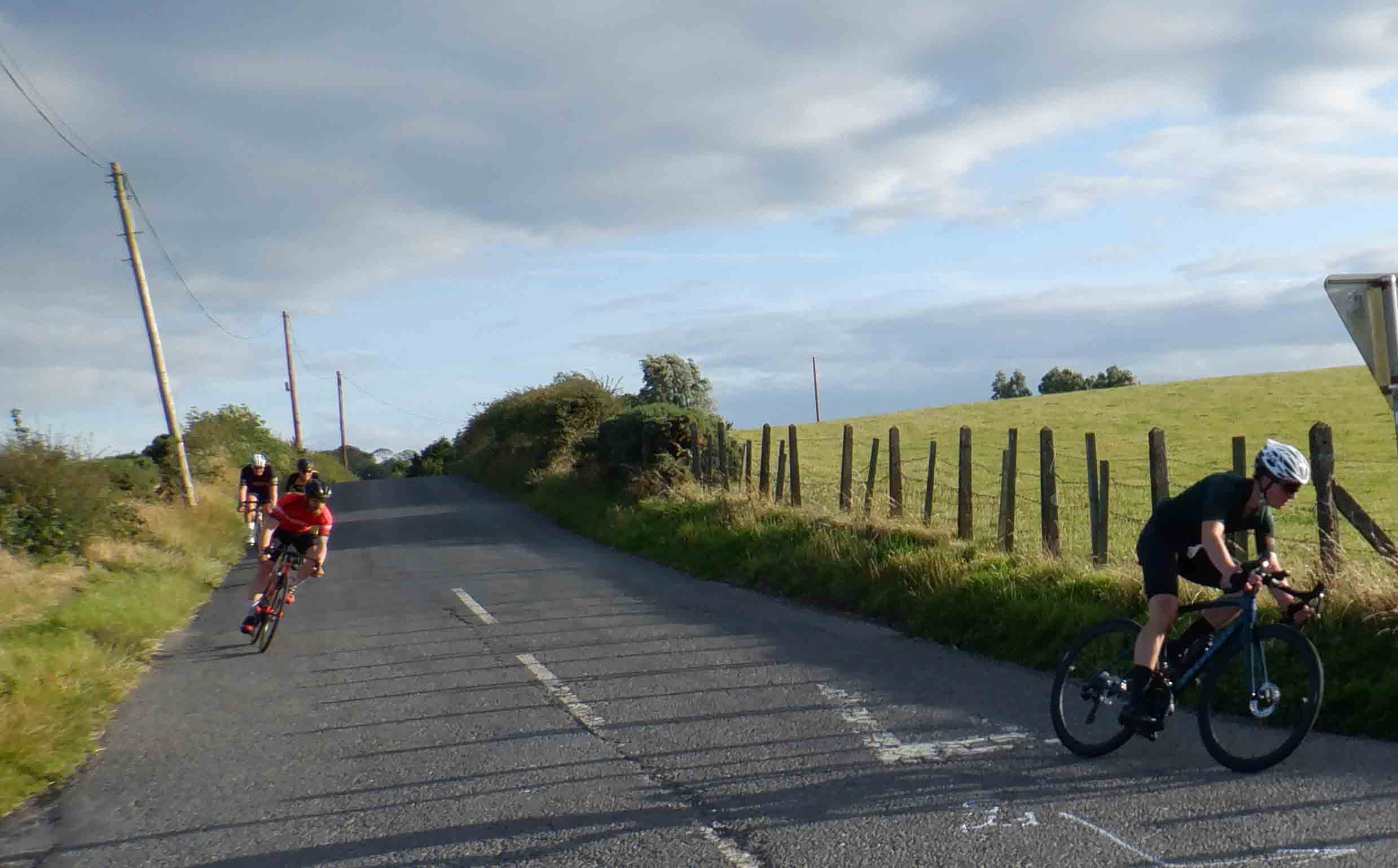 Half way round the second lap and the leading 4 were looking strong. The middle group had only gained about 30 seconds and scratch about 2 minutes.

On the third lap, scratch were looking fast but still had over 4 minutes to make up. 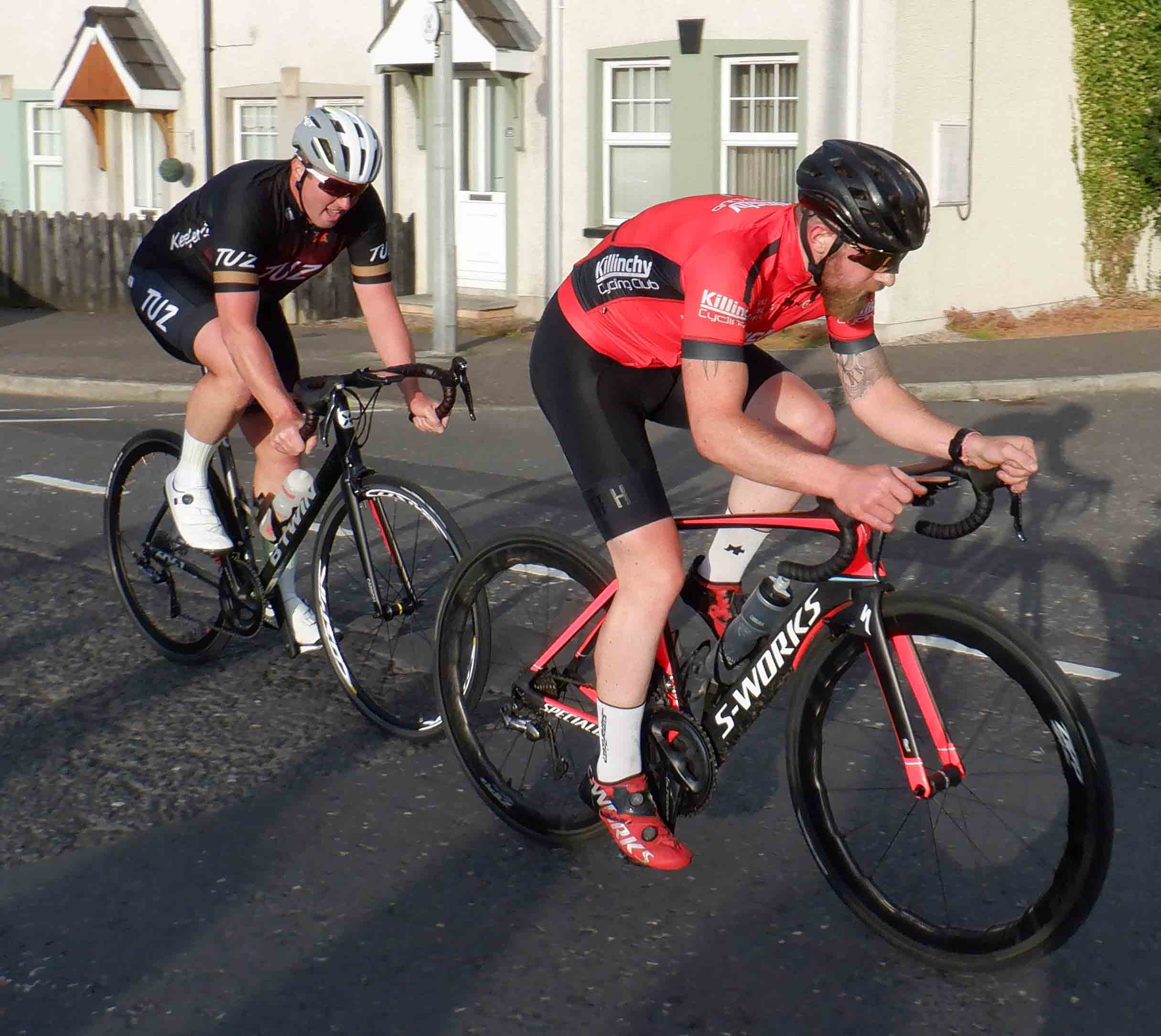 Unfortunately Joe punctured and Amelia lost contact, leaving just 2 at the front on the fourth lap. 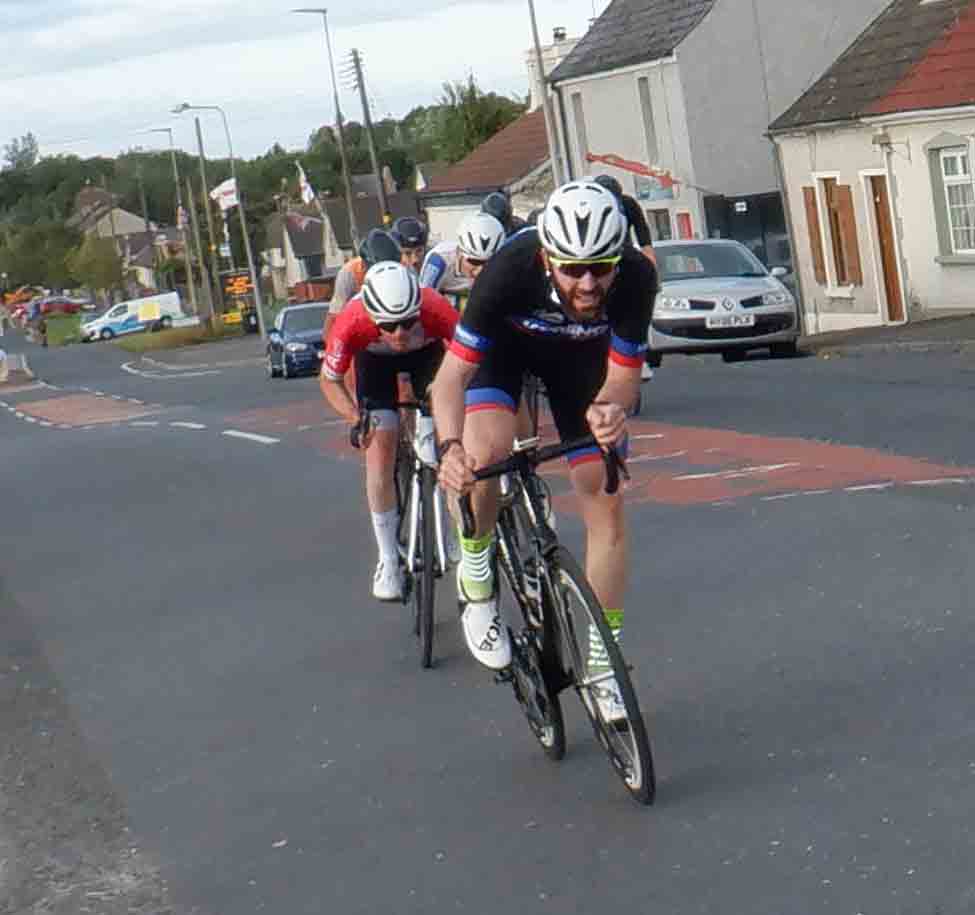 With a lap to go scratch had caught the middle group, and Ian Inglis (Kinning Cycles) was leading the charge. Could the leading pair hang on?

At the finish Ross sprinted to victory from hard working Jonny. Ross was a regular winner here in the late 1990s, and it was great to see he hasn’t lost his famous sprint finish. 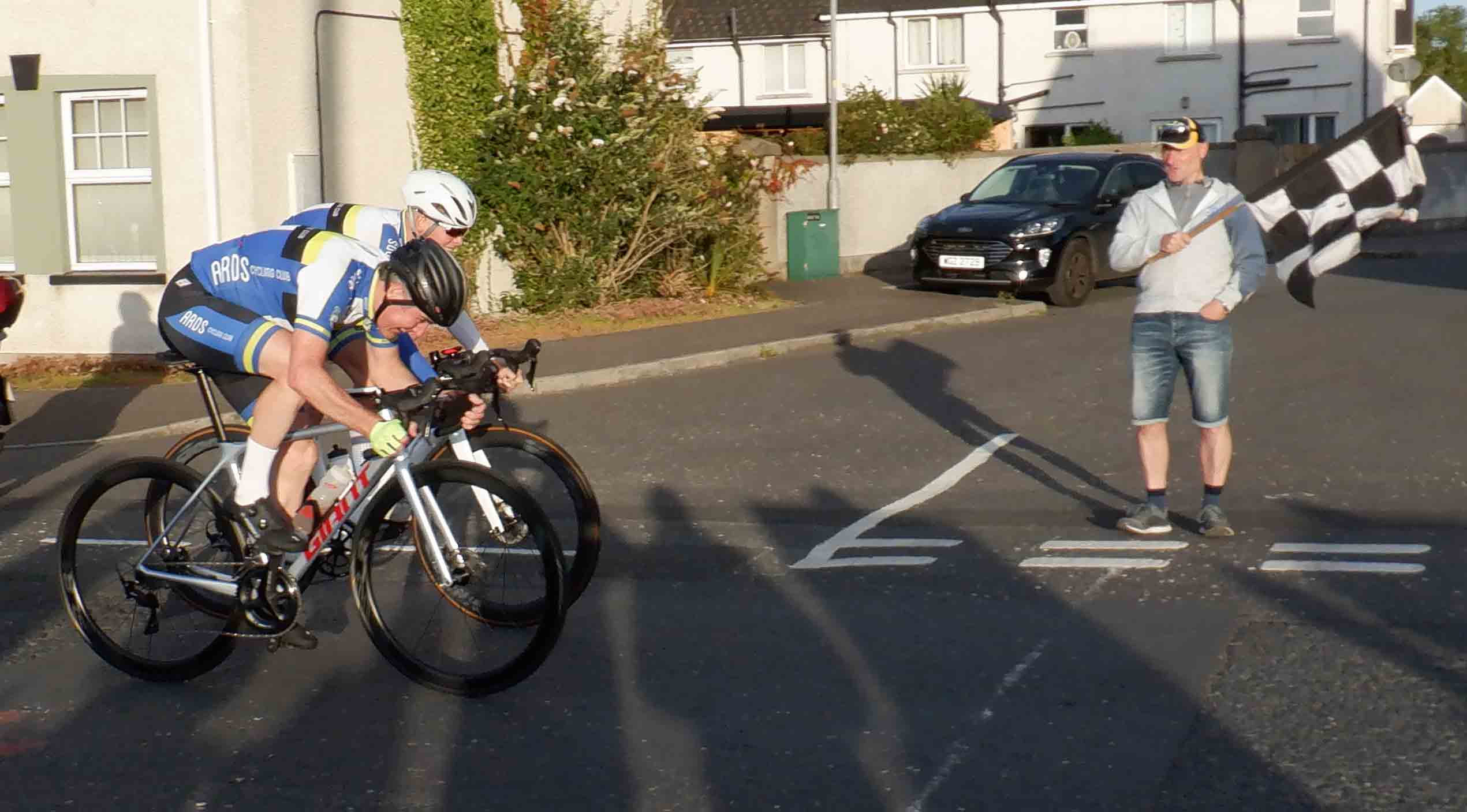 The next group had cut the gap to less than a minute. Marc Allen (Ards CC) took the sprint for third from, Ed Kearney (Phoenix) and Ian Inglis (Kinning Cycles). In this picture, Kirk Sloan just got past Karl Rockett to take second Ards. 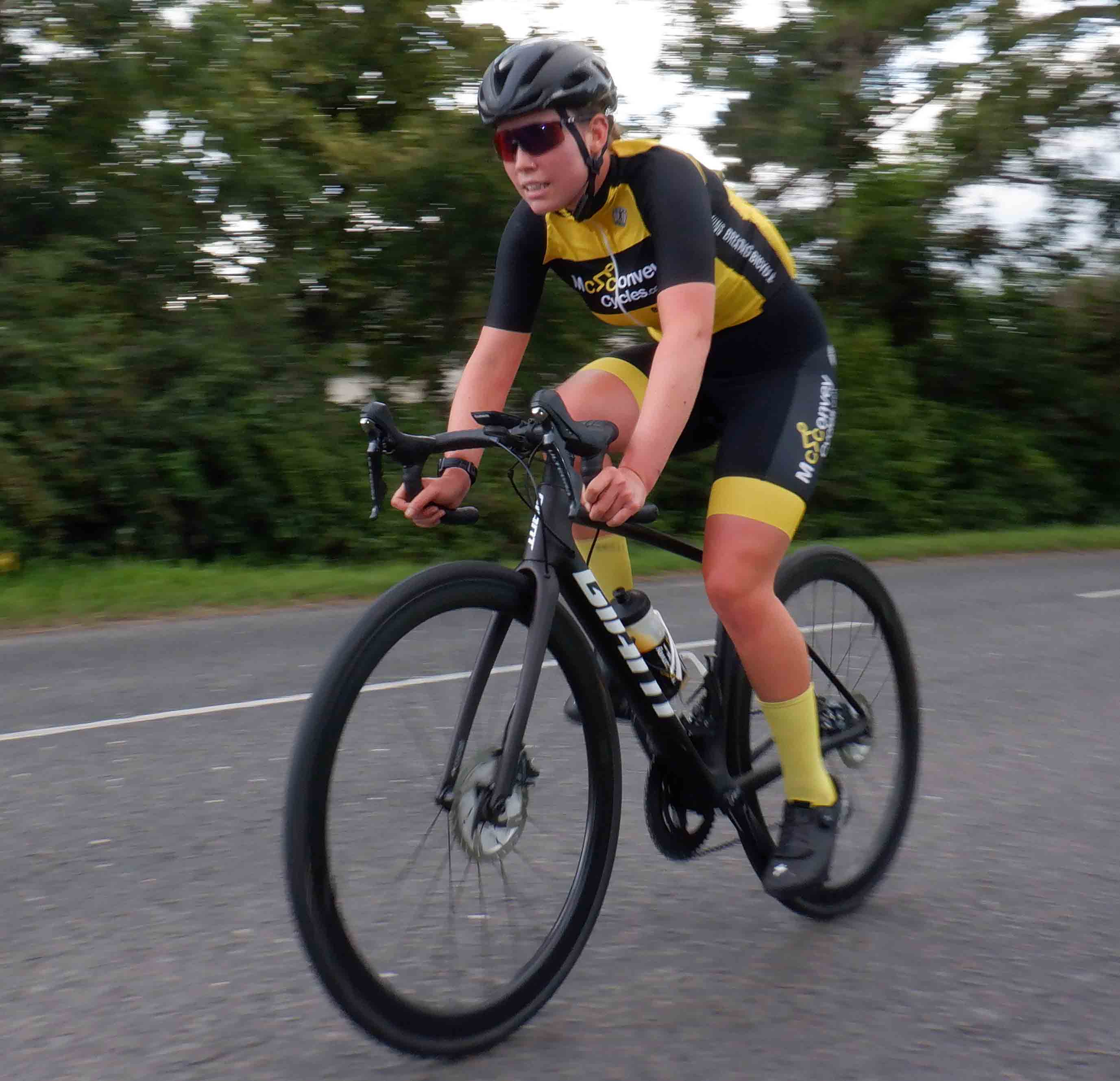 And here are the top six Ards CC riders

Finally, here are the latest standings in the club Road Race Trophy with one race to go. Marc Allen has taken a small lead, but any of the top 5 riders could still win so there’s all to play for at Ballygowan in a couple of weeks’ time.

Thanks as always to our marshals, lead motorcycle, time keepers and judges. We like to start them young! It was also good to see Alan Rodgers down tonight and helping out.