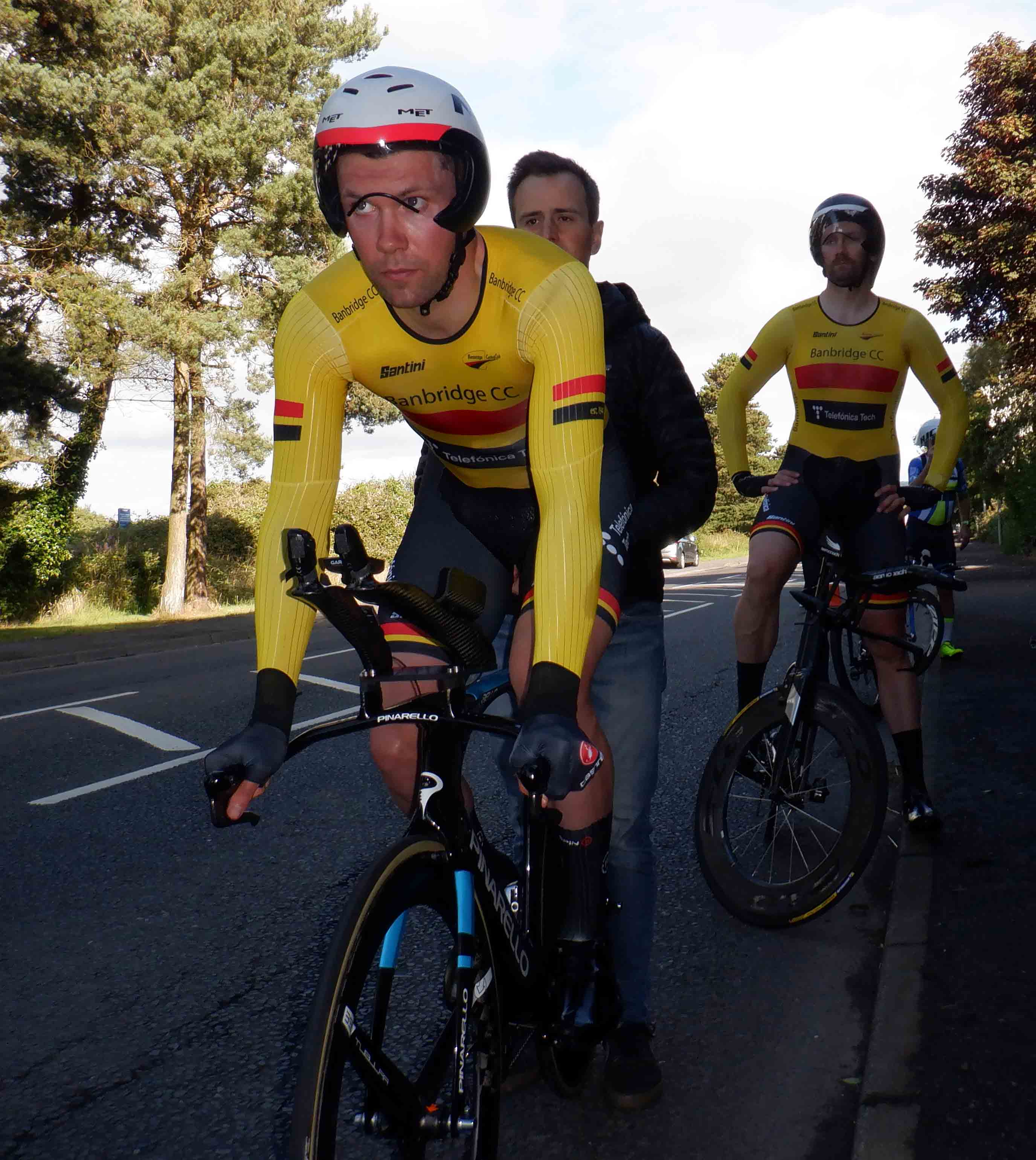 Conditions were good for this morning’s Champion of Champions 25 mile time trial, with warm sunshine and a light breeze helping the riders to the turn. Unfortunately, despite the earlier start time of 9am, there was still quite a bit of traffic, plus roadworks in Kircubbin which slowed some riders. Sorry about that.

Marcus Christie (Banbridge CC) flew to the turn in just over 24 minutes. Erwin McKee (Banbridge CC) and Ian Inglis (Kinning Cycles CC) were dicing for second place about two minutes behind, with Paul Carroll (unattached) a further minute back. 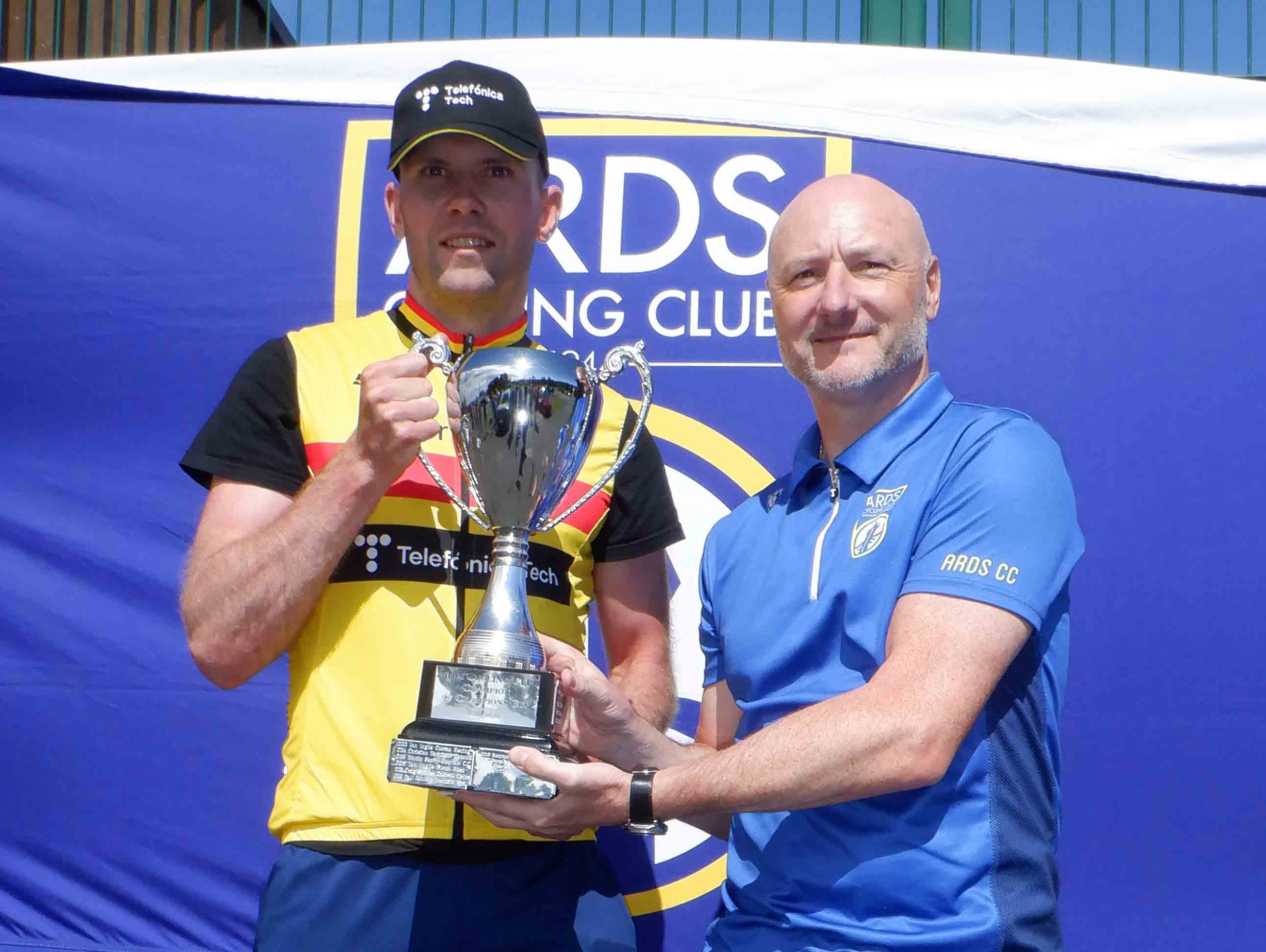 Marcus is presented with the Champion of Champions 25

On the tougher return leg into the wind, Marcus continued to pull away to finish with a hugely impressive time of 50:24. The fight for the minor places was much tighter, with Paul fighting back to take second by just three seconds from Erwin. 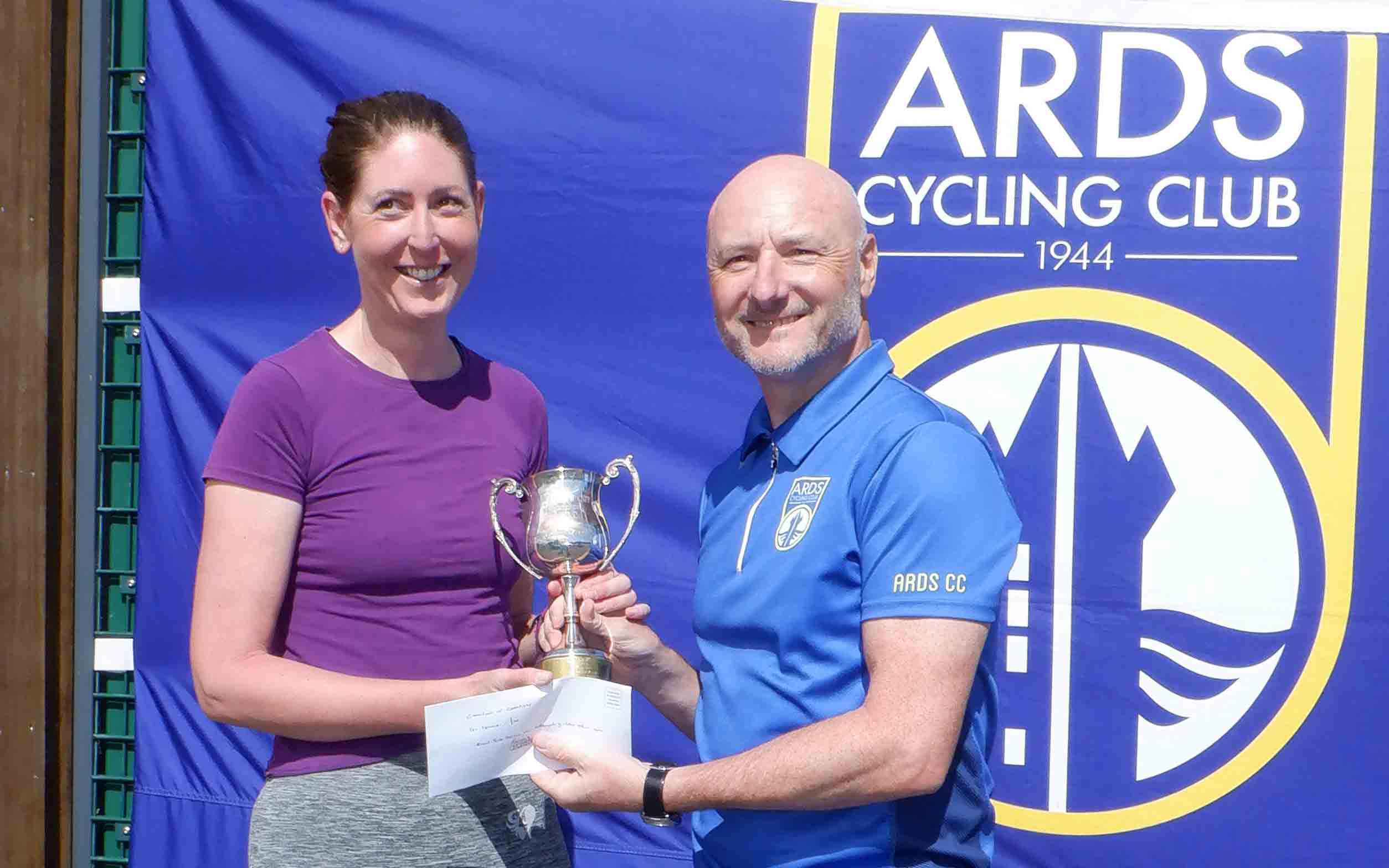 Hazel Smyth (unattached) is presented with the women’s trophy. 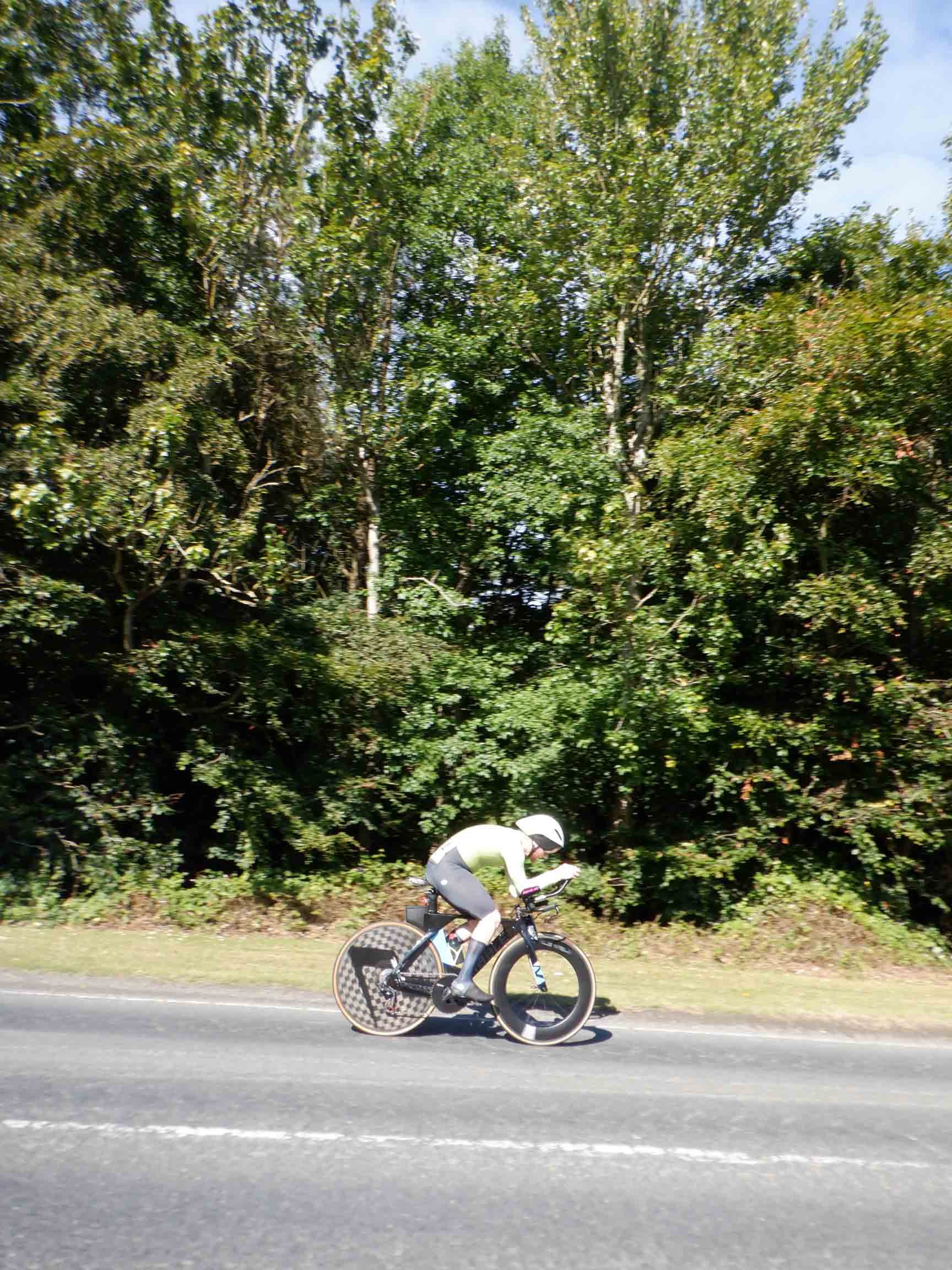 The race was also the final round of the Ards CC McFarlane Trophy competition, for all club 10 and 25 mile time trials on a scratch basis. Marc Allen extended his lead to take a well deserved win. 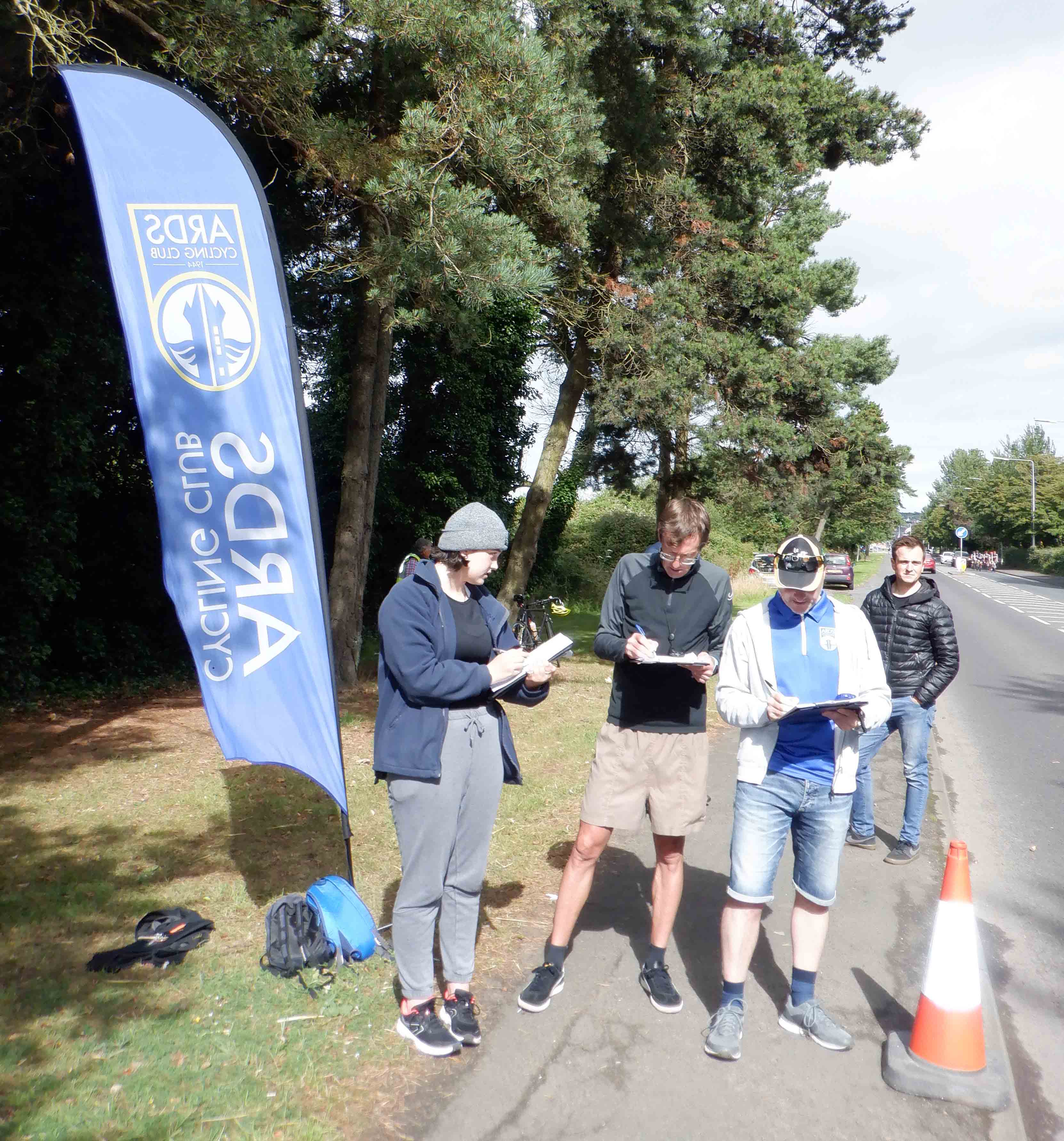 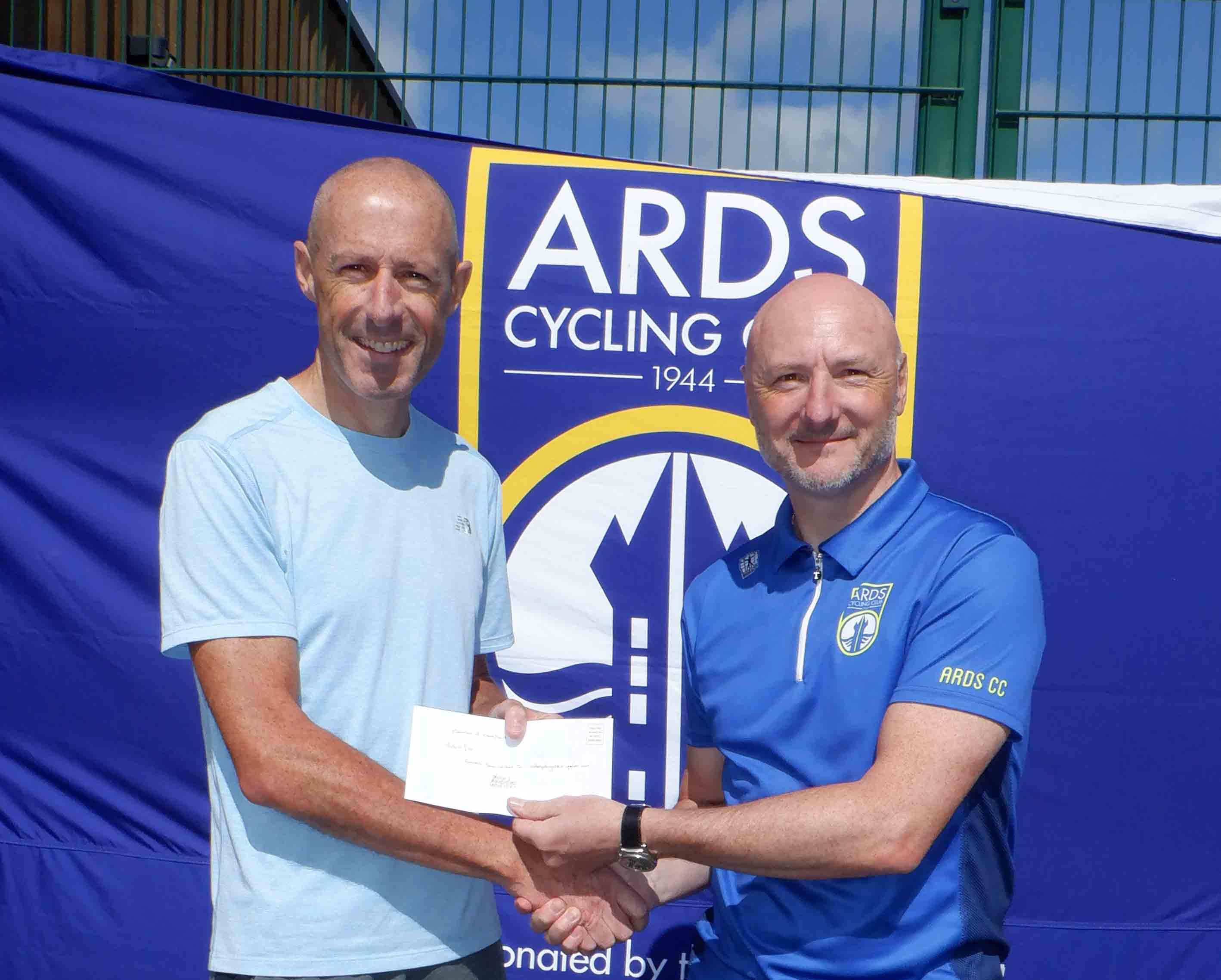 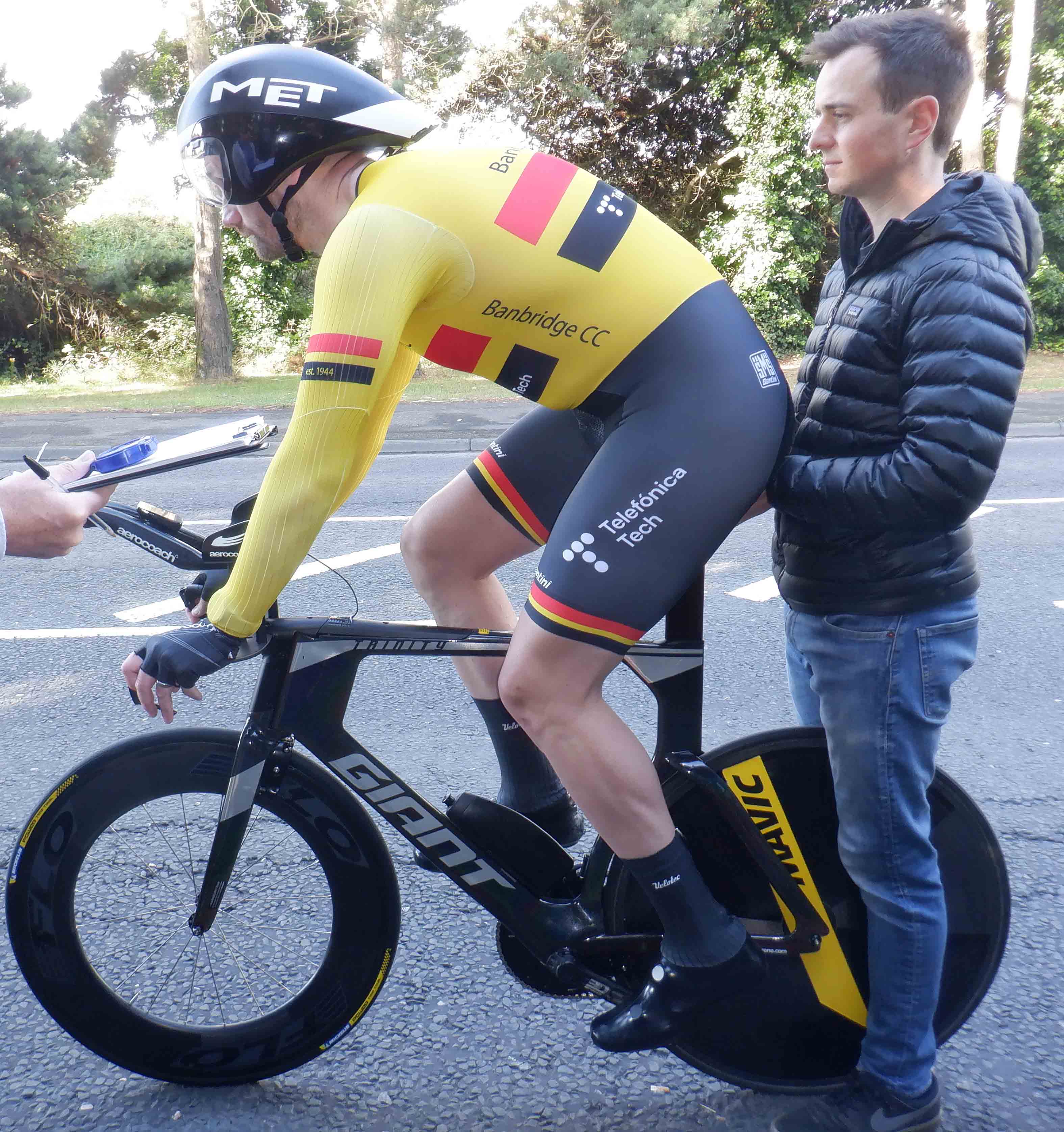 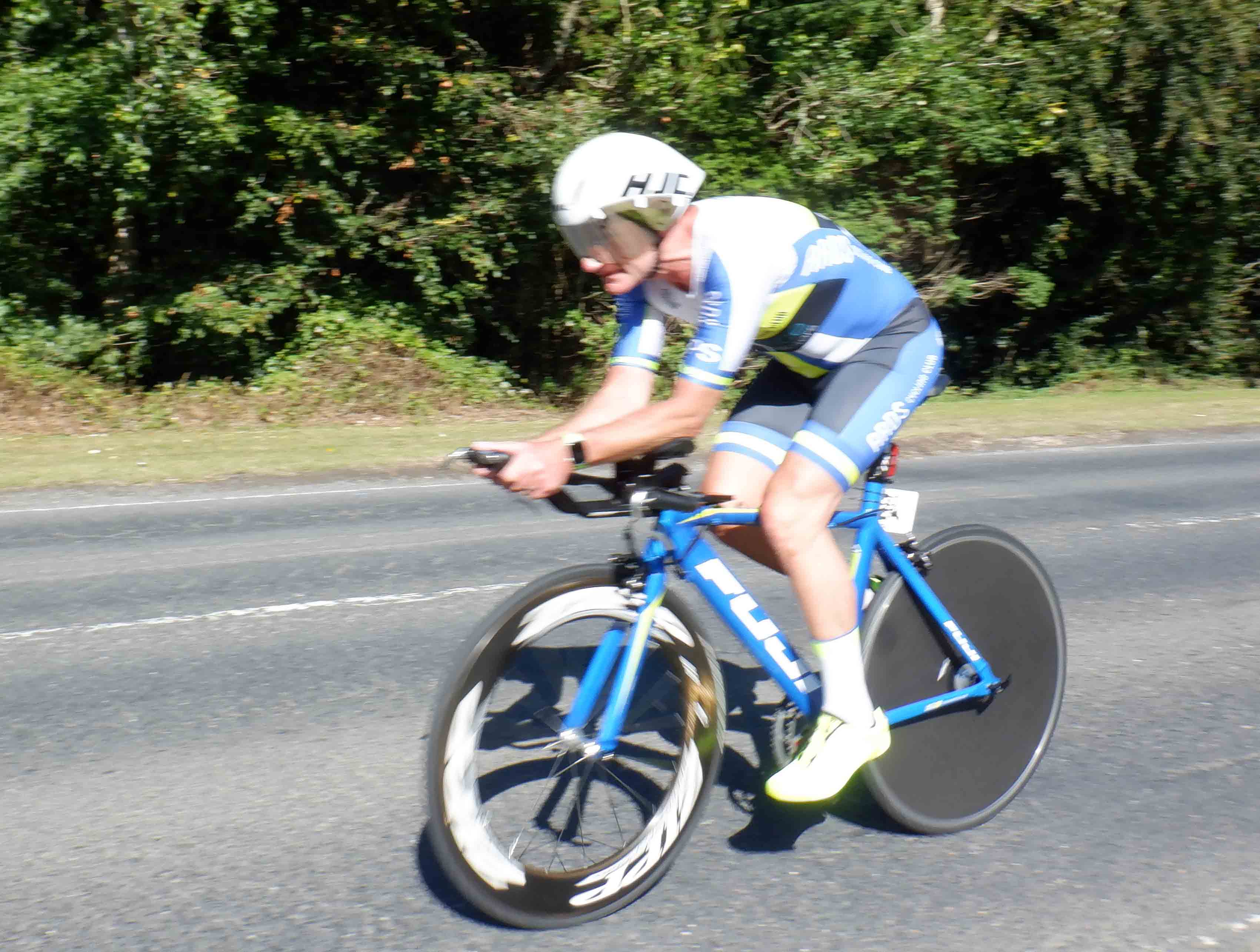 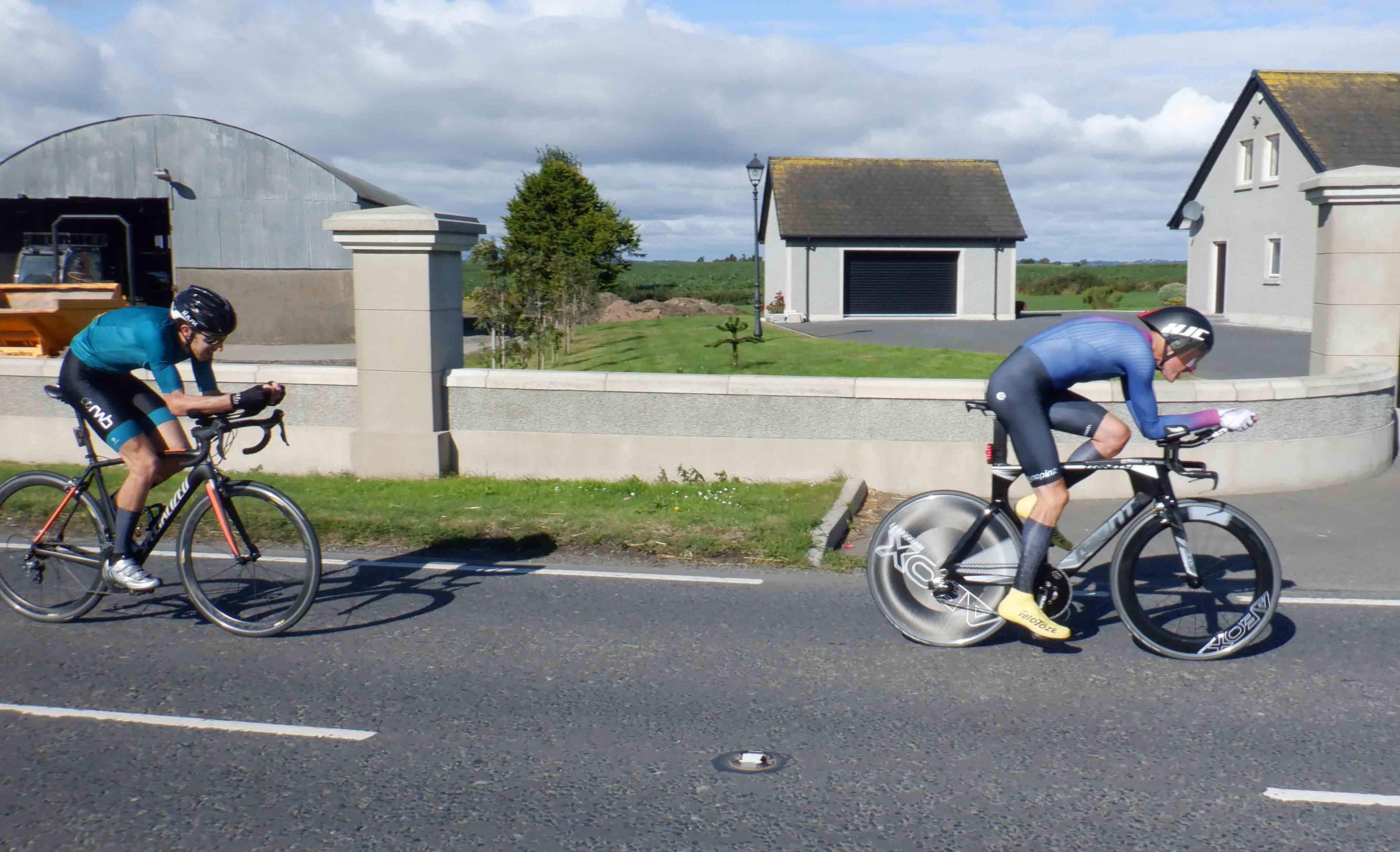 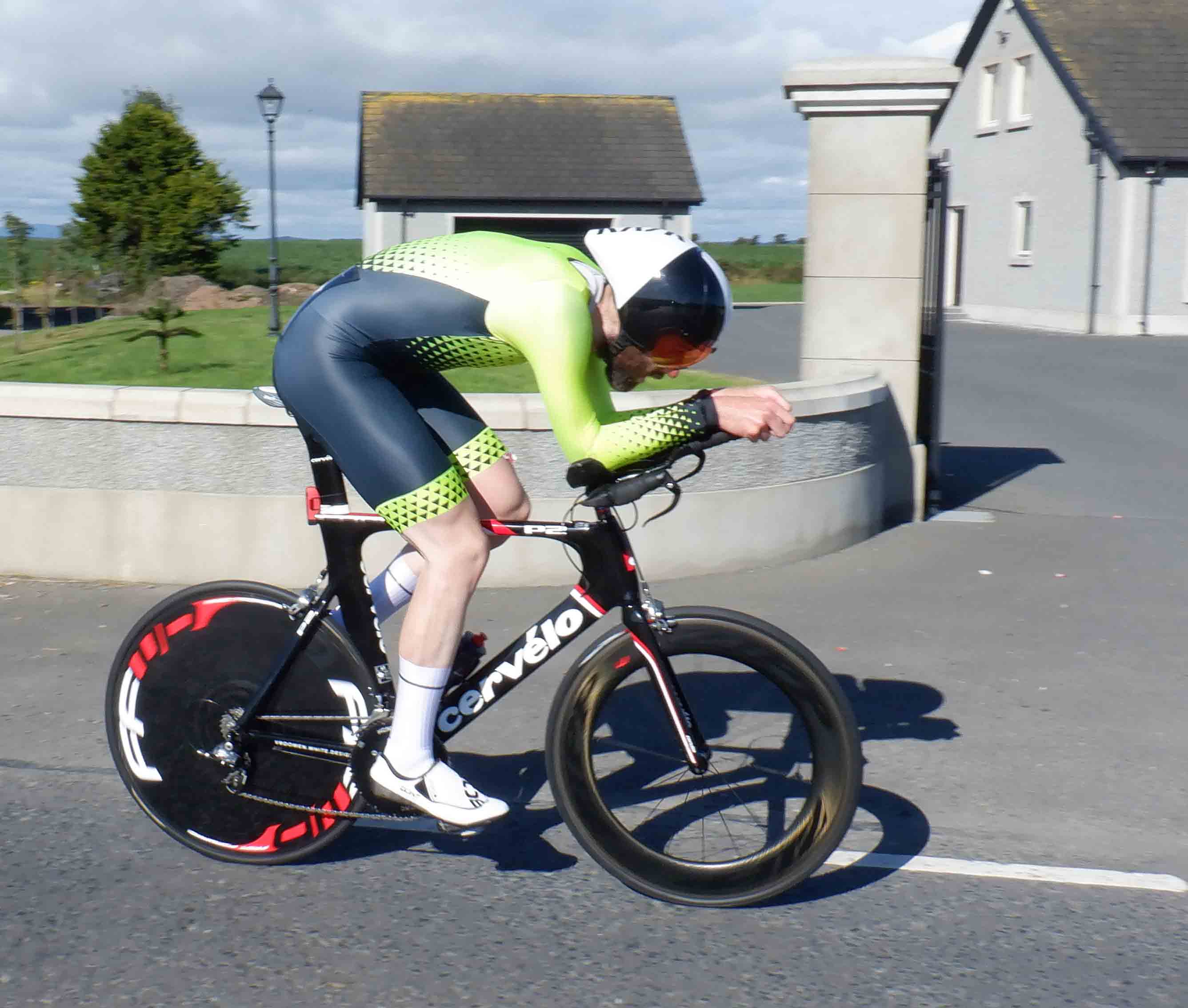 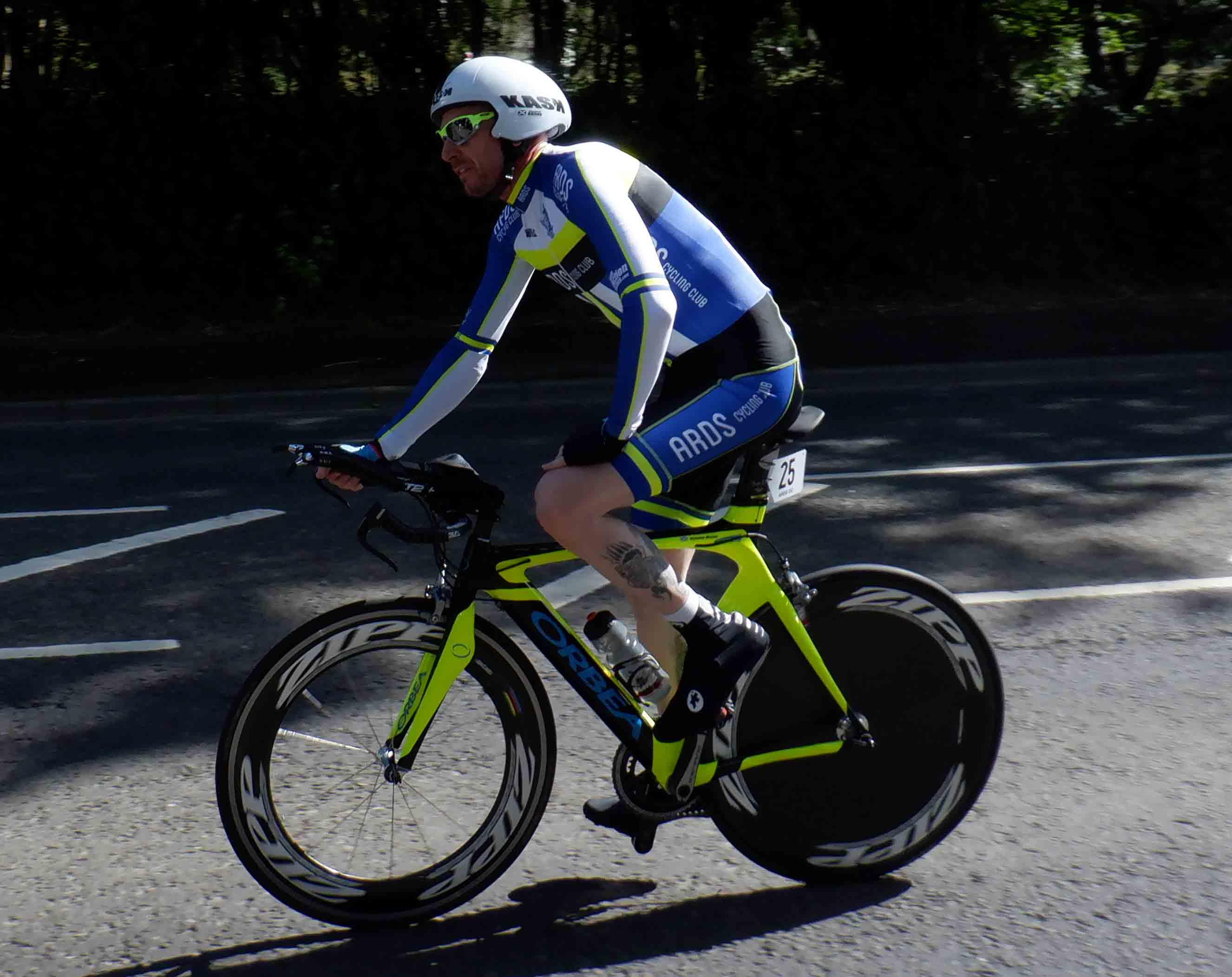 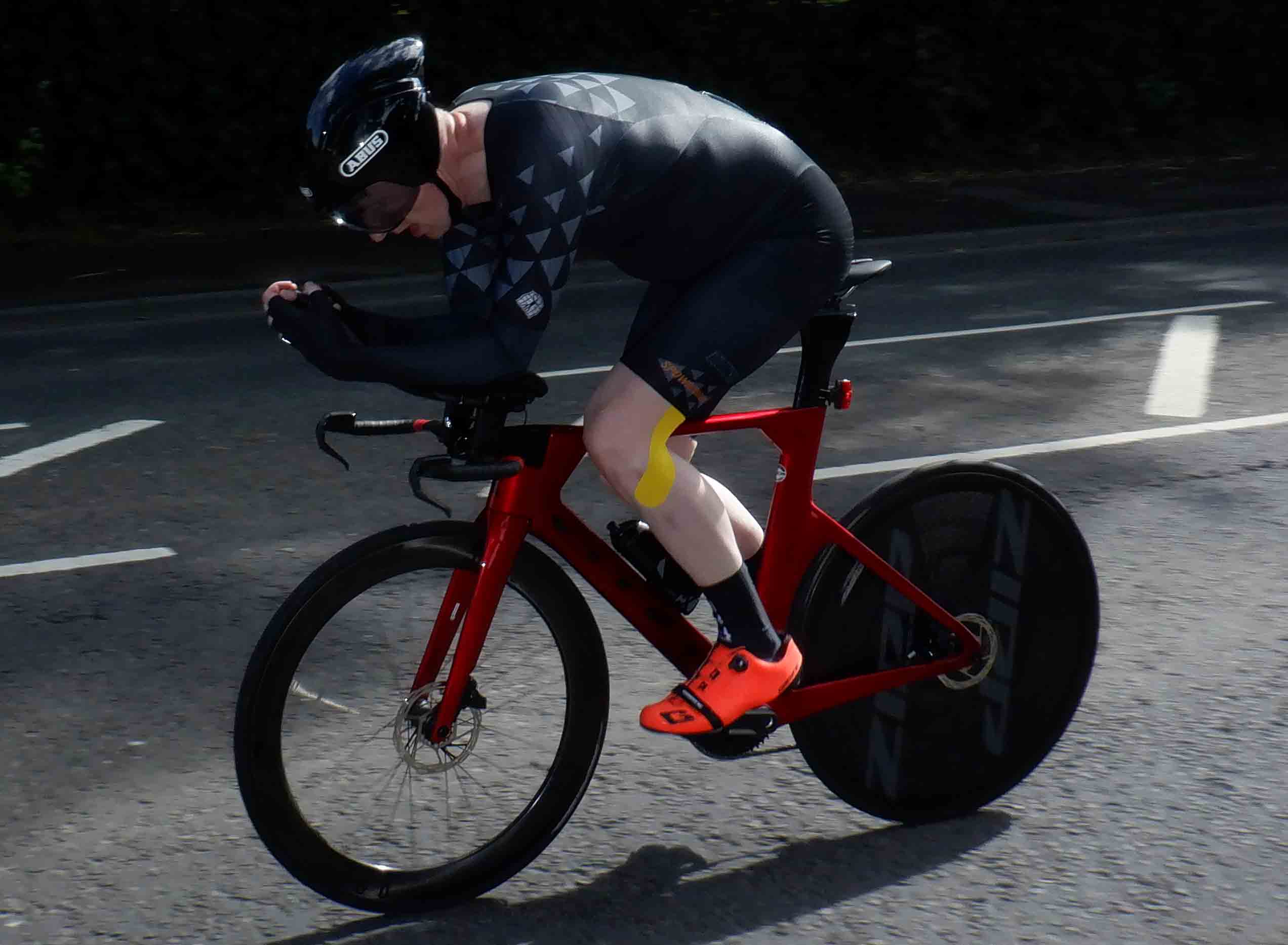 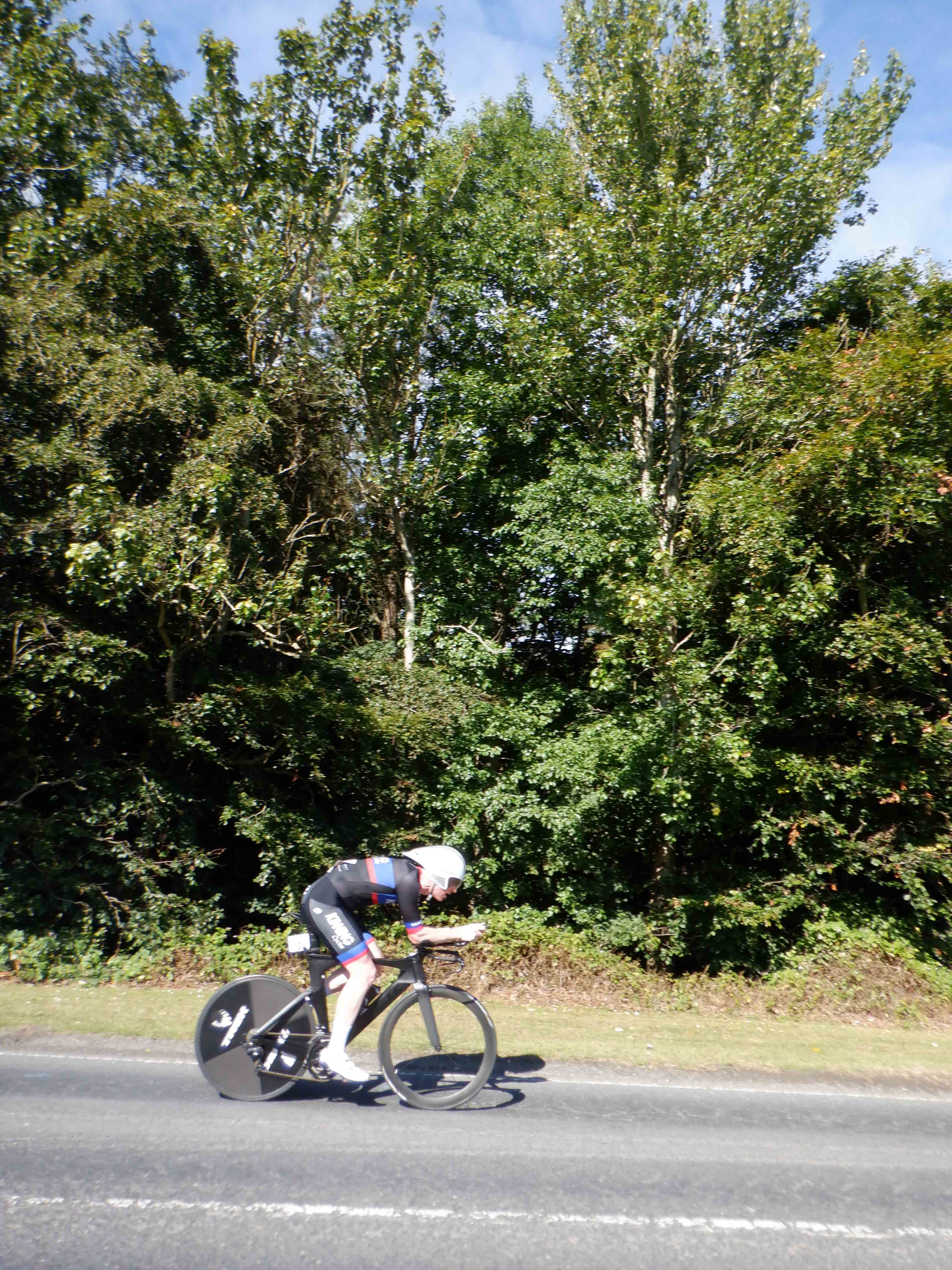 All rounder Glen Kinning (Kinning Cycles) was already asking about our Mountain Bike race in August. We’ll be sharing more details shortly – see you there!