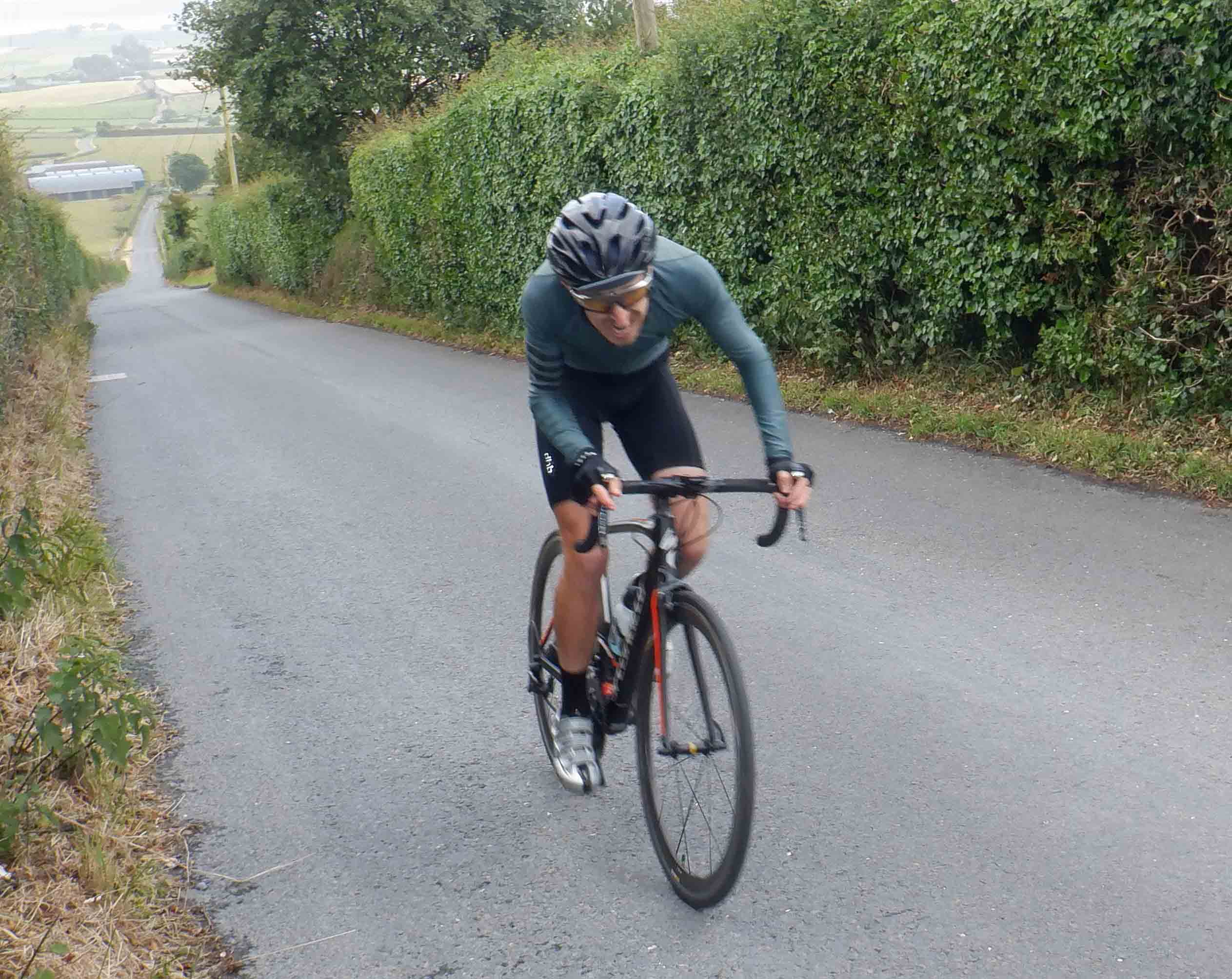 Stuart Miler powers to the finish

It’s hard to explain the attraction of hill climbs. Pain? Suffering? The reward of the descent? Views? Whatever it is, Scrabo has it in bucket loads.

After a wet and windy day, the clouds cleared long enough this evening to give the riders a dry ride, with a strong tailwind on the final steep metres to the top.

Stuart Miller was in dominant form, posting an excellent 5:03 to take a clear win. The battle for second was much tighter, with Andrew Hedley finishing just 1 second ahead of Marc Allen.

It was encouraging to see a couple of younger riders carrying on the strong history of hill climbing in the Ards club, with Karl Rockett (U16) posting a fast 6:17, and Jamie Rockett (U14) recording 3:21 over the final kilometre (new Cycling Ireland rules limit U14 riders to 1km hill climbs). 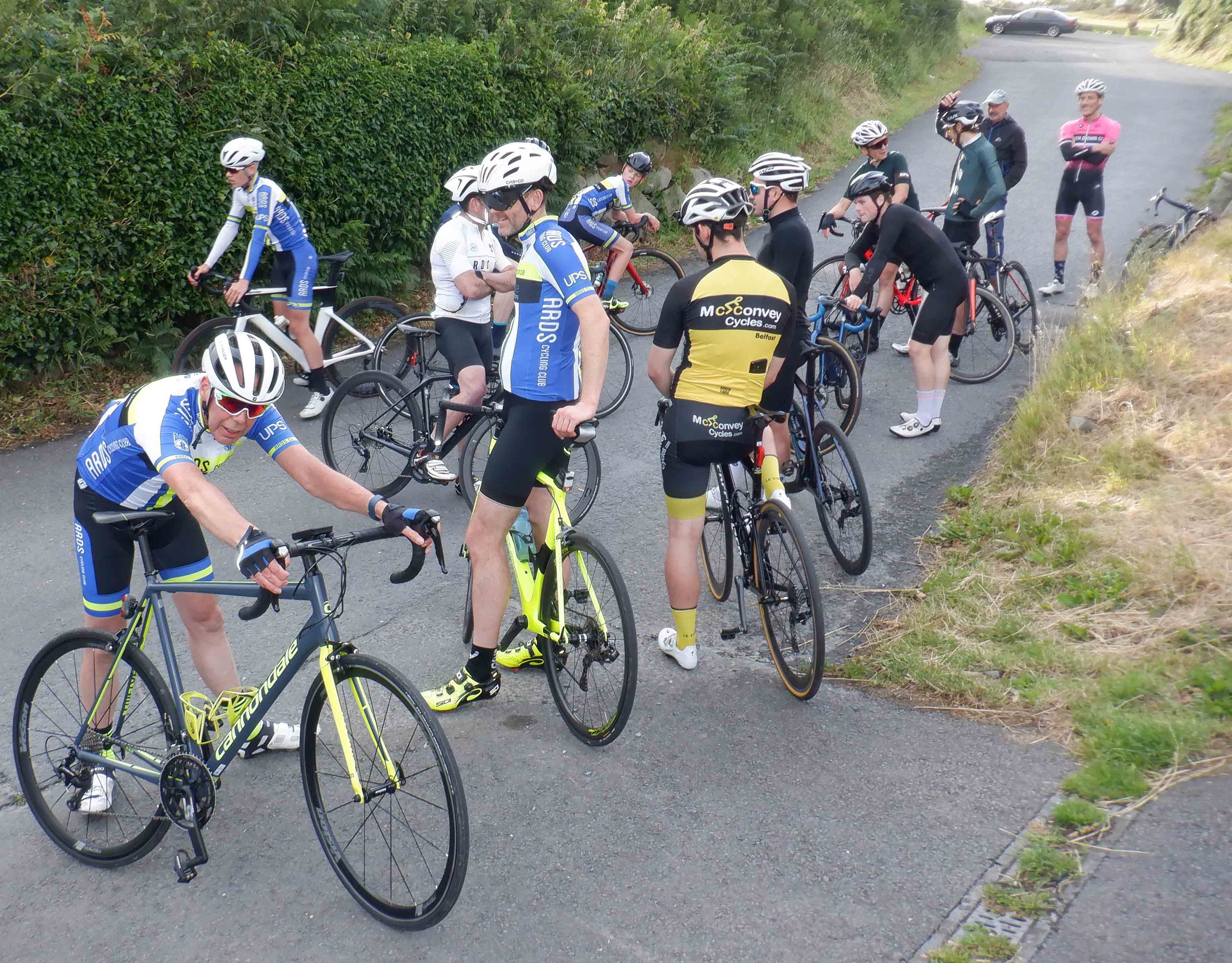 Most finishers didn’t make it too far past the line before collapsing. 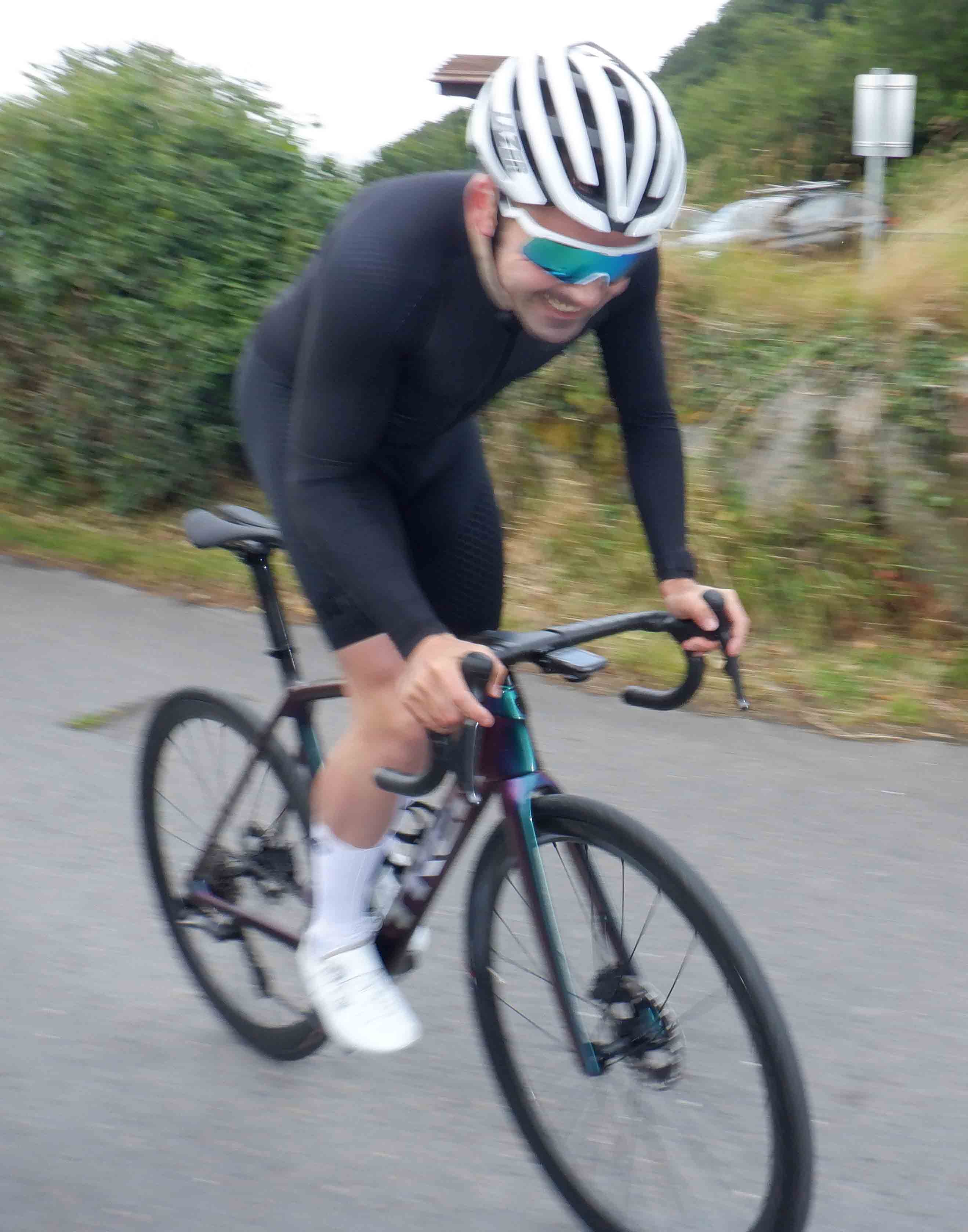 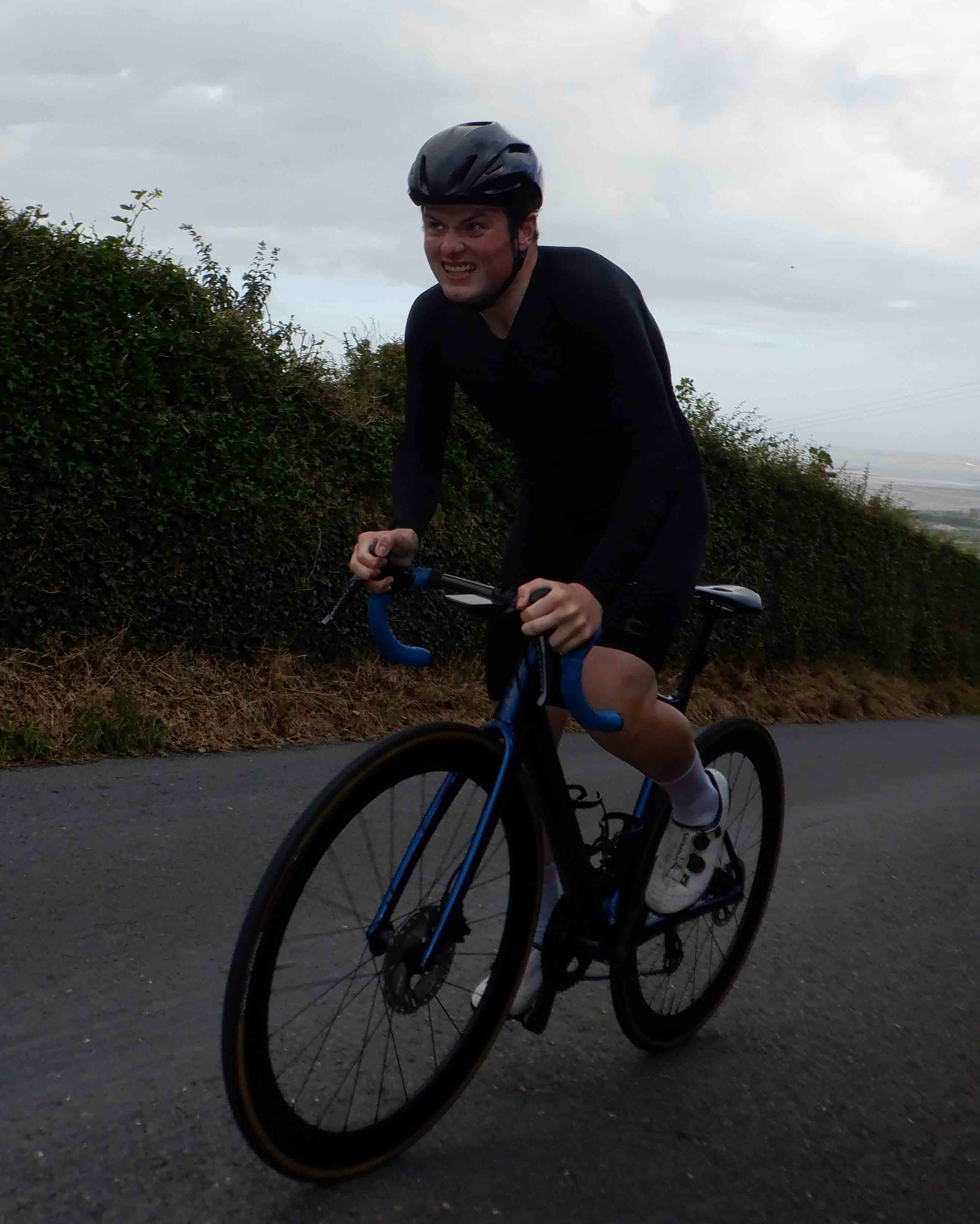 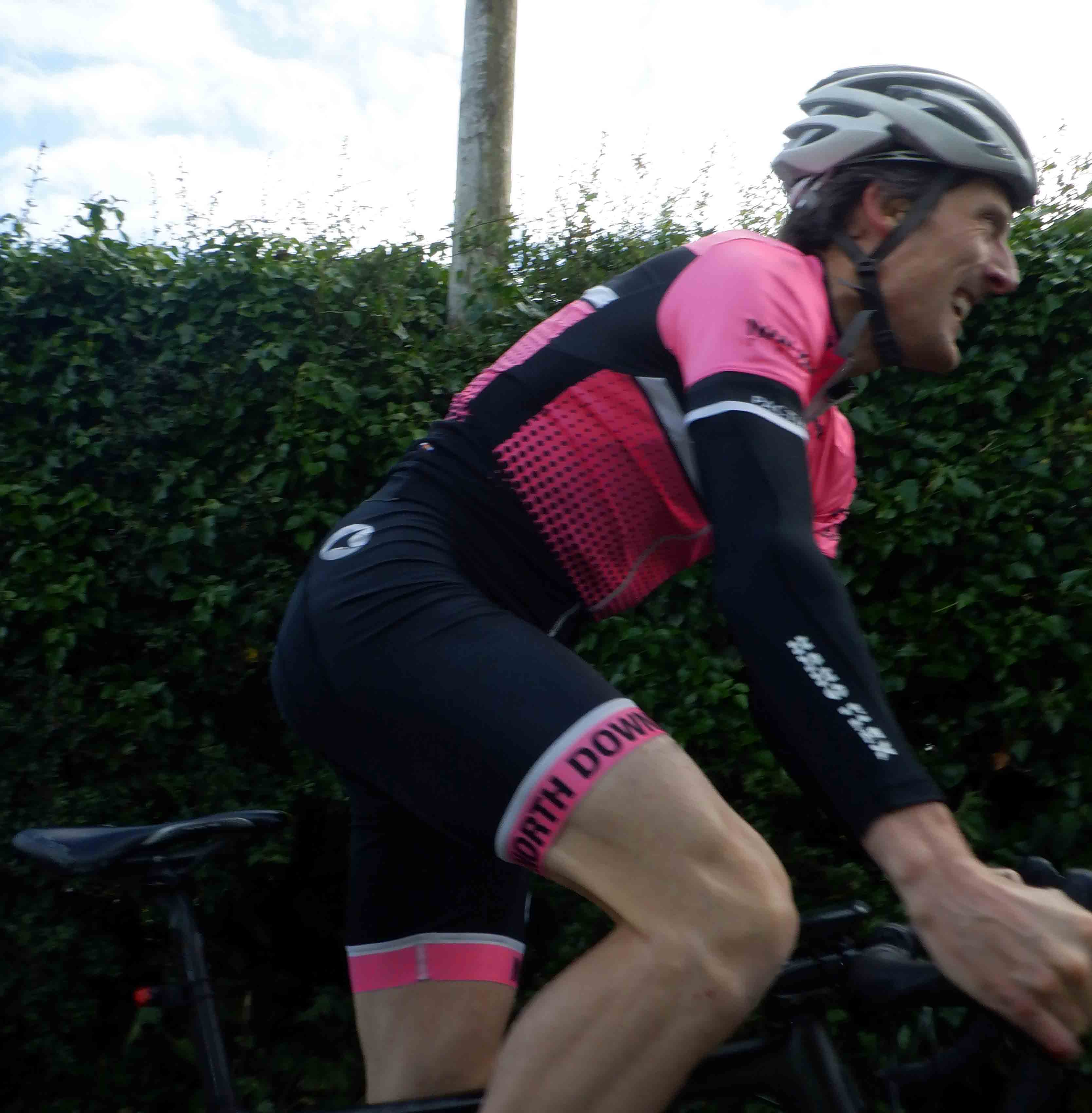 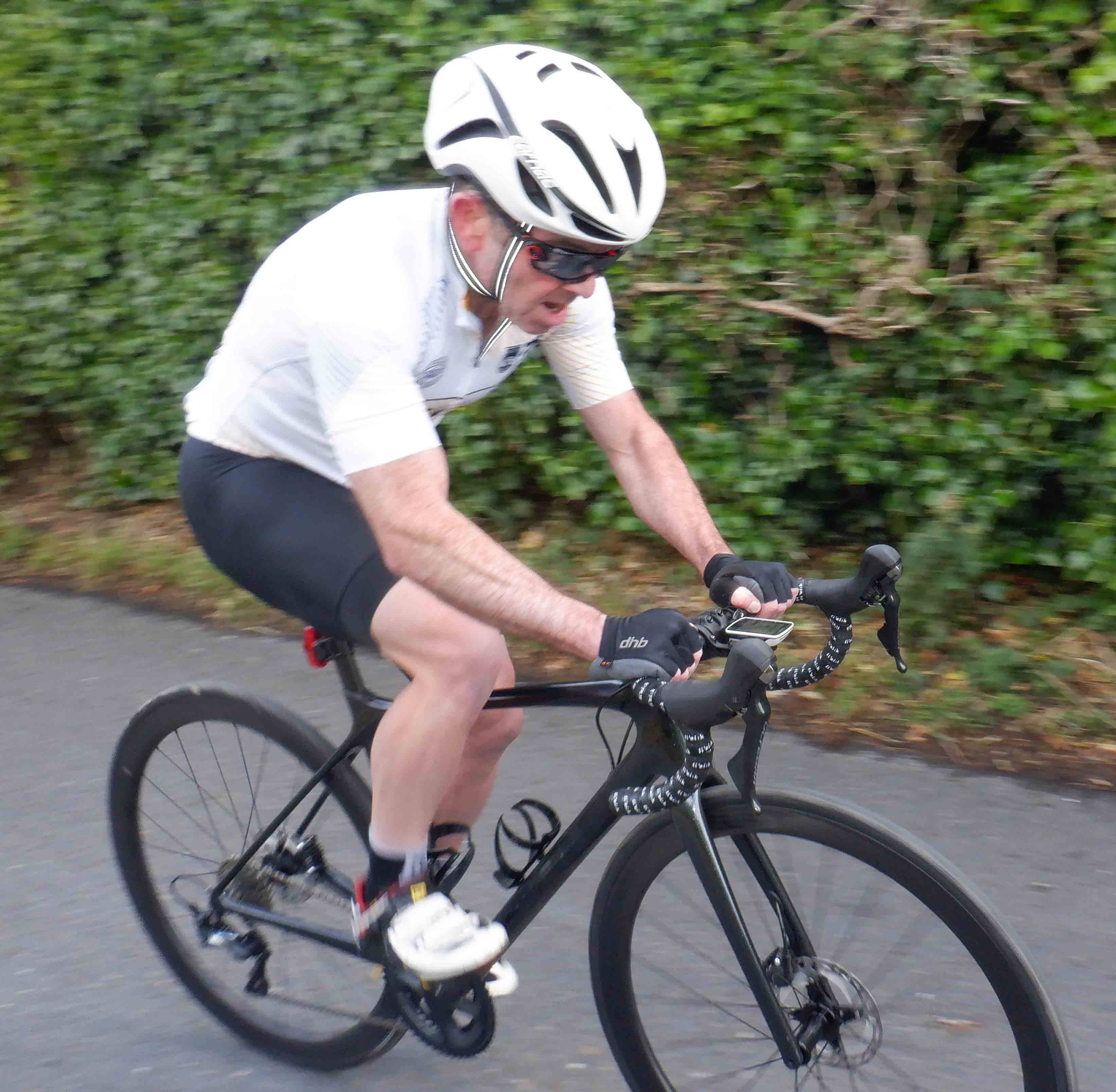 Ian Carson looks in control on his way to 5th equal.. 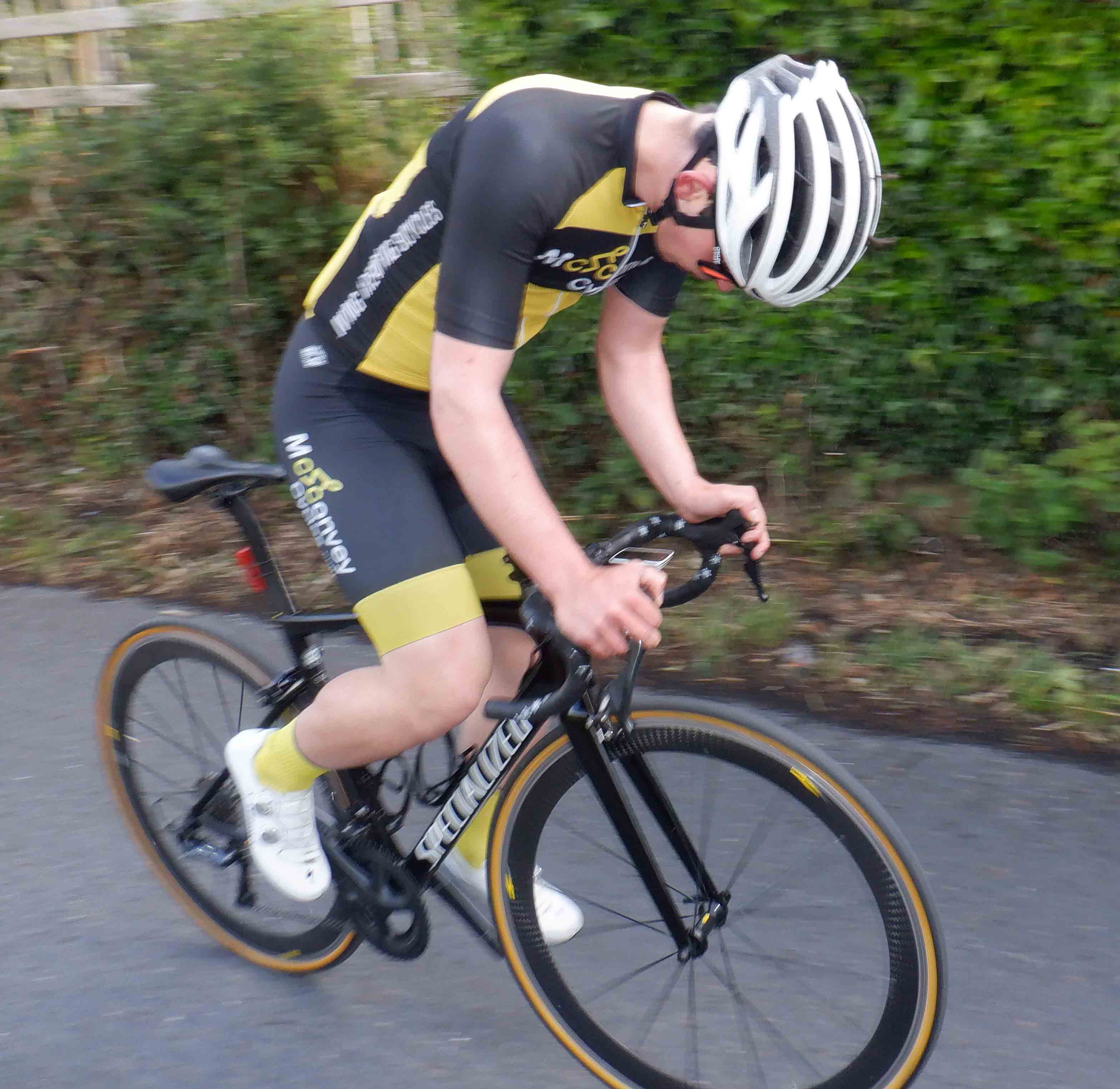 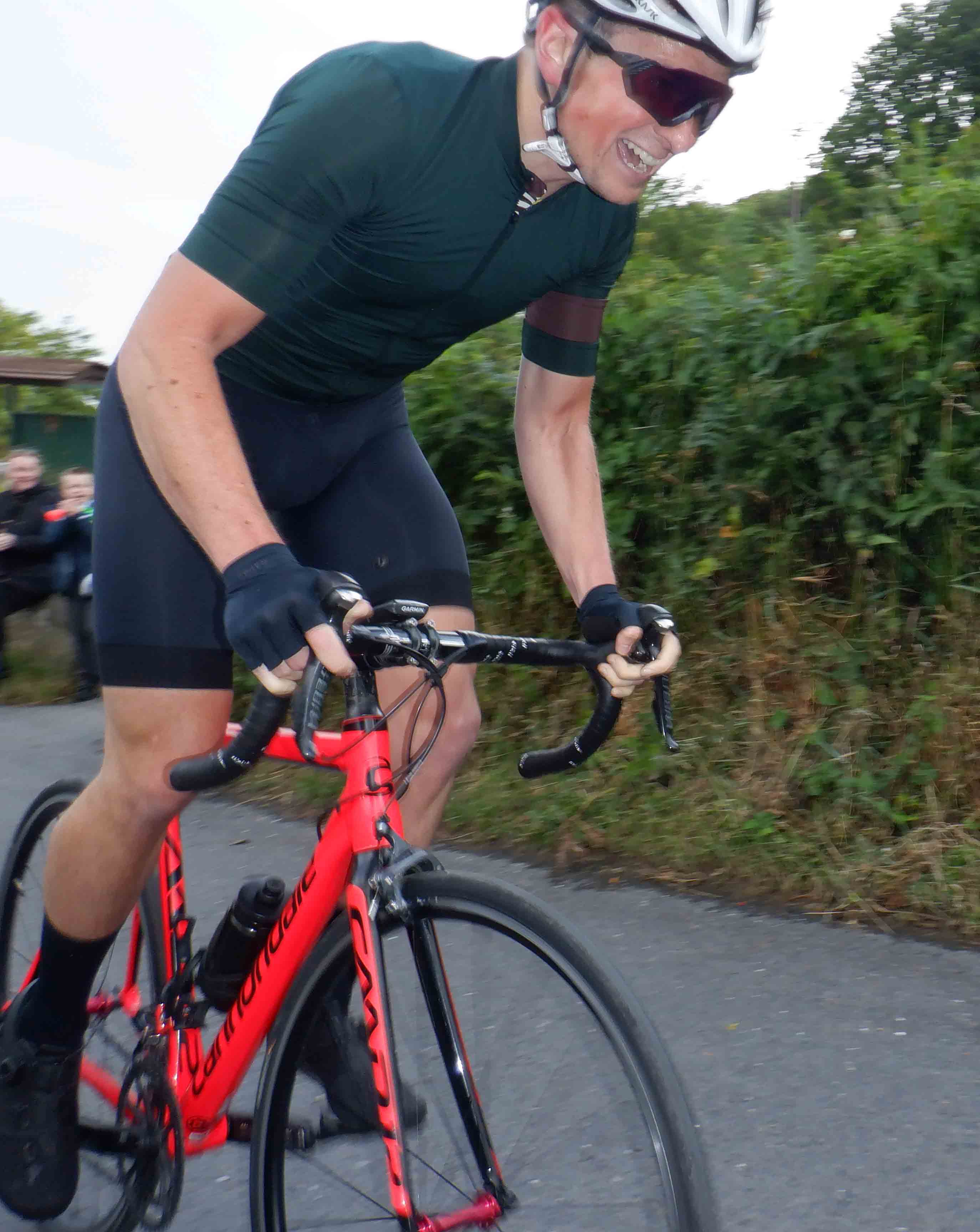 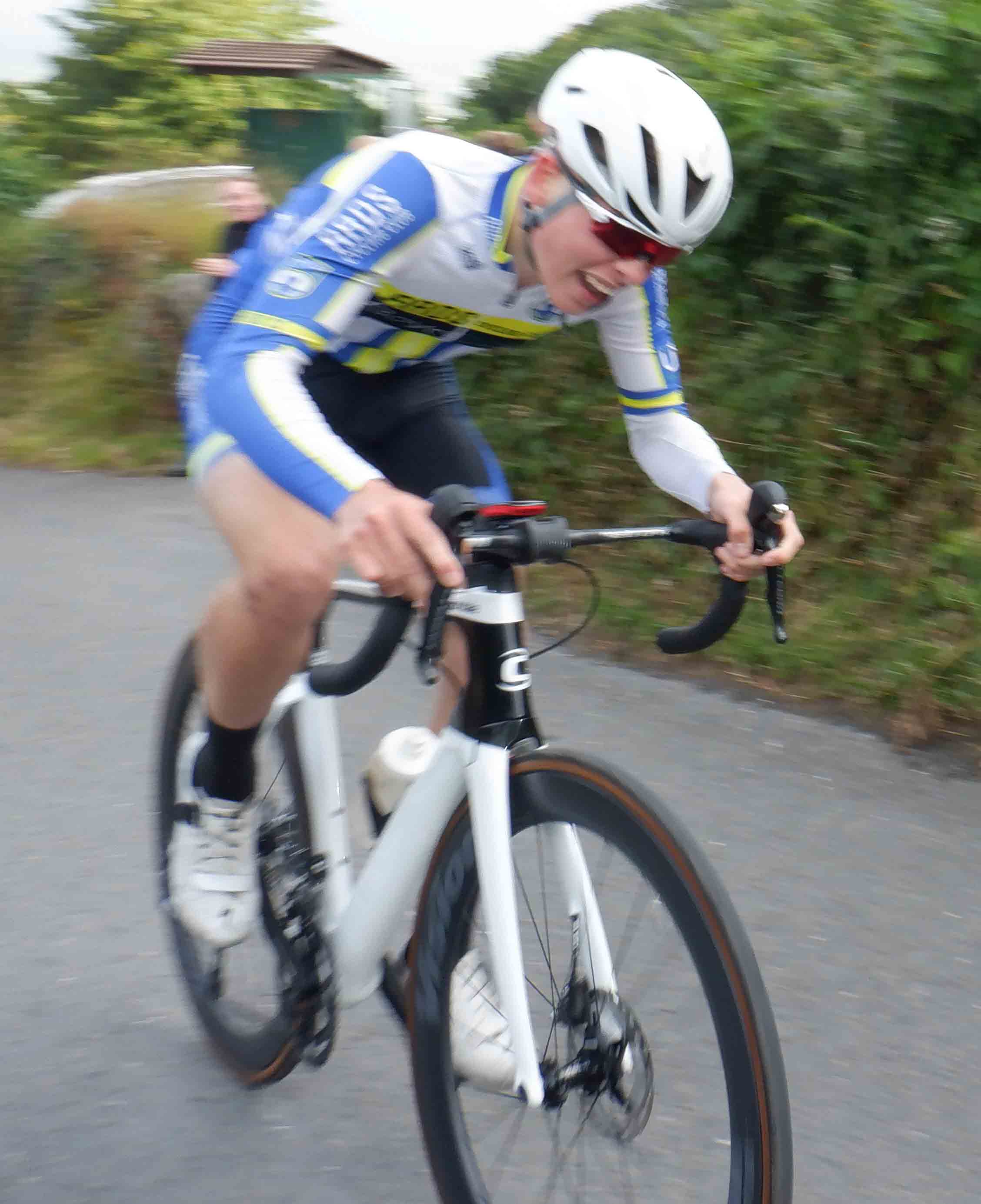 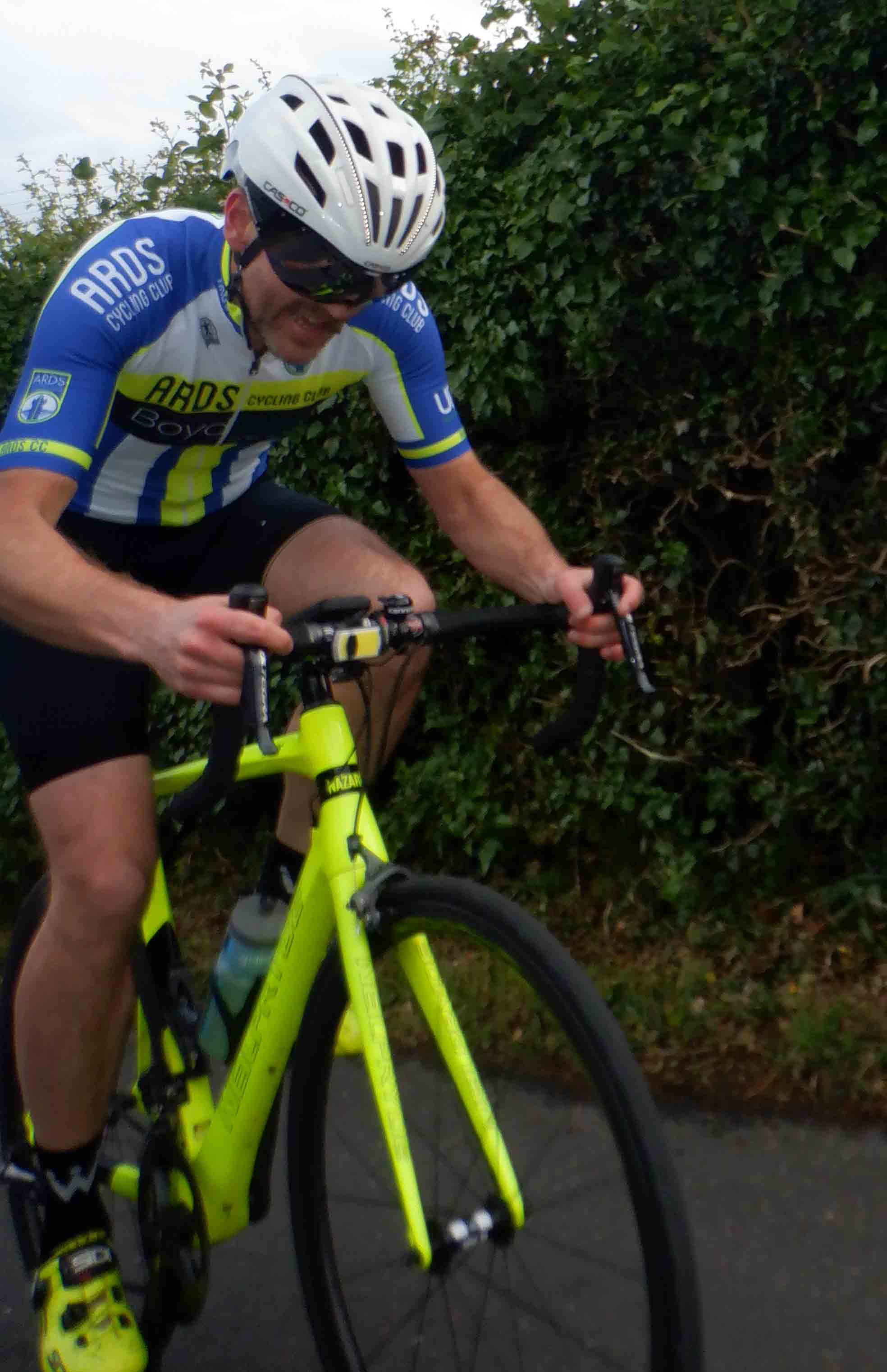 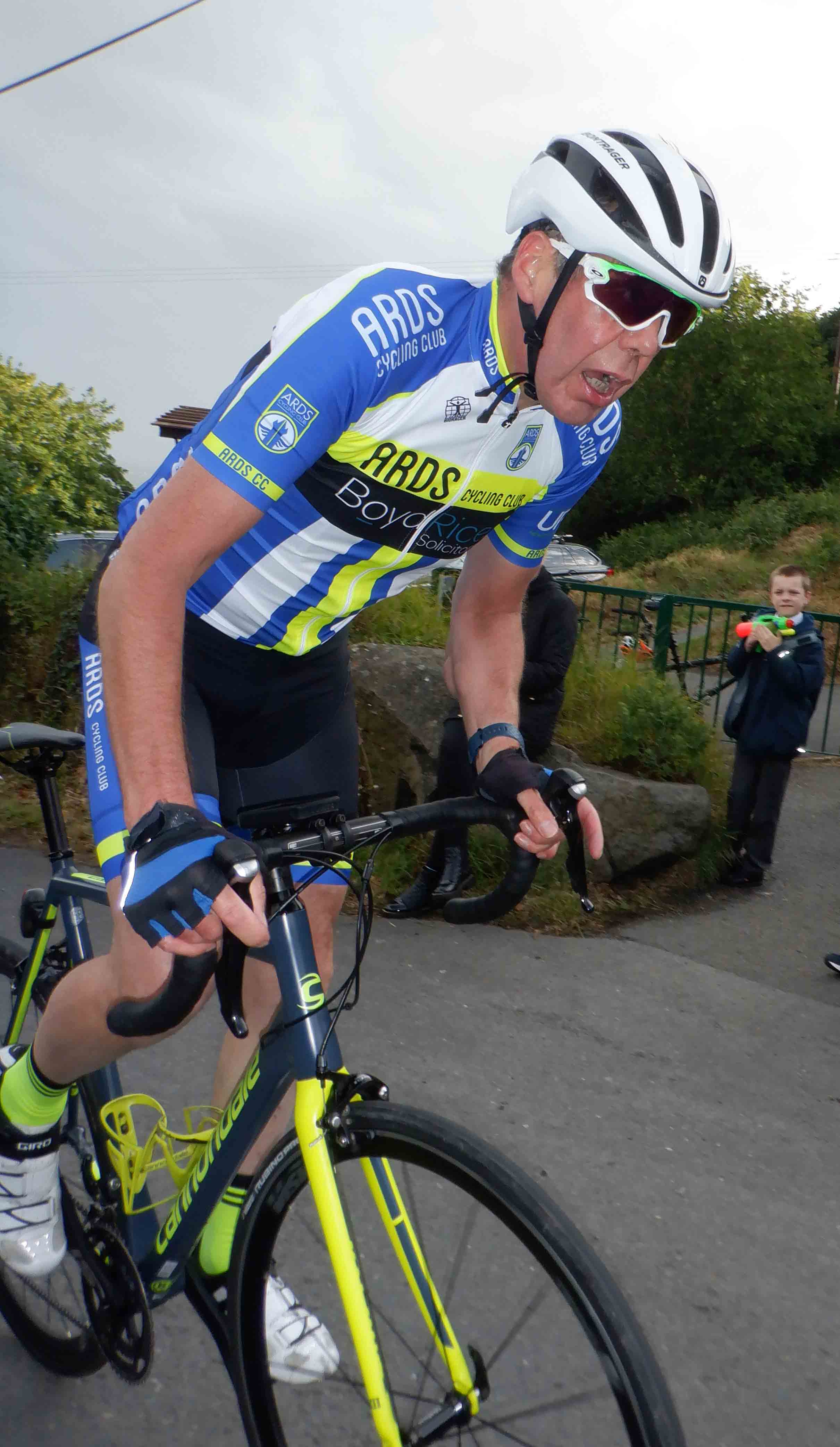 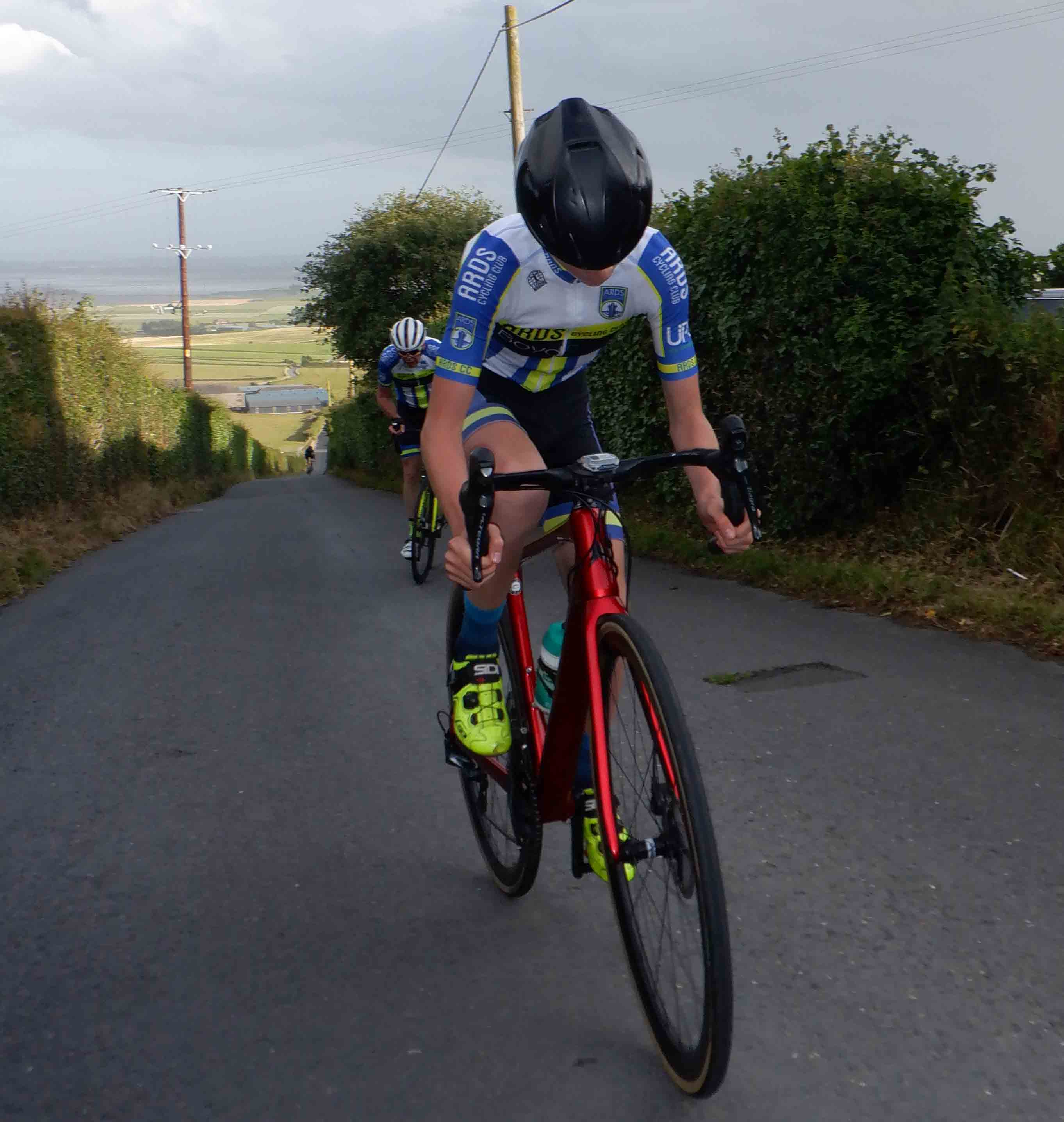 Due to Cycling Ireland restrictions on U14 riders, Jamie Rockett was only officially timed over the final 1 kilometre – a very impressive 3:21. 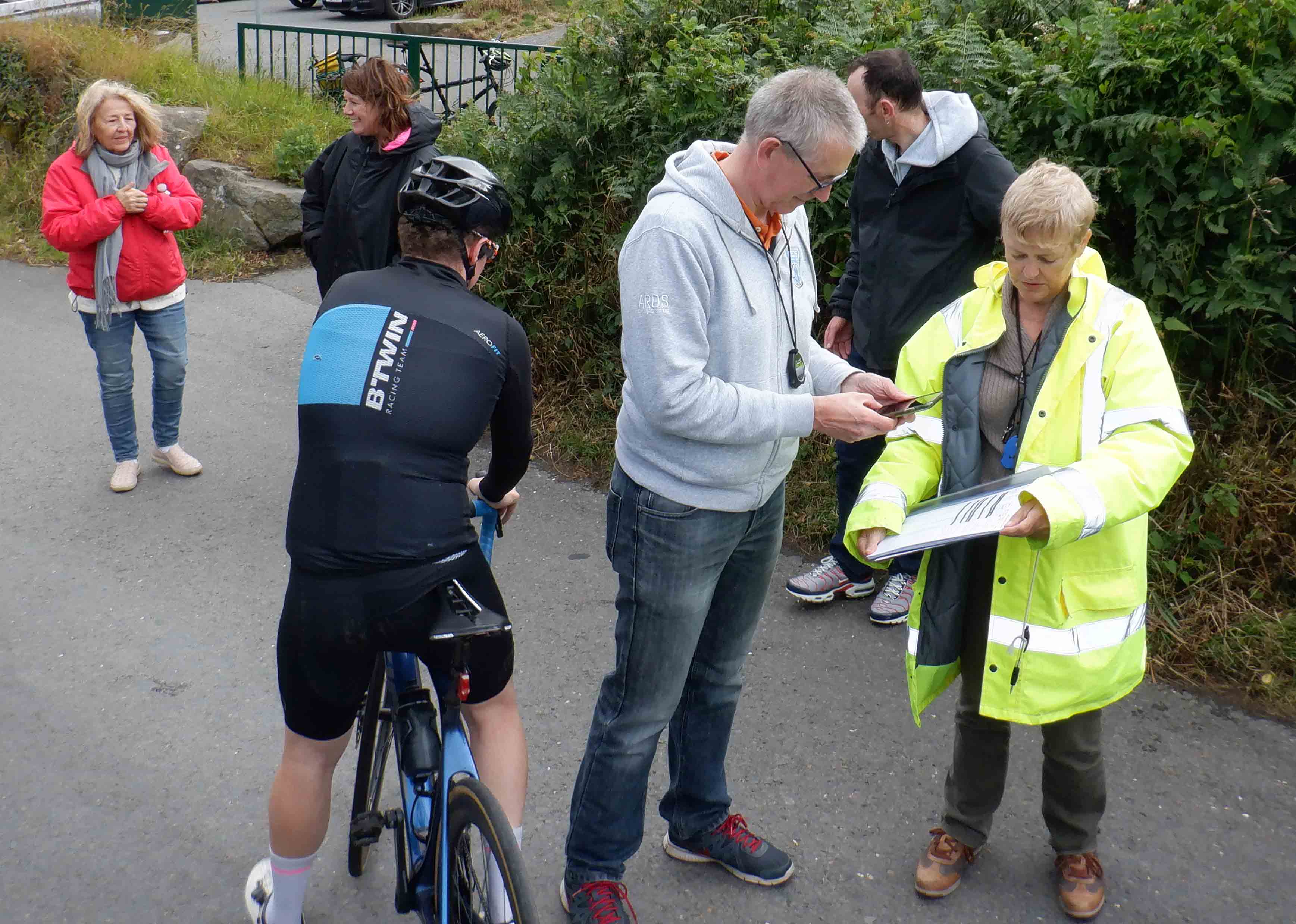 Thanks as always to the timekeepers.. 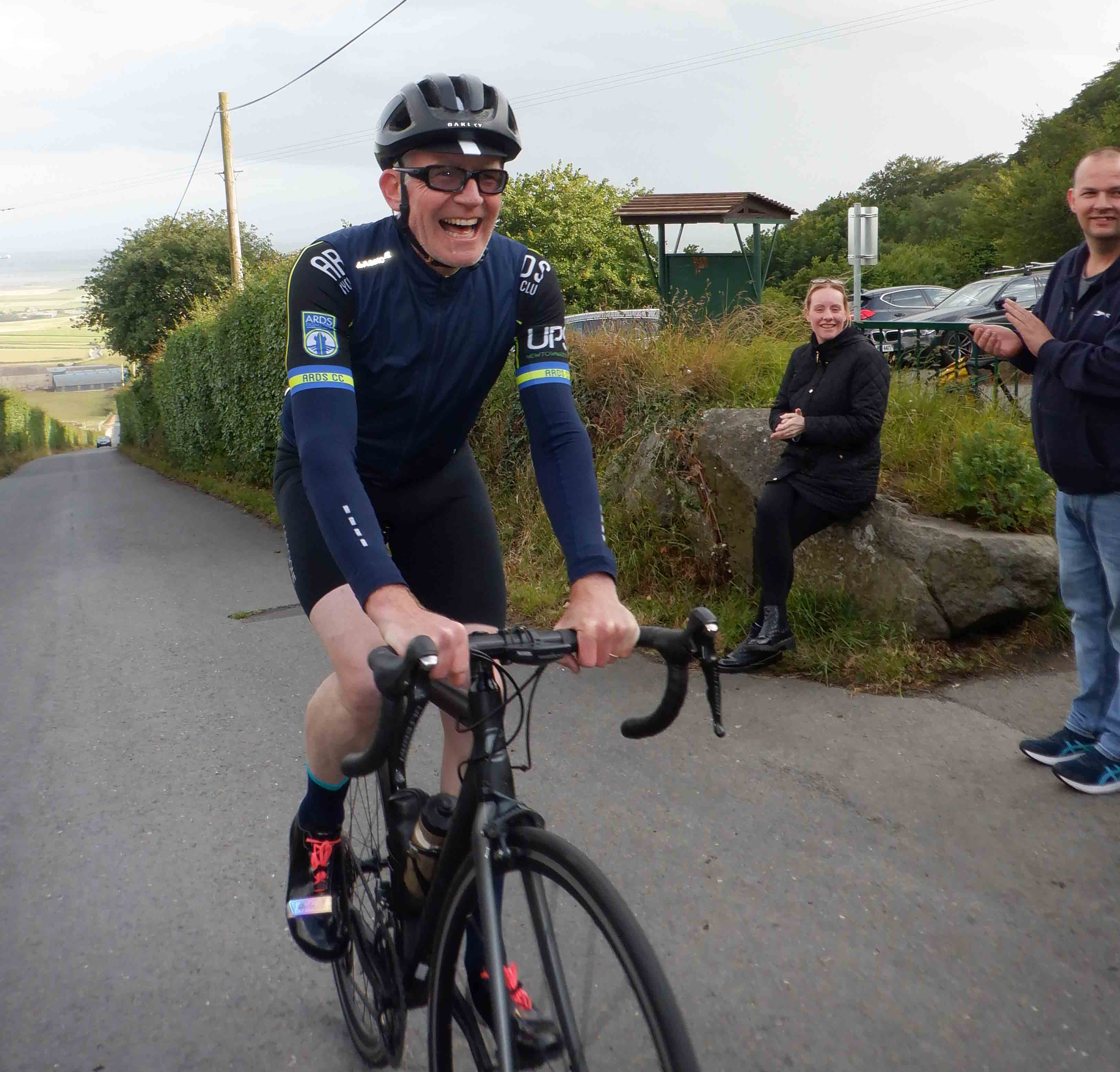 ..marshals and pusher off for their help. 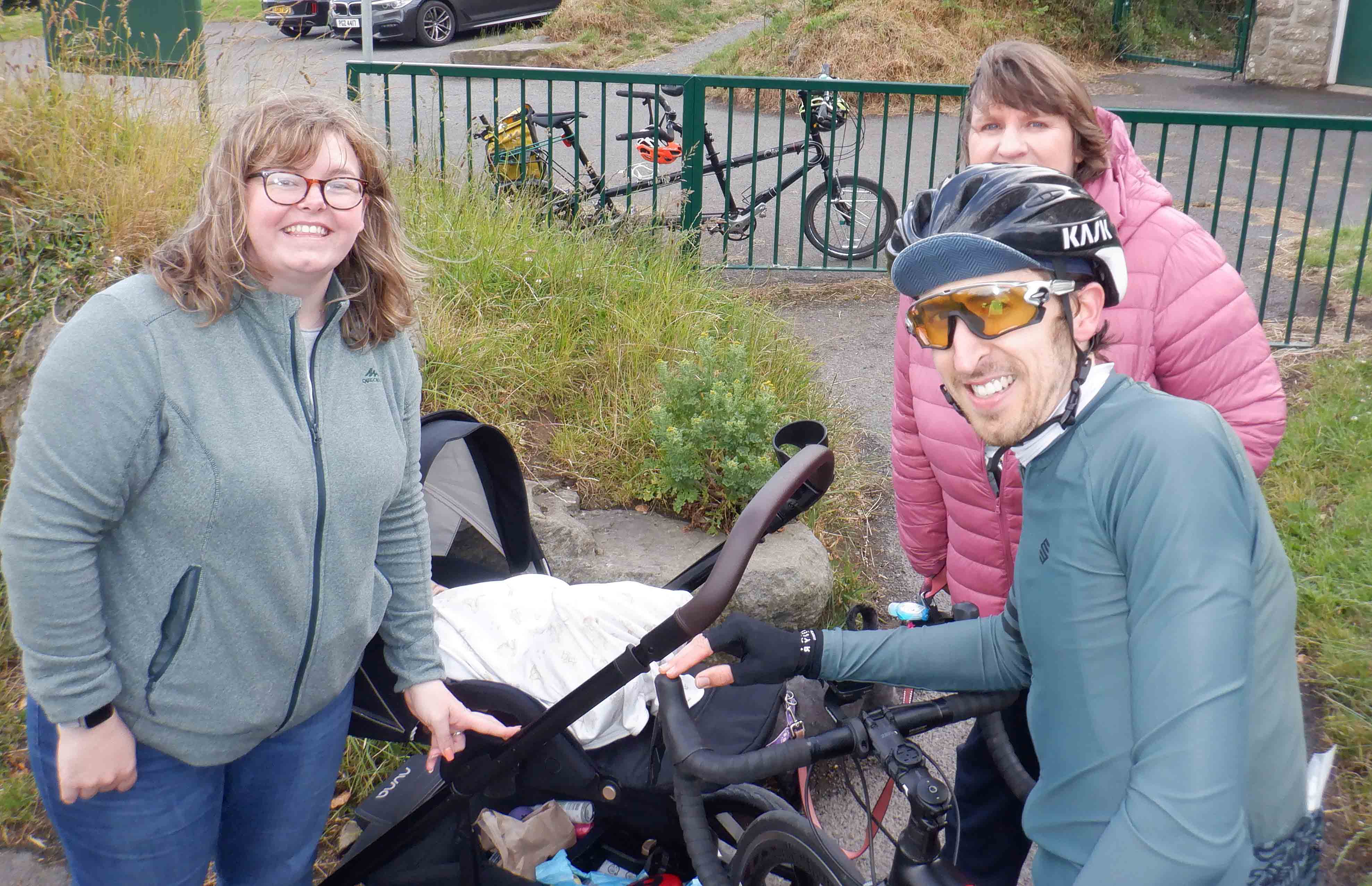 The Stuart Miller supporters club. I reckon they’ll be on the lookout for a tandem in a couple of years. Maybe one with a highly adjustable rear seat post…I wonder where they could get such a wonderful machine?