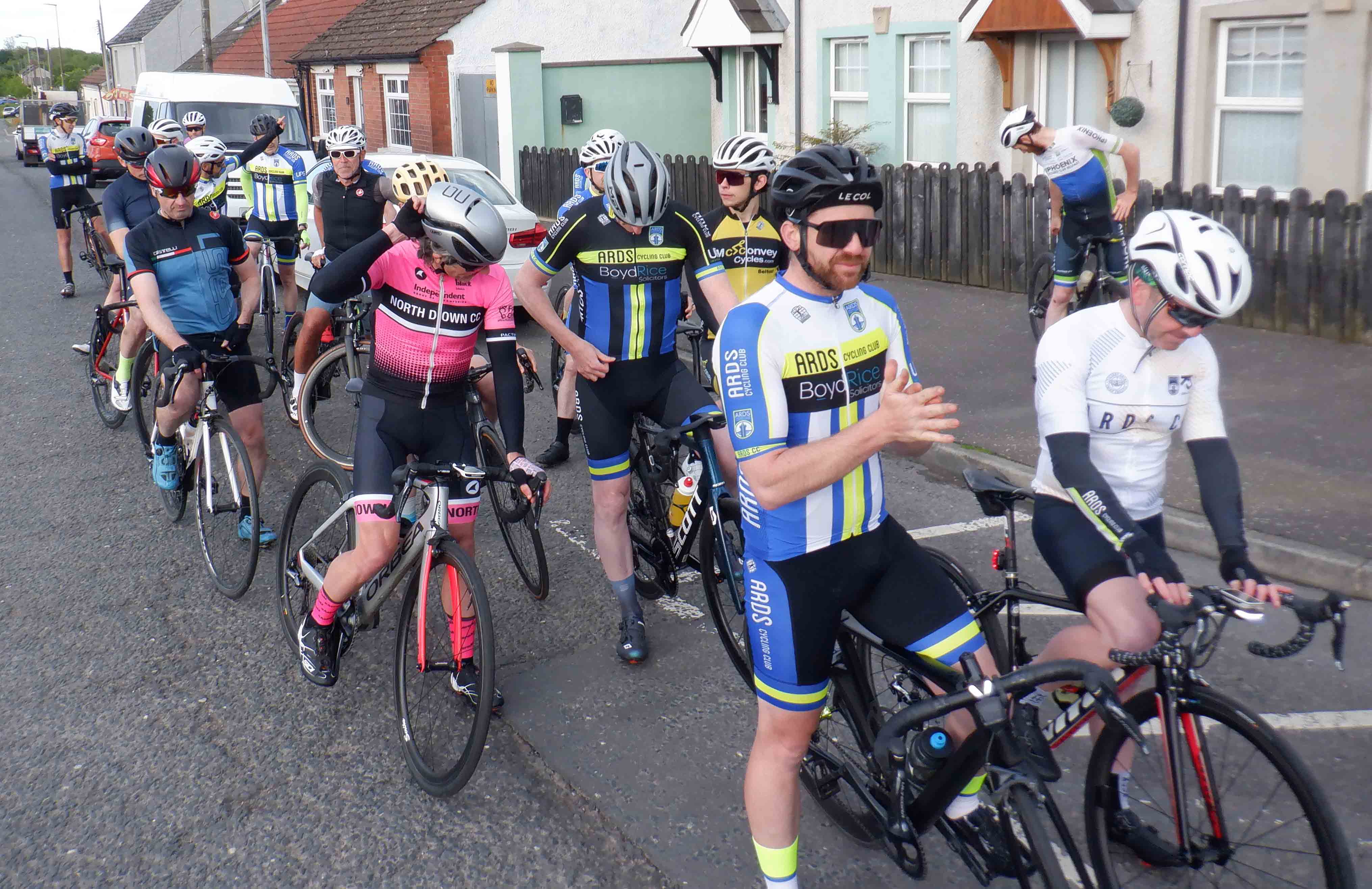 The middle group look relaxed at the start

Over 30 riders turned up for the first club road race of the season at Carrowdore. The handicappers split them into three groups, with the limit group getting a 5 minute start on the middle group, and a further 3 minutes back to scratch.

The limit group at the end of the first lap

The limit group drove hard from the start, with Amelia Tyler (McConvey Cycles) and new member Joseph Giles (Ards CC) looking strong. Behind them, scratch were closing in on the middle group, catching them at the end of the third of five laps. 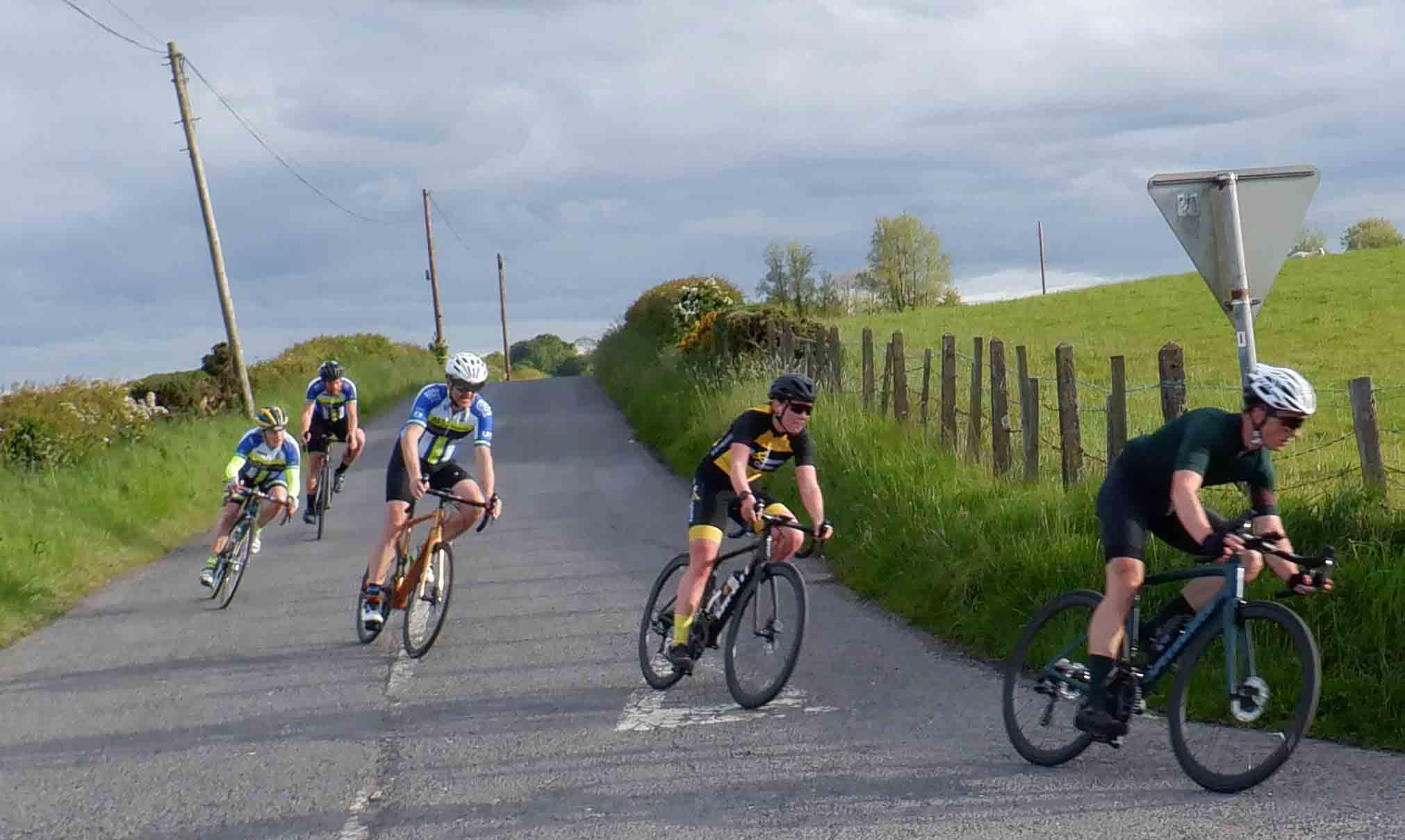 The relentless pace continued, and as they headed out for the final lap the scratch riders had reached the front of the race. There were repeated attacks, but it was Gareth Conn (Unattached) who finally got a gap and held on for a solo victory.

Scratch in full flight on the third lap

There was a tight sprint for second with Ian Inglis (Kinning Cycles CC) just getting the better of Neil McKenna (Ards CC), but Neil had the consolation of taking top points in the Ards CC Road Race Trophy competition.

Kirk Sloan (Ards CC) tries to bridge across to the break on the final lap. 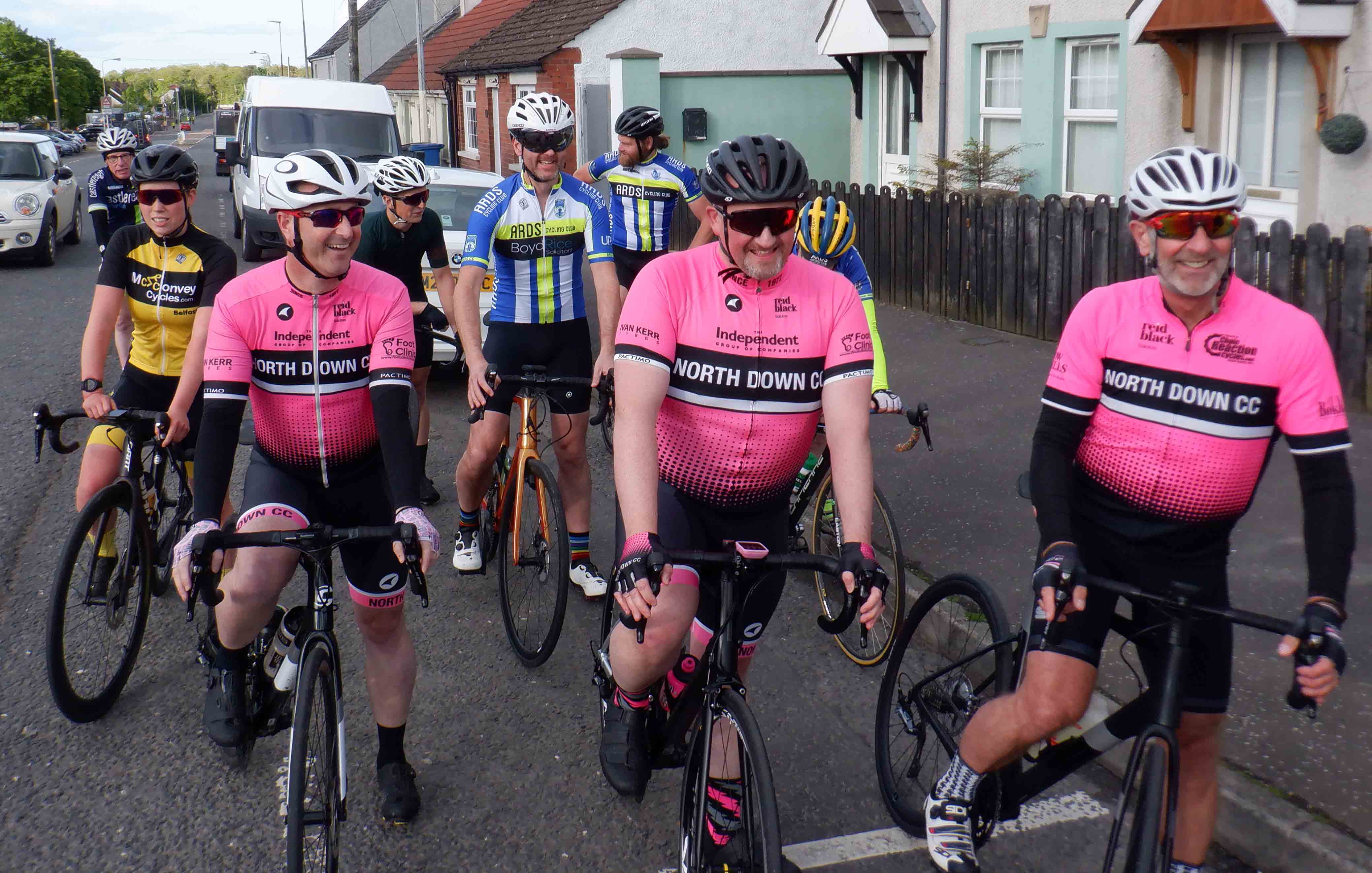 Team North Down lined out at the front of the race :-)

And here are the standings in the Ards CC Road Race Trophy.

Thanks as always to all our great marshals, motorbike lead, handicappers and judges.

Don’t forget – next week’s Trail Quest is on Wednesday (not Tuesday), with headquarters at The Lane Coffee Hut, Kircubbin Road, Ballywalter. First rider/team off at 6.30. You’ve 90 minutes to find as many clues as possible. (Here’s the report from last year’s event to give you a feel for what it will be like). 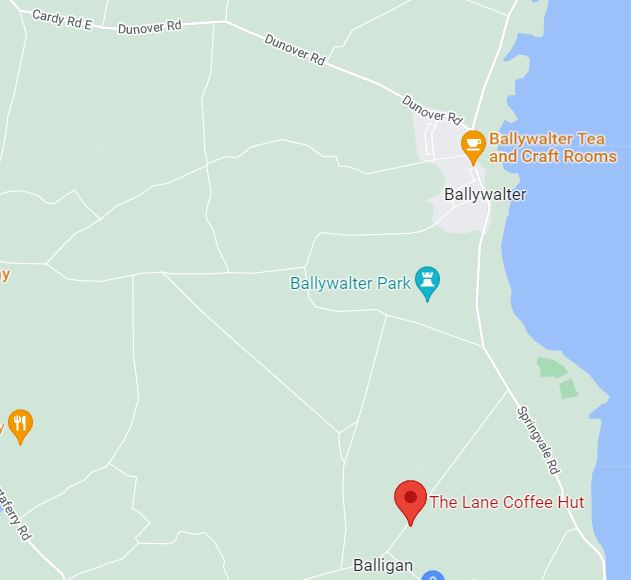 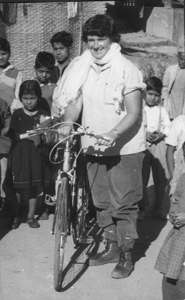 Finally, we were saddened to hear of the passing of Dervla Murphy this week. Dervla was an inspirational travel writer and cyclist, and featured in one of our book reviews a few years ago. Gone but to forgotten.