Usually as the nights start to draw in we review a couple of bike racing books to keep you motivated over the winter months. T 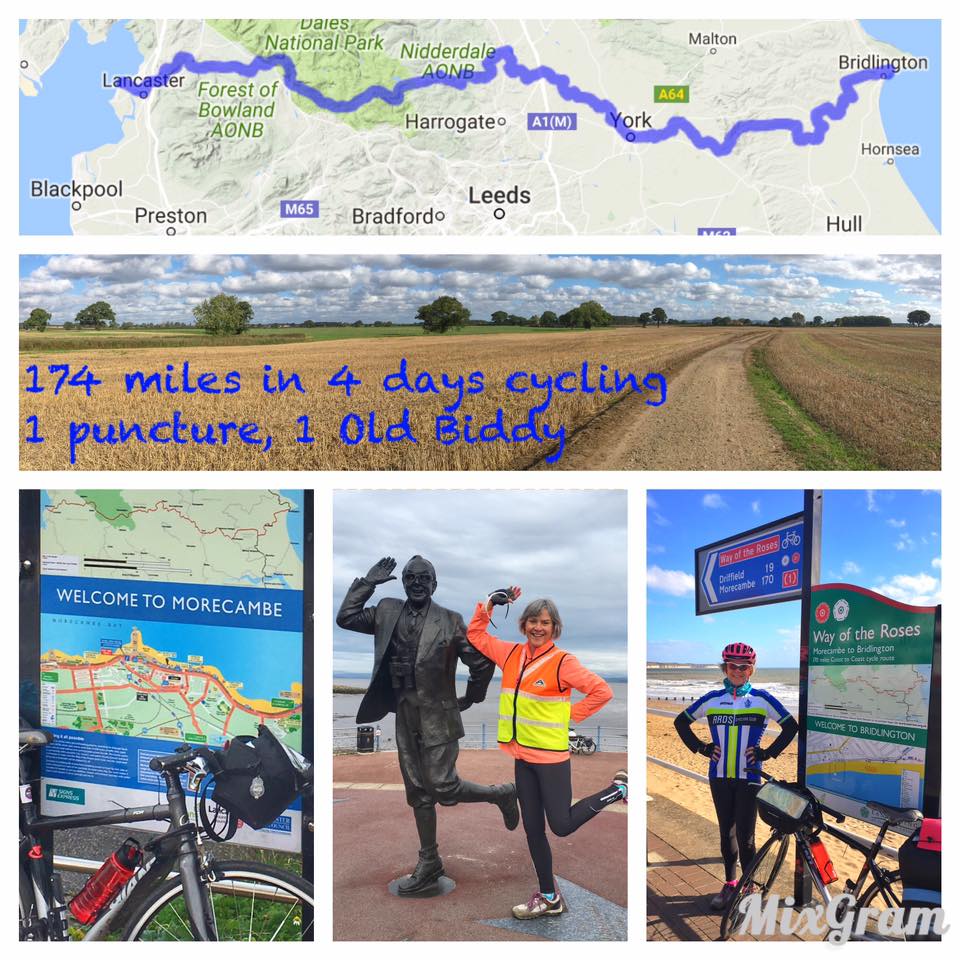 his year, inspired by Linda Hutchinson crossing England on the Way of the Roses, and numerous other exploits by Ards CC riders over the years, we decided to pick two cycle touring books instead.

First up is “Turning the Wheel” by Simon Loughlin (a native of Newtownards, although never a member of Ards CC). Simon reminds me of a quote from the film “Dead Poets Society”. The students are trying to find out about their inspirational teacher John Keating (played by Robin Williams). They find an old school report that says he is the “Man most likely to do anything”. This pithy summary of a multi-talented, hard working student, with an inquisitive and rebellious side to his character, could well be applied to Simon as well. 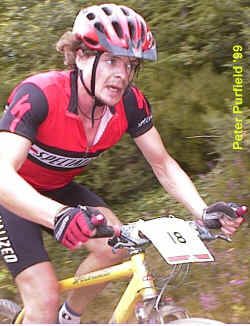 Simon Loughlin racing in 1999. Thanks to Peter Purfield for the picture.

I first met Simon in the 1990’s, when he was an elite level mountain bike racer. He was also working on an e-commerce website for a well known local cycle retailer. Later, he cycled from Newtownards to India, and “Turning the Wheel” is a self published account of his adventures.

It starts off normally enough in Newtownards. He cycles with friends to Dublin, and across Wales to the south coast of England. Once across the Channel, he meets up with his girlfriend, and they ride together down into Italy. At this stage, he’s in good humour, and there are regular philosophical asides on the nature of cycling and life in general. 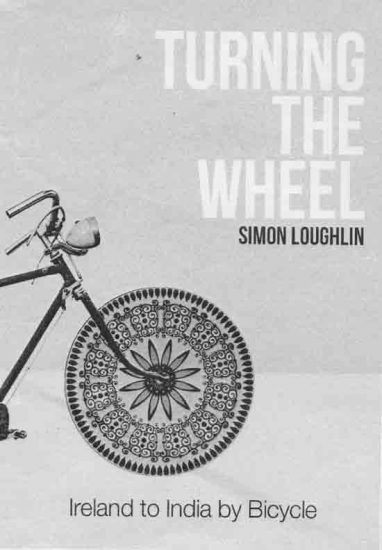 But eventually his friends have to return to their day jobs, and he heads on alone into Asia.

I used to think Turkey was a hot holiday destination. It is actually a huge, sparsely populated, mountainous country, almost 2000 miles across. As the physical and mental challenges ramp up, the nature of the book changes. We start to hear more about the physical hardships (including camping in the desert, and trying to find food and water), of dealing with petty bureaucrats, and about sharing stories with other travellers. And that’s just Turkey…

What shines through is Simon’s resilience, independence and determination. 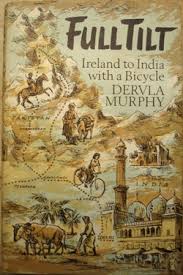 Our second book, “Full Tilt” by Dervla Murphy, covers a remarkably similar journey, but the style is completely different. Dervla was given an atlas and a bicycle for her 10th birthday. She looked at the atlas, and decided that India was the furthest place she could cycle to overland from Ireland. 20 years later, in 1963, she set off.

Her preparation for the trip was thorough, if a little unorthodox. She decided the 3-speed gears on her bike were too fragile, so converted it to single speed. She obtains a gun, and teaches herself to shoot. And perhaps most importantly, she travels to London to get contacts in the embassies and consulate offices of the countries she will pass through, so that she can send ahead spare parts and hopefully get a warm welcome on her journey. 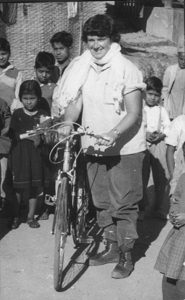 The preparation pays off. Her simplified bike can be repaired by third world bicycle mechanics, and the gun is needed to fend off wolves and bandits. But best of all, she meets, and often stays with, a variety of fascinating characters, including ambassadors and regional leaders. 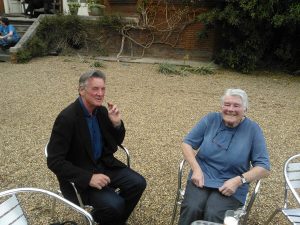 Given the similarities in the routes, the contrasts between the two books are intriguing. Dervla went on to become a prolific travel writer with many best selling books. Simon’s book is available for anyone to download, as he continues to ponder the meaning of life. It’s great that the world of cycling has room for two such diverse characters.