Marcus Christie (PerformanceSBR) put in a superb performance at the Champion of Champions 25 mile time trial this morning, breaking the course and event record. His time of 49:25 trimmed four seconds off George Peden’s record set last year, which in turn was 7 seconds faster than Chris Boardman’s record that had stood for 27 years.

The weather forecast hadn’t looked promising, which was perhaps a factor in the large number of “no-shows”, but the predicted headwind never really materialised and several riders set personal bests in the moist conditions. Second was Ross Hamilton (Orwell Wheelers CC) with 54:48, just ahead of the Ards CC pair of Alan Patterson (55:00) and Peter McLean (55:01). Peter was left rueing a broken front brake cable that led to a few exiting moments on the damp roads, but Alan was delighted with a big improvement to his personal best and a notable scalp. First lady was Ciara Havern (Newry Wheelers CC), who was 44 seconds faster than her winning time in 2019. Second was Catherine Mahoney (UCD Cycling Club) with 1:06:02.

But the day belonged to Marcus – over five minutes clear of the rest of the field, the second rider to beat the Boardman record we thought would never be beaten, and the new course record holder.

In the battle for Ards CC trophies, Peter McLean did enough to win the 25 mile handicap cup. He also won the McFarlane Cup (for all club 10 and 25 mile time trials on scratch) after his closest rival Barry Mitchell was unable to start today. The final standings are shown in the table below.

Thanks to all the marshals, time keepers and pusher off, and for the riders who continue to support this unique event and to add to the history books. Excellent! 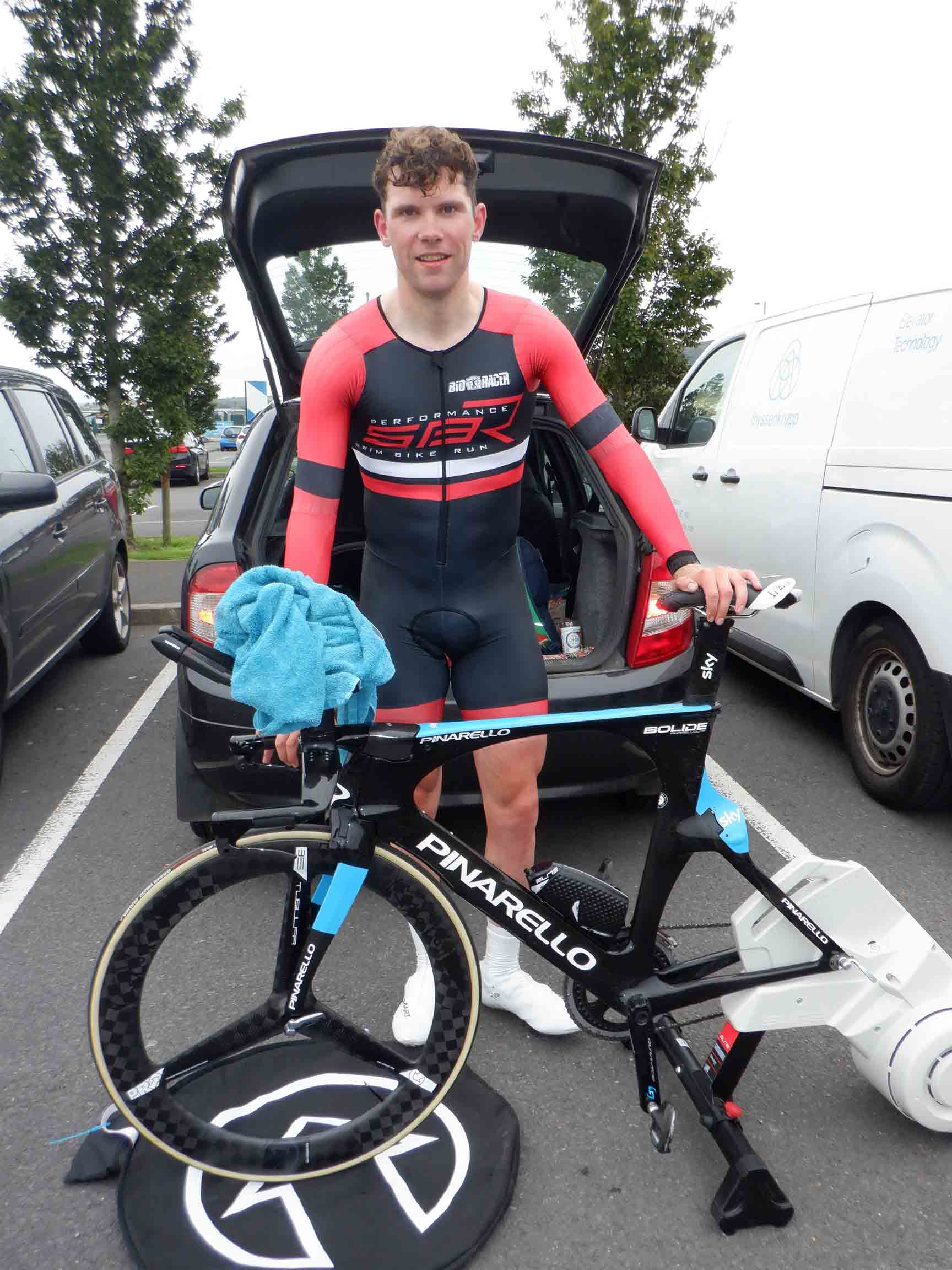 Time to cool down and take a well earned afternoon off…