Twenty six riders entered tonight’s final club road race over four laps of the tough Ballygowan circuit, and they were greeted with a light breeze and intermittent rain showers. Scratch had made it through to the front in the first three races of the season, so the handicappers decided to be a little bit more generous tonight – four minutes between the front group and the second group, with a further three minutes back to scratch. They were rewarded with a competitive race and an exciting finish. 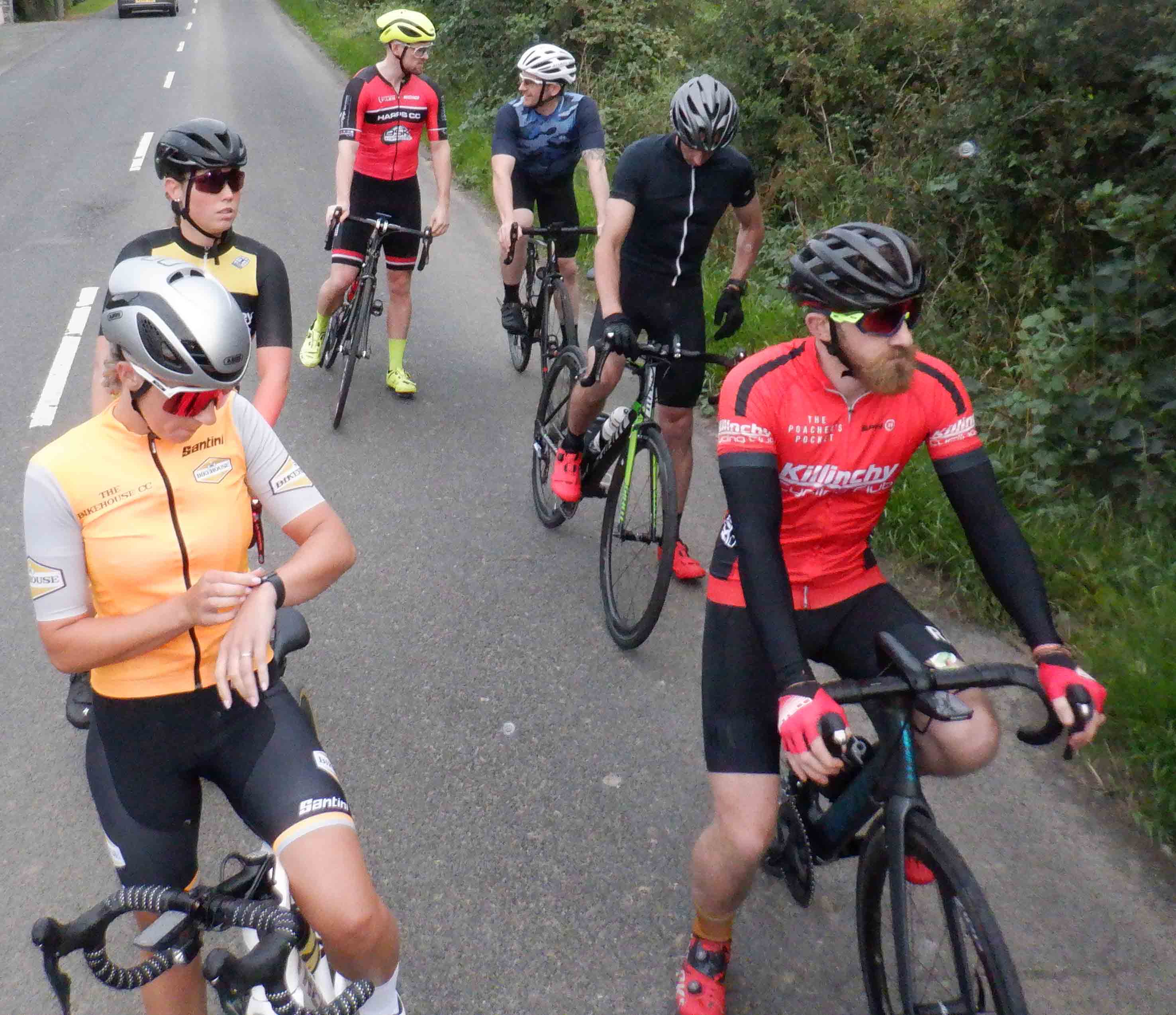 The front group look relaxed at the start, but Rachel soon had them organised and working well together.

The middle group were down a couple of riders after Ryan Andrews and Marc Allen volunteered to ride in scratch. 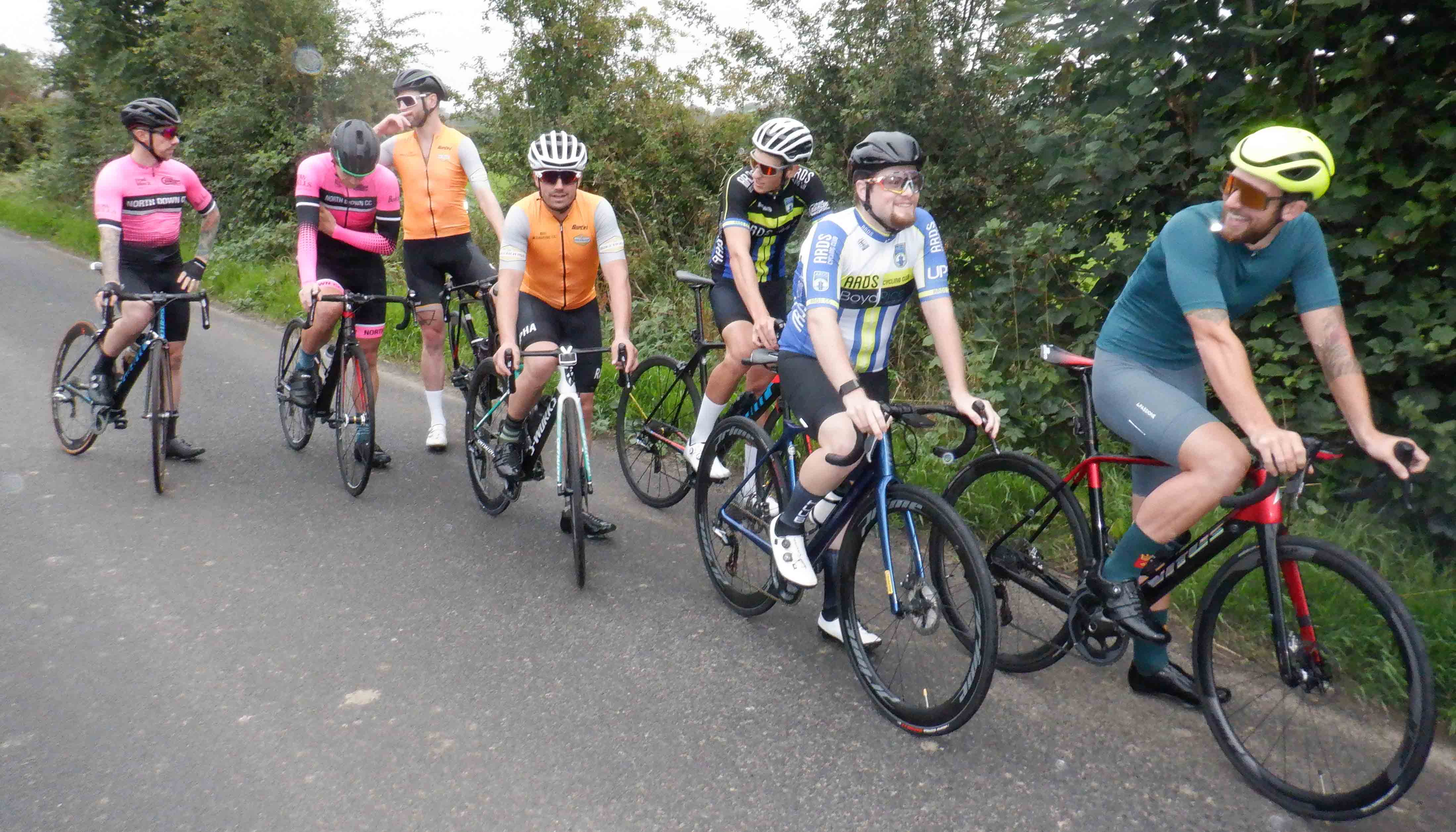 Scratch on the start line. 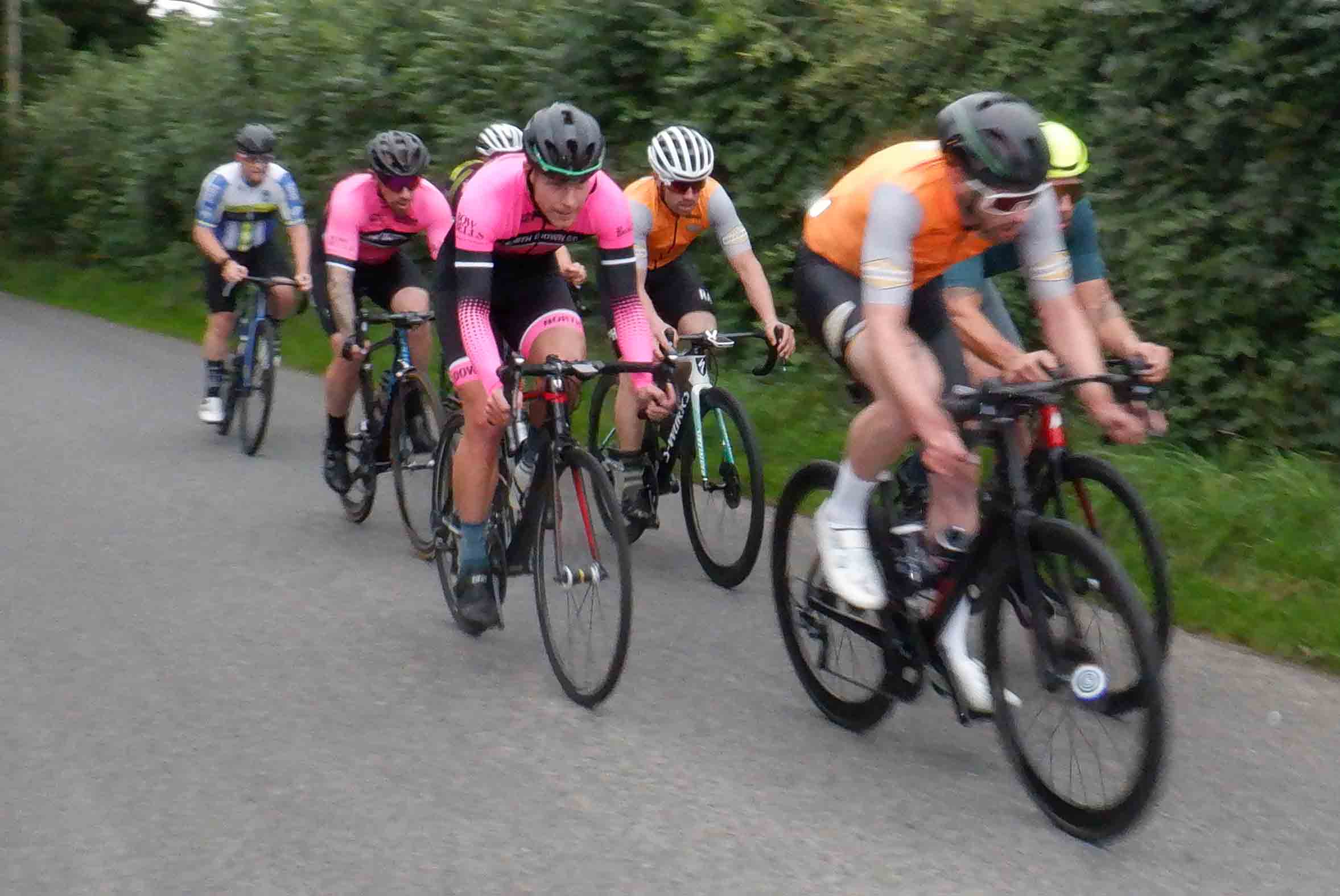 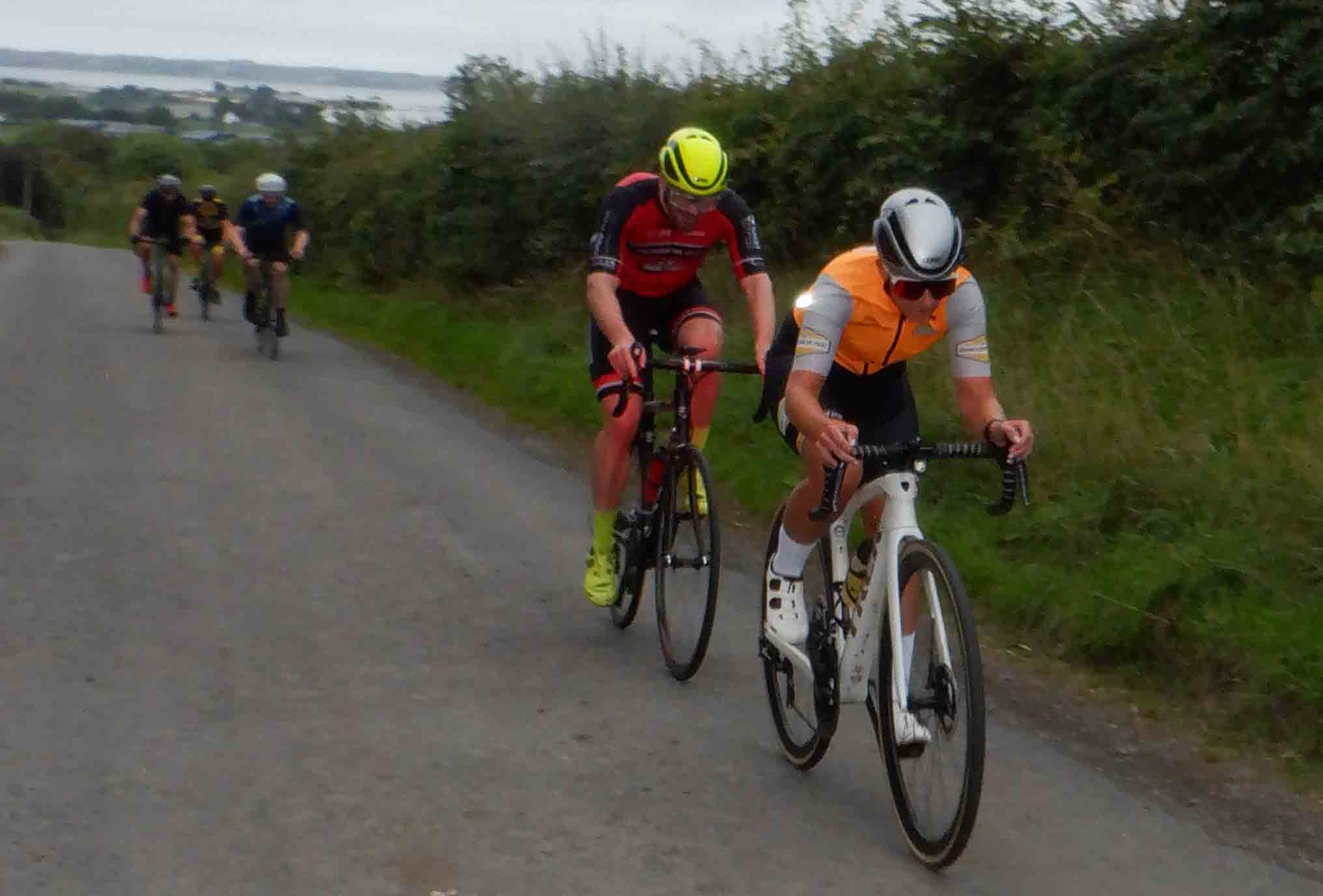 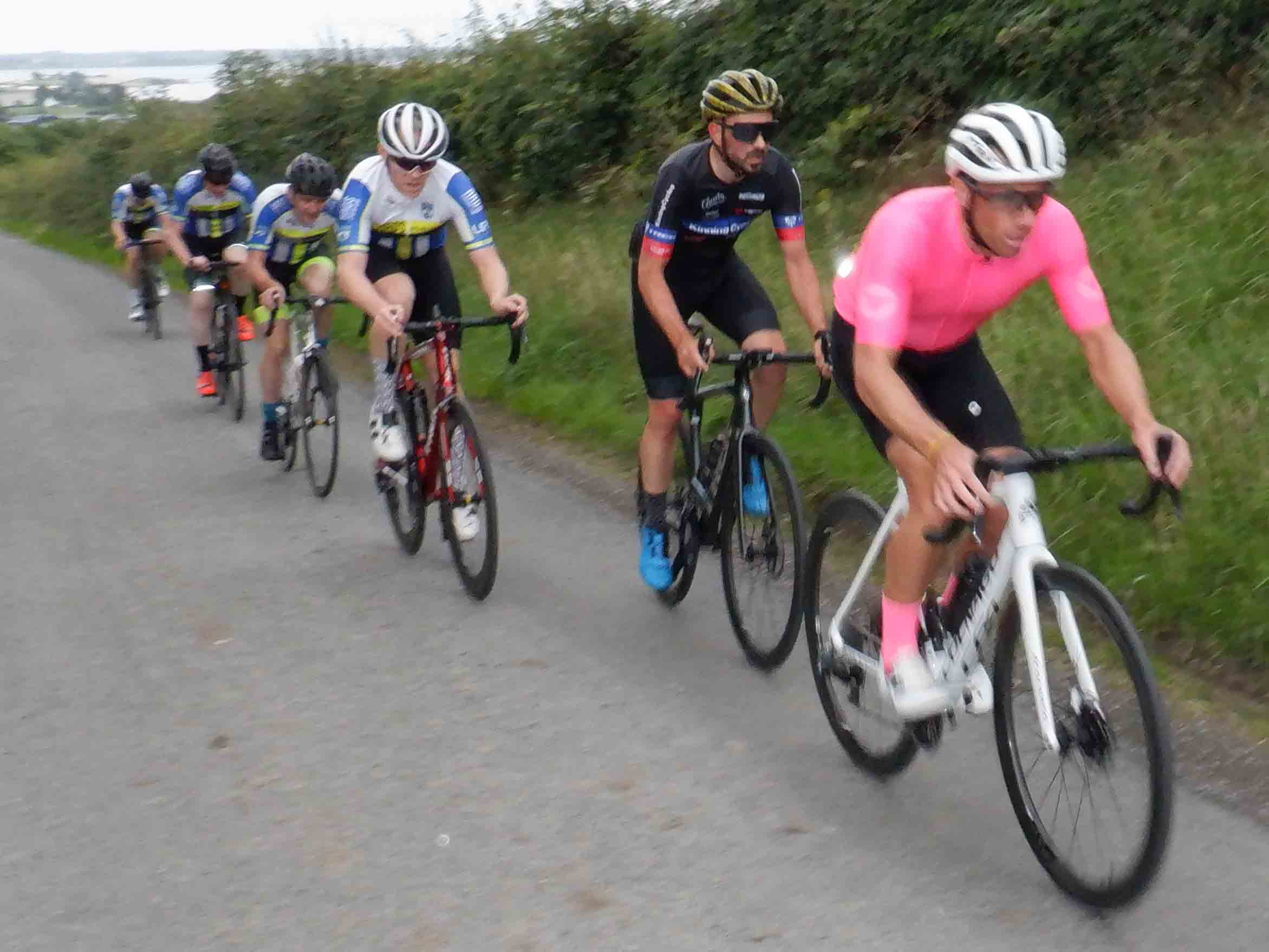 The second group had closed slightly but were still nearly three minutes back. 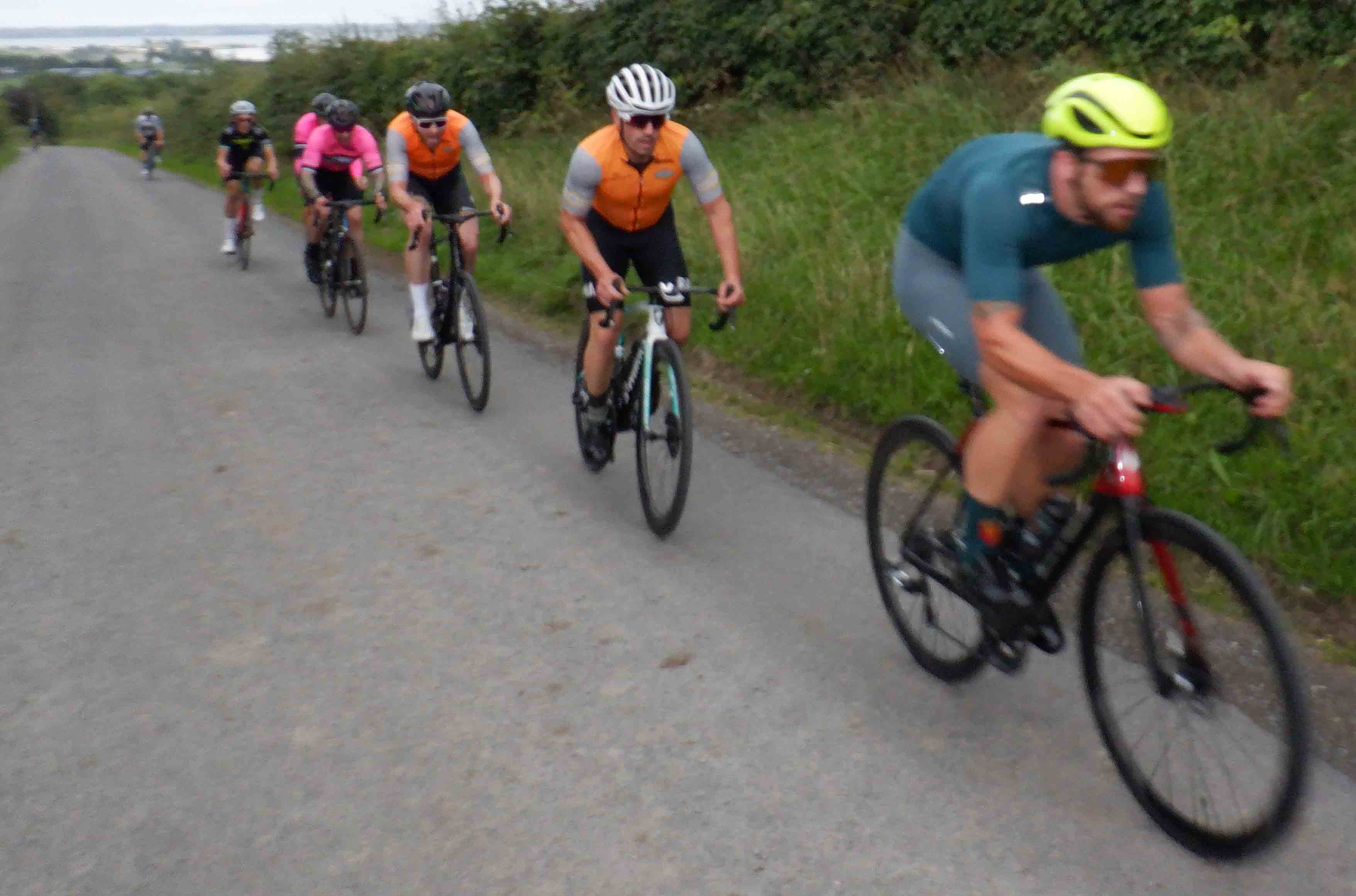 Peter McLean piles on the pressure. Scratch were just about on track to reach the front at half distance. It was going to be close… 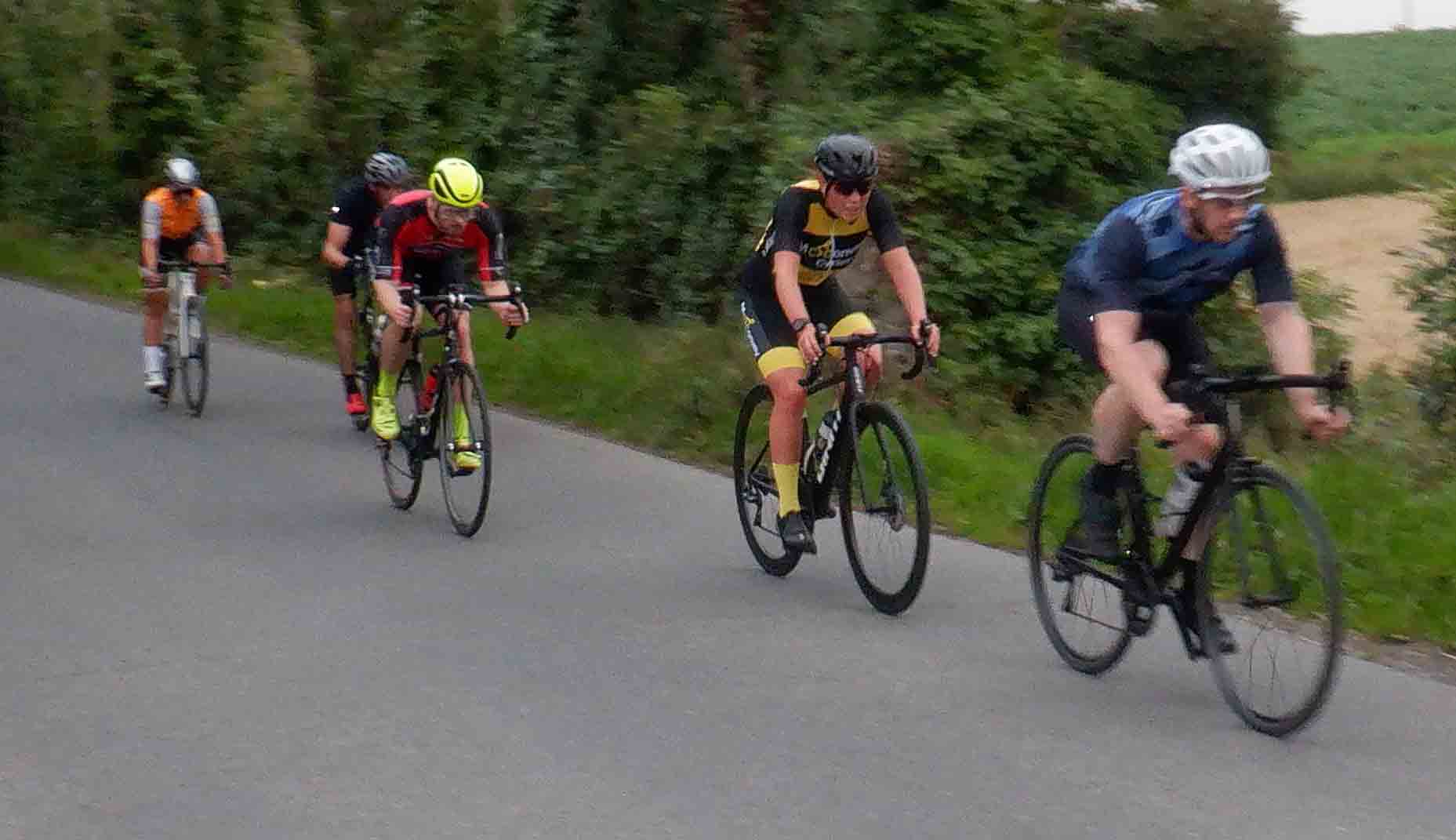 On the third lap, the front group were still working well. Could they stay away? 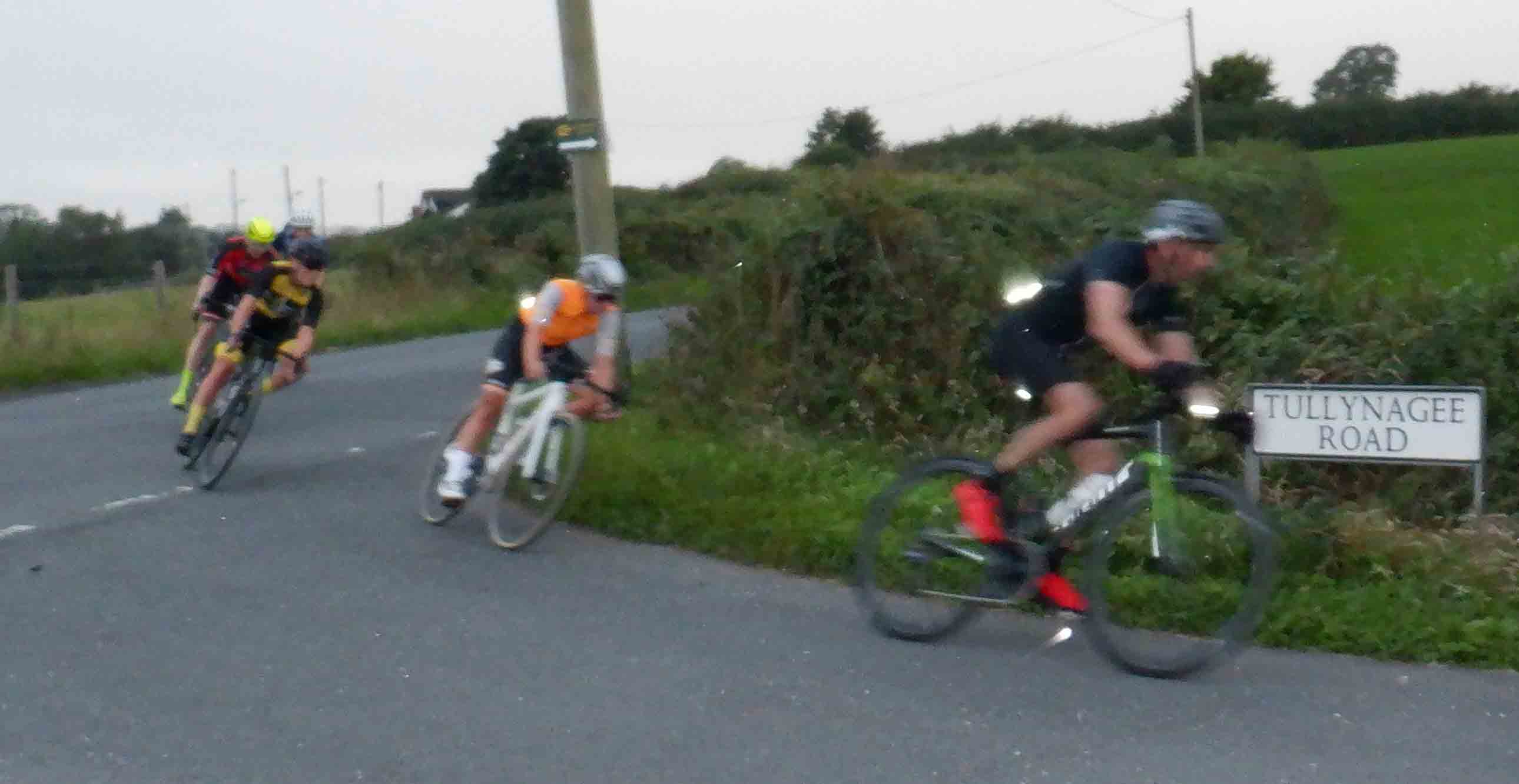 Going onto the final lap, the front group had almost exactly a quarter of their original advantage – it was going to be very tight! 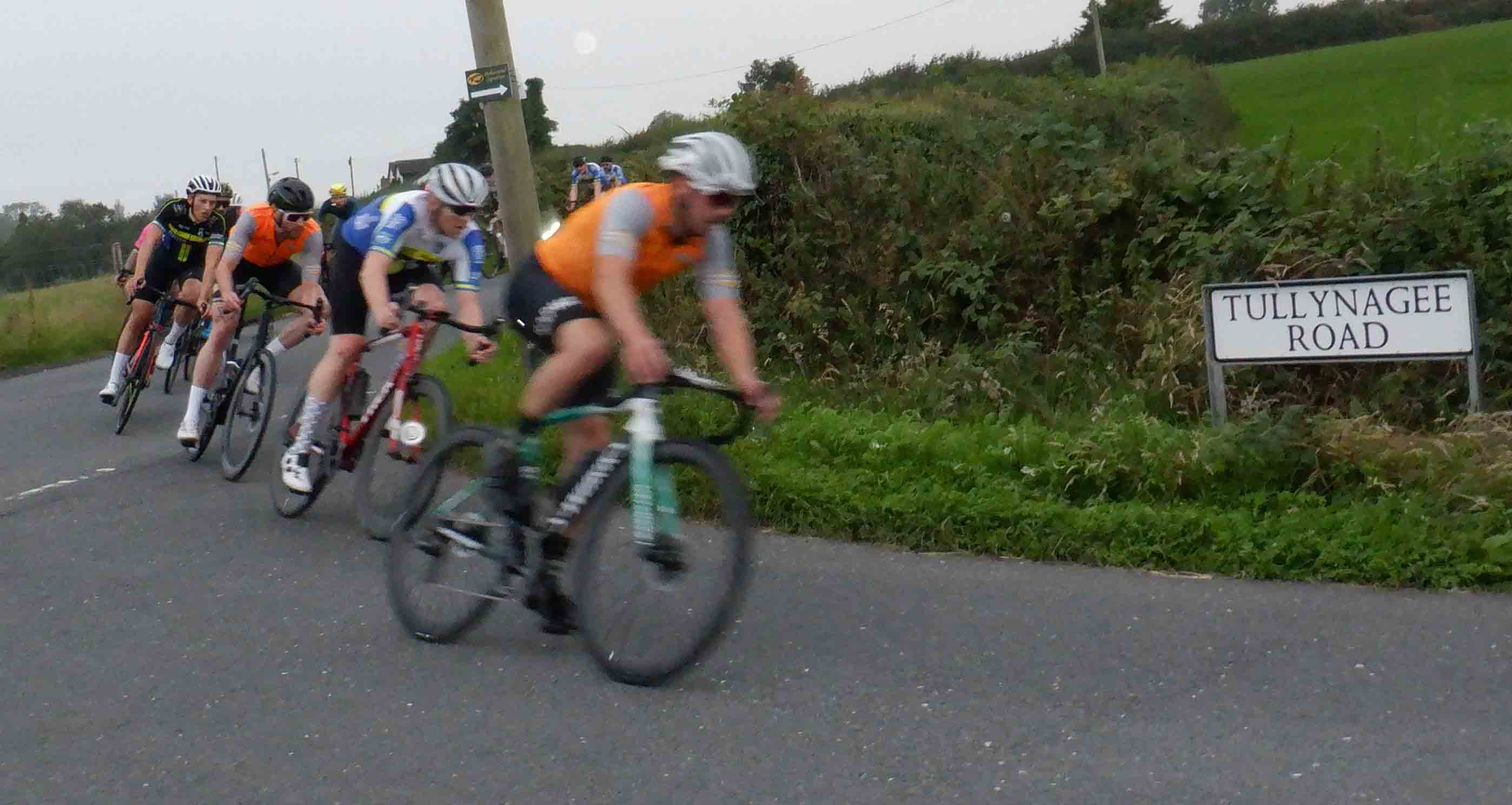 Scratch had caught the middle group. Could the combined power of the two groups catch the front group?

As the rain started to fall on the final lap, everyone was struggling to make out the finishers in the fading light.

A handful of seconds later, Peter McLean led in the next group of three to take second Ards CC points. And Ryan Andrews got the better of Ricky Topping (Bike House) to take third Ards CC. The final group was a few seconds further back, and Ben Healey, Alan Patterson and Glen Curry took the final Ards CC road race points.

(Please let us know if you see any mistakes in the results – we struggled to identify several riders in the blurry video, and had to resort to shoe colour at one stage...)

In the Ards CC Handicap Road Race trophy, Peter was a dominant winner, but it was very encouraging to see fourteen different riders score points throughout the season. Well done to all!

Thanks as always to the marshals, motor cycle leads, timekeepers and judges on a damp evening. It was an exciting finish and we couldn’t have done it without you.