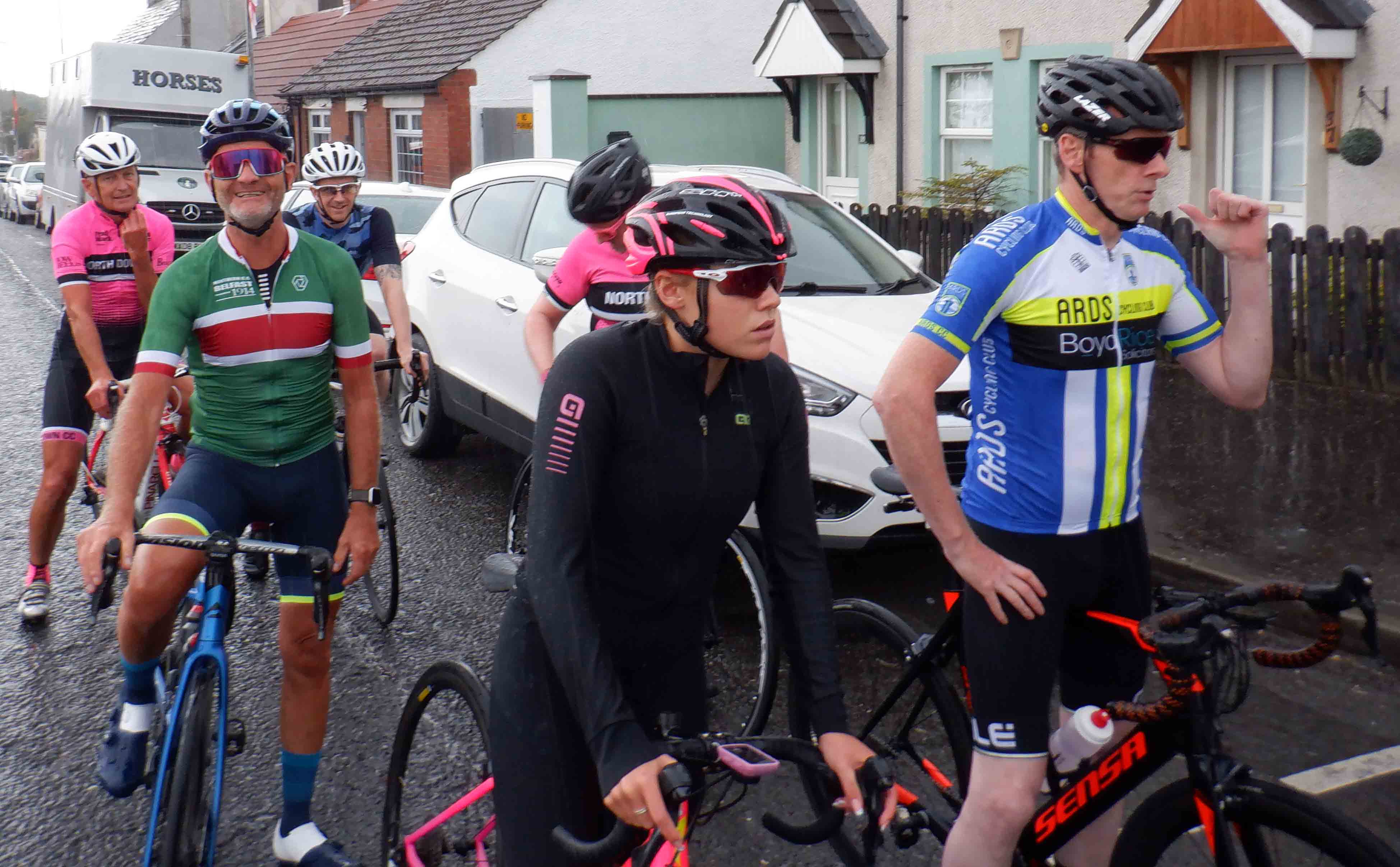 The front group share some banter with the handicappers at the start. (Caption competition – what is Glen Curry saying about the gap back to the second ground??)

After weeks of heat and sunshine, it was great to be out riding in the rain again this evening at the club road race in Carrowdore. Due to concerns about fading visibility the organisers cut the distance to four laps (22 miles), and this seemed to encourage even faster racing than usual.

The front group were given three minutes on the second group, with a further two and a half minutes to scratch, and they quickly got down to work. After a lap, the second group had only gained about fifteen seconds, and scratch had closed in to 4:15. By half distance the middle group still hadn’t gained much time, but scratch we now within 3 minutes of the front.

The speed was beginning to tell – scratch shelled a couple bodies. With a lap to go, they’d caught the middle bunch but were still 1:30 down on the front group. Could the front group do an “Anna Kiesenhofer”, and hold on for a memorable victory?

Unfortunately they wobbled in the final lap, and were caught with less than a mile to go. Peter McLean stormed through to take another win, and he now has an unassailable lead in the club road race trophy with one race left to go.

Visitor Gary Cranston (East Antrim) took a strong second, and looks in great shape for the upcoming Masters races. And Ryan Andrews (Ards CC)  also looked strong as he rounded out the podium for Ards CC. 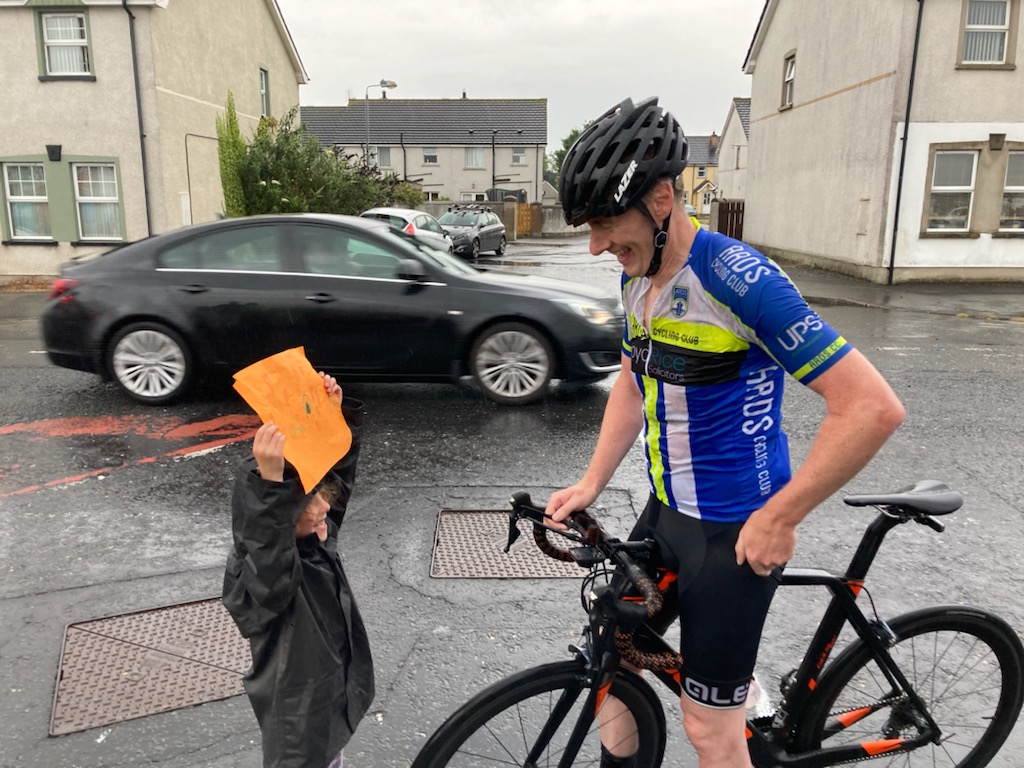 Unfortunately your correspondent’s camera battery ran flat. Fortunately a spectator stepped in and sketched the finish, bringing a whole new meaning to the term “photo-finish”. Given Peter’s form at the moment, a sketch was plenty quick enough to capture the winner :-)

Here are the latest standings in the club Road Race Trophy.

Thanks to all the marshals, time keepers and handicappers who endured the rain without the benefit of the adrenaline kick the riders were enjoying. Much appreciated as always.