The 2020 racing season may have been badly disrupted but at least the three Grand Tours found new dates in the rescheduled calendar.

This year’s Tour de France was one of the most exciting in recent memory, with Tadej Pogacar taking on the might of Primož Roglic and his Jumbo-Visma team, and an unexpected plot twist that meant the winner wasn’t decided until the penultimate stage. And there was lots of interest for Irish fans as Sam Bennett fought Peter Sagan in the Points competition, finally taking two stage victories and the green jersey.

One of the lower budget, emerging teams – Sunweb – also won our hearts, taking three stage wins with their crafty and daring riding.

The Giro has been more of roller coaster, with lows like the loss of Geraint Thomas (due to a freak accident) and Simon Yates (Covid) offset by highs like Peter Sagan’s solo stage victory, while holding off the entire field – perhaps the most impressive win ever by the former 3 time world champion.

And that brings us to the third Grand Tour – the Vuelta a España. And this year there is the added bonus of an Ards CC connection!

Students of Ards CC club history  may remember the great Ards CC team in the 1998 Tour of Ulster, and our guest rider Nick Salmon. If you look carefully at the team photo above, you’ll see a baby boy in the front row – his son Martin Salmon. 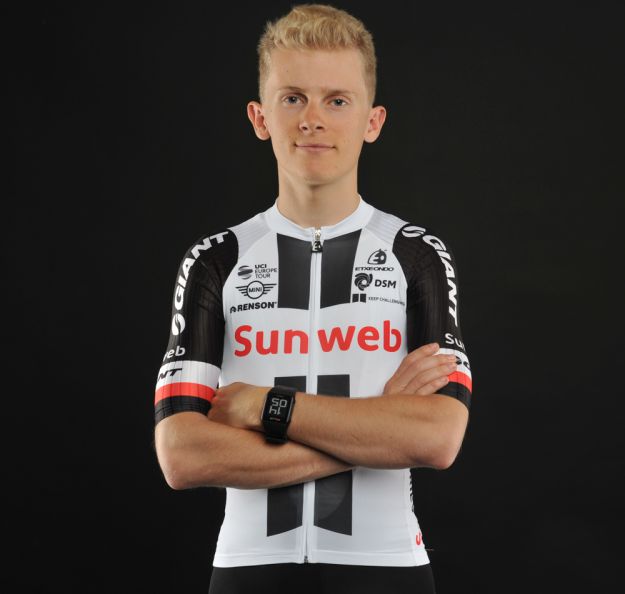 Like in all good fairy tales, that young baby has now grown to become a handsome young professional racer with Sunweb. And following some promising rides since racing resumed, including winning the mountain’s jersey in the Tour du Limousin (below), he has now been picked for the Vuelta which started today (20/10). 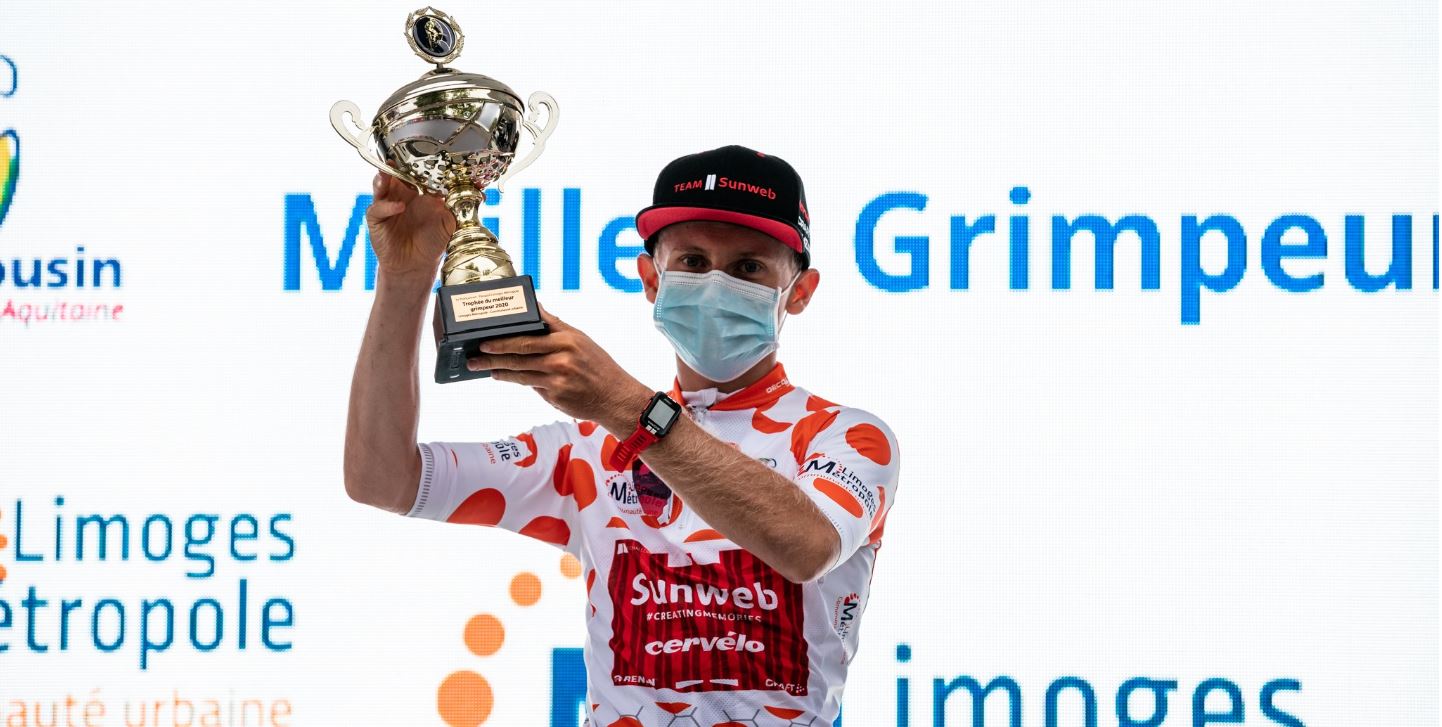 So what can we expect?

The Jumbo Visma and Ineos Grenadiers super teams will be slogging it out for the general classification following their disappointments at the Tour and Giro. Primož Roglic and Tom Dumoulin (Jumbo Visma) and Chris Froome and Richard Carapaz (Ineos Grenadiers) will all feel they have something to prove.

Sam Bennett is back with a strong Deceuninck QuickStep team, and will be targeting the points competition again. And Dan Martin (Israel Start-Up Nation) seems to be recovering from his Dauphine crash and returning to top form.

And Team Sunweb? Their coach Marc Reef said, “With a young but very talented group we will not only be on the hunt for results, but also equally look to our riders’ development”.  Five of their riders (including “our Martin”) are riding their first 3 week Grand Tour. But after such strong results in the Tour, Marc added, “Motivations are high and we look to bring our great season to a close with some nice performances in the Vuelta.” 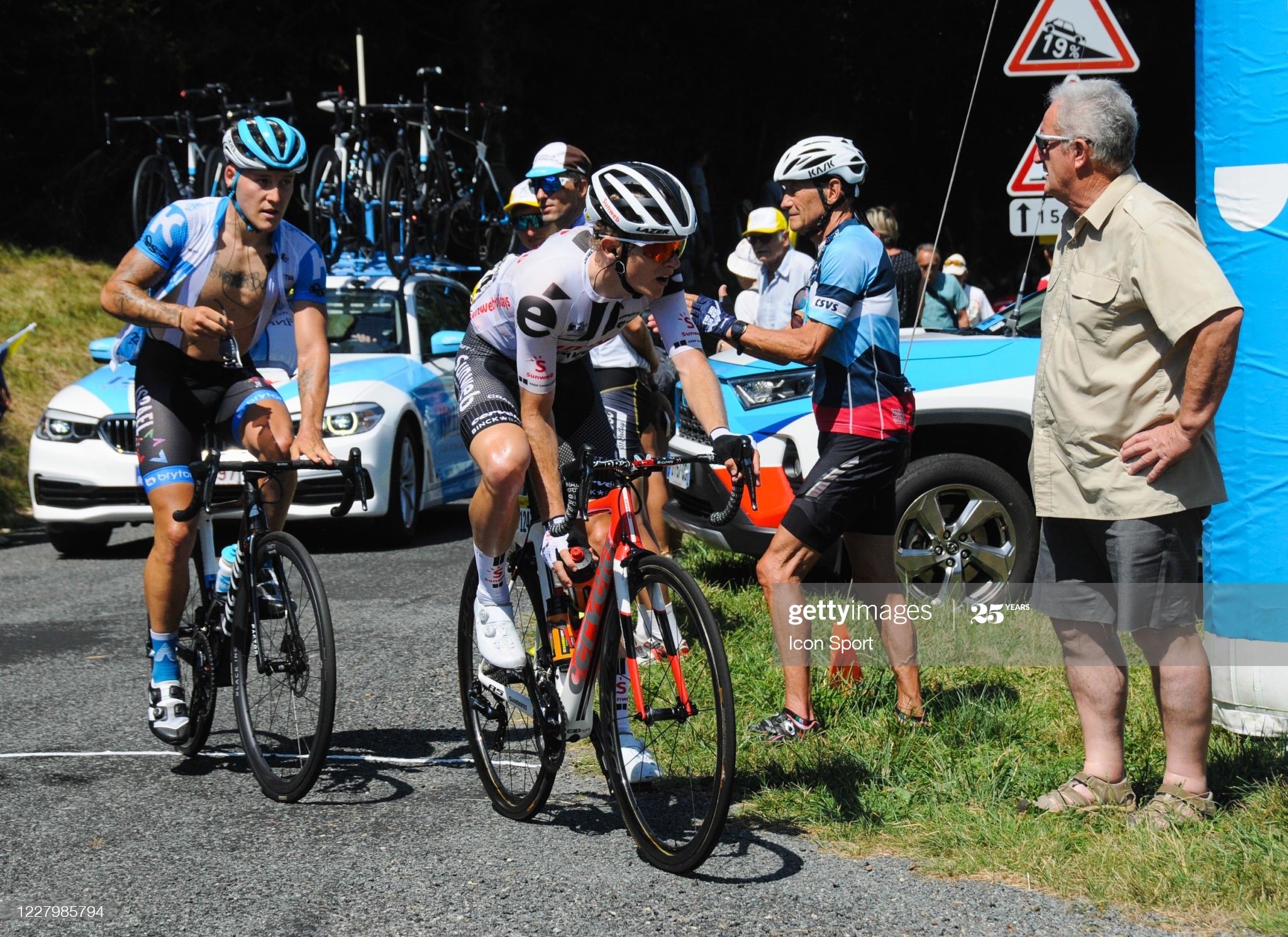 When Nick was racing in the ’90s, the goal was to “get your number on the blackboard” (1). Nick did a lot more than that at the Tour of Ulster. These days, the goal is to appear or be mentioned on TV. Let’s see what Team Sunweb, and Young Master Salmon, can do over the next three weeks.

In the UK, the Vuelta will be covered live on Eurosport, with an evening highlights show on ITV4 at 8pm (just like for the Tour). And if you shout and cheer loudly enough at your television, it is a well established fact that Martin will hear you. (2).

(1) When a break gets established in a race, a motorbike official will time the gap and write the numbers of the riders in the break and the time gap on a blackboard. He will then strap the blackboard to his back, and ride his motorbike to the break and back to the bunch so that everyone in the race knows what is happening. Getting your number on the blackboard means you’ve made it in to a break that has gained a significant lead.

(2) I read an interesting essay many years ago called “Why does prayer work?” For the religious, the answer is easy – God hears the prayers and answers them. But what if you have doubts about the existence of God?  An alternative theory is that the person in need of help knows that other people are thinking about them and praying for them. And this support gives them encouragement and motivation.
It is only a small step from this theory to the belief that shouting at the TV will help Martin, especially when you know that familie Salmon are occasional browsers of our club website.