This week we have some updates on articles that have featured on the club website over the last couple of months.

A few weeks ago we suggested trying out a fixed wheel bicycle this winter. Chris White reminded us that Paddy Doran (another top Irish coach) and Stephen Roche (one of the greatest pedallers in Irish cycling history) were both big fans of using a fixed wheel in winter to re-learn the skills of “circular pedalling”.  Banbridge coach Tommy Evans also extolls the benefits of fixed wheels here.

Highlight of the Ards CC racing calendar was undoubtedly the Champion of Champions 25 back in August when George Peden (Prologue) beat Chris Boardman’s 27 year old record. Dany Blondeel was finally able to present the women’s trophy to Eileen Burns (Ballymena) at the Ulster 25 championships on 19th September. This is the 5th time time Eileen has won the trophy. She recorded a very fast 57:43, but it will be a couple of years yet before she can catch Lisa Rodgers for consistency – Lisa took 8 wins between 2001 and 2010. 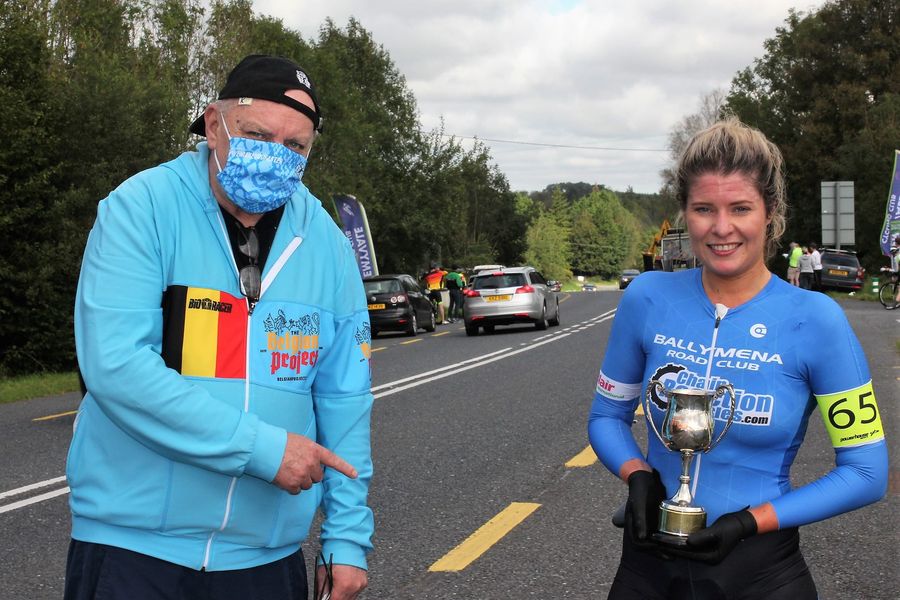 We had hoped to bring you an article on cyclo-cross, another great activity to try out this autumn, and a branch of the sport where Ards CC is already enjoying success with the Rockett brothers and others. Unfortunately, races are currently suspended due to tighter restrictions. Hopefully the season will resume soon.

In the mean time, we have restarted limited club runs – check facebook for the latest. The key things to remember in additional to the normal social distancing rules are not to go out if you have any Covid symptoms, and to keep a record of who took part in each run (so that if someone does later test positive, all their contacts can be traced easily). Stay safe out there.

Back in June, new safety traffic islands were built on the Portaferry Road, meaning that it can no longer be used for the Tour of Ards finish. We’re not sure whether they’ve helped with safety of not – see the photo below. Certainly it doesn’t feel any safer riding on this stretch of road, as cars and lorries try to jump past in the gaps between the islands. Similarly, a 9 week refurbishment for the Hardford Link/Bradshaw’s Brae lights has ignored cyclists, with no advanced stop lines. So much for the cycling bonanza post lockdown. Let us know what you think about local cycling infrastructure, and what could be done to improve it. 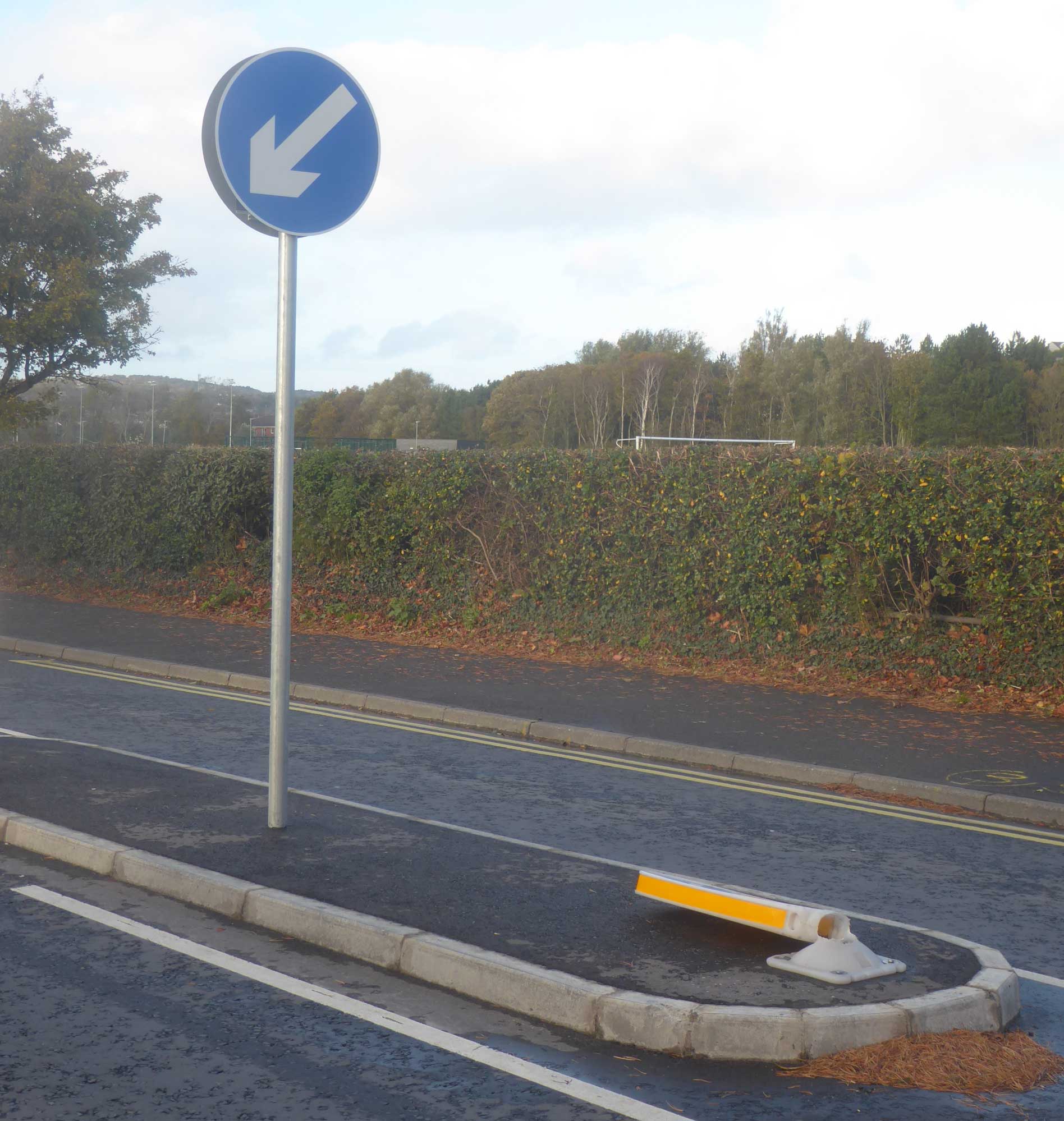 And finally…. last week we suggested you might want to watch this year’s Vuelta. Not even we could have predicted the edge of the seat drama that has unfolded over the last week. Dan Martin has made a brilliant start, climbing as high as second overall and winning a mountain top finish ahead of Primož Roglic and Richard Carapaz. And Sam Bennett dominated the only sprinters stage so far to make it two stage wins for Ireland. 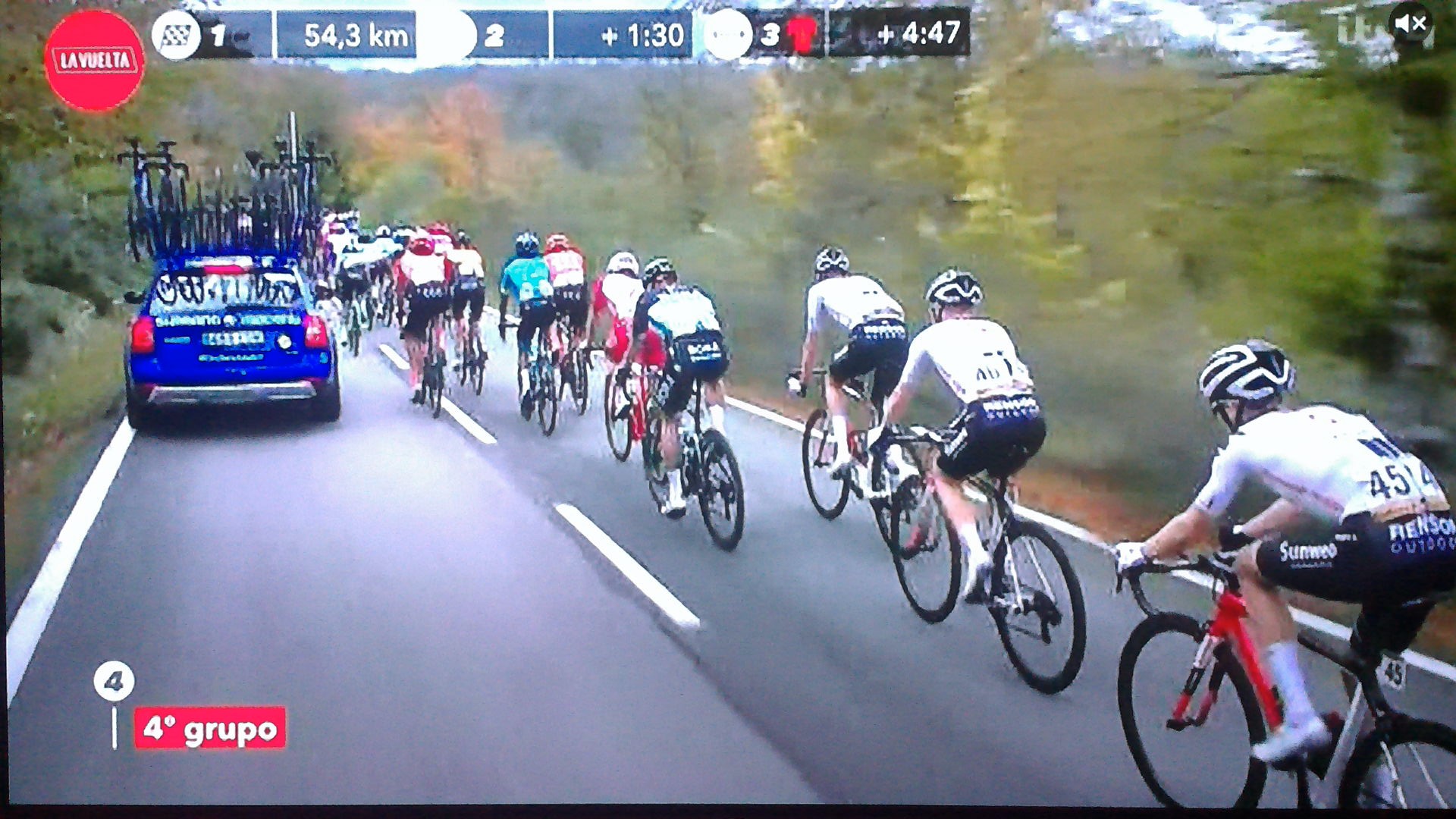 And what about young Martin Salmon in his debut grand tour? He’s already made it on to the ITV highlights programme. The snap shot above shows Martin (45) tracking two of his team mates, as Moviestar pile on the pressure with 54km to go on stage 2. Sunweb have already had a couple of top 10 stage finishes, including an eighth place behind Irish galloper Sam Bennett with the more modestly named Max Kanter.

And Martin’s mother Janet  (who also featured in our original ToU story) was interviewed for Spanish TV – https://www.rtve.es/alacarta/videos/telediario/vuelta-2020-madre-ciclista-martin-salmon/5692852/. Roll on week two 🙂