With club racing still suspended, we thought we’d look at some facts and figures from the club archives that David McNally unearthed while we were researching the club history last year.

First up, here’s the results of a club 10 mile time trial held on the Portaferry Road on 28th August 1991. 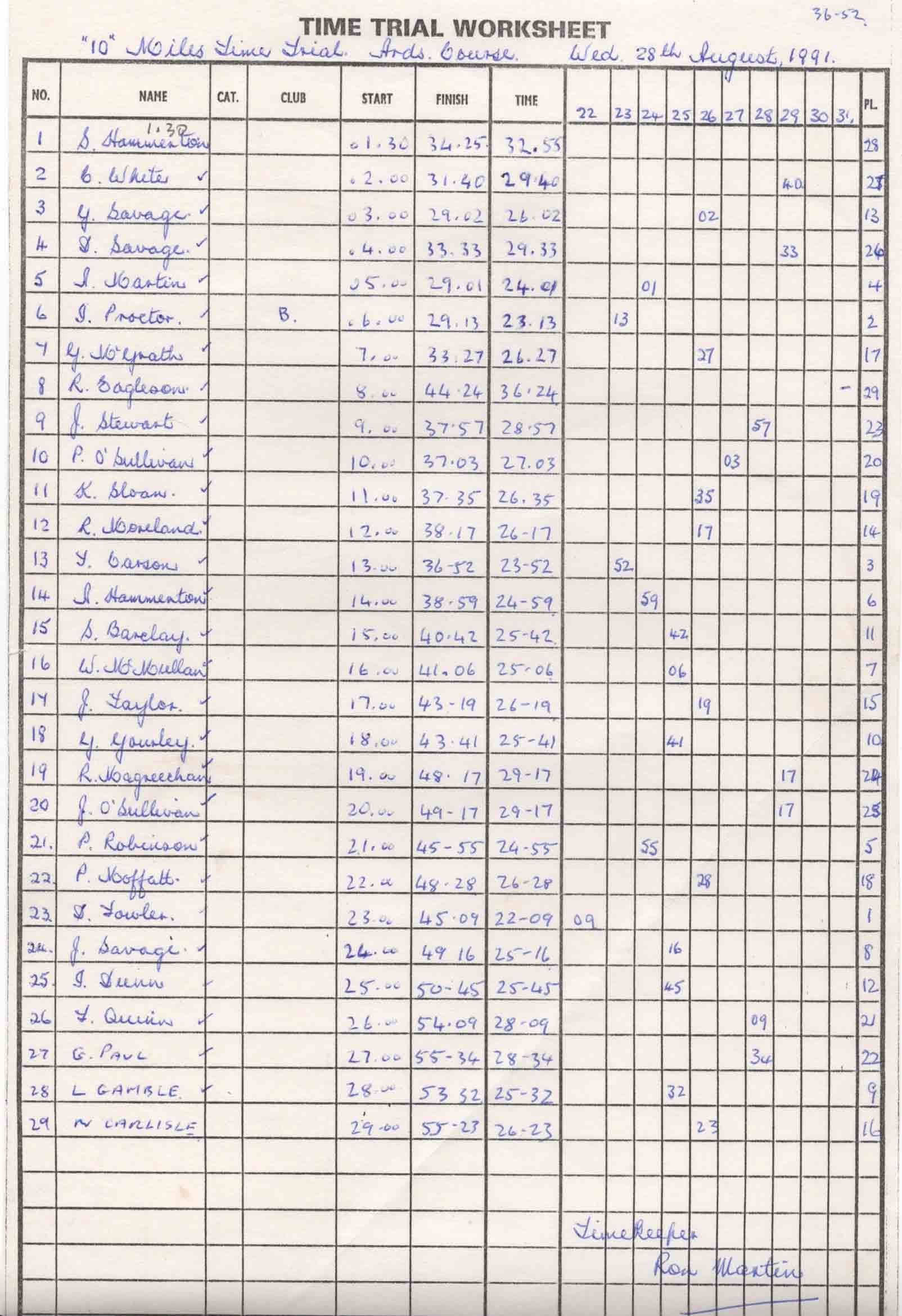 Our second document is a page from John O’Sullivan’s treasurer’s report from 1993. It lists the number of riders in each club race that year, and breaks it down by Ards CC and visitors, and by age. 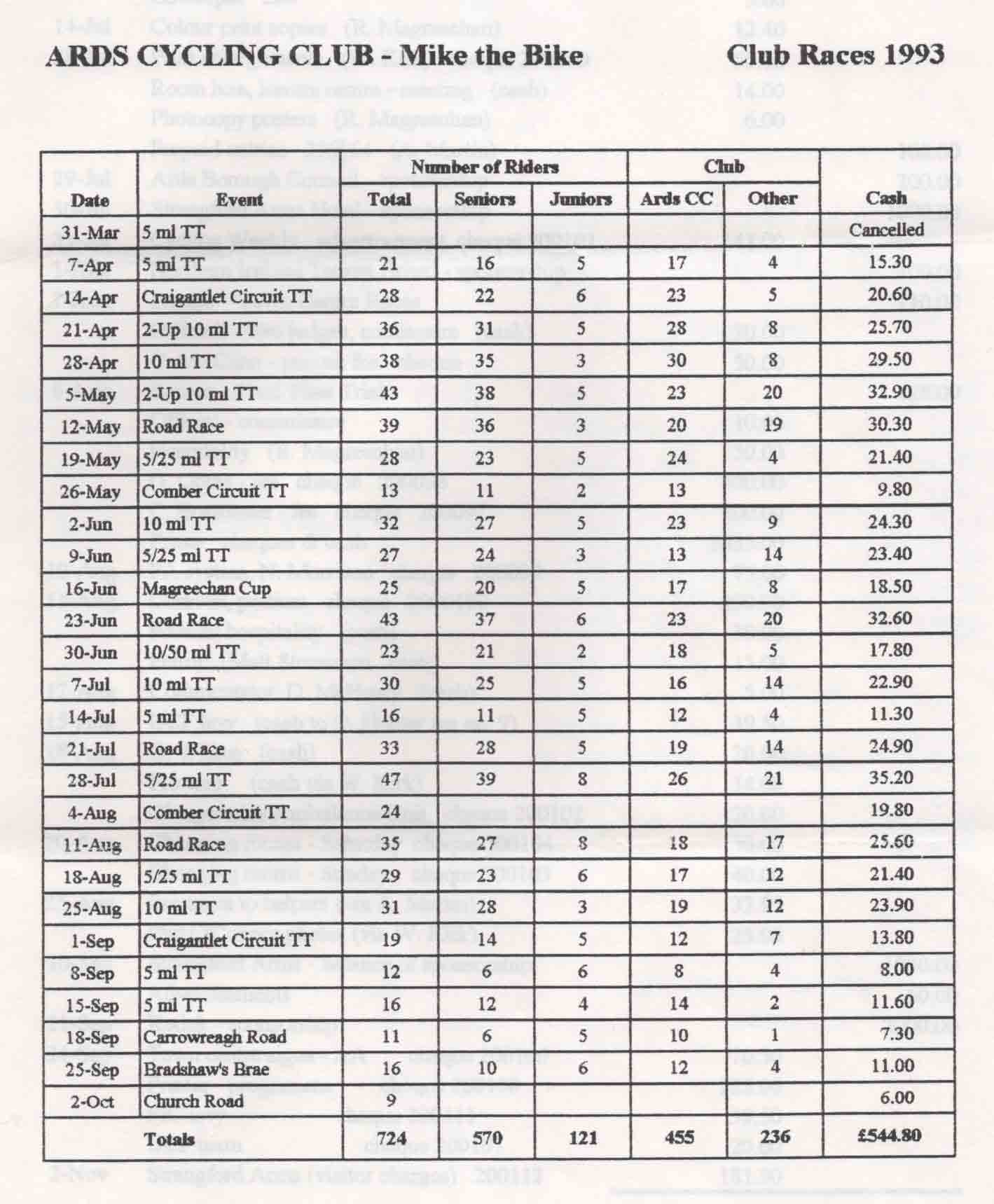 John was club treasurer for many years, and his reports were full of fascinating detail. It’s interesting to compare the totals from 1993 with the totals for last year –

Hopefully we’ll get some club time trials up and running later this year. In the mean time, if you’ve any other ideas for our Tuesday evening articles, let us know, email ardscyclingclub@yahoo.com .