It should have been the first club time trial of the 2020 season tonight, but that’s not been possible. To help fill the gap, here’s a little bit of history about the club 25 mile time trial trophy.

The “Burrows Perpetual Cup” was presented to the club by Addie Burrows Jnr in 1956. From 1956 until 1971 it was awarded for 50 mile time trials. There was then a gap of 7 years. When club racing picked up again in the late 1970s, it was re-purposed as the club 25 mile handicap cup, and it has been used for this ever since.

The full list of winners is listed below. It is fascinating to scan down the list and see many familiar names. 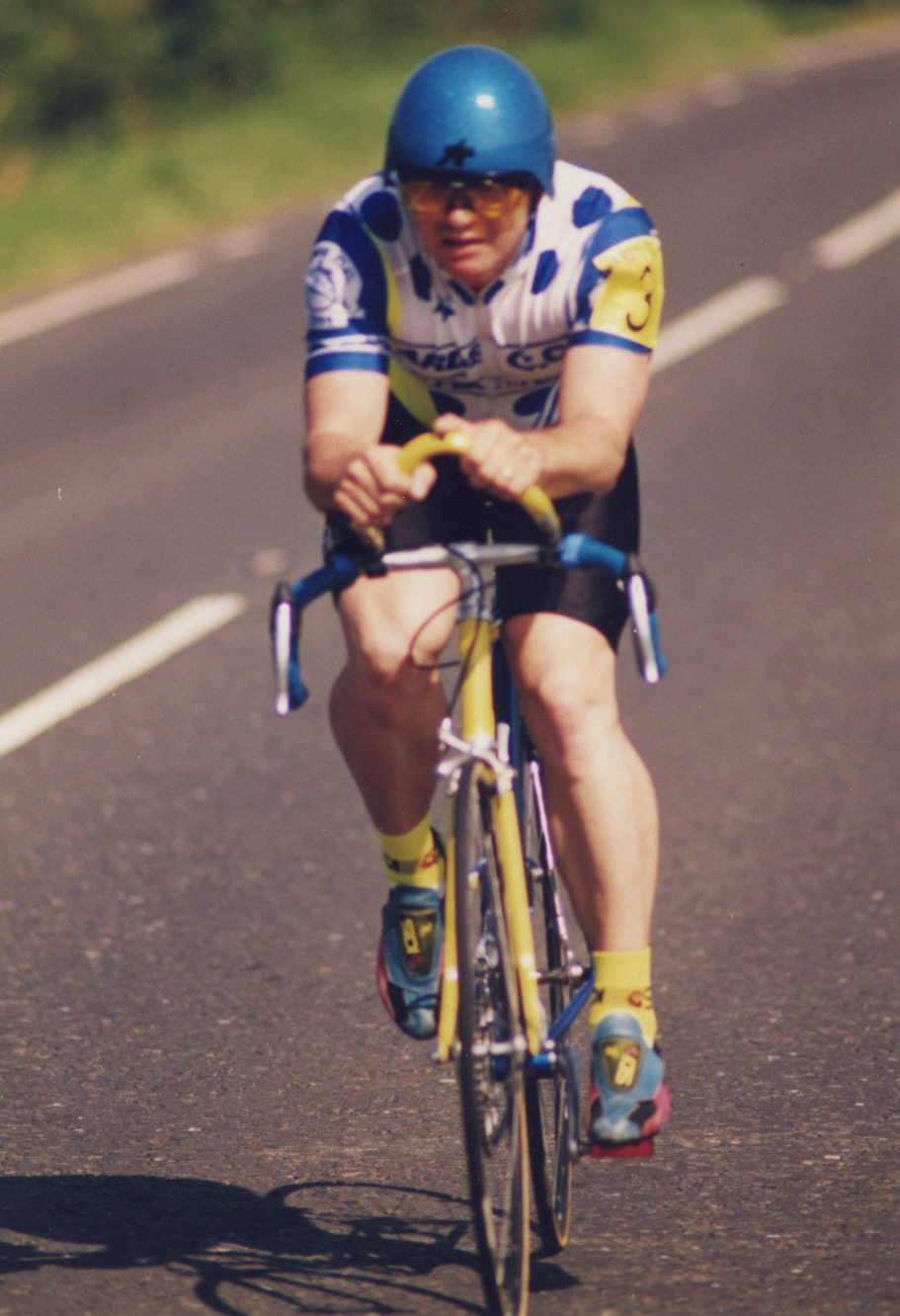 Stephen Barclay – pictured in the mid-90s by Jim Lavery. Stephen won the 25 cup in 1997, and it was great to see him back “enjoying” our Sunday club runs over the winter. 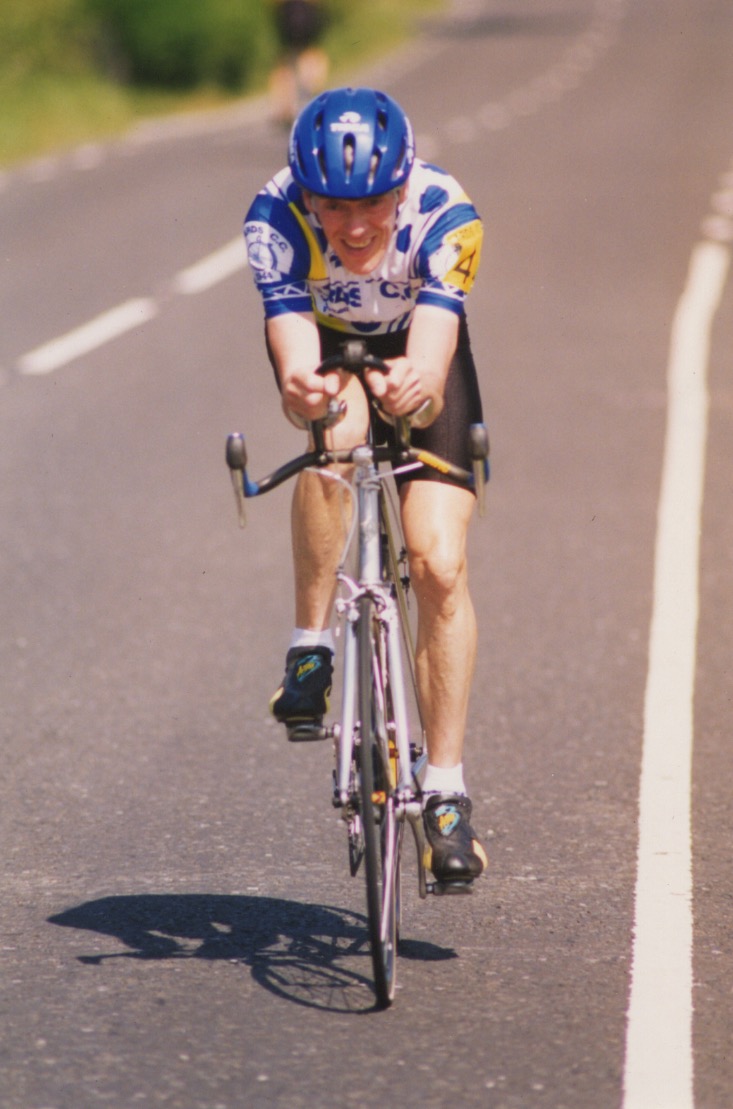 Hopefully we’ll be able to run some races later in the season, and add another name to the list this year. In the mean time, stay safe out there.