The Millisle time trial course was once again hit by strong winds last night, but that didn’t deter 13 enthusiasts from tackling the second club 10 of the season. Fastest, with a very impressive 22:19, was last week’s road race winner Adam Skeet (Northern). 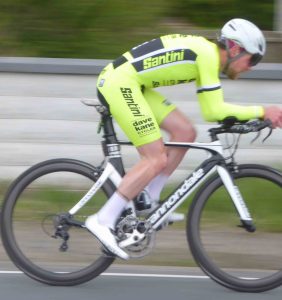 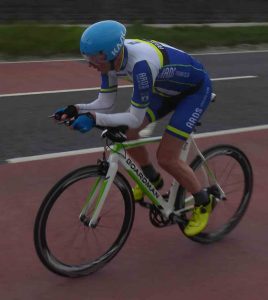 Fastest Ards rider was Barry Mitchell who just got the better of Robin Millar, but it is Robin who now has a slight lead in the McFarlane Trophy (for all club 10 and 25 mile time trials on a scratch basis). The standings are as follows –

On handicap it was a dead heat between Barry and Peter McErlane. It’s Peter that takes the lead in the 10 mile handicap trophy, matching his strong showing in open races recently with some solid improvements in his time trialling. The standings are as follows –

Thanks as always to the marshals and time keepers. Also, thanks to Stephen McKee for some additional photos – here.

The classic Austin A30 parked at the end of Woburn Road last night reminded me of a story from the book “Recycled Memories” (although the story is actually about 20 years older than the car). Belfast Cycling Club were looking for ideas to keep the club together during the winter months. They managed to get use of a house at 47 Woburn Road and held regular club weekends there during the mid 1930s. They would cycle down from Belfast on a Friday evening and spend the weekend exploring the peninsula. 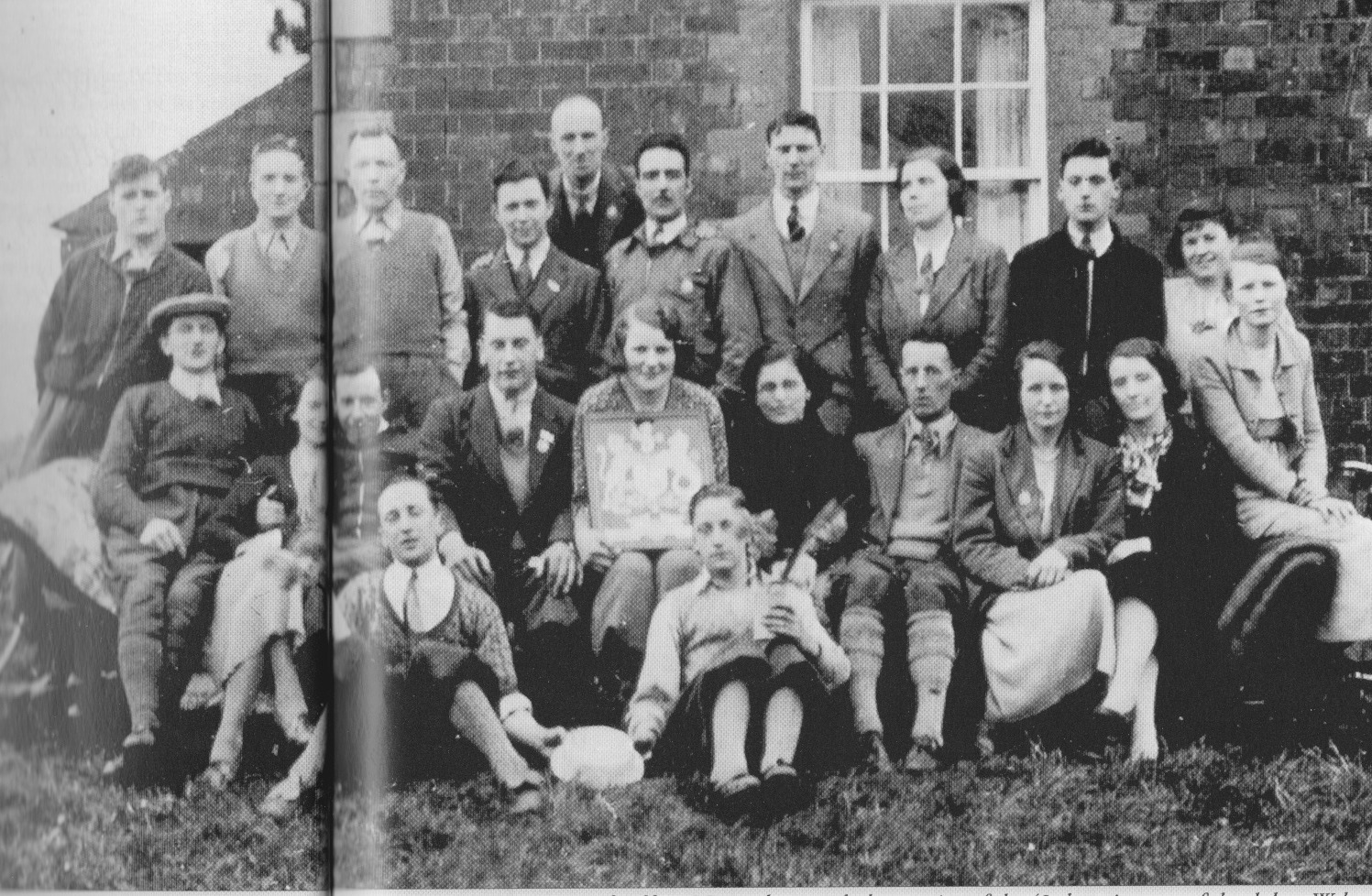 This picture shows Belfast CC celebrating their 43rd anniversary at the house in 1935. Norah Allen and Bill Kirk (parents of our past president Billy Kirk) are in the second row (5th and 4th from the right hand side). (Pictures from “Recycled Memories”) 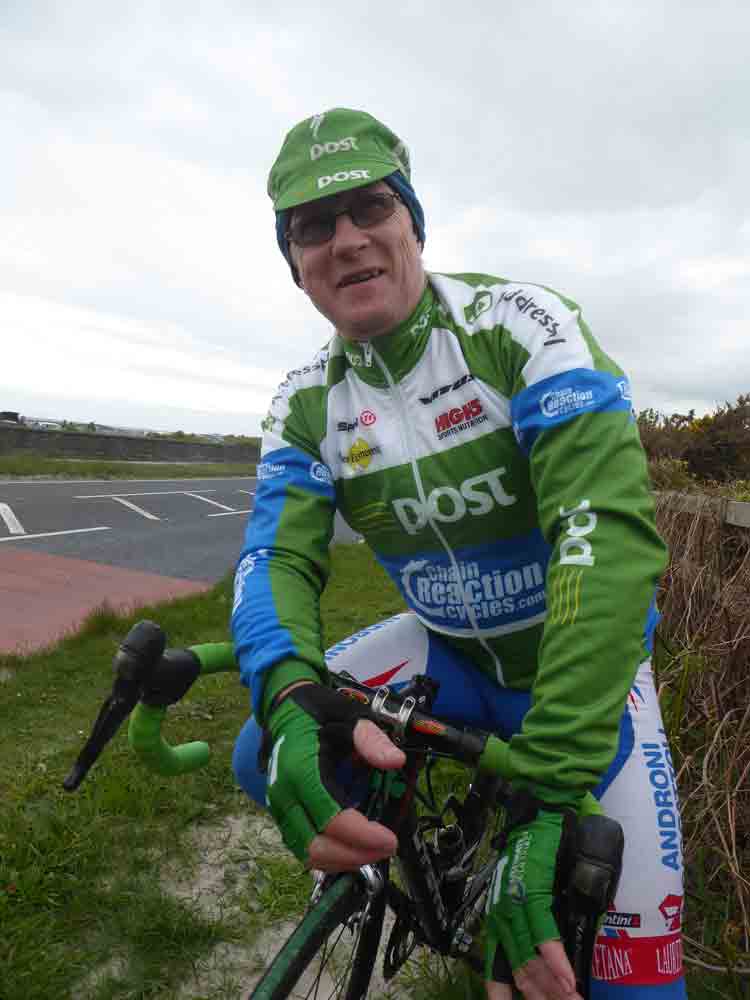 Talking about telling stories….., it was great to see our former club secretary Lindsay Gamble down at the race. He’s built up an excellent reputation as a Road and Track mechanic on international teams over the last 20 years, and is now starting to branch out into Mountain Biking. He’s just returned from 3 weeks supporting a pro team at the recent downhill world cups in eastern Europe. Next week it’s back to more familiar territory – the Ras.

Bill Murray chronicled many stories from that time, and summed it up perfectly when he said, “These were the happiest days of my life”. What memories are we making today? And will our stories inspire future generations? If you’ve any stories you’d like to share on our club website, let  me know…