Seven brave men faced the time keeper for tonight’s hill climb from the old Ballycullen stop up to the Scrabo carpark. Conditions were good for climbing, with a slight tail wind on the steepest section. 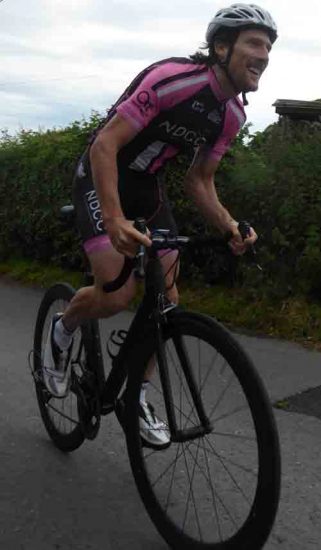 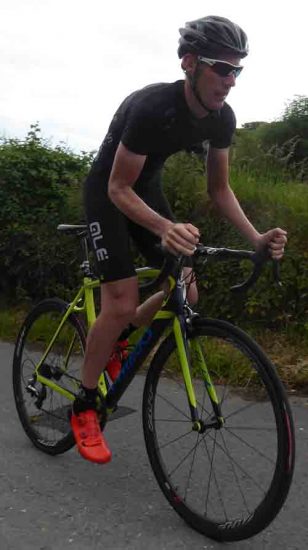 Fastest overall was visitor David Spalding (North Down CC) with a 5:13 (despite your correspondent’s attempts to send him to the wrong starting point…). He was just 6 seconds ahead of our own Gareth Murray. Both these riders were faster than last year’s winner. 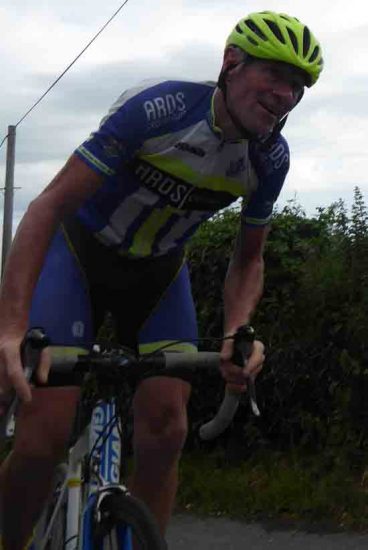 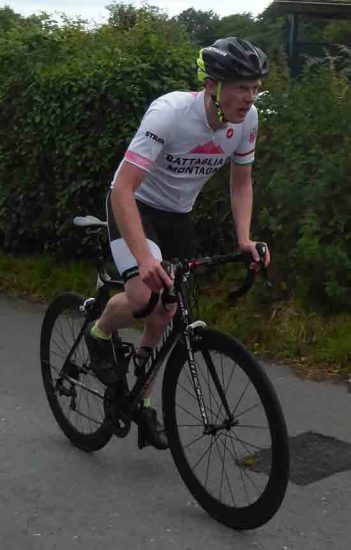 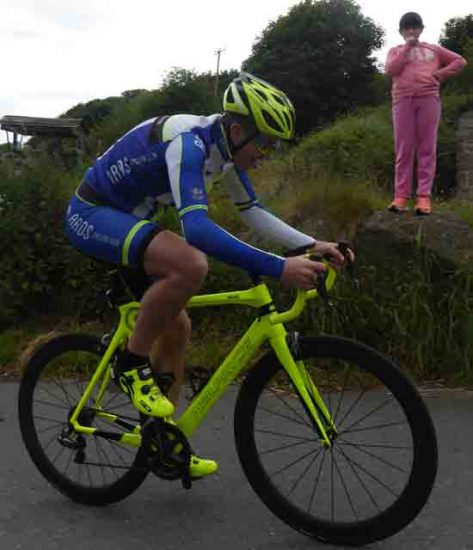 Richard Hanna was most fluorescent 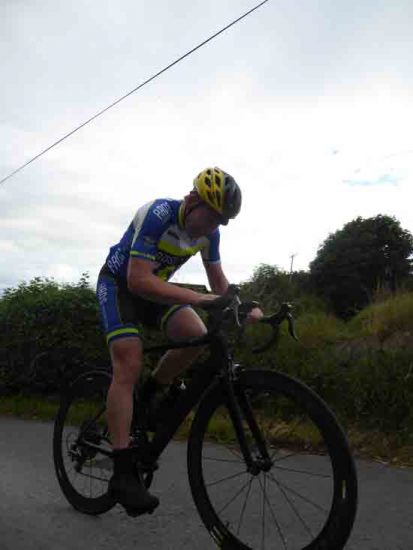 Thanks as always to the time keepers and marshals. Hopefully we’ll get a bigger field again next year. The spectators really enjoy it! 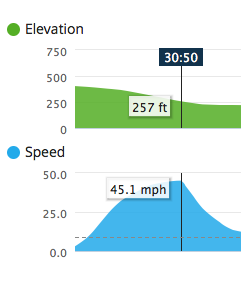 The descent was good fun too :-) 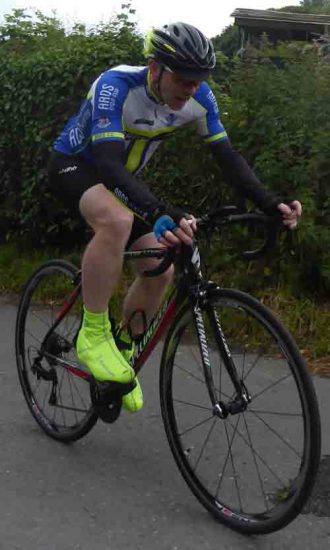