Thirty four riders signed up for 5 laps of a sunny but windy Carrowdore circuit this evening. The time keepers split them into three groups, with the front group of 9 getting a 6 minute start on the middle group of 21, and the 4 scratch men a further 2 minutes back.

Experienced riders like Michael Rowan and Ian McClure soon had the front group working well. The middle group also looked strong, but scratch were struggling a bit and suffering due to a lack of some of the regular strong men. 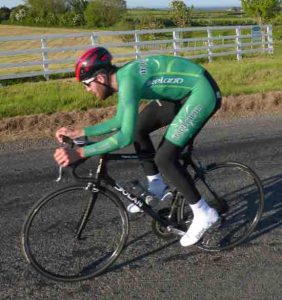 By half distance, the middle group had only caught about 2 minutes on the limit group. Ian Inglis had dropped the rest of scratch, but was still over a minute and a half further back. With one lap to go the gap between the front two groups had closed to just one and a half minutes, but the limit men stuck to their task and held on to contest the sprint for the win. At the line, it was Ian McClure (Northern, and a demon schoolboy sprinter back in the early ’80s) who took the win from Luke Fulton (Ards CC) and Michael Rowan (Northern). Josh Porter (Ards CC) took fourth, from Anthony Mitchell (Powerhouse) and Gary Wilson (Ards CC). Alex Porter (Ards CC) and Noel McIlfatrick (Castlereagh) rounded out the first group. 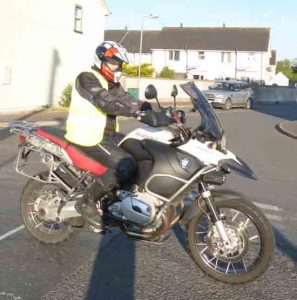 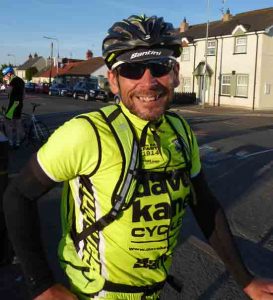 Here’s the latest standings in the handicap road race league.

Thanks as always to the time keepers and marshals (static and Paul Cunningham on the motor bike). It was a change to not see the back groups getting through to the front of the race – proof that a well organised group can do great things! Finally – best wishes to Roman Sarvas and Wayne Garrett who came off in the argy-bargy at the final corner.