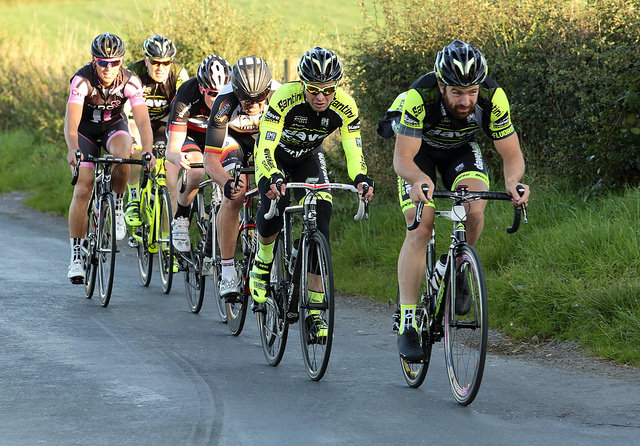 Fraser drives the scratch group, before leaving them to solo to victory

Commonwealth Games rider Fraser Duncan (Northern Dave Kane) stormed through from the scratch group in tonight’s road race at Carrowdore to take a solo win by nearly a minute. 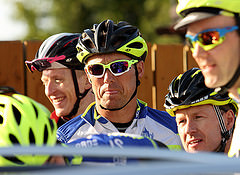 Paul McMinn sprinted in at the head of the main bunch to take the Billy Boal trophy for first Ards rider in the final road race of the season. He also picked up another 10 points, which means he wins the season long club road race trophy as well.

Third on the night was Jonny Webb (North Down), with Willy McMullan (Ards CC), Noel Boyce (North Down) and Liam Curran (Curran Racing) rounding out the top 6.

Here are the final standings in the club road race trophy. This table also shows the top six riders in tonight’s race.