Corrections to Kevin Briggs’ and Michael Rowan’s times, and James Carinduff’s surname. Apologies for that – if you see any other mistakes please let us know. Thanks. 21/7/21.

The warm weather and gentle breeze attracted another big turnout to tonight’s 10 mile time trial at Millisle. Peter McLean once again dominated, breaking the course record with an excellent time of 20:35.

Like the Tour de France, behind the dominant winner the next six riders were covered by less than a minute. Second was regular visitor Michael Boyd (unattached), and Alan Patterson (Ards CC) just pipped Barry Mitchell (Ards CC) for third. 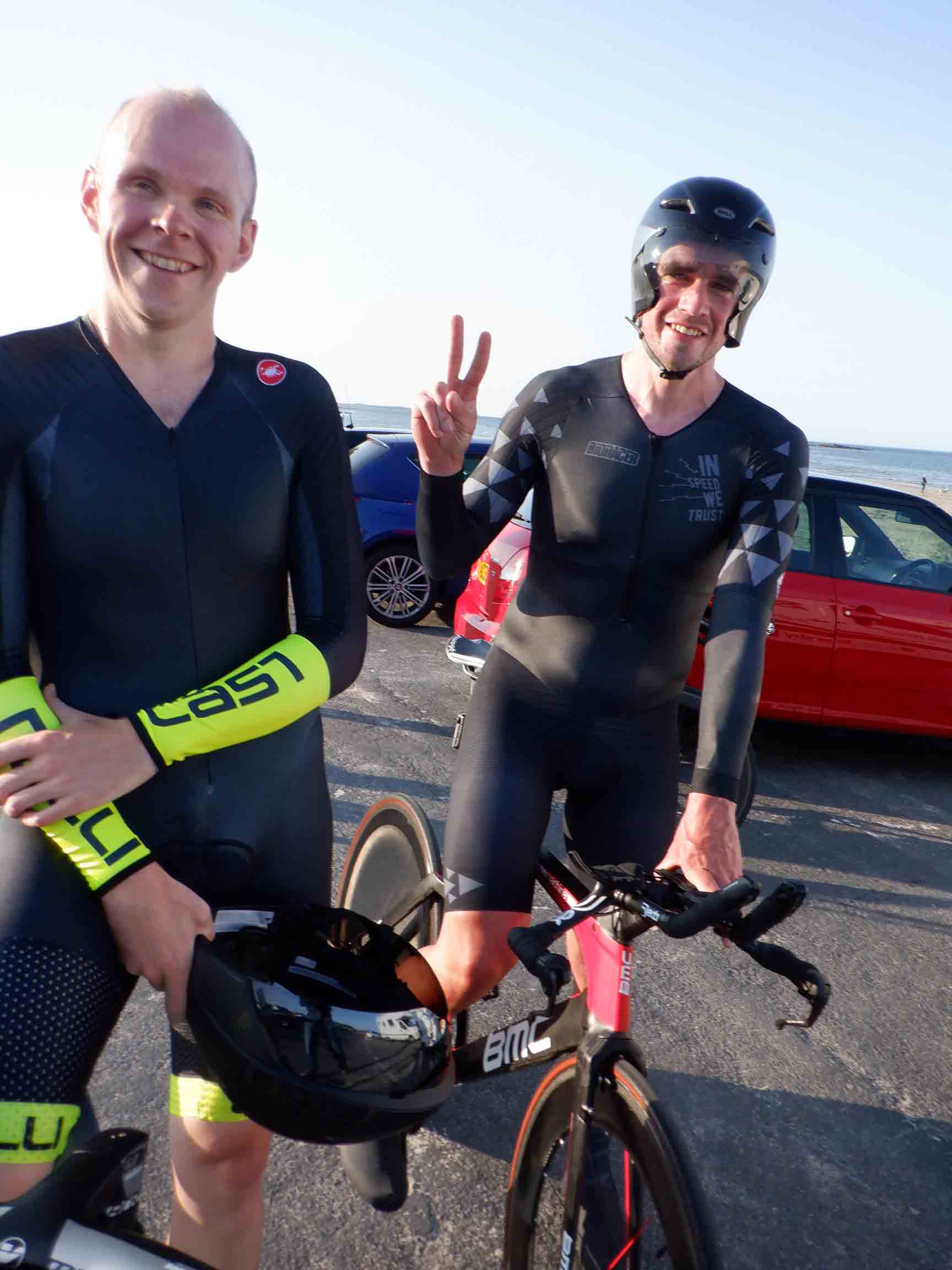 Barry laments his 2 second beating at the hands of Alan.

Fastest women was Erin McConnell (Ards CC) who improved by nearly a minute and half from her time in April to record 25:00. Second was Chloe Deyermond (Ards CC), just ahead of recently crowned Ulster Masters champion Gillian Orr (North Down).

In the battle for the McFarlane Cup (worked out on a scratch basis over all club 10 and 25 mile time trials), Peter edged one point ahead of Barry with one event remaining.

And finally, in the battle for the 10 mile handicap trophy, Barry Mitchell hung on to take the win by just one point from James Carinduff.

Thanks as always to the time keepers and marshals. And congratulations to all those who represented the club at the Ulster 25 mile Time Trial Championships at the weekend. It was quite a medal haul for Ards – the overall team classification reflects how strong the club is now. 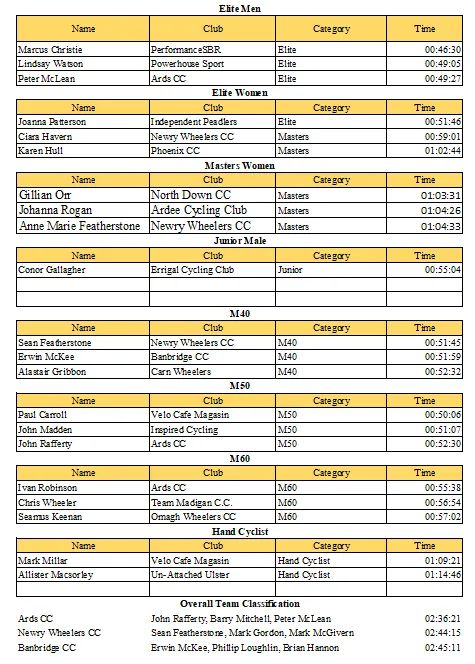