For nearly four decades Ards CC has reserved a special place in the club calendar for a 2-up time trial – a chance for riders to push themselves a little bit harder, and learn some key bike handling skills. It was great to see 13 pairs face the time keepers tonight – the best turnout for several years. And in spite of a niggly headwind from the north, the first five teams all beat the 25mph barrier. 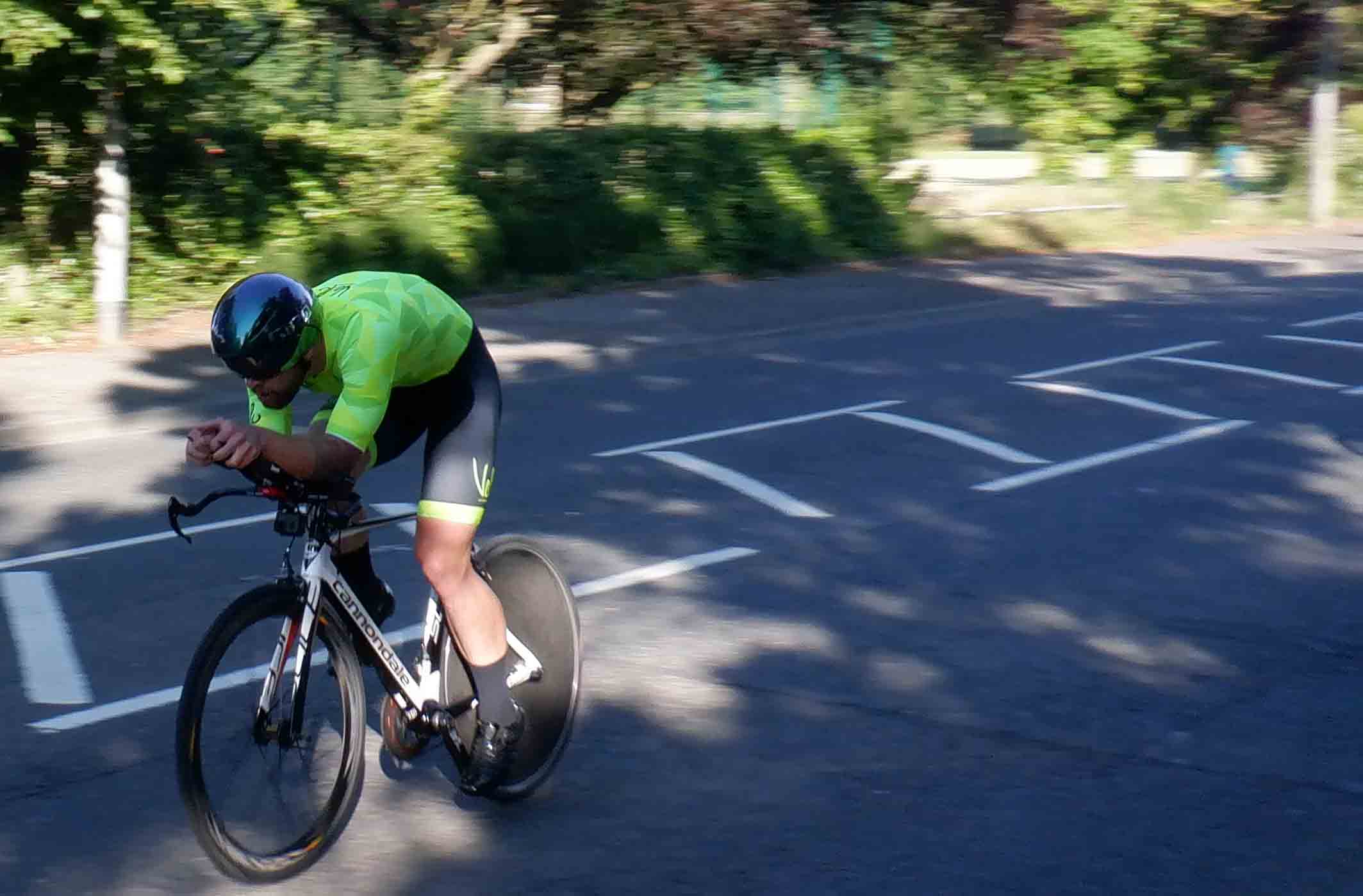 Fastest were Peter McLean (Ards CC) and Luke Joyce (Bike House). Peter actually distanced Luke in the sprint for the line (you can just see the shadow of Luke’s wheel at the right hand edge of the photo!) 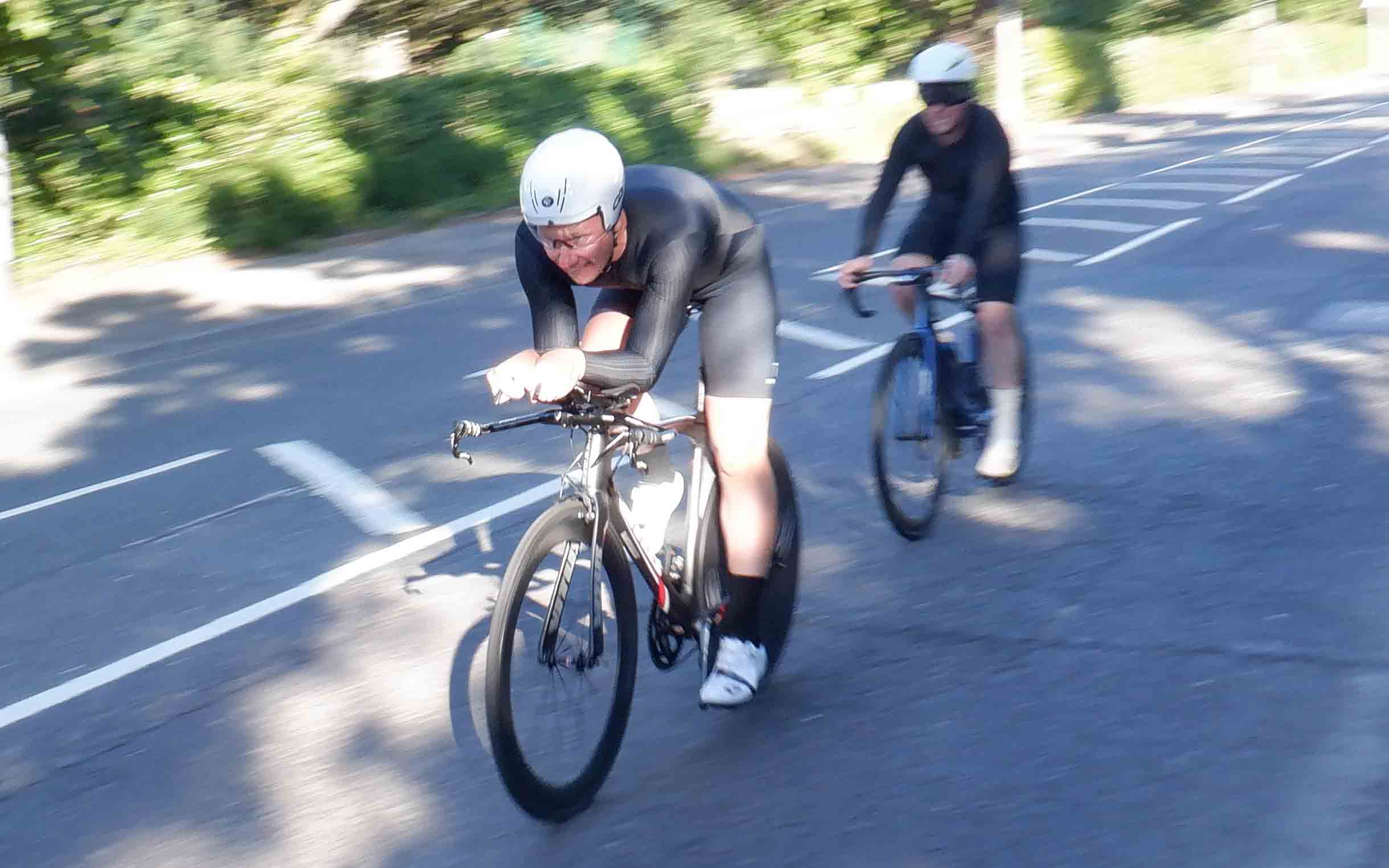 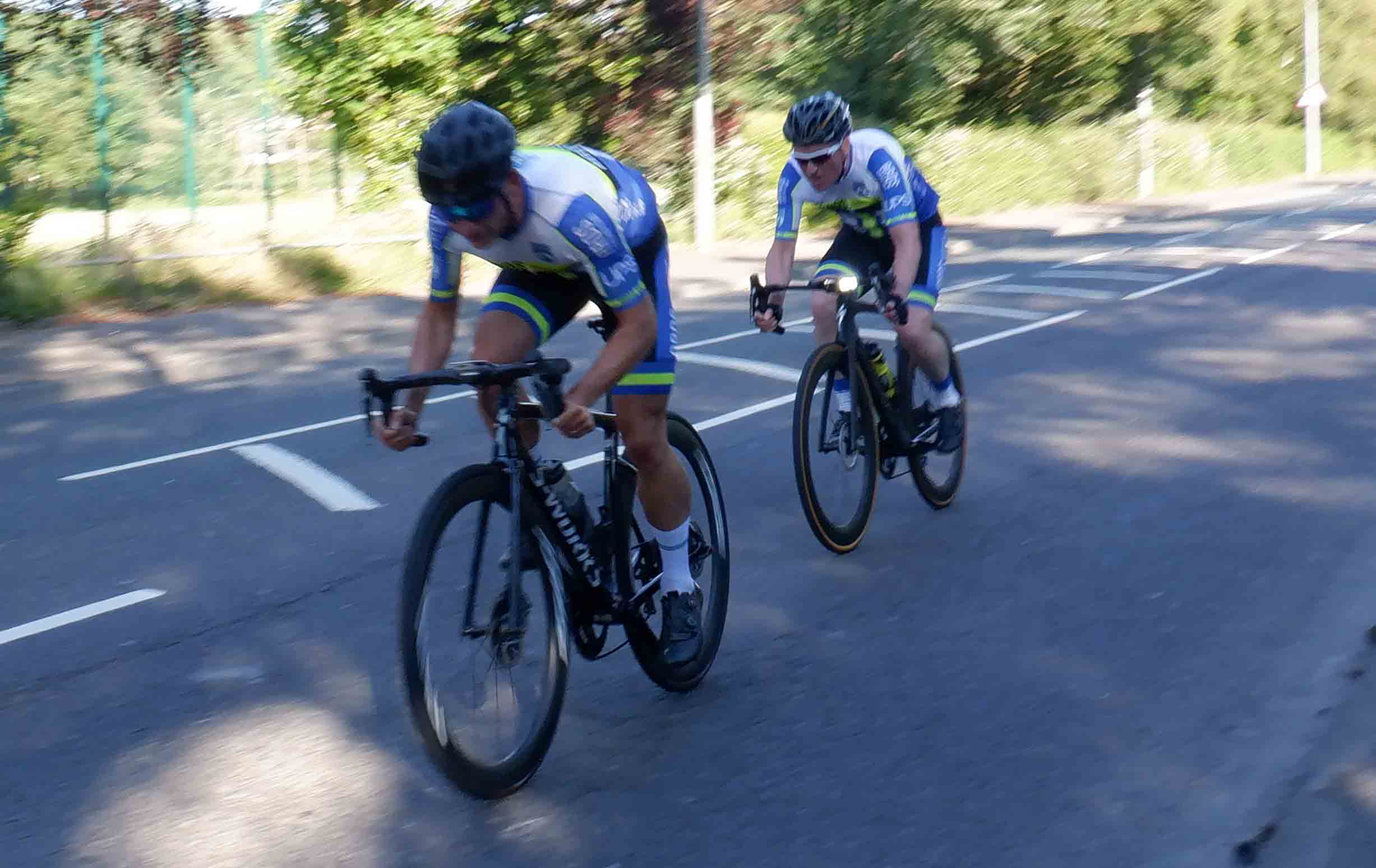 And third were Andrew McCullough and Phil Doyle (both Ards CC) 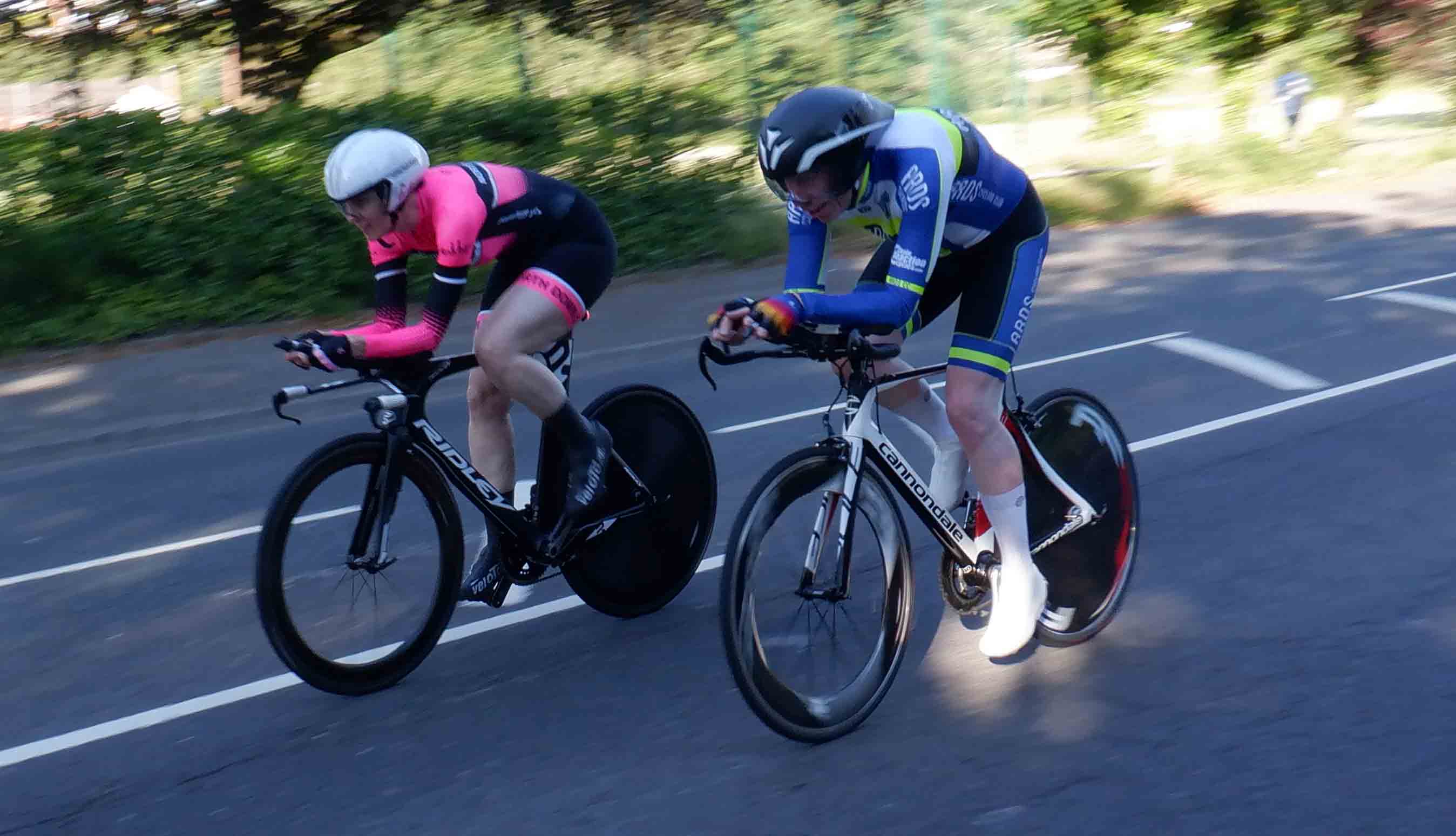 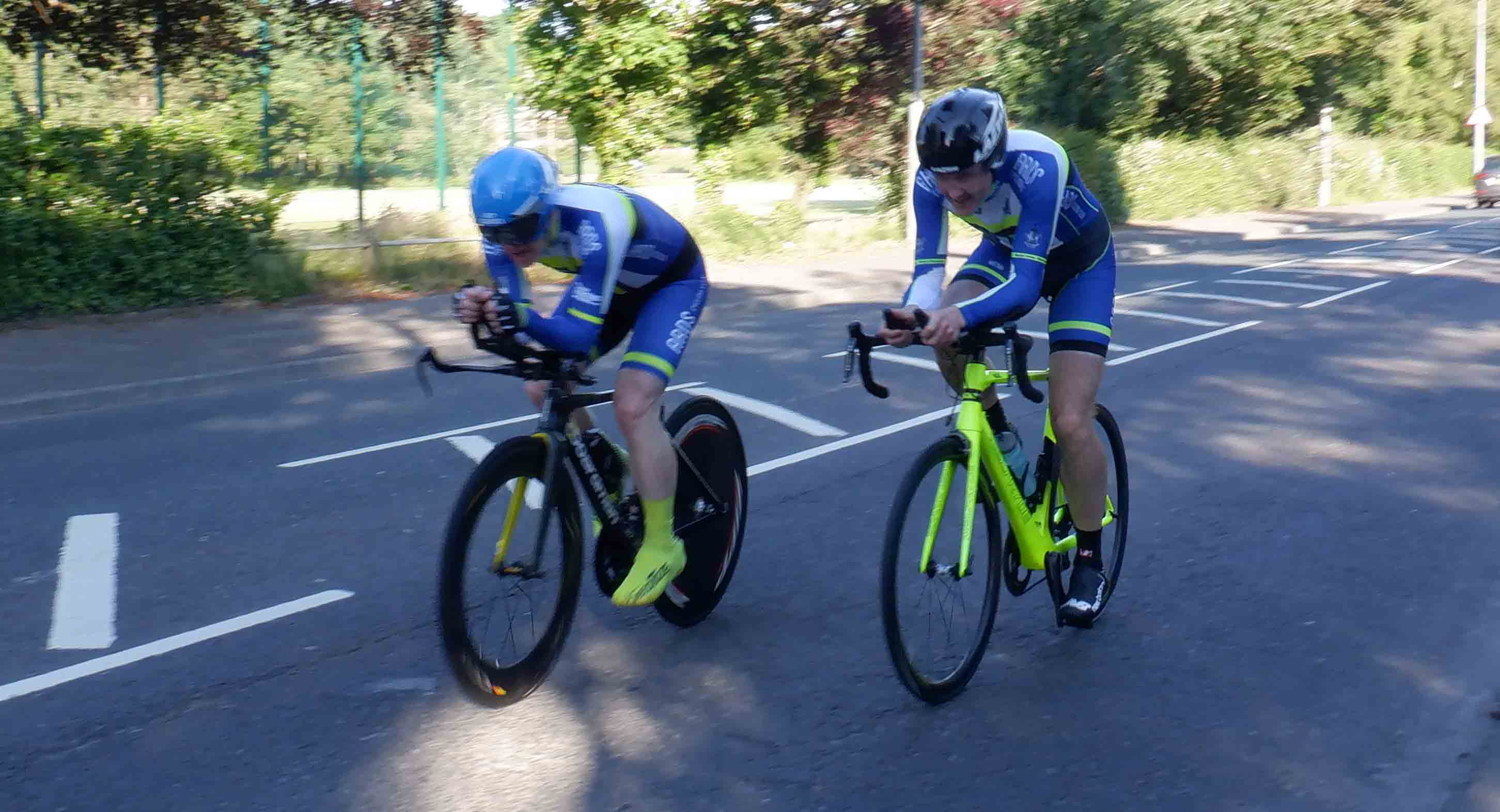 Richard Hanna showed no ill effects from his recent marathon ride as he took sixth spot with Andrew Jess. 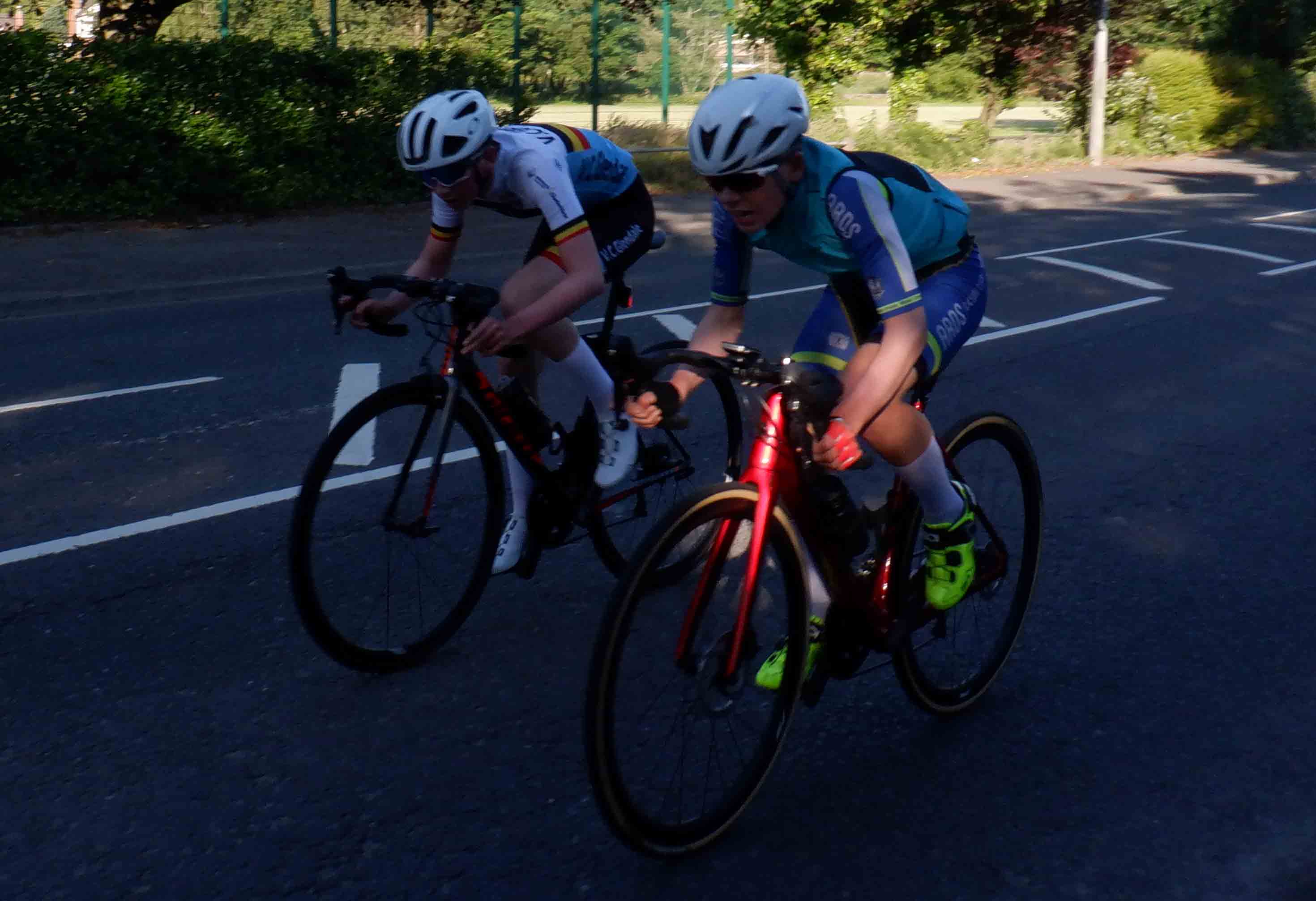 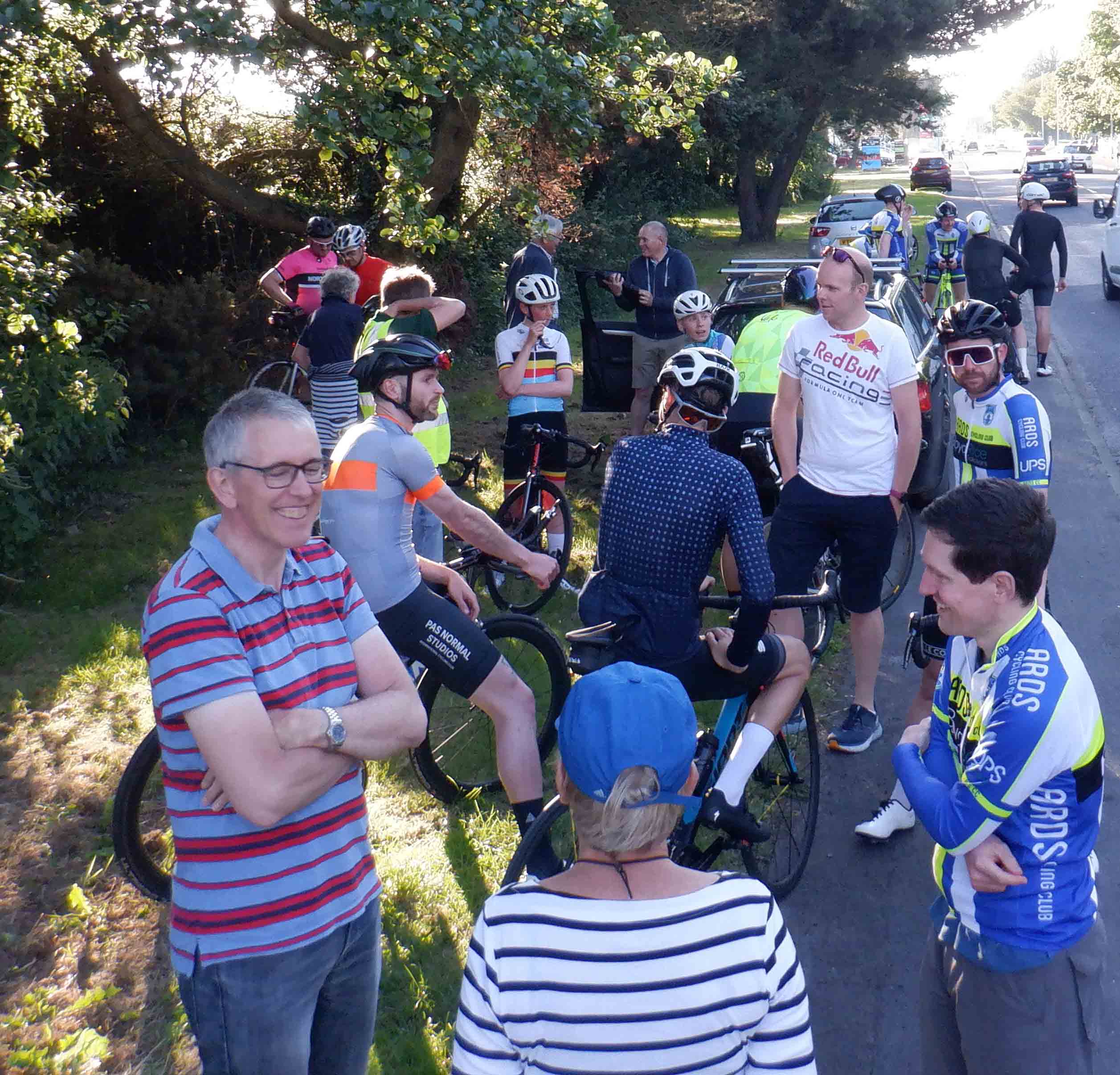 Plenty to chat about at the finish. Thanks as always to the time keepers and marshal. And it was great to see Ron Martin down tonight – he started time keeping in the late 1970s, and enjoyed trading stories with tonight’s finish time keeper Gavin McBride.