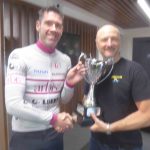 The rescheduled Champion of Champions 25 mile time trial, that had been cancelled on the 11th August due to a road traffic accident, took place this morning, although the organisers got a scare when another RTA blocked the road again today. Luckily the start was only delayed by half an hour. On the plus side, it meant that the riders missed the worst of the rain.

At the other end of the final standings, the penny farthing split the two hand cyclists, with Jim Corbett (Banbridge) fastest. 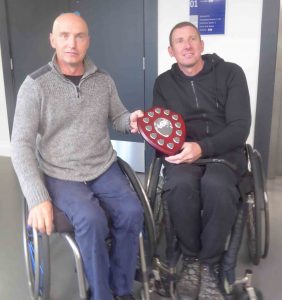 Above, Jim Corbett won the hand cycle shield, getting the better of Daryl Irwin who has won it twice before. Left, Jim relaxing on the start line. 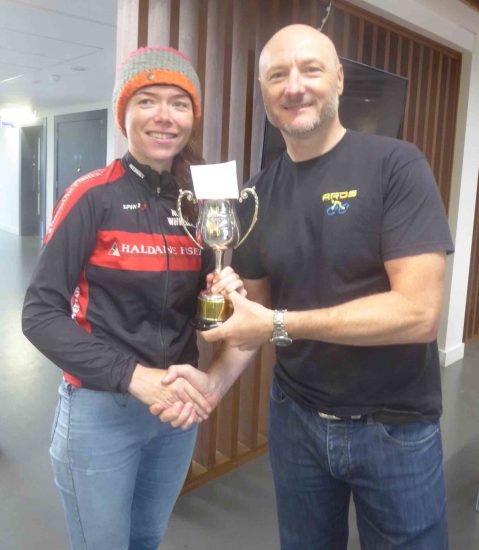 In the Ards CC competitions, Barry Mitchell recorded a personal best to win on handicap. This gives him the overall win in the club’s 25 mile handicap cup.

The McFarlane Trophy (worked out across all club 10 and 25 mile time trials on a scratch basis) was also up for grabs today. John Rafferty was fastest Ards rider again to maintain his 100% record in this competition. Here are the final standings in the McFarlane Trophy.

Thanks as always to everyone who helped to organise and run the event today – hopefully you’re drying out and taking a well deserved rest this afternoon. 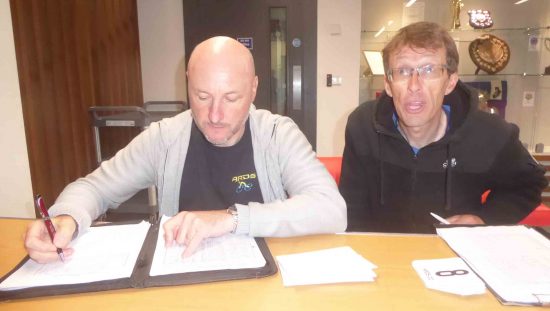