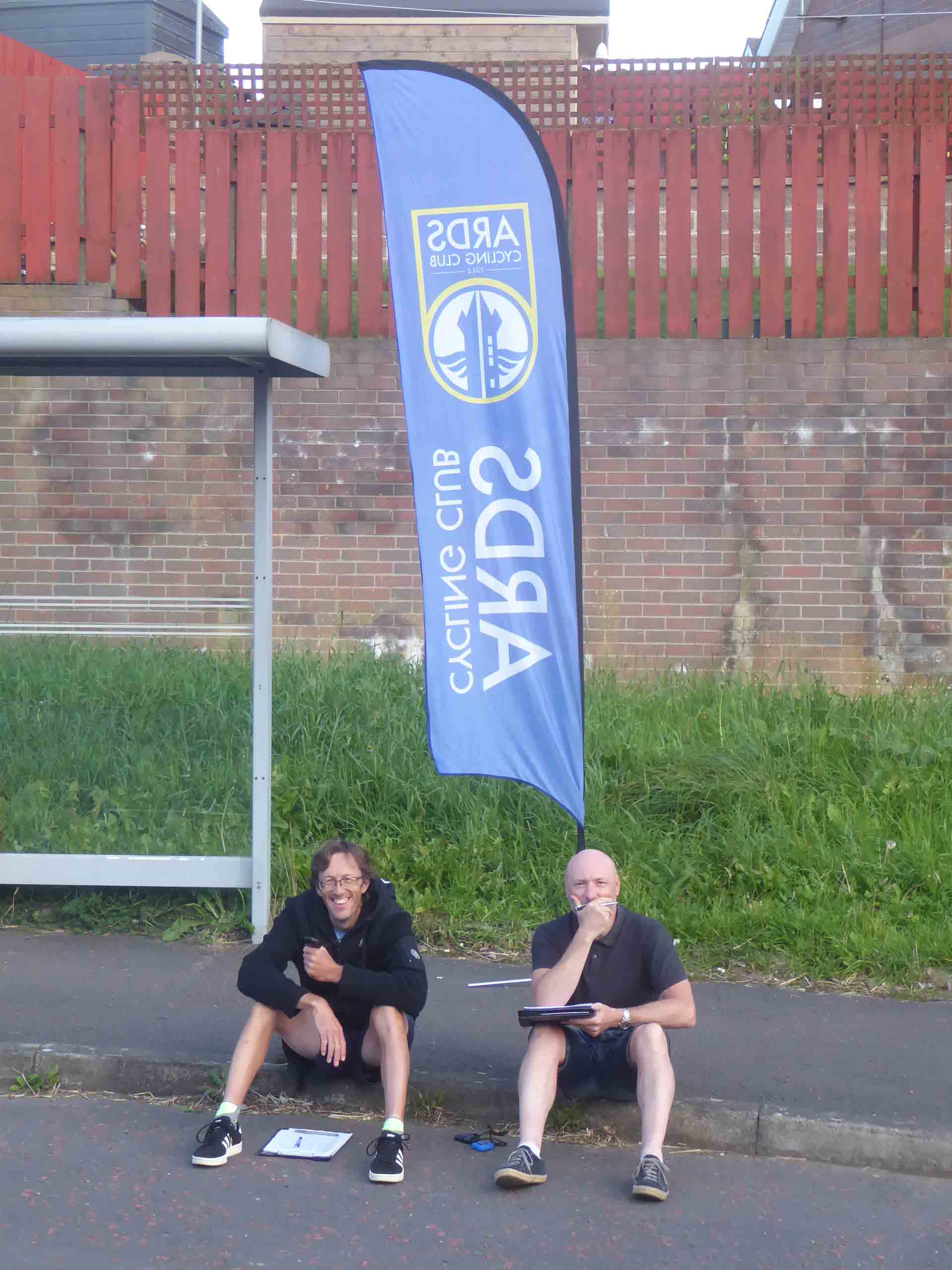 There was an encouraging turnout of eighteen riders for the final 5 mile time trial of the year in beautiful conditions on the Donaghadee Road tonight.

There was a great battle for the overall win. First to finish was John Rafferty (Ards CC) who improved his club personal best by 9 seconds to record 11:04. Adam Skeet (Northern) knocked 3 seconds off this with 11:01, only to find himself nudged down to second when Andrew Chivers (Ciclotel) finished with 10:51. 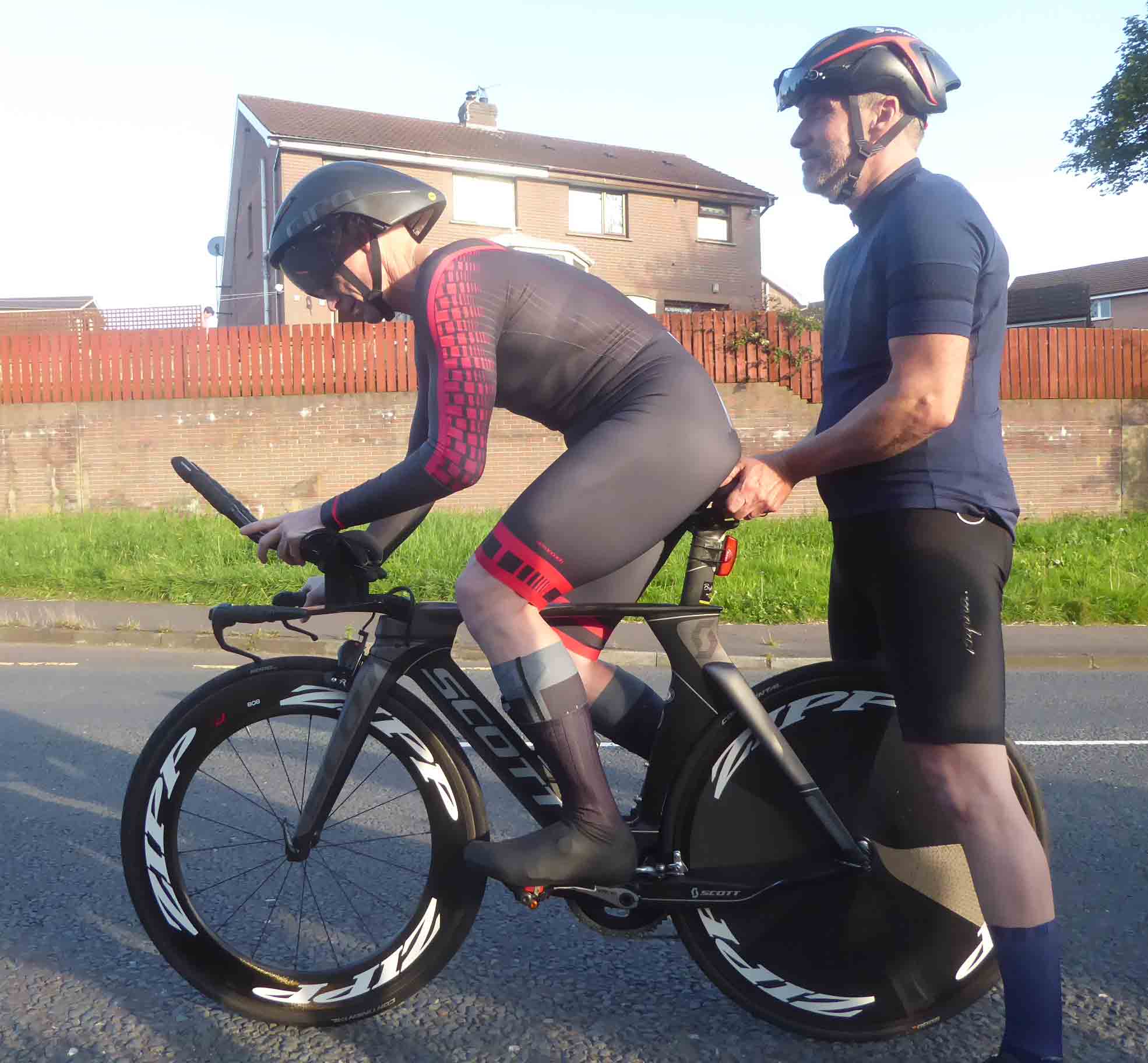 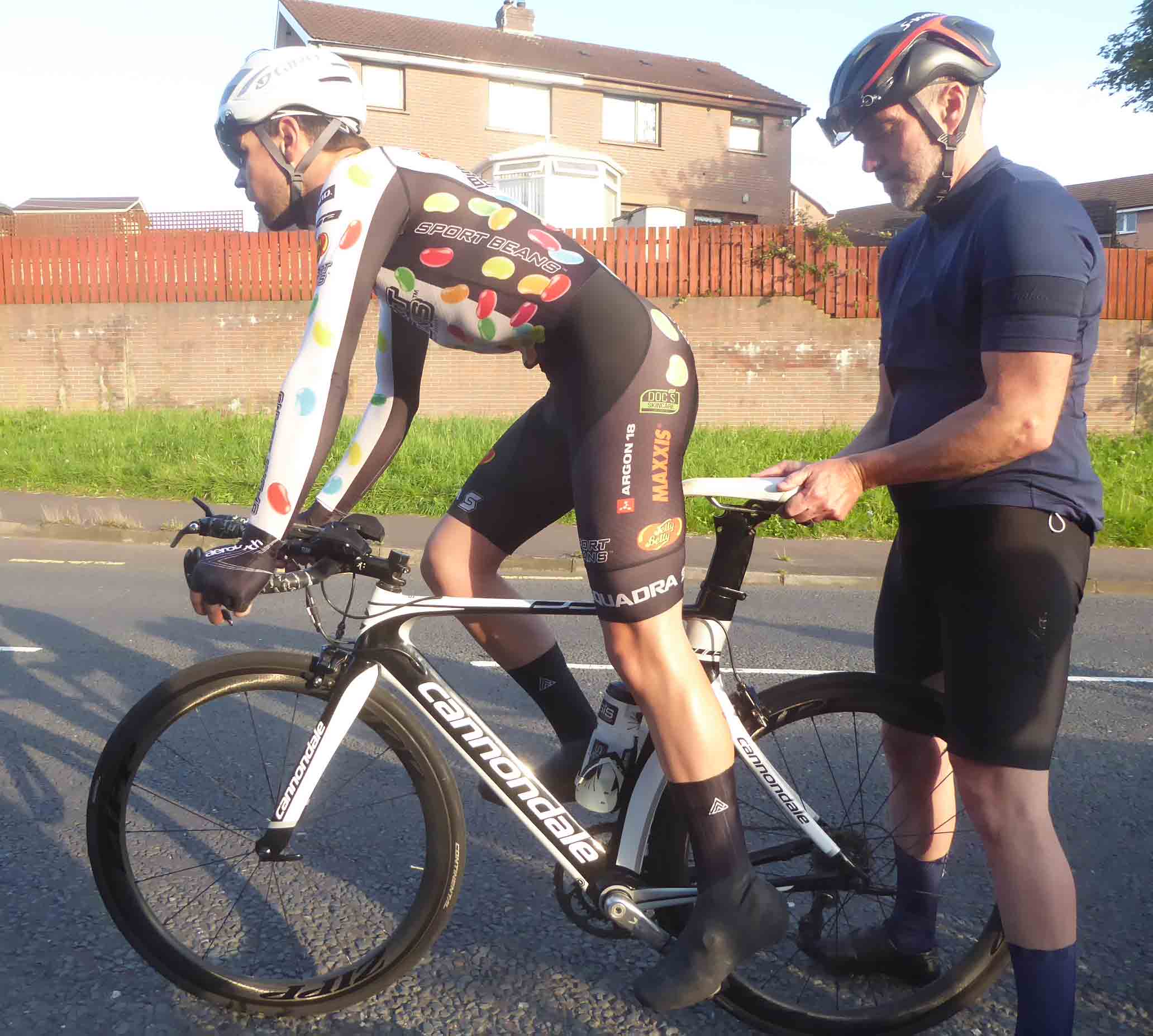 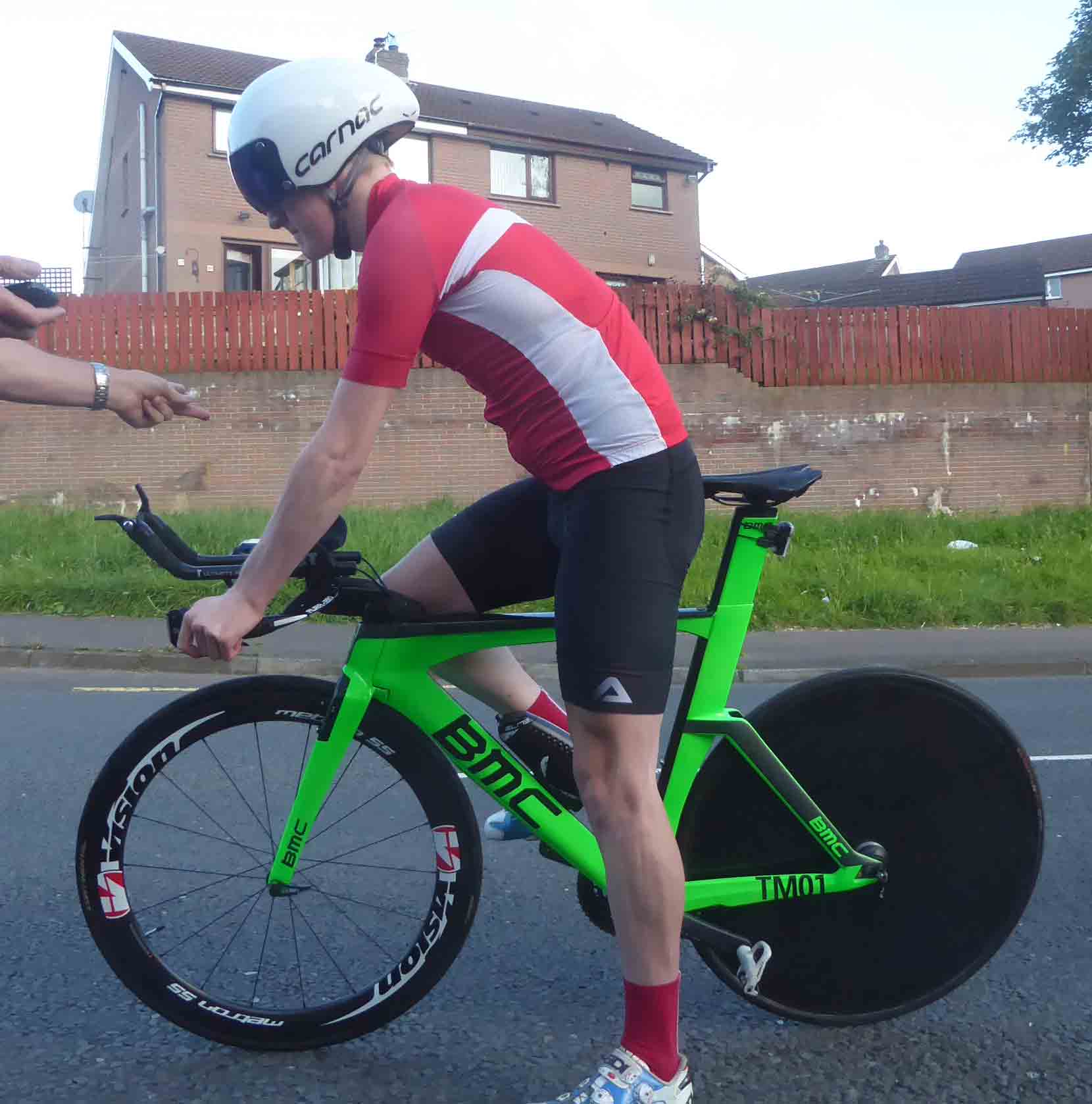 A number of other Ards CC riders also recorded personal bests. Barry Mitchell was 34 seconds faster than his previous best with a time of 11:27 – good enough to win a Super Gold medal. But Stephen Beattie improved by 35 seconds to record 12:43, and this gave him the win on handicap tonight. He also wins the 5 mile handicap trophy this year, having also won the first 5 on handicap back in April. Alan Rodgers also improved tonight but just misses out on a silver medal by 3 seconds. (There’s more information about the club medal scheme here. Note to self – perhaps it would be more useful to publish this link earlier next year…)

Thanks to the time keepers and pusher off, and a special thanks to the marshals on a night when there was a lot of traffic.

Next Tuesday is the final club race of the year – the Scrabo hillclimb, rescheduled from earlier in the season. Sign on at the Scrabo carpark from 6pm, with first rider off at 6.30pm. 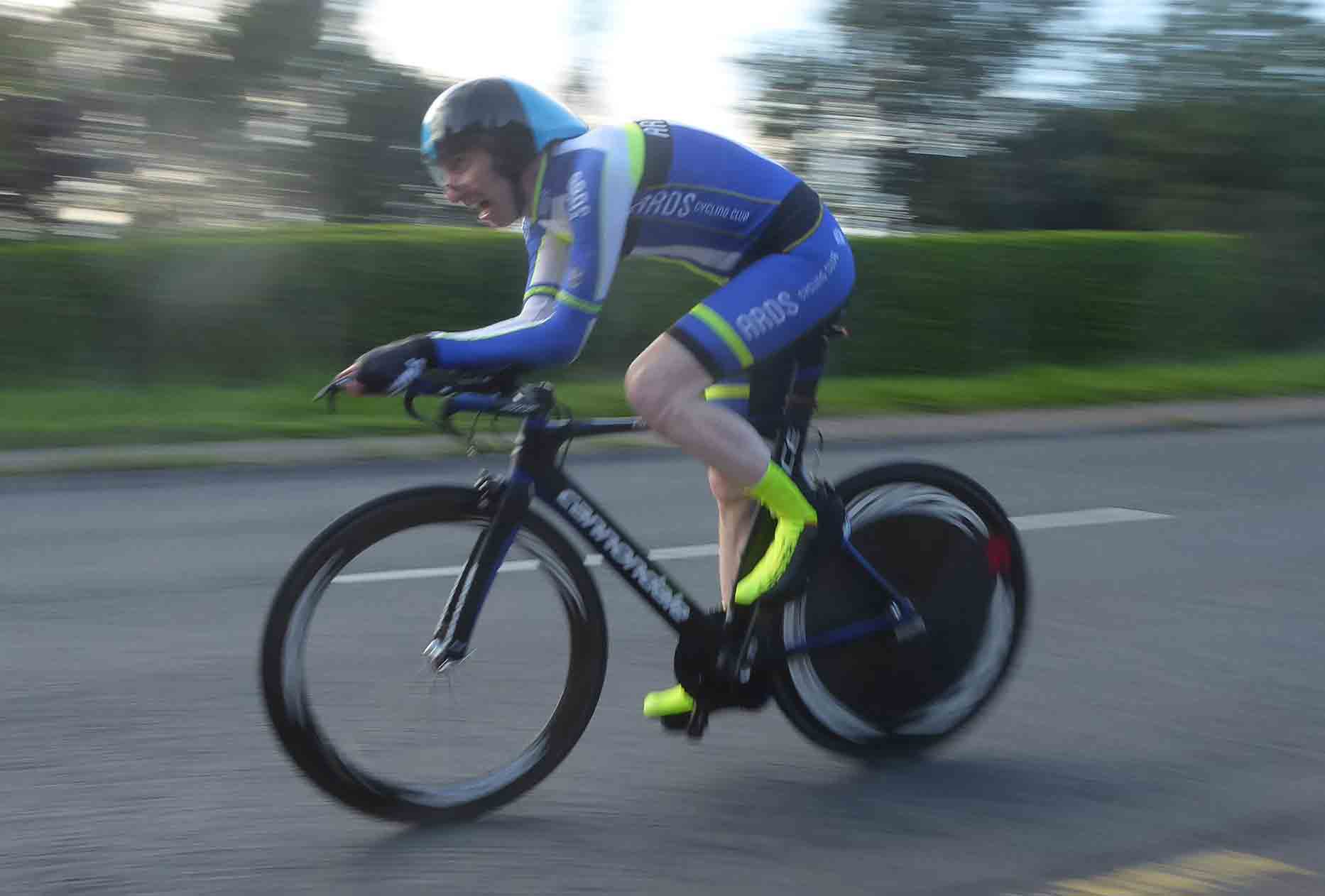 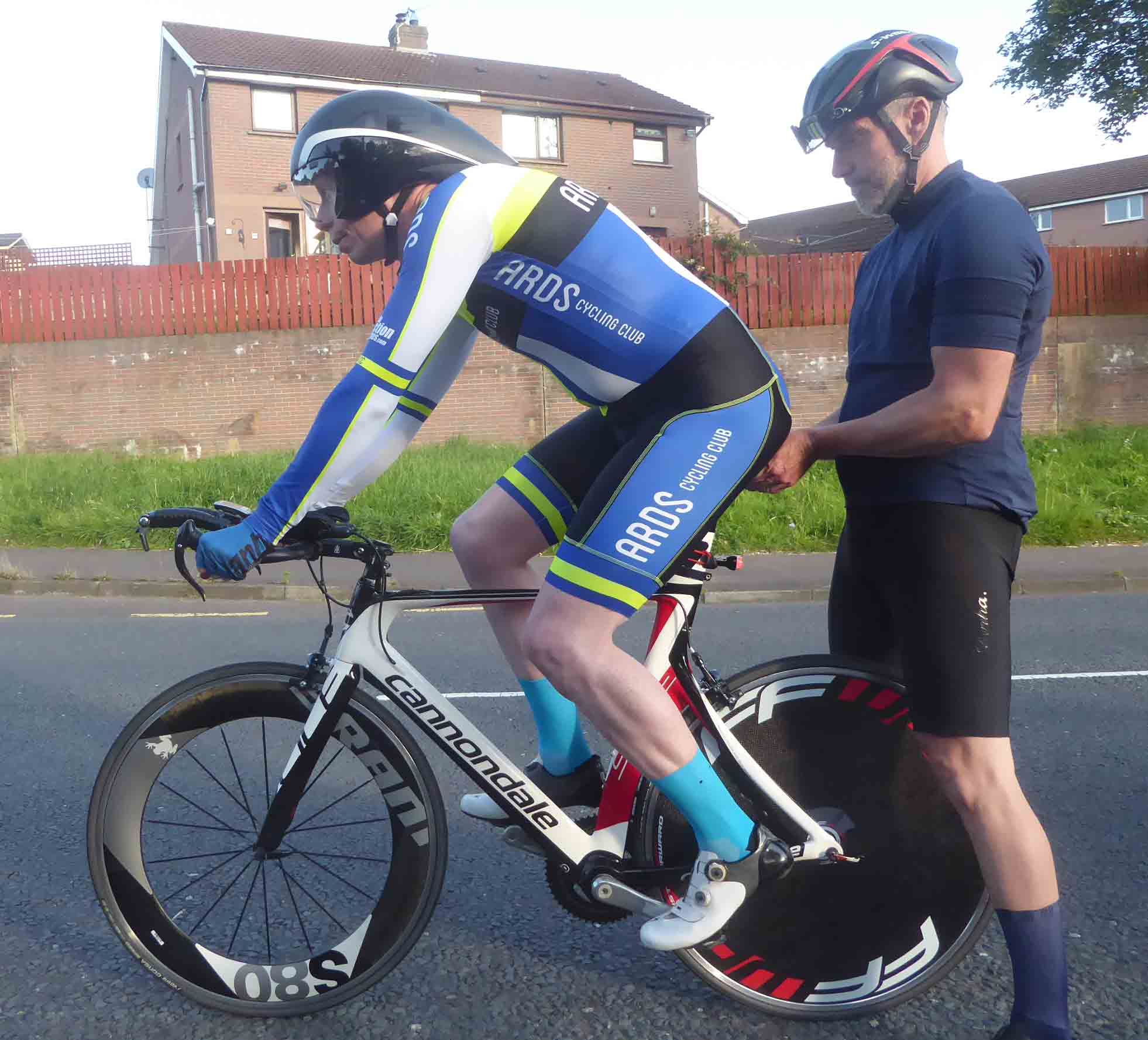 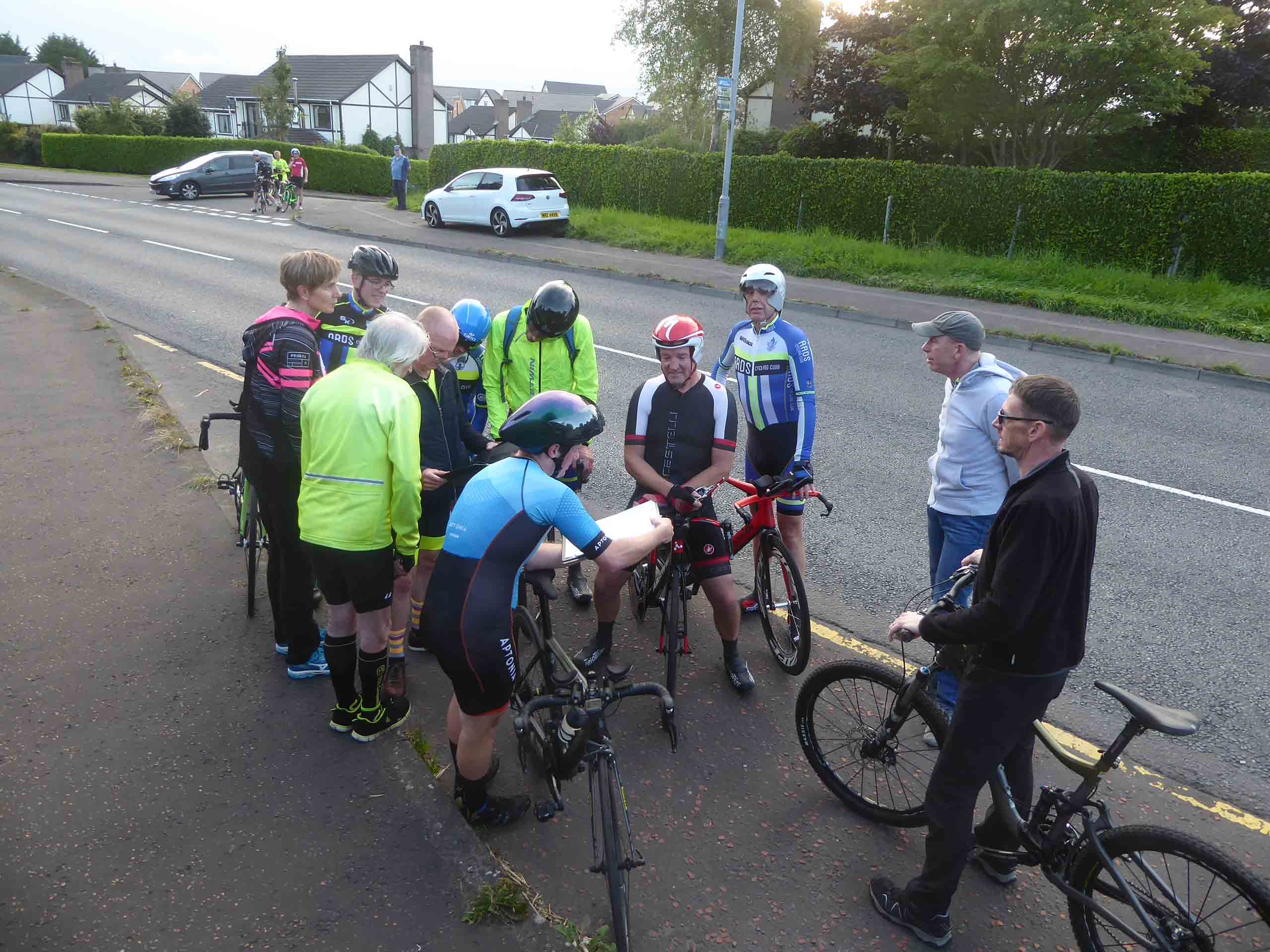 Comparing times at the finish