Here’s an article about the very first CoC back in 1990, taken from the forthcoming history of the club. We’re hoping to publish a book of stories from our club’s fascinating and illustrious history in the autumn, so look out for that.

Ards Cycling Club has a long history of success in time trials, and 25 mile time trials in particular. Breaking the hour on the Portaferry Road was (and is) a big milestone for any rider, and members began to wonder just how fast a top rider would be able to go on our sporting course.

In 1985 the club invited English time trial champion and Raleigh professional rider Dave Lloyd over, and he broke the course record with 55:17.

By the late 1980s another time trialling star started to emerge in England, winning prolifically as a schoolboy, junior and young senior – Chris Boardman. He was serious, well organised, and was developing a science based approach to training with his coach Peter Keen.

In parallel, a more eccentric rider was making his mark in Scotland – Graeme Obree. Graeme built his own bike, used unorthodox training methods and had a reputation for being anti-establishment.

Billy Kirk sensed the start of an epic rivalry in British time trialling.

What if Ards CC could organise a head to head between these growing talents?

They could run it on the Portaferry Road. The club could invite the Irish and Welsh 25 champions as well.

And they could call it the “Champion ofChampions 25 mile time trial”. A great idea was born.

Billy talked to Rab Collim (a former Irish 25 mile record holder) and Harry Shaw (another keen local tester), and their businesses came in as lead sponsors, along with British Airways.

Graeme started number 60, and flew along the hallowed Portaferry Road to set a new Irish record of 53.41.

Chris started 10 minutes later, and after a slight mishap at the start, he was always chasing Graeme’s time, eventually finishing just 17 seconds slower with 53:58.

Perhaps the biggest surprise, and the biggest cheer, was for Newtownards rider David Fowler who finished third.

He was fastest of the Irish riders, and also beat the Welsh Champion Matthew Postle. Perhaps it shouldn’t have been such a big surprise – David had also won the Tour of Ards in dominant style a few weeks earlier. 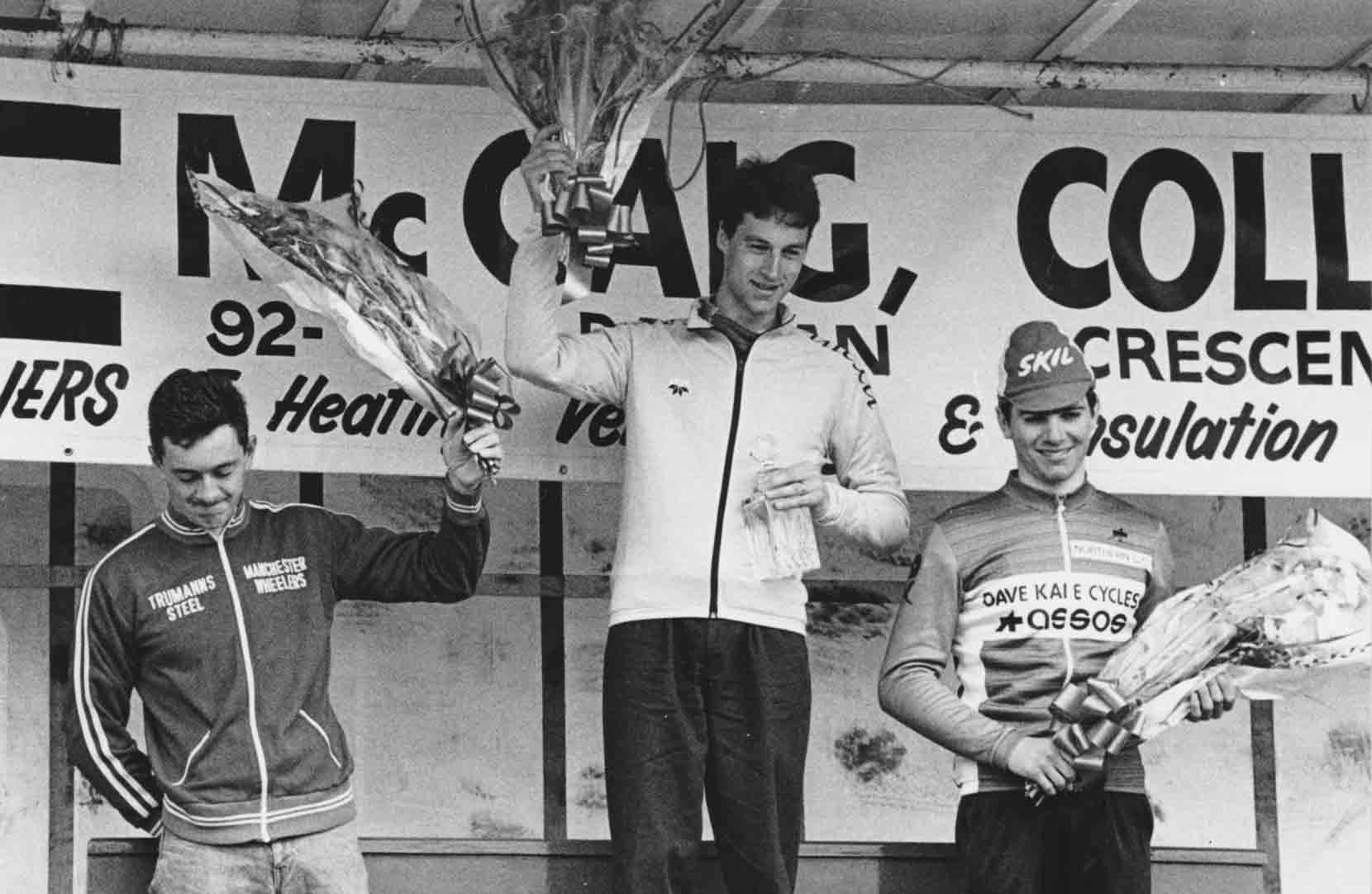 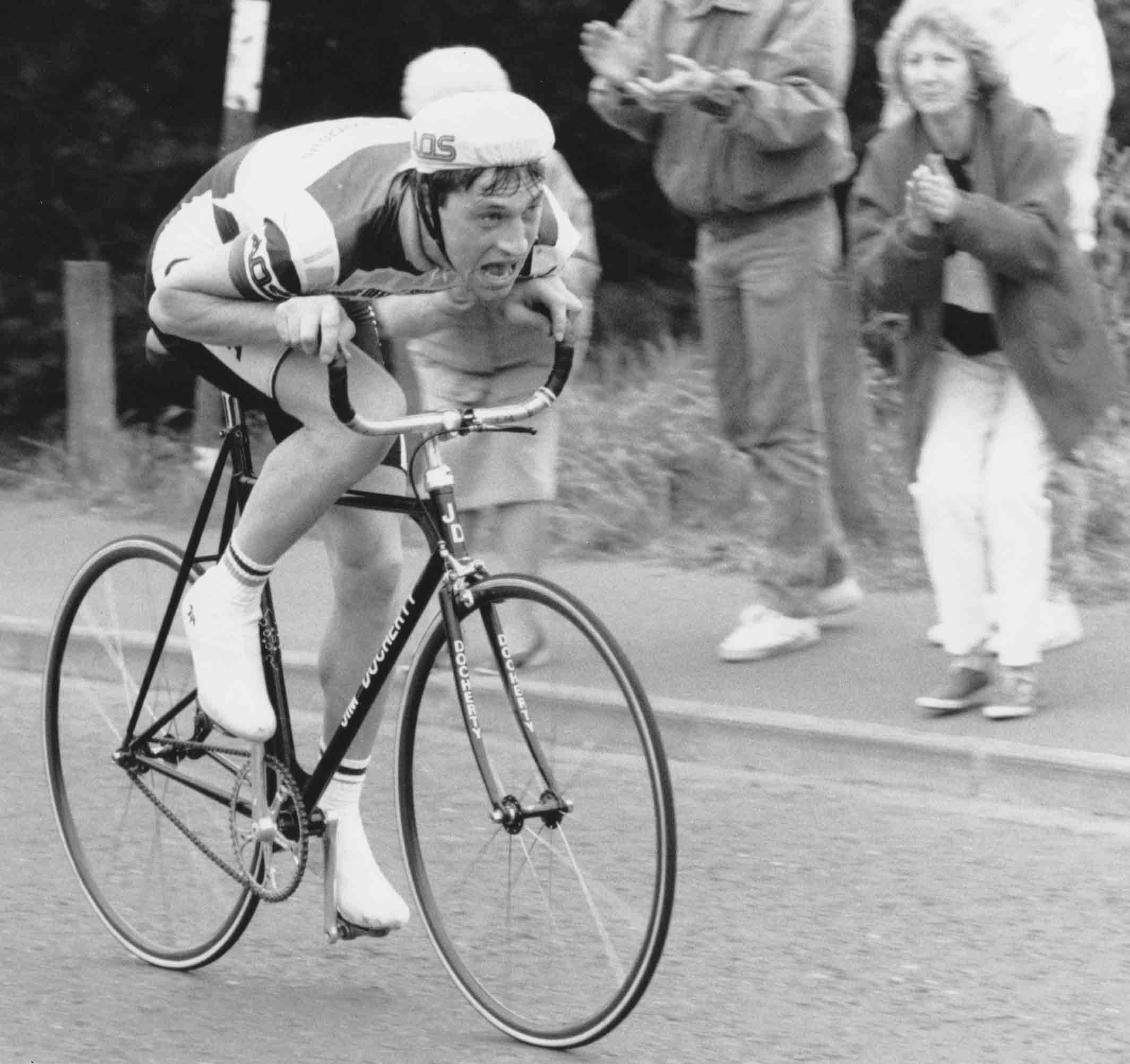 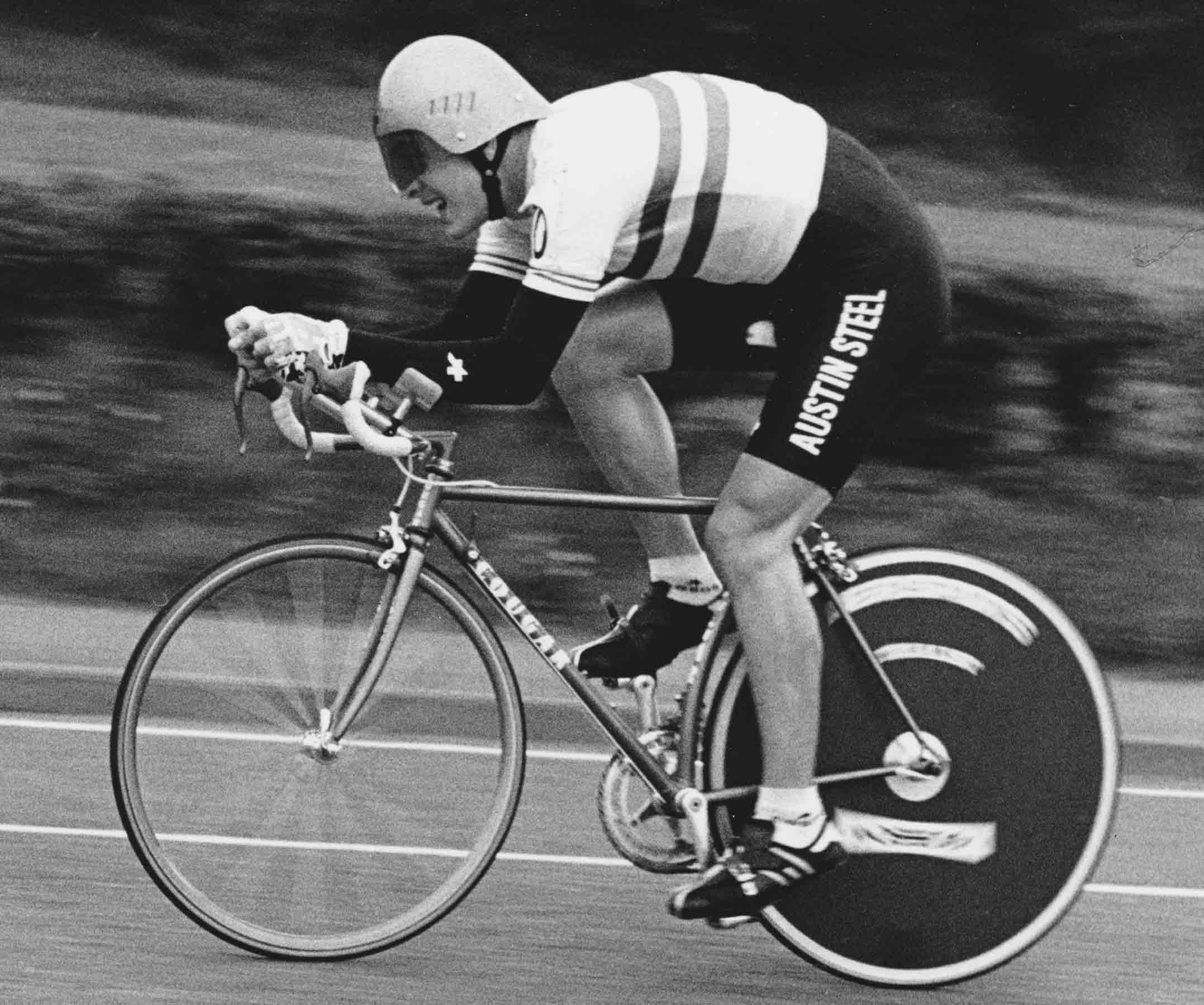 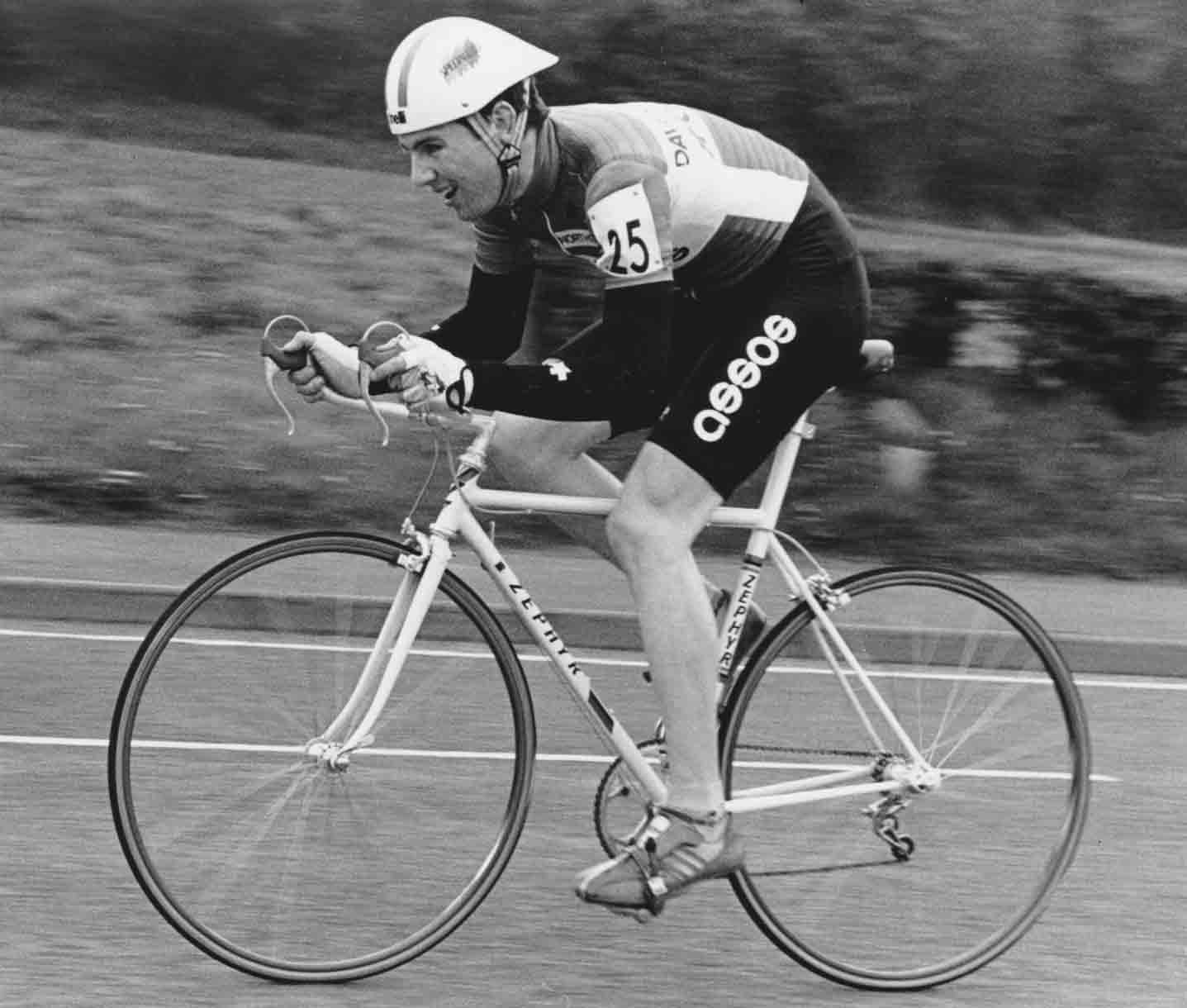 Thanks to Bobby Magreechan for the great pictures.