There was a disappointing turnout of just 10 riders for this evening’s club race at Carrowdore, but the racing was fast and furious.

Brian Wylie (Castlereagh) was given a 5 minute start on the middle group, with scratch a further 3 minutes back. After 2 of the 4 laps, Brian still held a 2 minute gap on the middle group and some spectators were speculating if he could hold on. Unfortunately (for him), scratch had already closed over 2 minutes on the middle group, and came charging through to reach the front on the third lap. 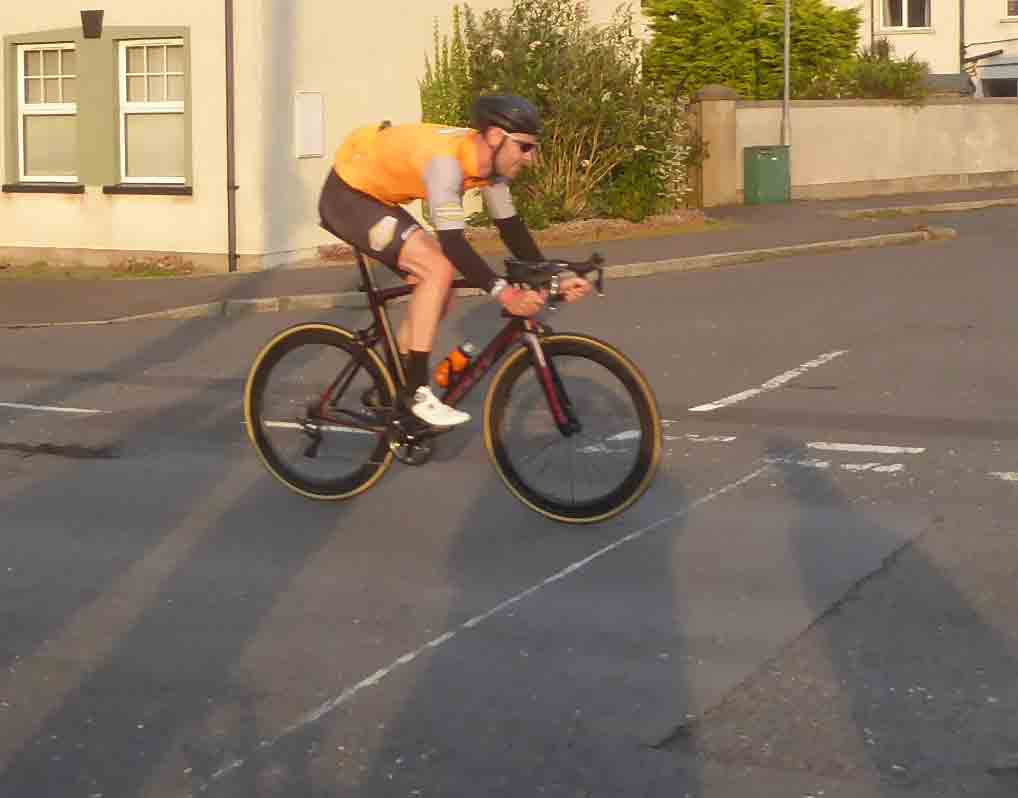 Dave Watson was a clear winner. His winning time of 47:50 equates to an average speed of 27mph – impressive on a windy evening.

In the battle for Ards CC road race trophy points, Ricky took 10 for the win, but Marc took 7th for second and now leads the competition with just one race left.

Thanks as always thanks to all the marshals, time keepers and lead motor bike. And don’t forget about the club BBQ on Saturday. If you have signed up yet, please let Darren or any other committee member know by tomorrow evening (because that’s when we order the burgers!)