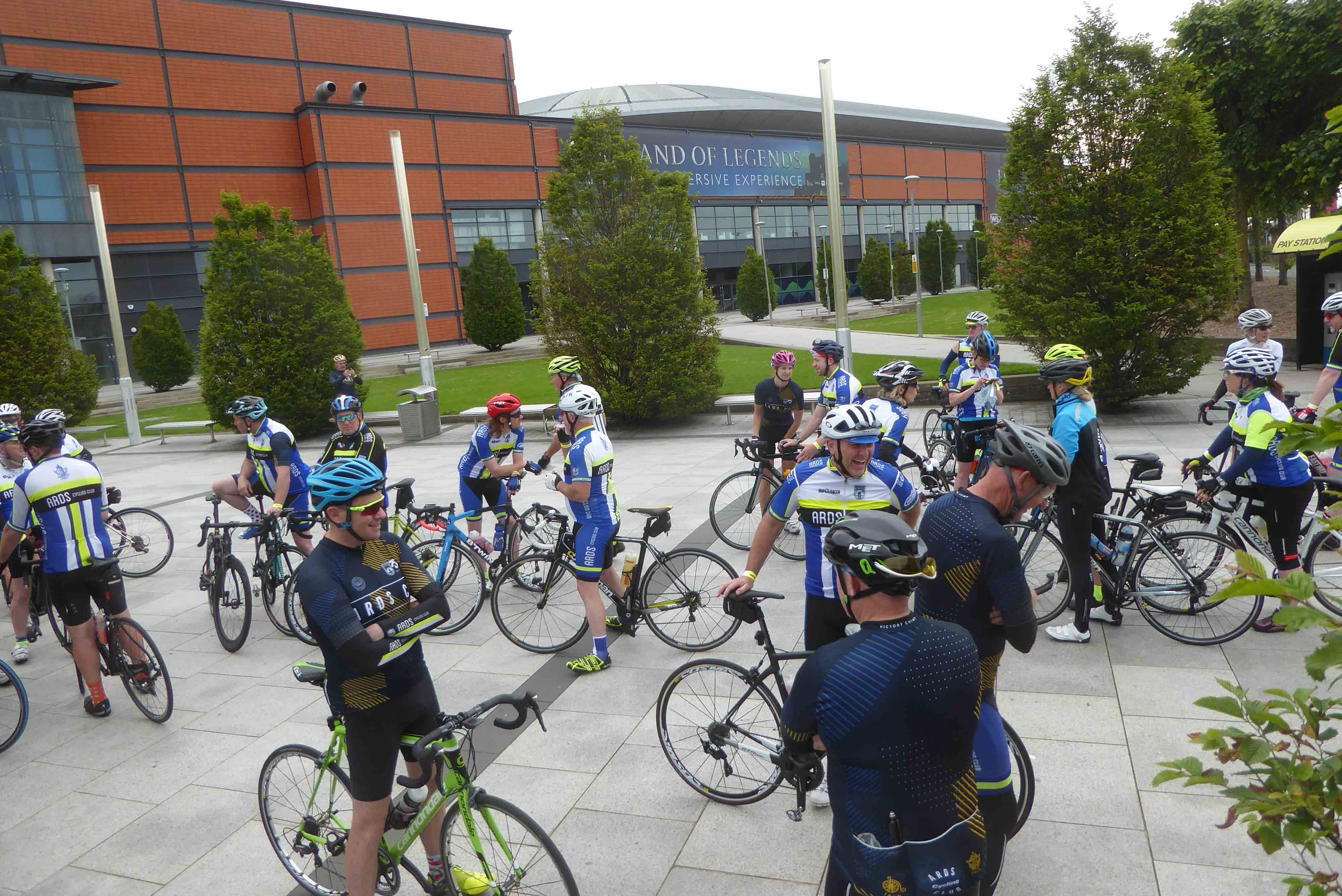 Riders assembled at the Odyssey from 8am. Thanks to Christine for rounding up so many bodies, and to Deirdre for getting us signed on and issued with wrist bands. Over 50 riders signed up. 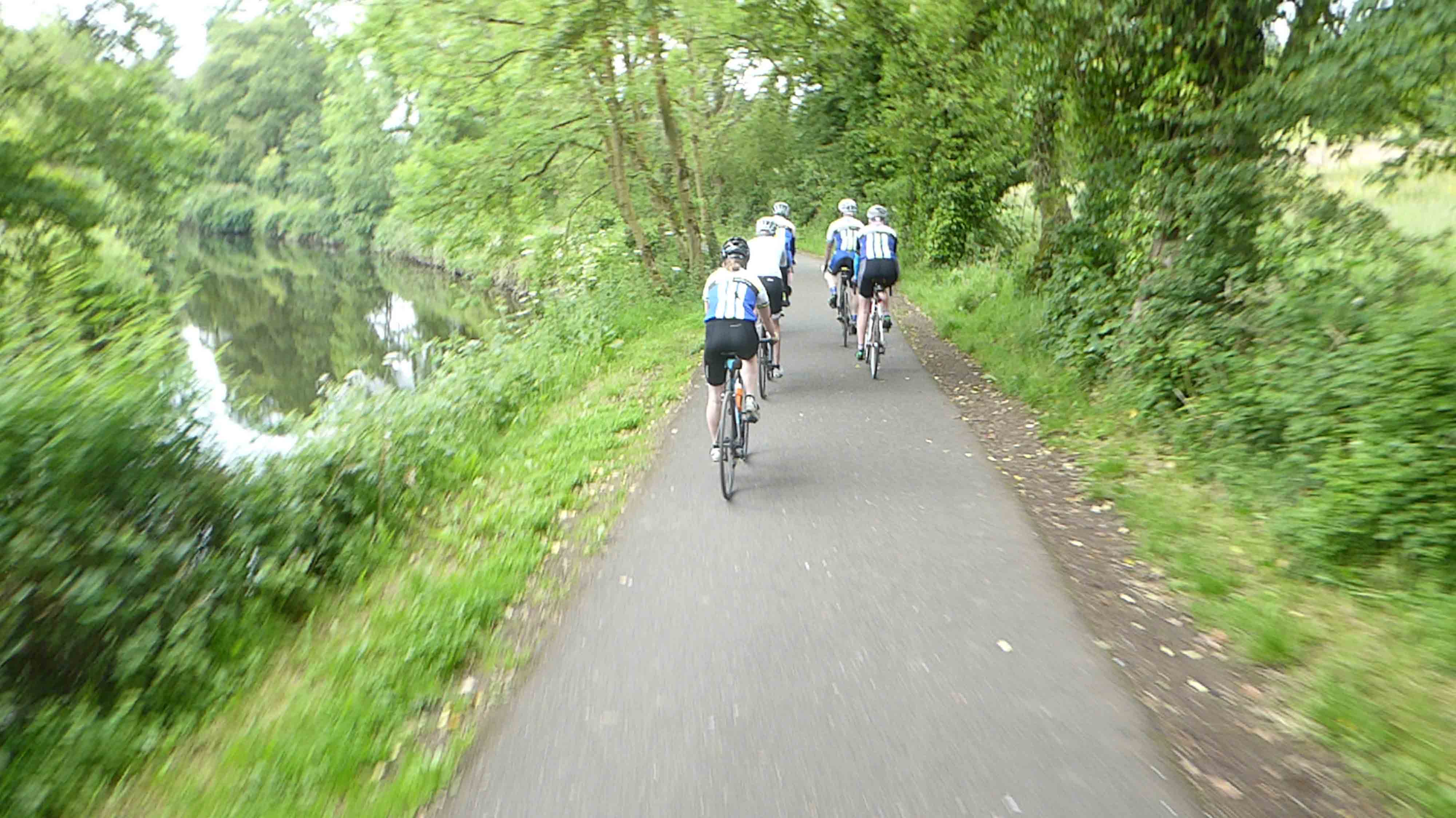 The towpath was relatively quiet out of Belfast, and pedestrians were met with a cheery “hello” and “thank you”. 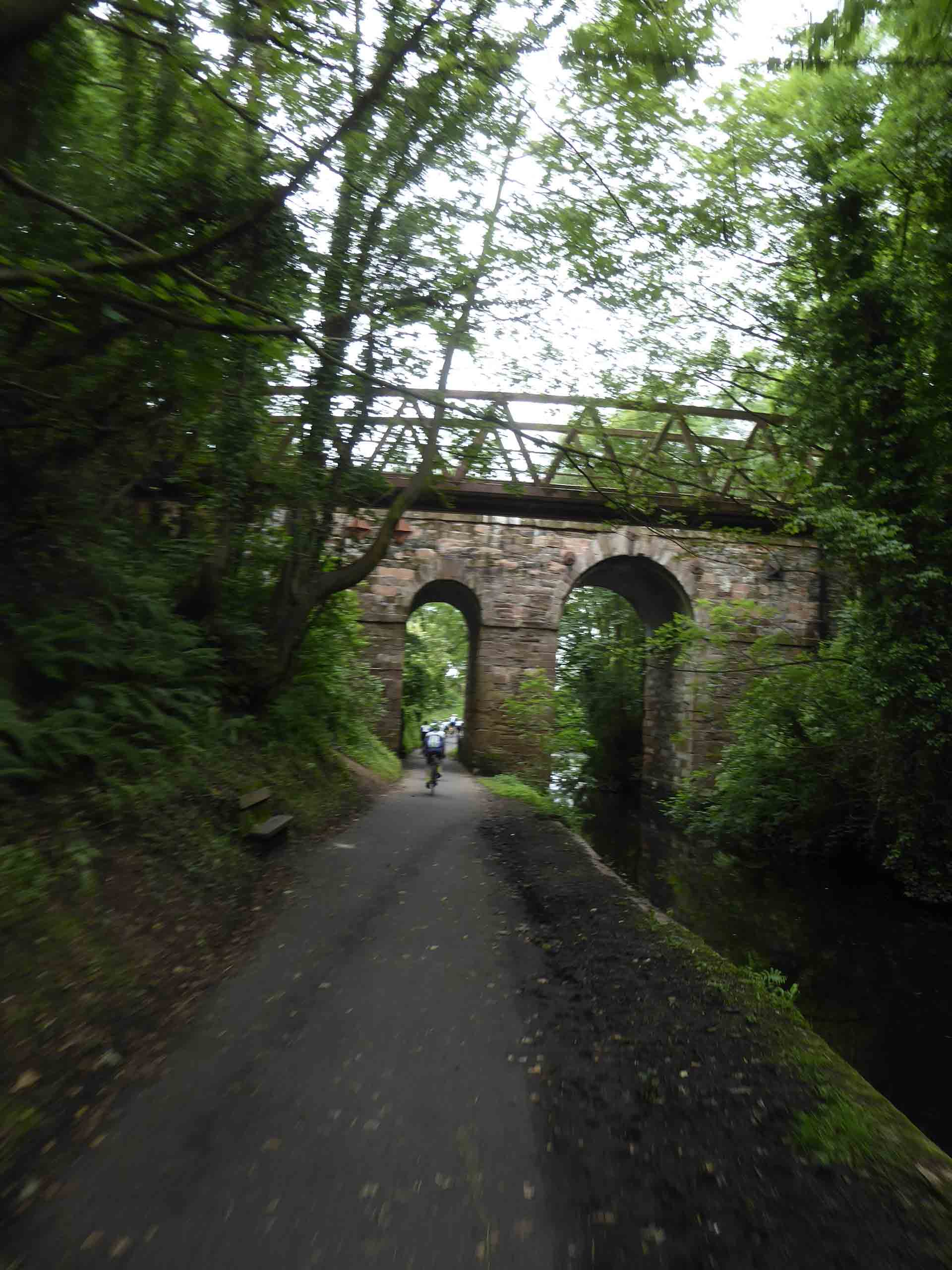 Plenty of headroom at Ballyskeagh 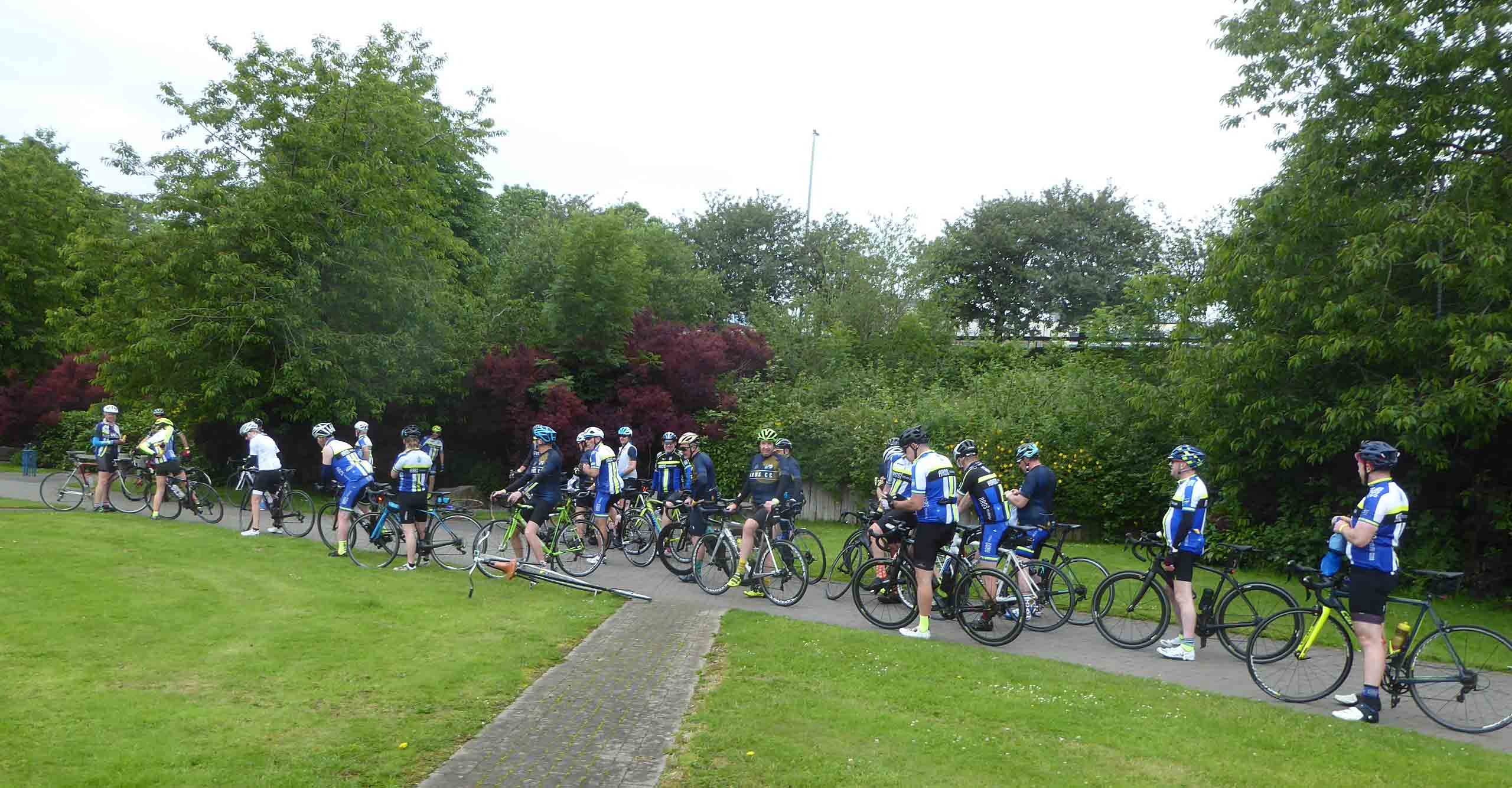 There was a general regrouping in Lisburn. 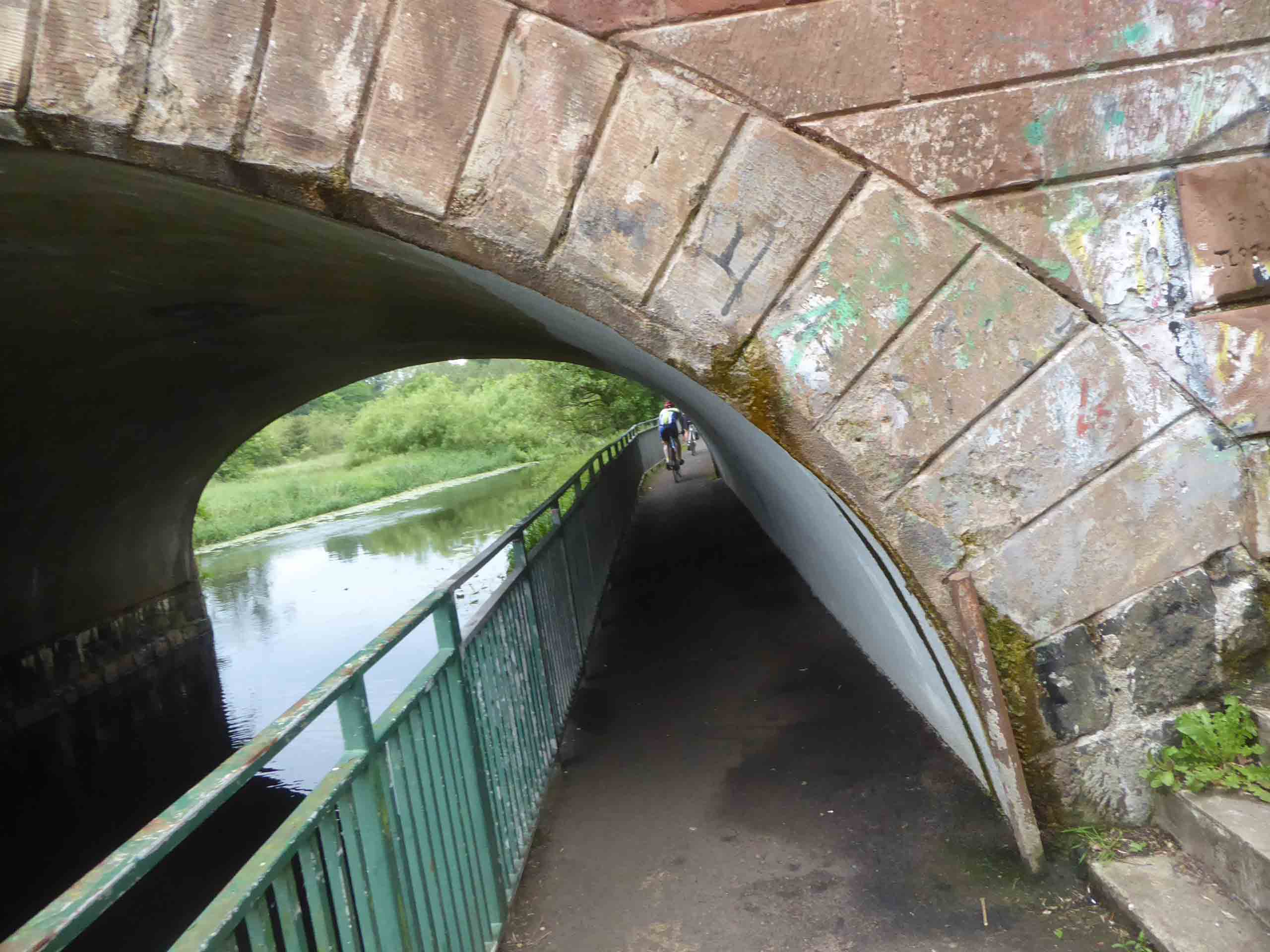 Headroom was tight in places for the taller bikes 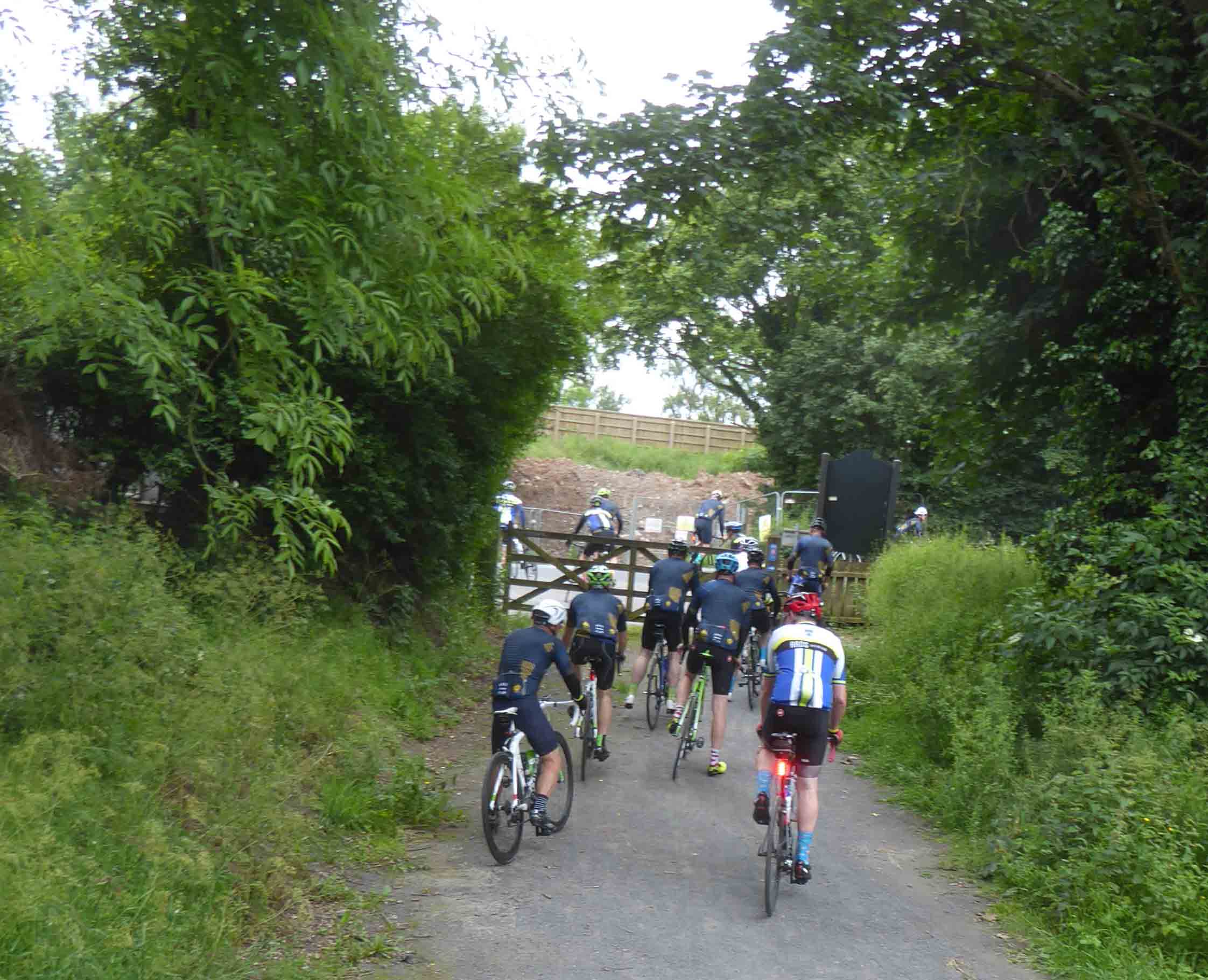 The end of the towpath near Sprucefield, south of Lisburn 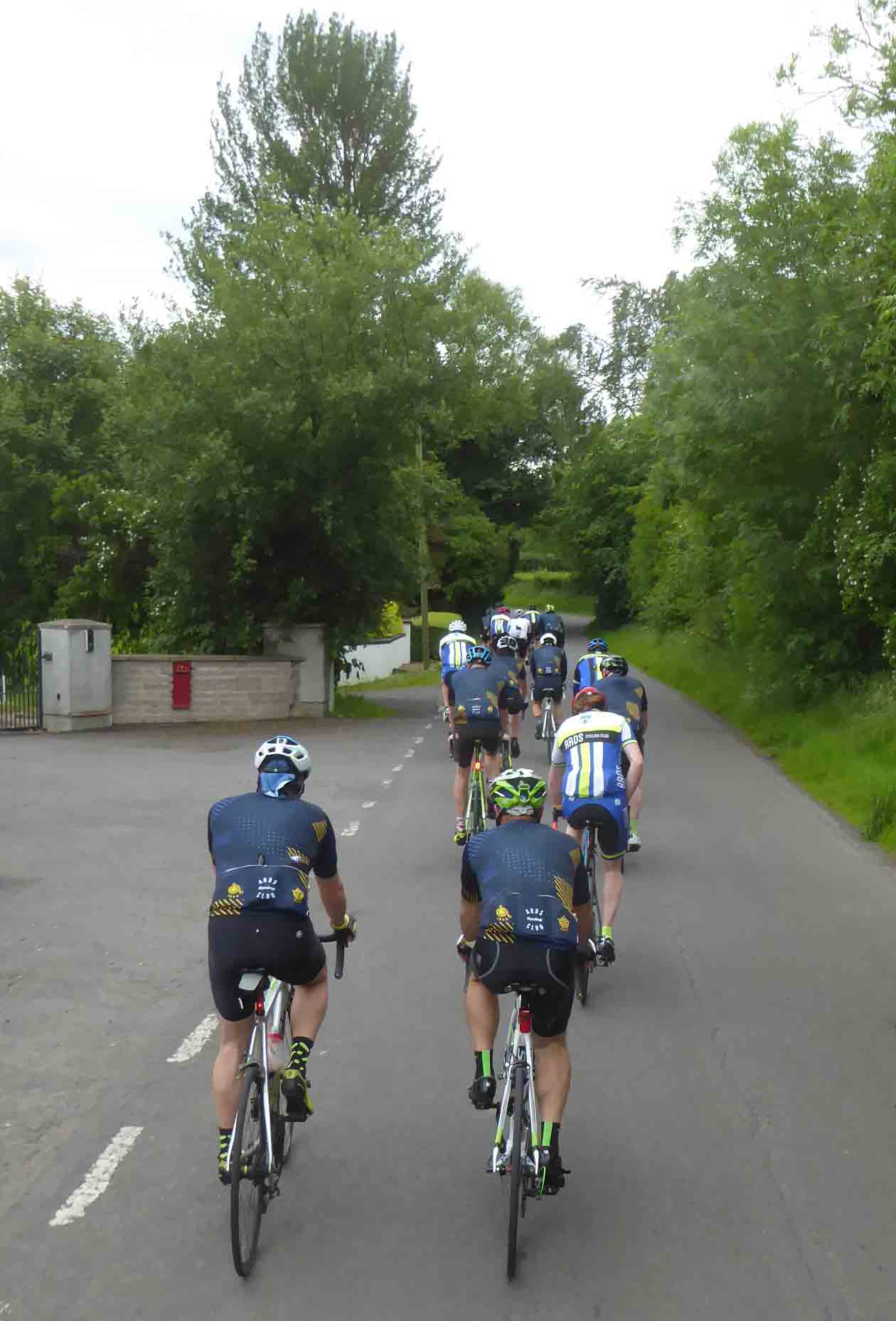 Still looking good in the delightfully named townland of EdenBallyCoggill, a couple of miles before Donaghcloney. 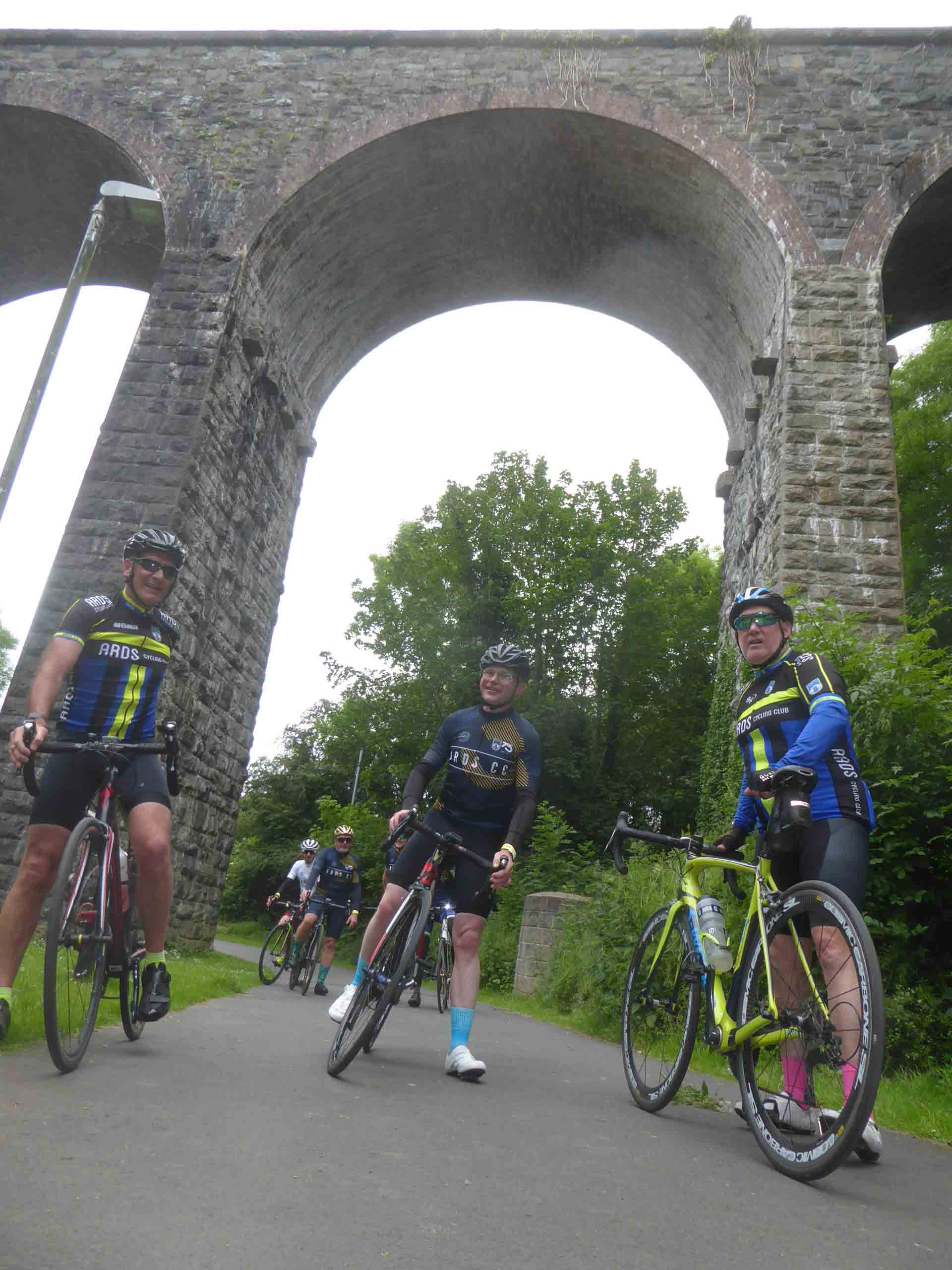 The viaduct on the way into Dromore. This also marked the end of the flat roads… 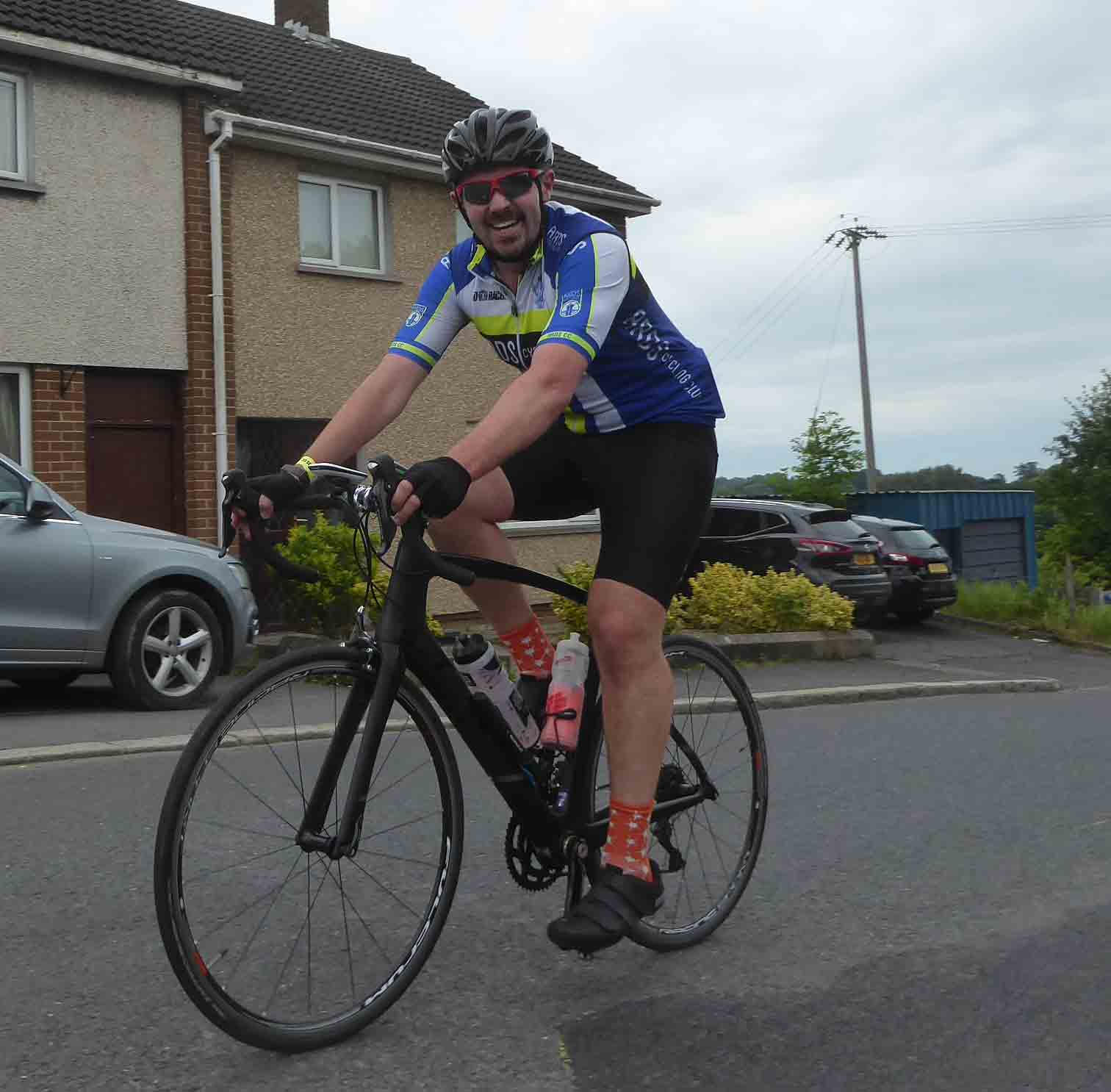 Still looking happy on the climb up the appropriately named Mount Street in Dromore. Others christened it “Dismount Street”… 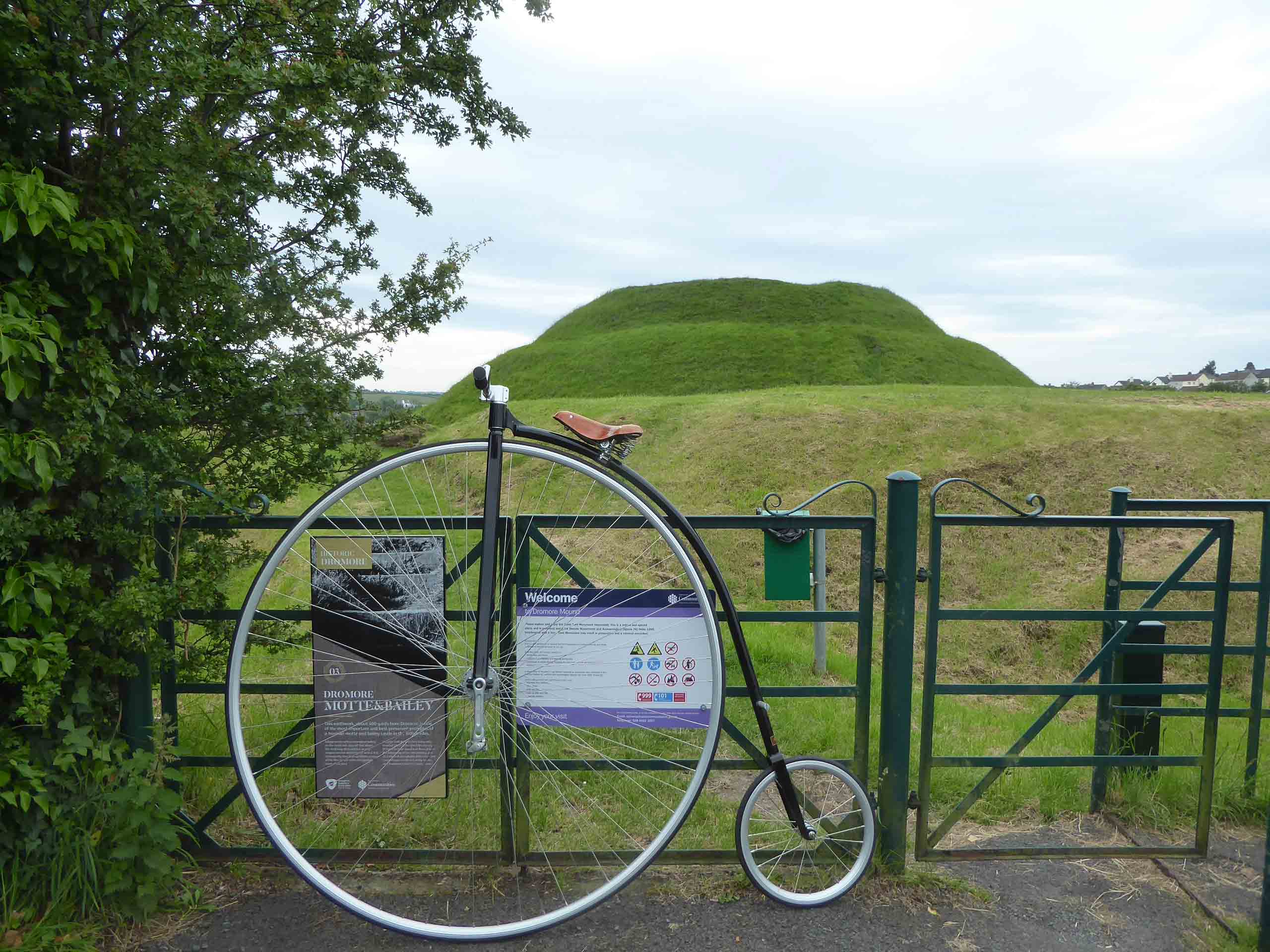 Dromore Motte and Bailey stand guard over the Lagan. 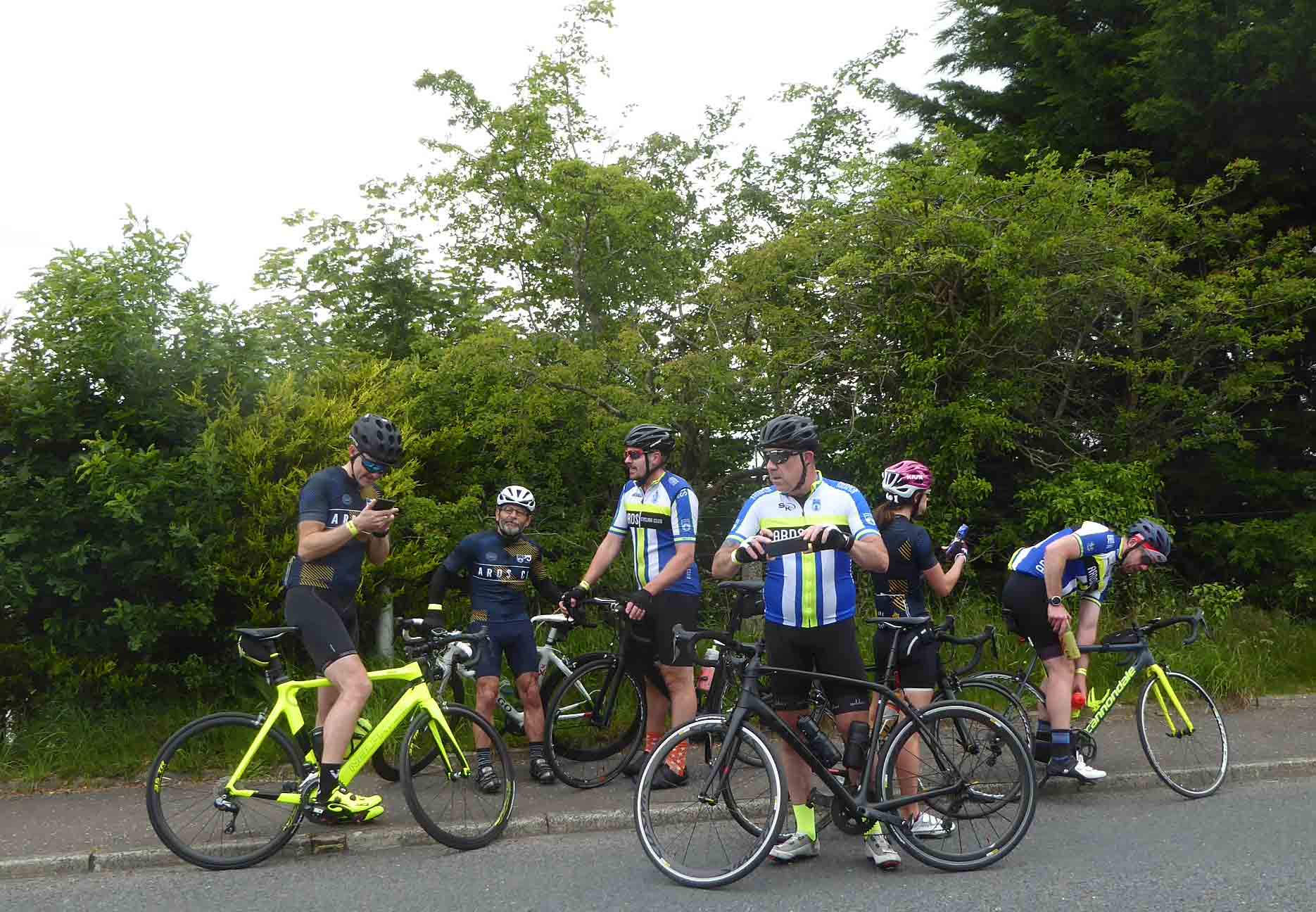 And present a great photo opportunity… 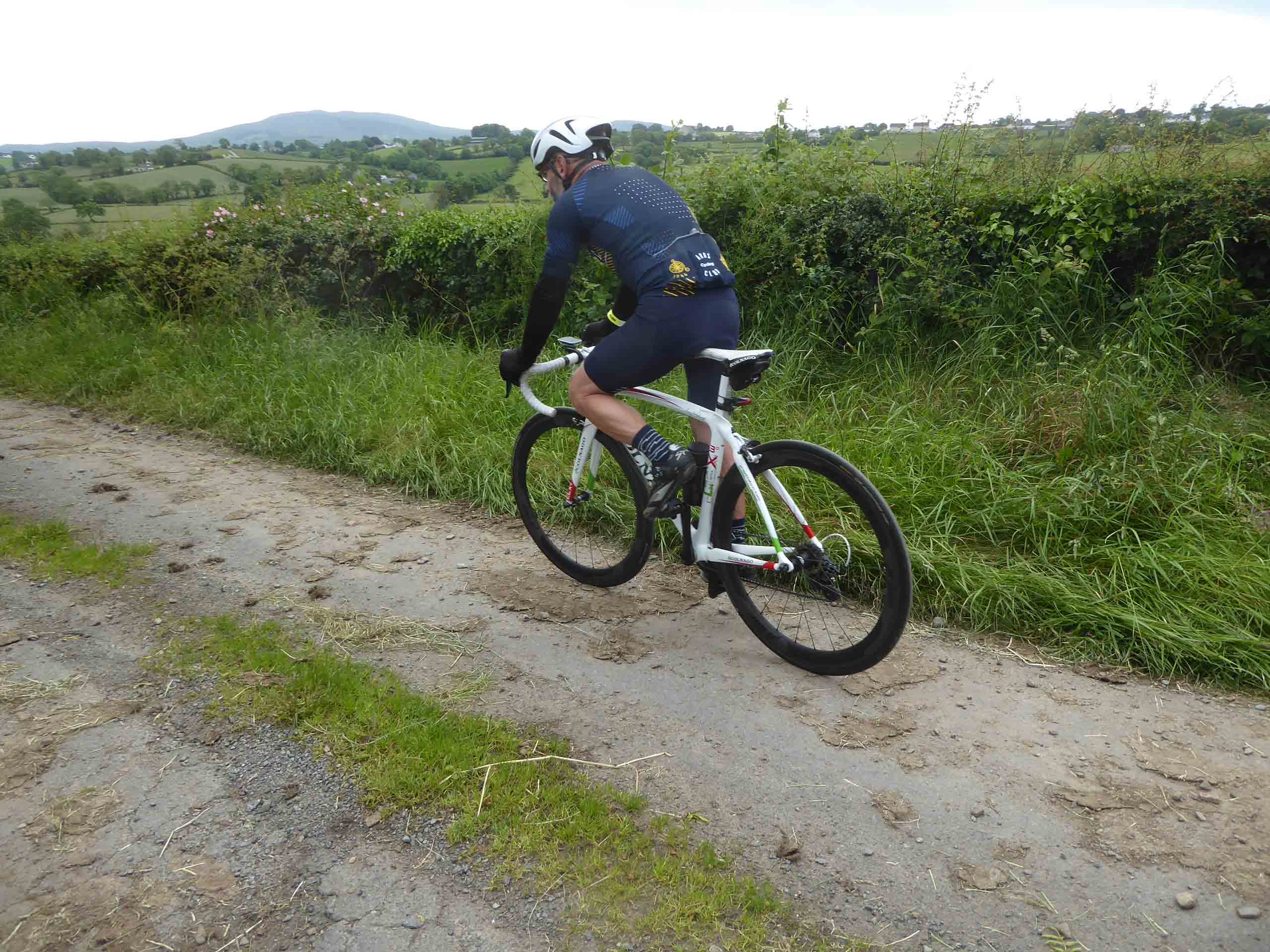 Springmount Road was regarded by some as a “delight”. Full results of the club survey are still being collated. 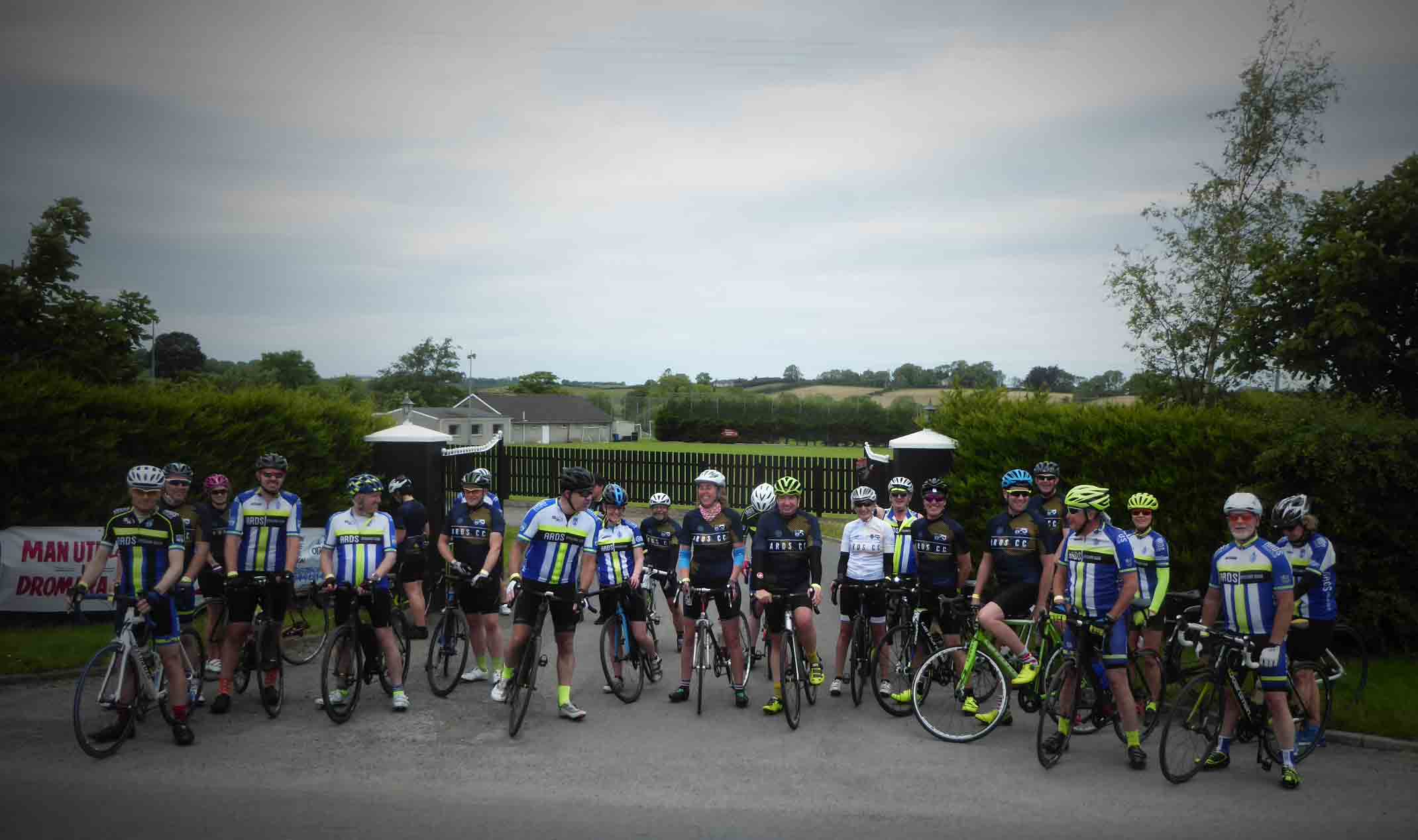 There was another regrouping at Dromara Village football club. Some chose to head for the top of Slieve Croob whereas others went for an early lunch. Your correspondent opted for the latter. 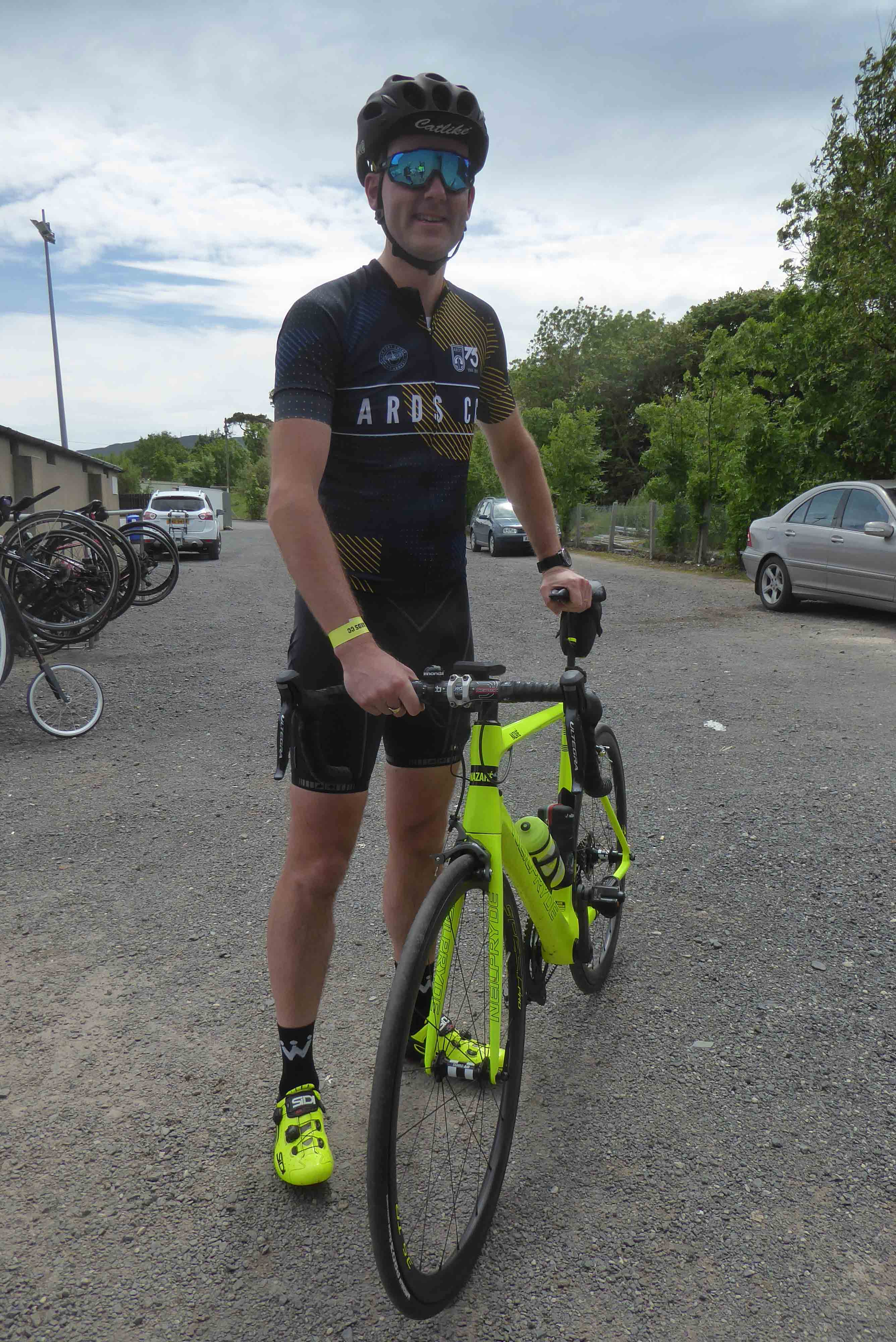 Richard Hanna returns from the summit

The bike parking facilities at lunch were perfect 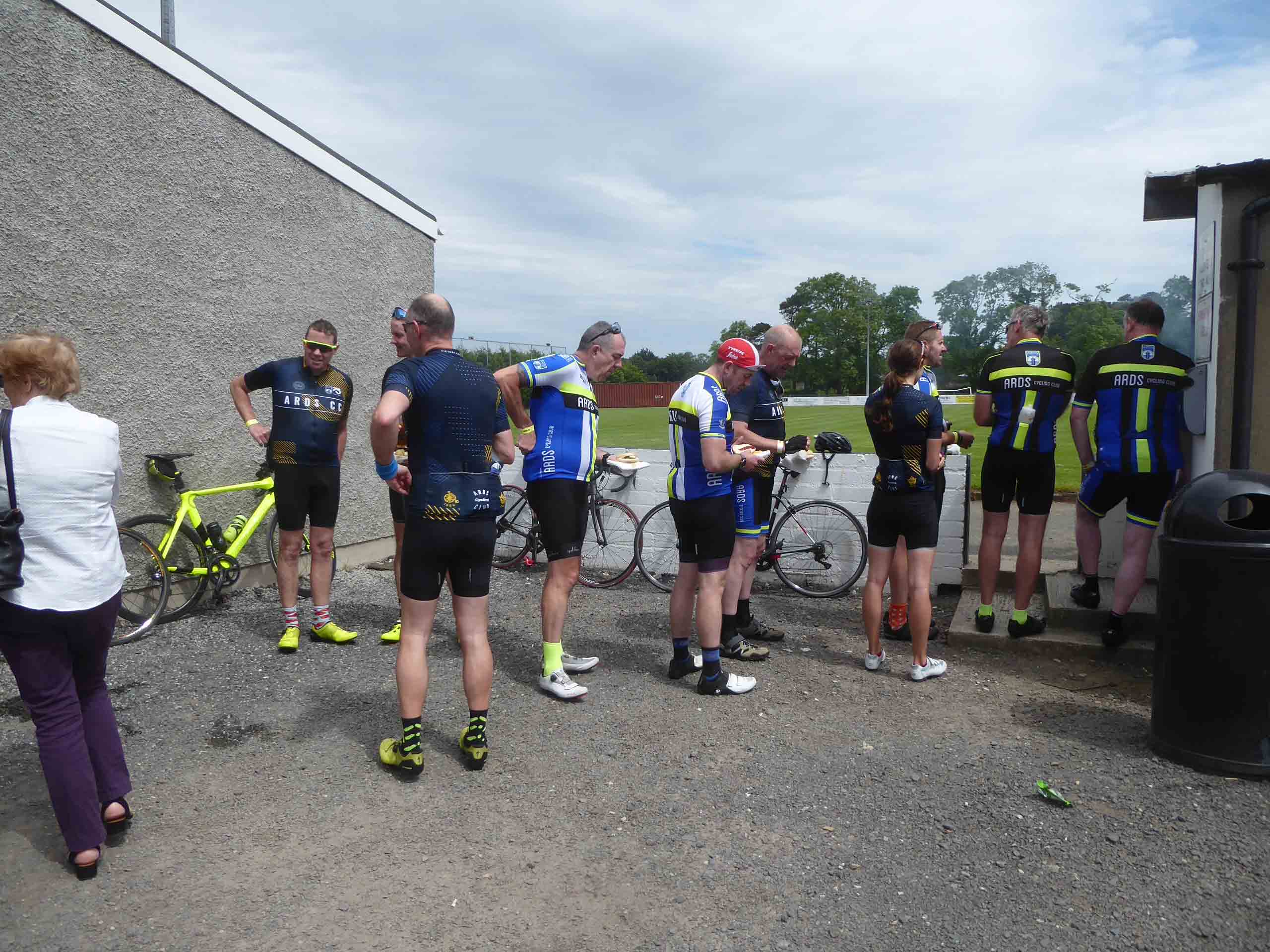 The queue for freshly cooked burgers. Thanks to Alison and Christine, and to Dromara Village FC for organising lunch. 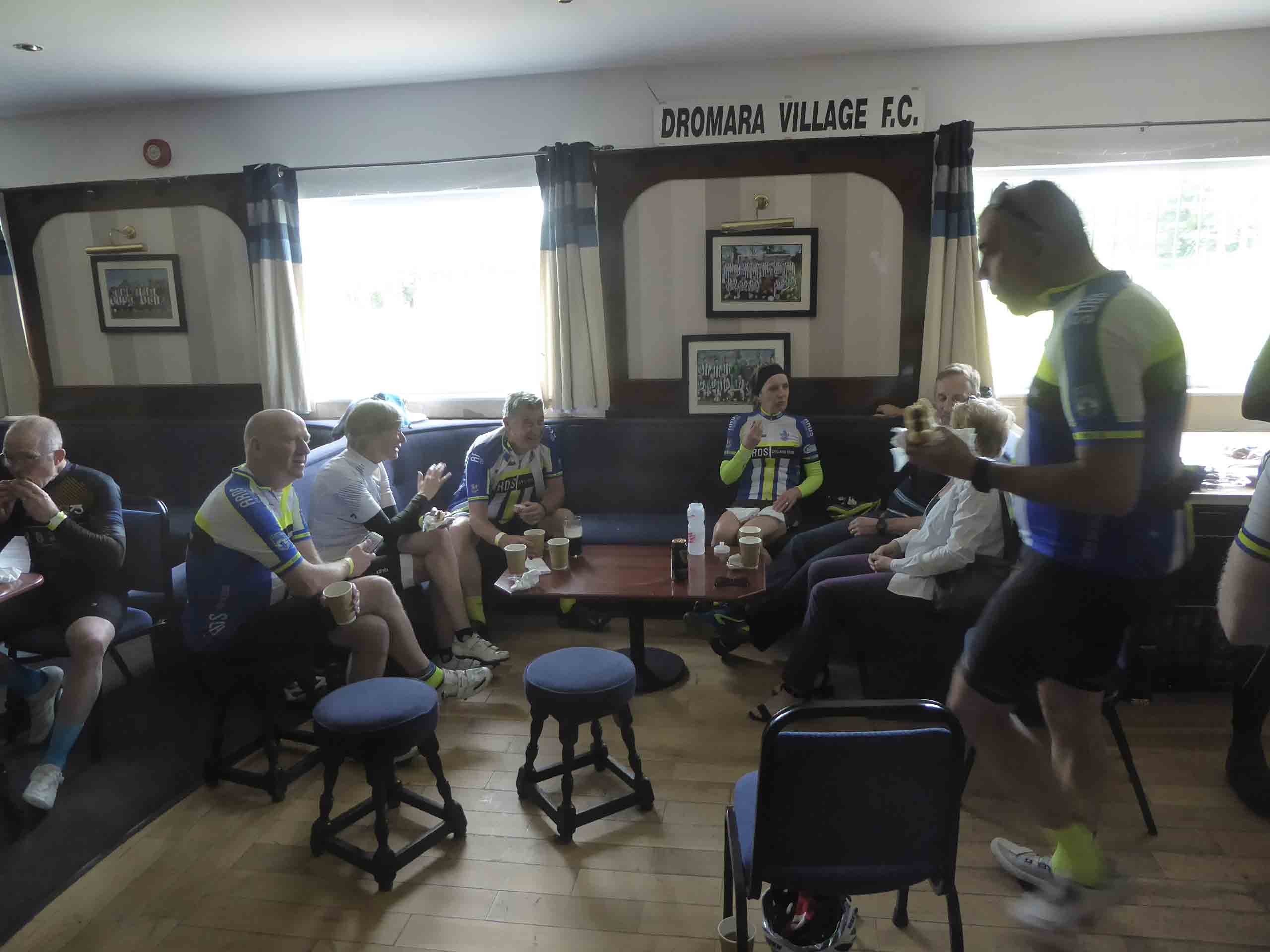 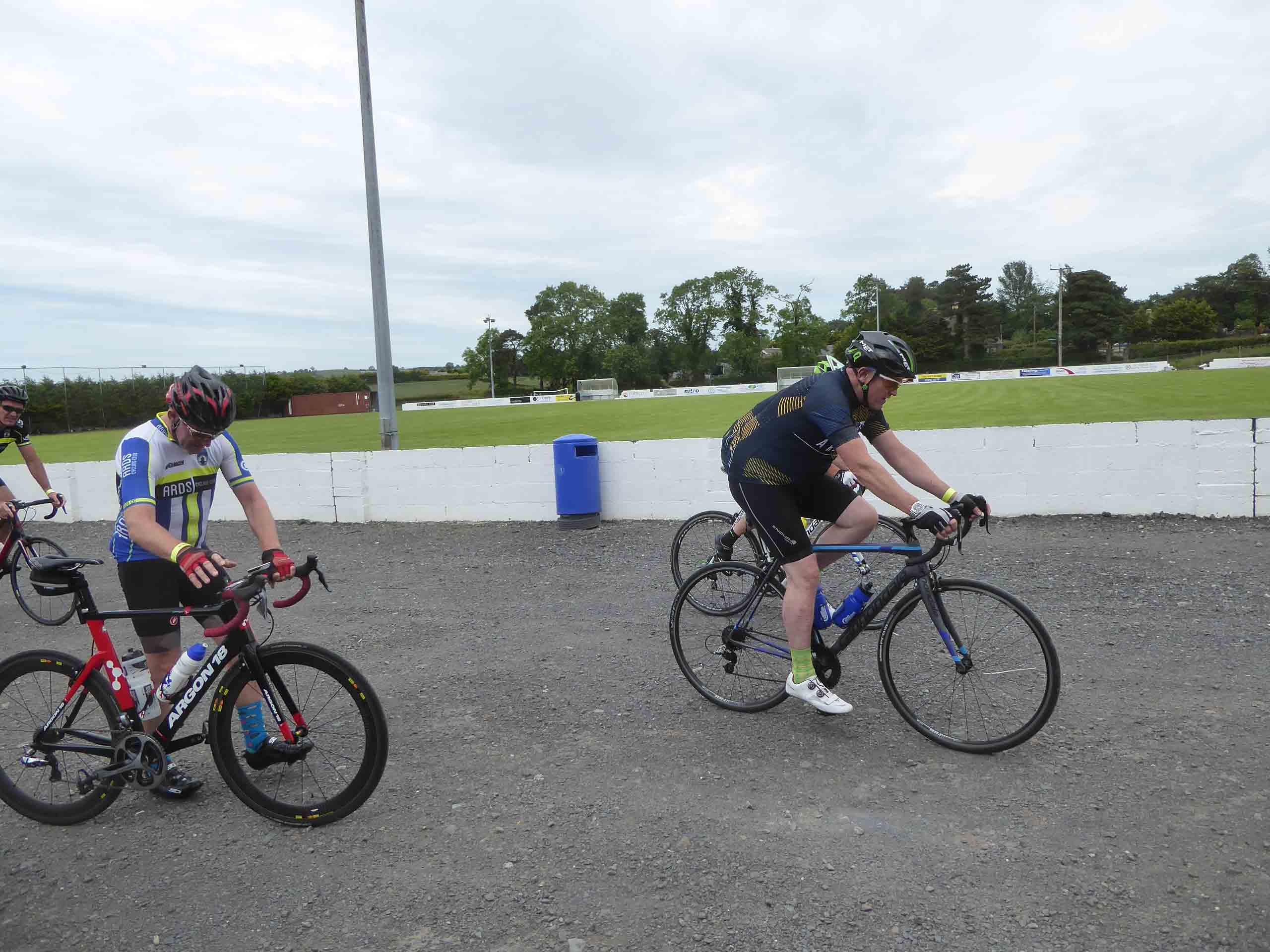 Time to saddle up again and head for home. 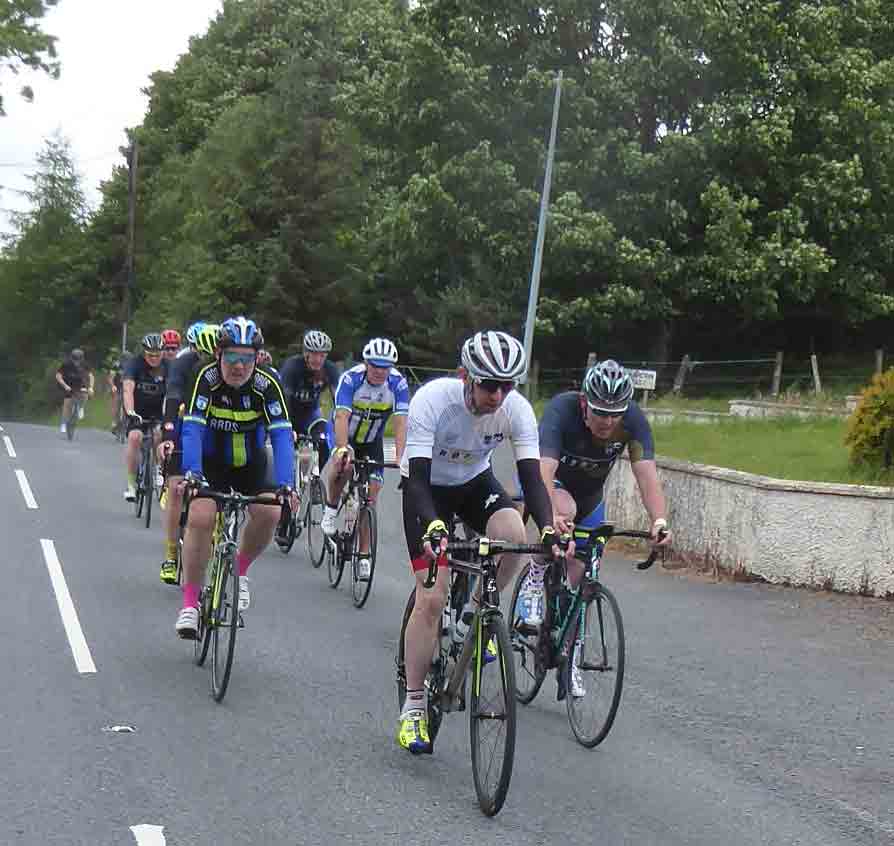 As legs began to tire on the ride home, we were reminded of Paul Robinson’s wise words – “never leave the mother ship” (i.e. its always easier in a group).

Thanks to everyone who took part today, and also to the supporters in cars and those giving lifts. It was a great day out, and a fitting way to mark 75 years of Ards CC.