Although the strong winds of the weekend had eased, it was still cool in Millisle for tonight’s club 10 mile time trial. John Rafferty (Ards CC) took the win with a fast 22:23, but he might need to look over his shoulder as Peter Doggart (Ards CC), riding his first club 10, was only just over a minute behind in second place. 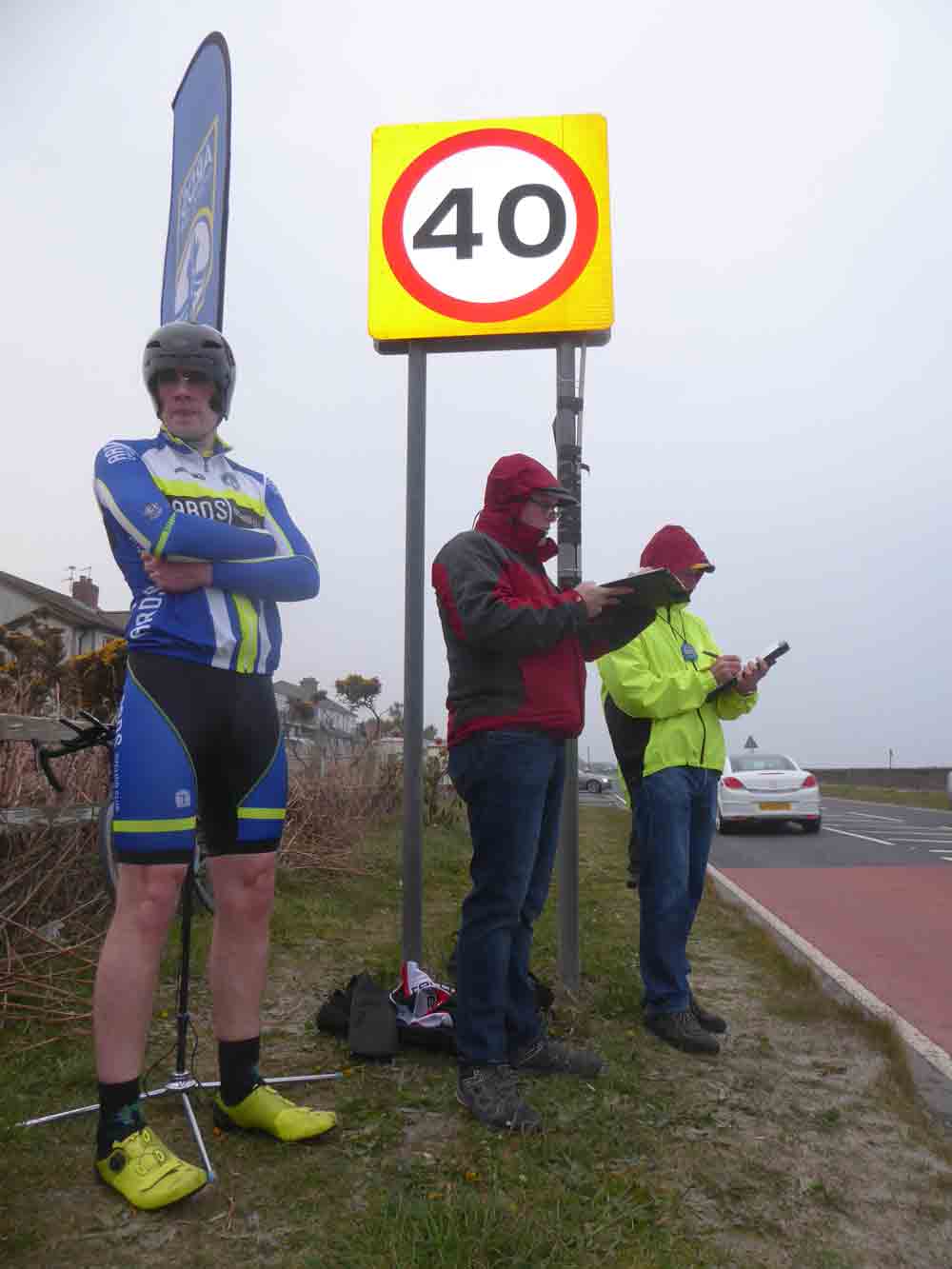 Barry is impervious to the cold, the timekeepers less so…

There was a close battle for third, with Graham McConnell (Dromara) just shading it by  one second from Barry Mitchell (Ards CC), with Niall Brown (Ards CC) a further second behind.

William Orr takes an early lead in the 10 mile handicap cup, with a time just three seconds slower than his personal best. After this promising start, we’ll be expecting improvements from William once the weather improves :-).

Thanks as always to the marshals, time keepers and pusher off. 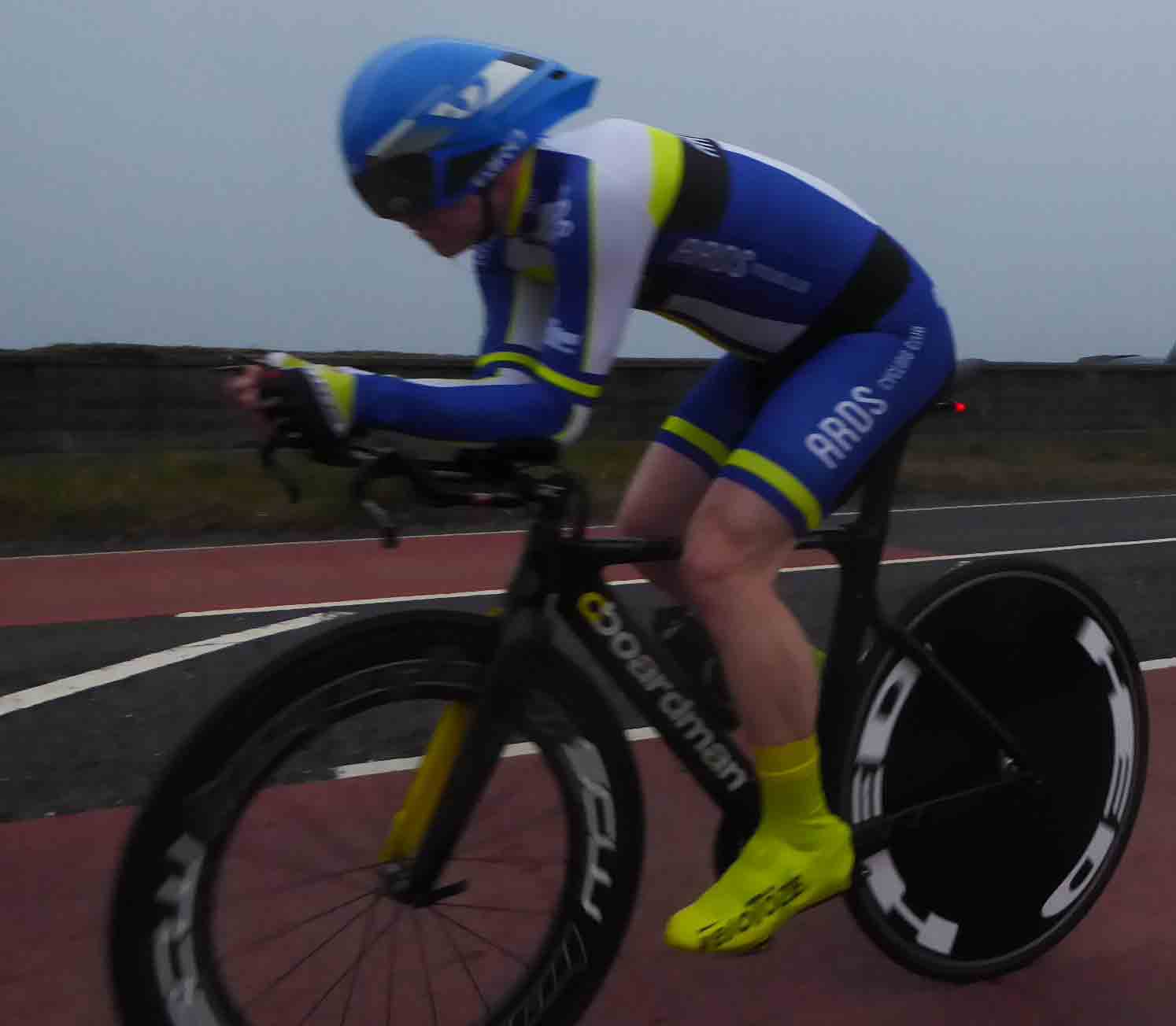