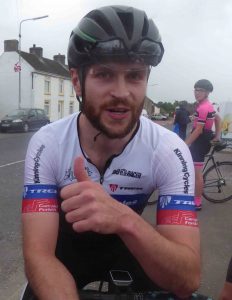 In tonight’s four lap race at Carrowdore, the handicappers split the riders into three groups, with the limit group getting a three minute start on the middle group, who in turn were a further three minutes ahead of scratch.

The smooth riding scratch group caught the middle group half way round the third lap, and the whole race came together going into the last lap.

Fortunately for the judges, the race split to pieces on the final lap, with riders coming home in ones and twos, making it easy to place the finishers. 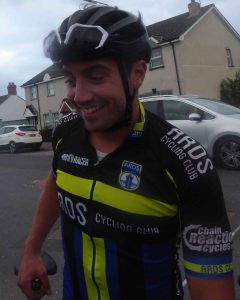 Ricky has now taken four wins from five road races, and has an unassailable lead in the club handicap road race trophy with one race remaining.

Thanks as always to the marshals (stationary and moto), and the timekeepers/judges.

And don’t forget the club BBQ on Saturday 11th August – more details here. If you’d like to go, reply to the post on Facebook or let a member of committee know.