The final club road race of the season took place outside Ballygowan this evening. The handicappers split the riders into 4 groups, with seven and a half minutes separating the first and last groups. The speed was high from the start, with riders dropping out as the distance and the hills took their toll, but the handicappers had judged it perfectly and scratch only reached the front with a mile to go.

The limit group worked well, and almost managed to stay away…

In the rush for the line, Mark Kane (Northern) got a small gap to take the win. The next four were separated by a couple of bike lengths, with Luke  Joyce (Kinning) getting second from Gareth Conn (Curran), Andrew Hedley (Ards CC) and Ricky Topping (Ards CC). Ian McClure (Northern) was next to round out the top six. 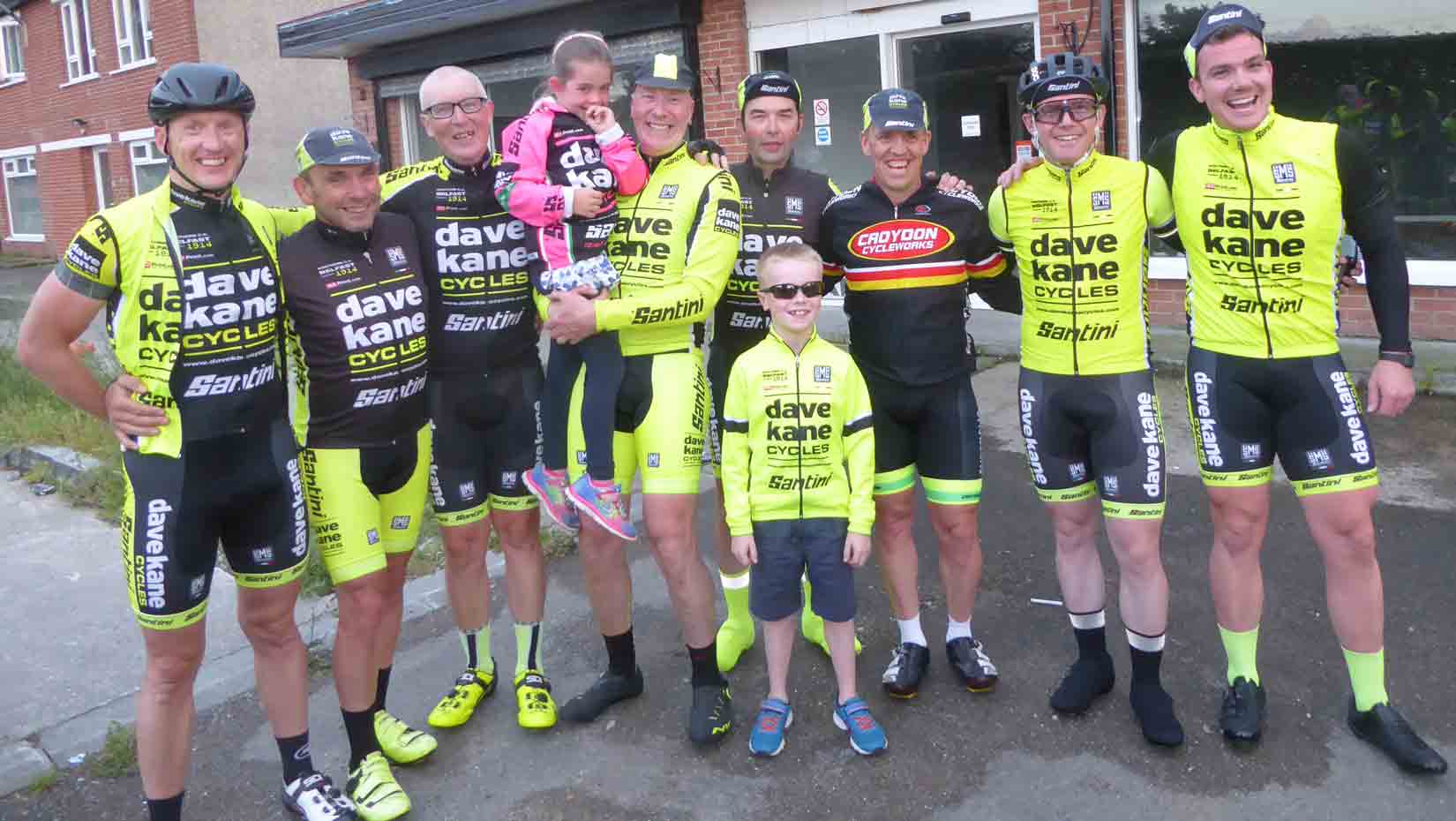 There was a big squad from Northern. Winner Mark Kane is in the middle behind his sunglass wearing nephew Ryan.

There was a big turnout of marshals and, together with Desi on the lead motorbike, they did a great job keeping the race safe. Thanks to them and the judges/handicappers.

Here’s the final standings in the road race trophy.