Early starters lined up to face the time keeper

It was a perfect morning for time trialling – bright, warm, and with a rising southerly breeze to push the riders home – and the times certainly reflected that with the top 18 all breaking the hour. Fastest was Craig McAuley (Caldwell Cycles) – his time of 52:56 was faster than Graeme Obree’s winning time in the very first Champion of Champions 25 back in 1990, although he still has a little bit to go to beat Chris Boardman’s course and event record of 49:36, set in 1993. 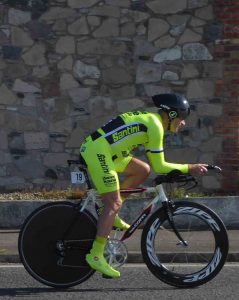 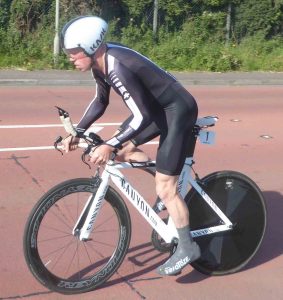 Not far behind were Patrick McKenna (Emyvale) and Sean Featherstone (Newry Wheelers), with previous winner Christian Nachtigall (Phoenix) just off the podium in 4th. 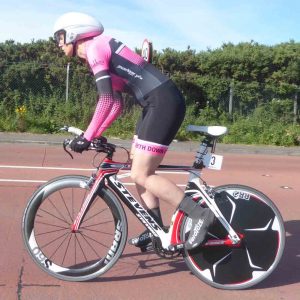 In the women’s category, Eileen Burns took her third straight win with an impressive 58:29. She was followed home by Lisa Lamont (Madigan) and Karen Hull (Phoenix). 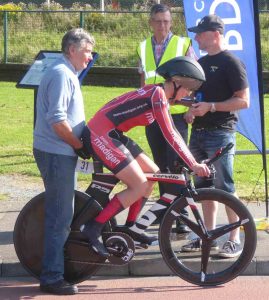 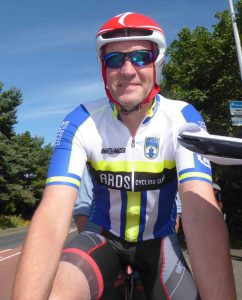 First Junior was Ronan Toomey (MSL Cork) with a very promising 56:33. Daryl Erwin (Ballymena RC) was fastest hand cycle – his time of 1:21:50 is particularly impressive given some of the climbs on the course. 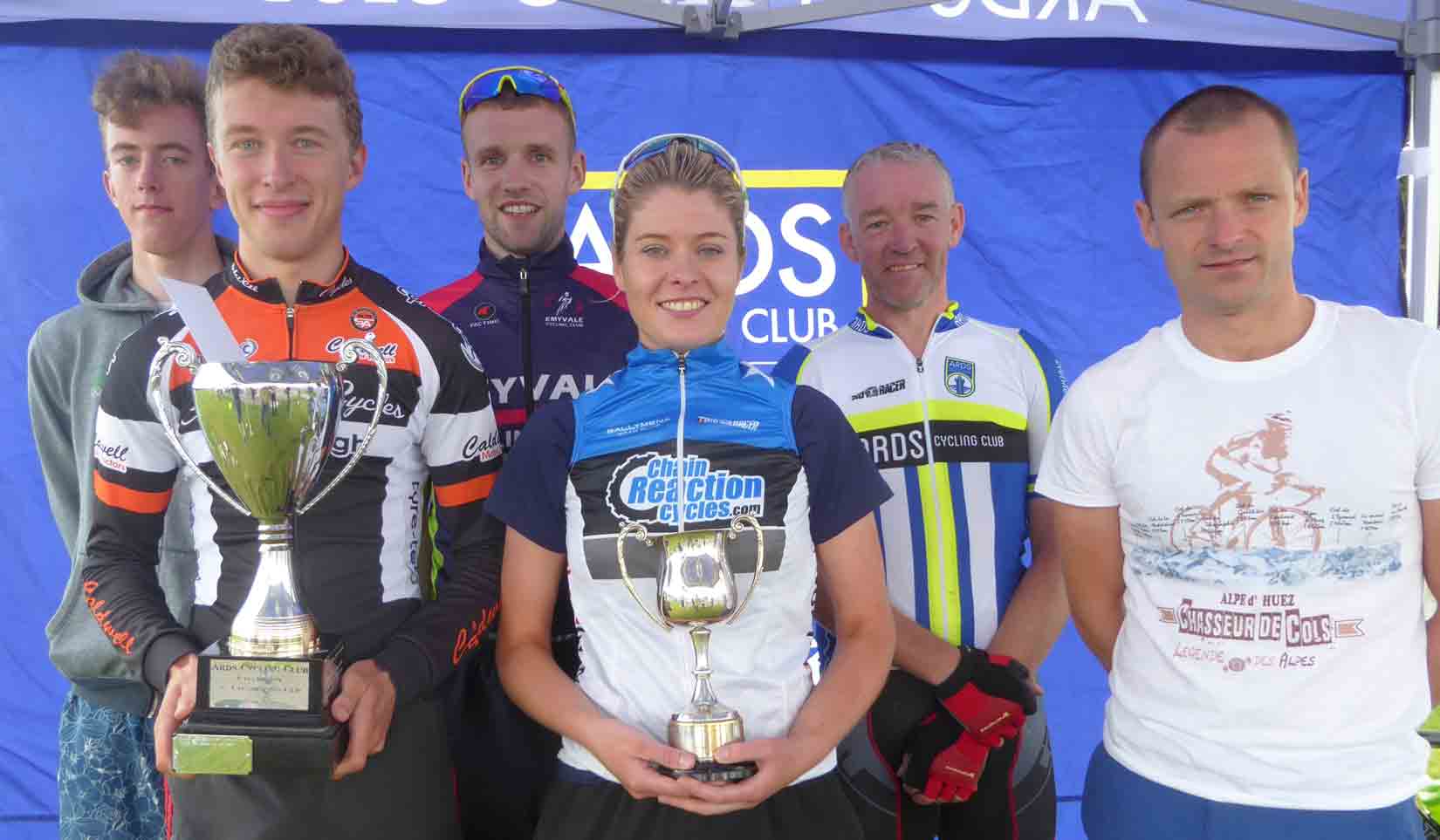 Thanks as always to the marshals, time keepers and pusher off who made the event possible, and for all the riders who help to make this event special.

Here’s the full result for the open race. I’d missed places 25-27 from the original posting – apologies for that. The results from the club 25, and the latest standings in the Ards CC club trophy competitions will follow later.

Keith Philips (North Down) on his way to 6th overall 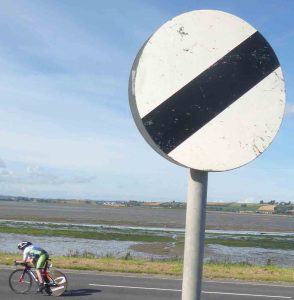 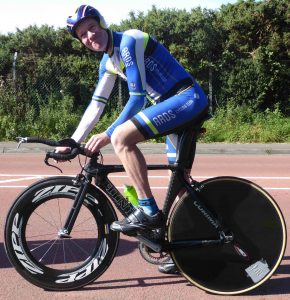 Willy Gill (Ards CC) always has time for a smile