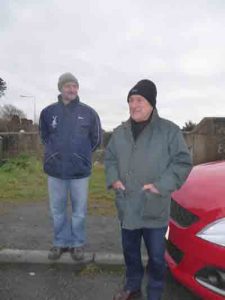 At the Christmas 10, the members were delighted to learn that Bobby Magreechan has agreed to be our new club president. Bobby is a long standing and hard working member of the club. He was chairman for 20 years from the late 1980’s, and led the club through one of the most successful periods in its history. Under his leadership we promoted some of the biggest events in Ireland, including the Irish Underage Championships, the Irish Senior Hill Climb Championships, and of course the Champion of Champions time trials. Bobby was also very supportive of our racing members, and during this time our members won Ulster and Irish championships at Schoolboy and Senior level, and also took yellow jerseys in events like the Gorey 3 day, the Tour of the North and the Tour of Ulster.

Bobby said that he was delighted to see the current record club membership, and particularly the growth in woman taking part. As president, he will be keen to build on our recent racing success, and will look to help Ards CC return to its place as one of the top competitive clubs in the country. 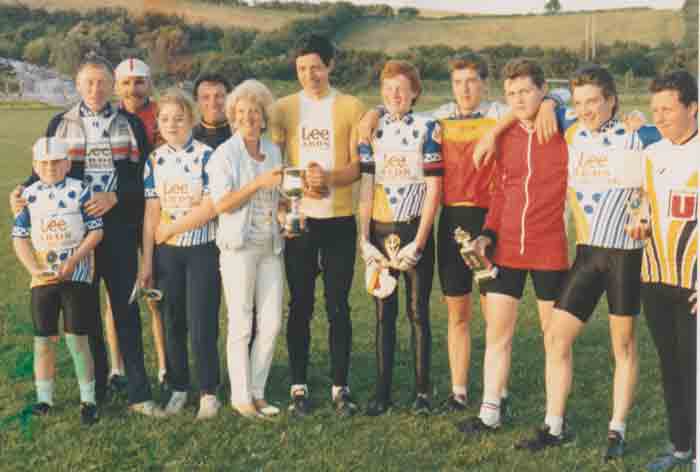 Bobby’s wife Ingrid presents the Magreechan Cup (for the Portaferry and Back time trial) to the first winner, Alastair Martin, in 1996. Bobby is standing behind Ingrid. 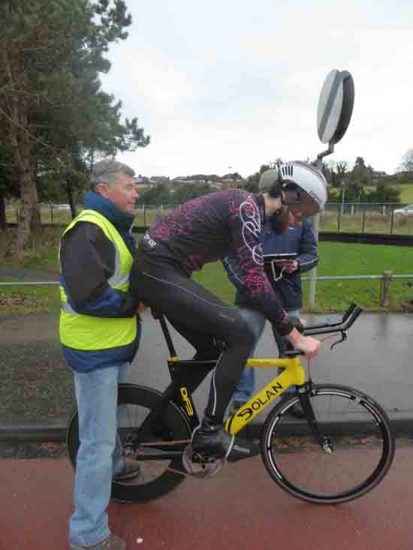 In the Christmas 10, Ian Inglis was once again fastest, averaging just over 25mph to record 23:55. Fastest Ards CC rider was WIlly Gill in second place with 26:42.  There was no fancy dress or decorated bikes this year, although that was perhaps wise given the strong westerly winds blowing across the course. 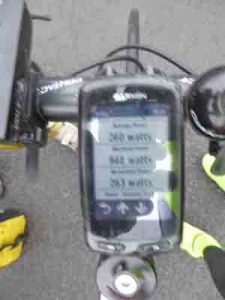 Thanks as always to the time keepers, marshals, pusher off and refreshment suppliers! And check out our Facebook page for some great photos from Dany. 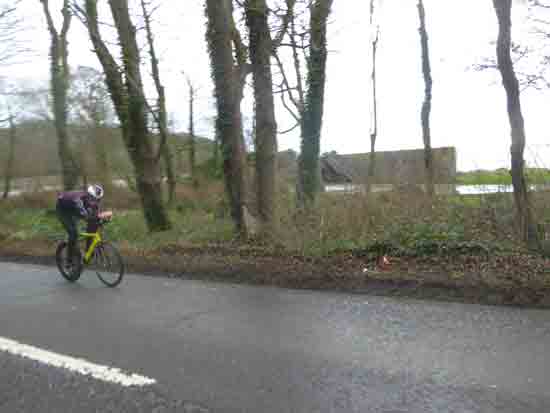 Ian powers past the old gas works on his way to another win on the Portaferry Road. It is not clear who could have taken this photo, although Ian is glancing across quizzically.