The annual Ards CC town centre races were a great success again tonight, and we had an Ards CC winner for the second year in a row.

First up was the novice race, with 30 riders aged from 3 to 10 signed up. They were split into three groups, based on age, and it was Aliyah Rafferty who came through from the middle group to take the win. 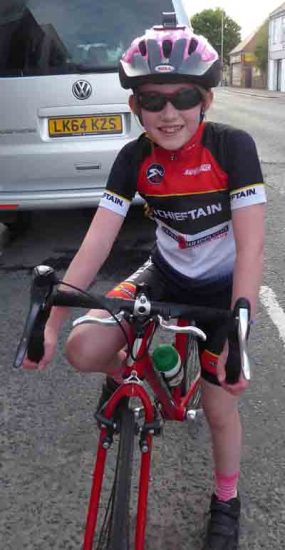 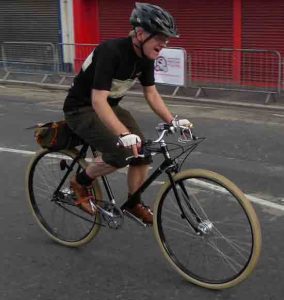 The course was open to all comers before the racing began, and it was great to see some classic machines in action

Next up was the under 12 race, with 9 riders competing over 5 laps. Shea O’Kane (Phoenix)  took the win, from Adam Rafferty (IWCC) and Rachel White (North Down CC). Avie Doherty (VC Glendale) was first unplaced girl.

The under 14s were next, with 14 riders taking part. The speed was visibly faster, and it was last year’s U12 winner Odhran Doogan (Errigal) who stepped up to take the win from Darren Rafferty (IWCC) and Chris Donald (Madigan). First girl was Maria Simmons (North Down CC). 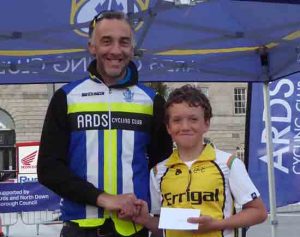 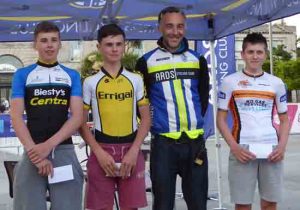 Final underage race of the night was the U16s. Over 8 laps of fast racing it was another Errigal rider, PJ Doogan, who emerged as the winner, from last year’s winner Shea Donley (Ballymoney) and Ciaran Cahoon (Clan Eireann)

Top race of the night for many was the A4s, where Ards CC were well represented. After 25 mins of tactical racing, it all came together for a big bunch sprint, and local hero Chris Lappin (Ards CC) emerged victorious, from Ian Weir (West Down Wheelers), Martin Colgan (Armagh Down), Gavin Moore (North Down CC), Scott Maitland (Killinchy) and Michael Fox (Newry Wheelers). 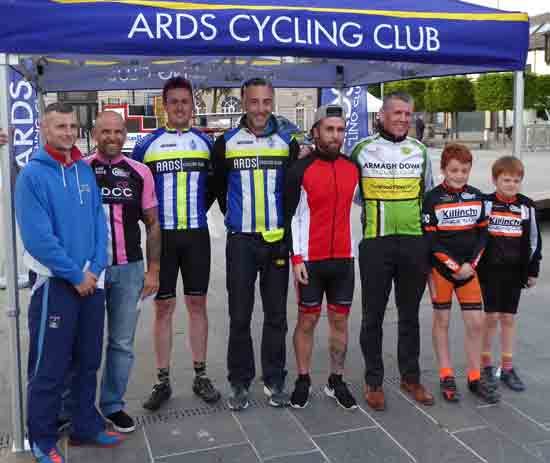 I’m told this is the A4 podium, although some of these riders look a little young…

Final race of the night was the A1/2/3 over 40 minutes plus 1 lap. The attacks came from the start, with numerous small groups forming and getting caught. By half distance Angus Fyffe, Gary Donaldson (both Omagh Wheelers) and Glen Kinning (Kinning Cycles) had established a lead of 25 seconds. 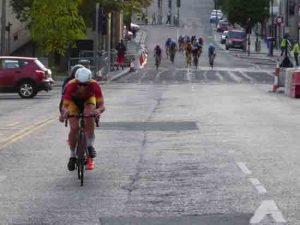 The leading 3 get a gap on the bunch 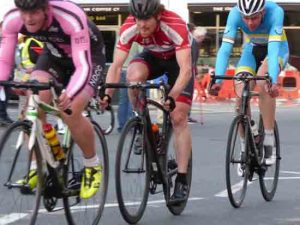 A chasing group applies some pressure. 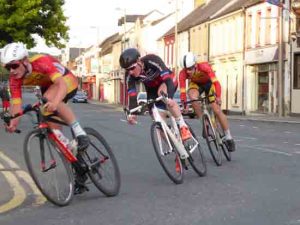 The front 3 worked hard to get a gap 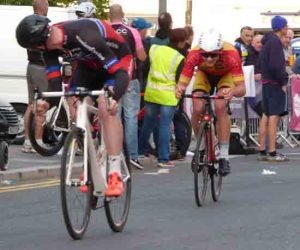 Down to 2, and Glen sizes up his final opponent.

Glen didn’t fancy his odds in a sprint finish, and managed to drop Gary. But with Angus shadowing him to the finish, there was only going to be one winner, with Angus taking it by a length. A group of 4 chasers escaped from the bunch, with Adam Armstrong (ASEA) taking the sprint for fourth from David Hamilton (North Down CC), and Des Woods (Newry Wheelers). Colm Watson (VC Glendale) was first unplaced 2nd cat, Brendan Doherty (VC Glendale) first 3rd cat, and Harvey Barnes (East Tyrone) first Junior. 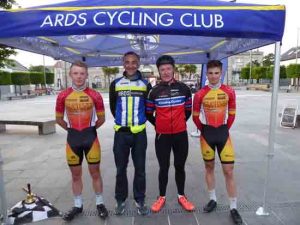