Ards CC was saddened to hear of the passing of Billy Armstrong on Monday. Billy was a long standing member of Northern CC, but his son Adam joined Ards CC in 1997 as an under 12 and quickly started winning schoolboy races. This was part of a general policy at the time where Dave Kane (sponsor of Northern CC) advised… Read more » 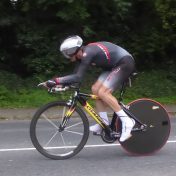 In the world of bike racing, everyone from the age of 19 to 39 is classified as a senior and they race together. This seems to work quite well in terms of physical ability. For example, the top three is this year’s Tour de France were aged 21, 30 and 35. But when riders reach their 40s, although the competitive… Read more » 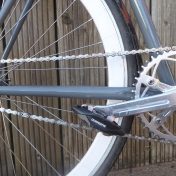 Some cycling activities may have been restricted this year, but there are still plenty of new things to try out. In the first of a new occasional series, this week we’re suggesting you might want to try a fixed wheel. Initially the idea might seem strange. There are no gears. You can’t even freewheel – you have to pedal all… Read more »