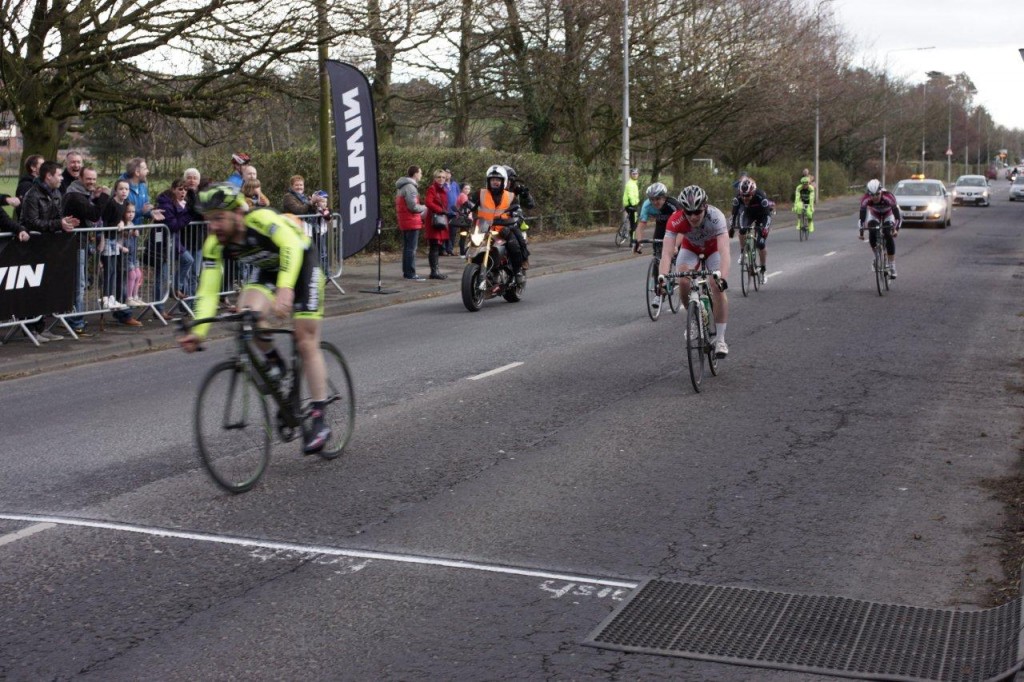 A full field of 80 riders set off in dry conditions, but there was a cold westerly breeze. Fortunately the rain held off until after the finish. 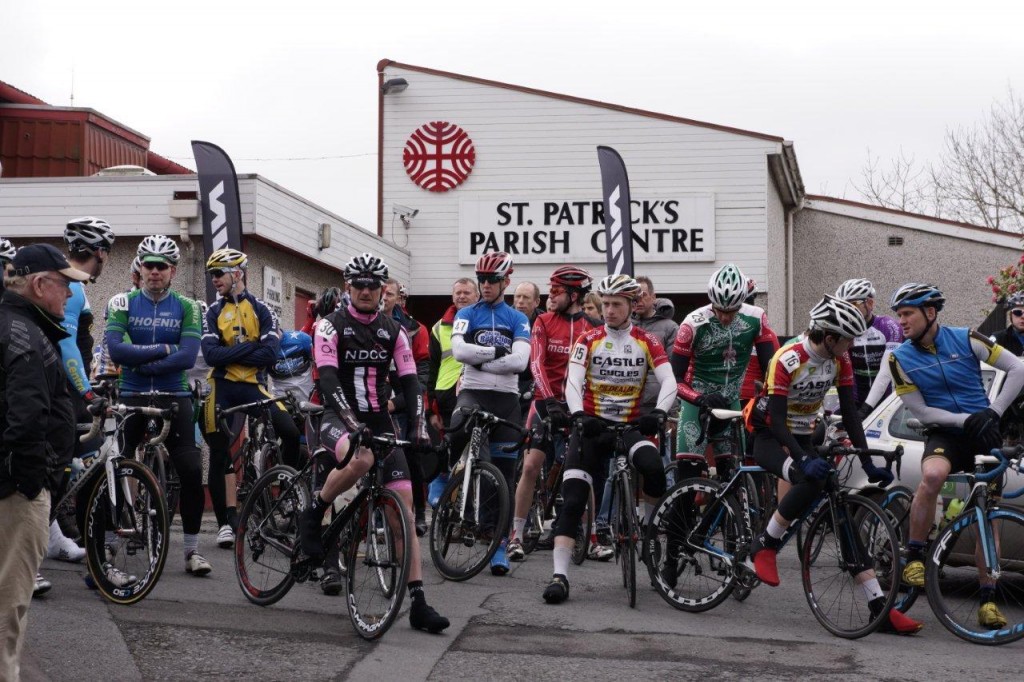 Riders assemble at the race HQ

The first real split was established as the riders reached the outside of the peninsula after 20 miles. A group of 7 riders were about 40 seconds clear of a chasing group by Ballyhalbert, with the main bunch a further 15 seconds back. 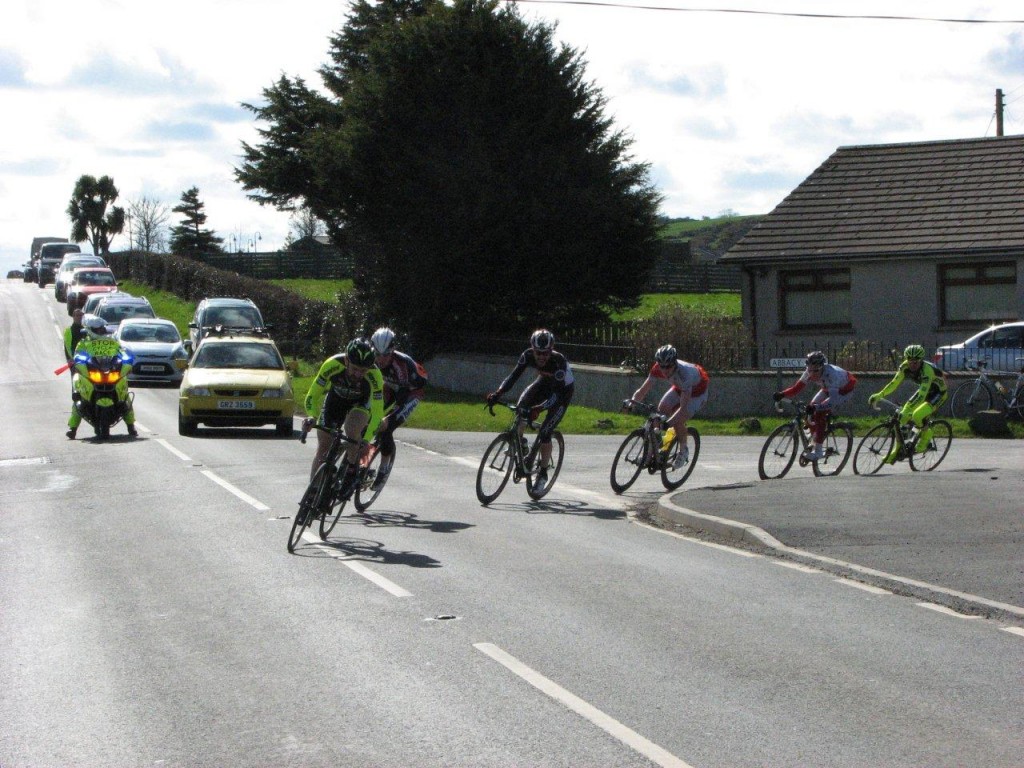 Frazer drives the break out of Abbacy Road

The tough Mountain Road/Loughdoo Road circuit at the bottom of the peninsula saw some further sorting out. As the riders headed north again for the finish, a group of 6 strong men had emerged – Frazer, Daniel, Peter, Ronan McLaughlin (Dig Deep), Conor McConvey (Baku) and the ever green Mark Kane (Dave Kane). 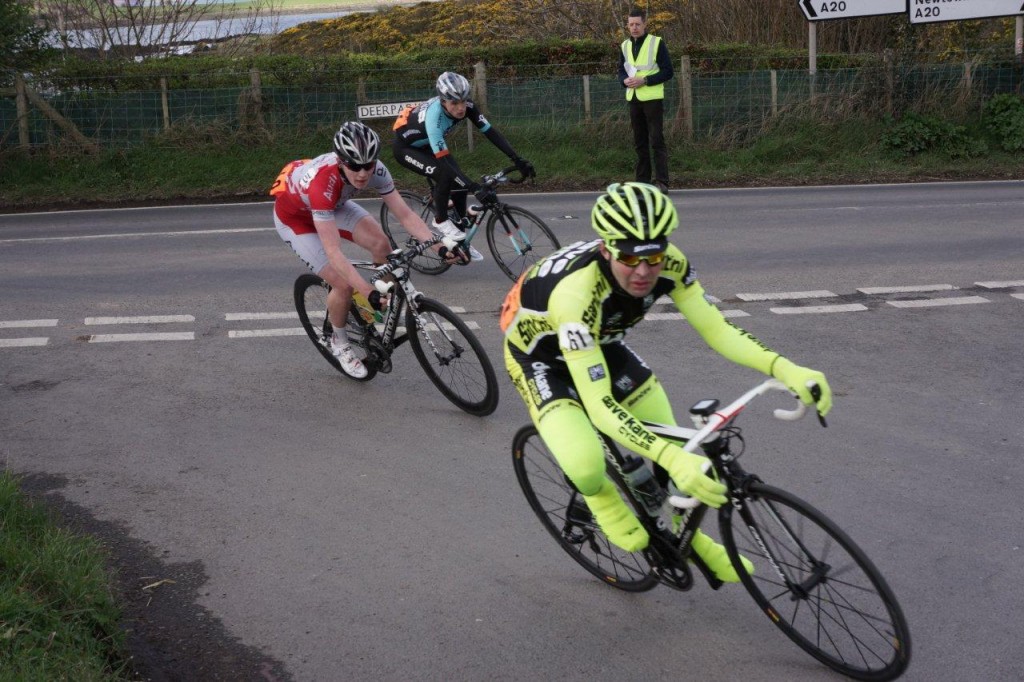 Mark attached coming out of Kircubbin, and held a good gap for 3 miles before being caught again. Next to have a go was Daniel, and he still held a small lead as the riders rounded the last corner onto the finishing straight. Only Frazer had the strength to get past him as they all raced for the line. Peter was third, followed by Ronan, Connor and Mark. 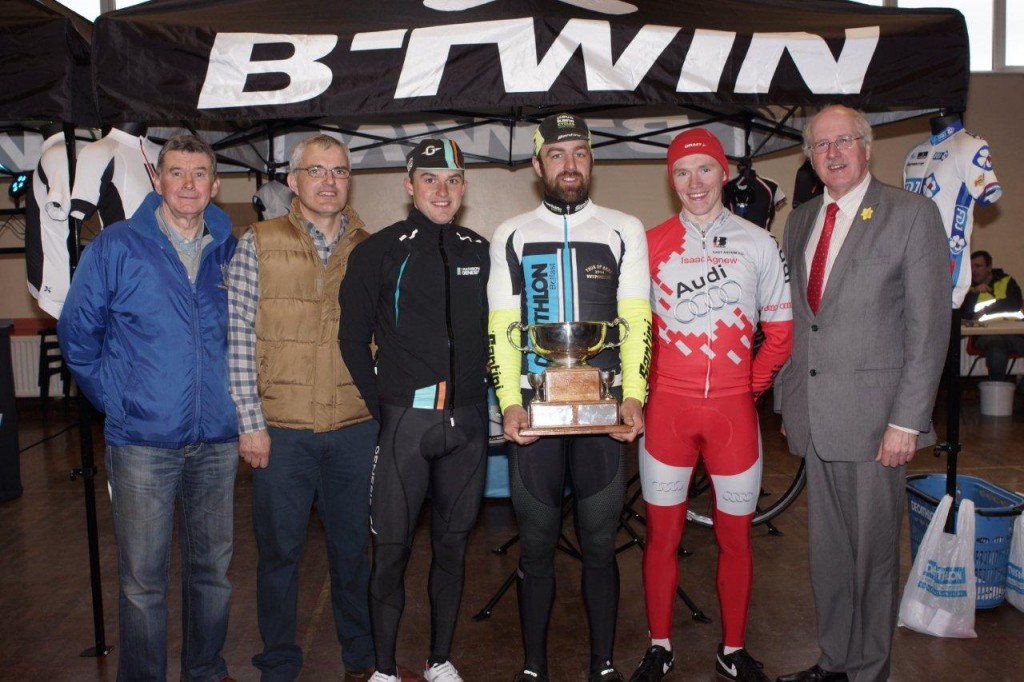 Thanks to all the people who helped out on the day – 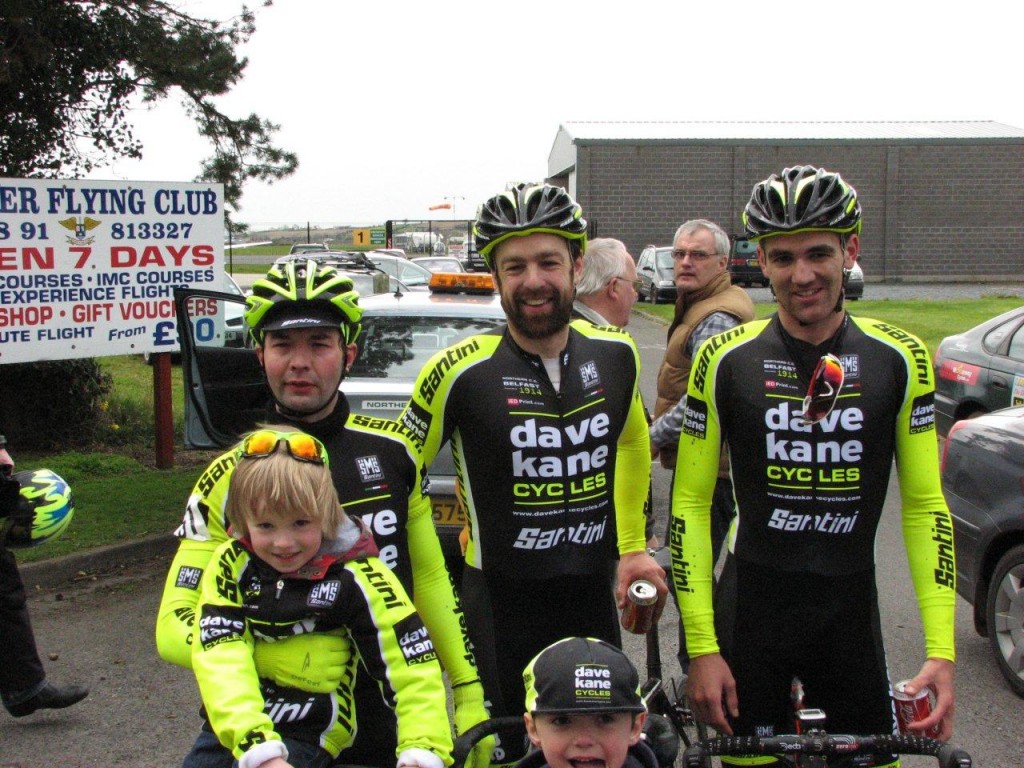