First up were the Under 8 riders, racing for 10 minutes on the short circuit 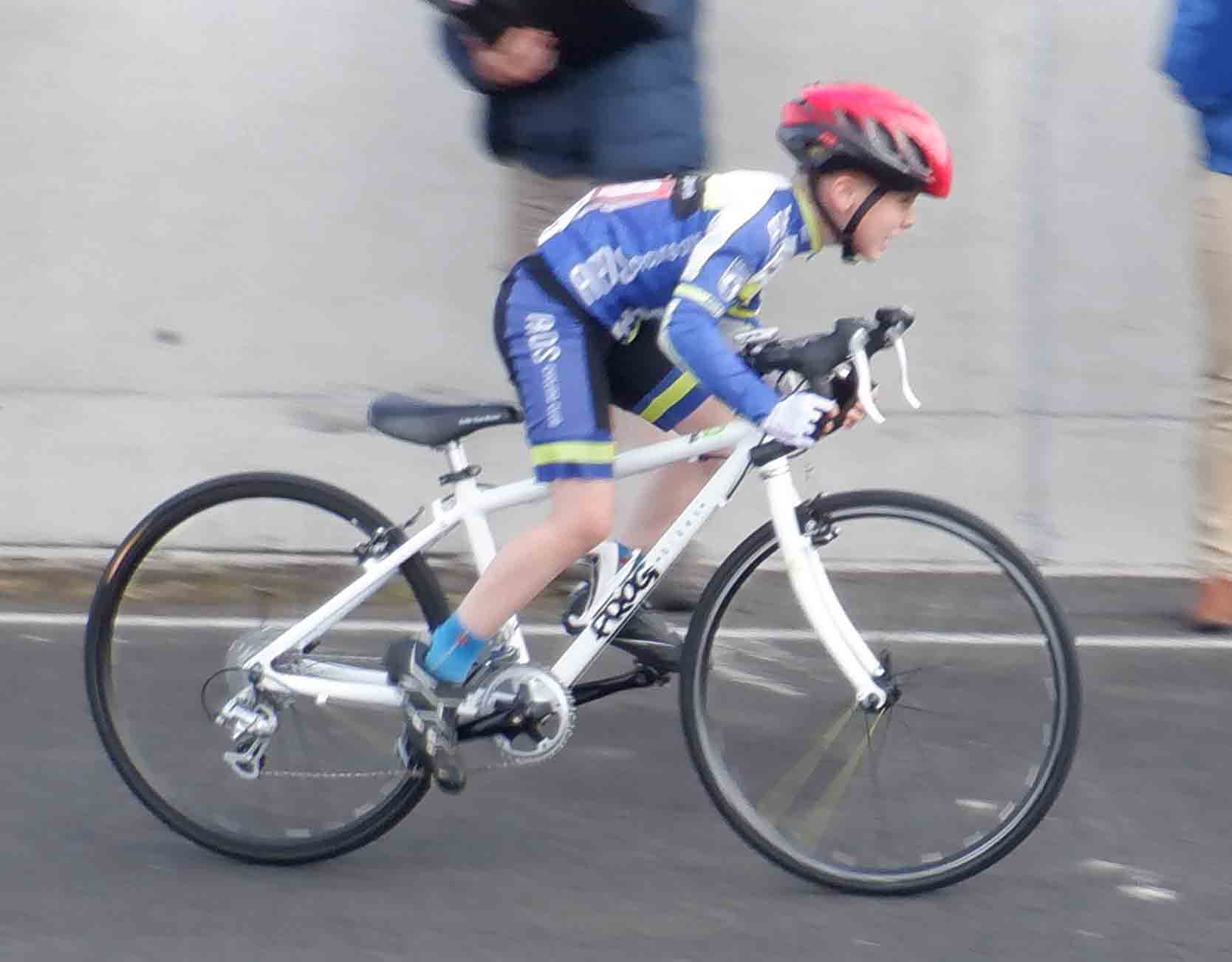 Ards were represented by Jake Rockett 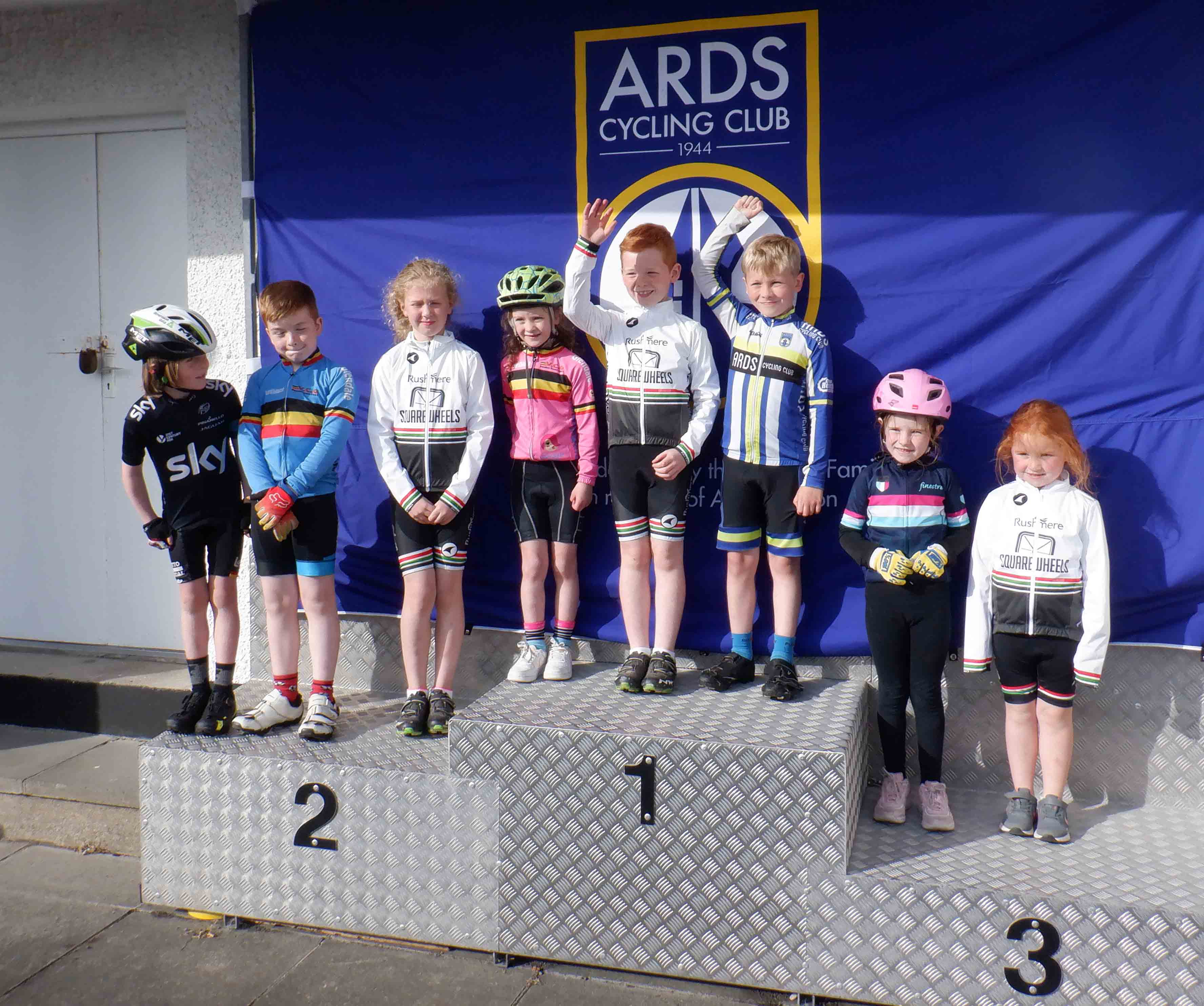 The Under 8 competitors salute the crowd. 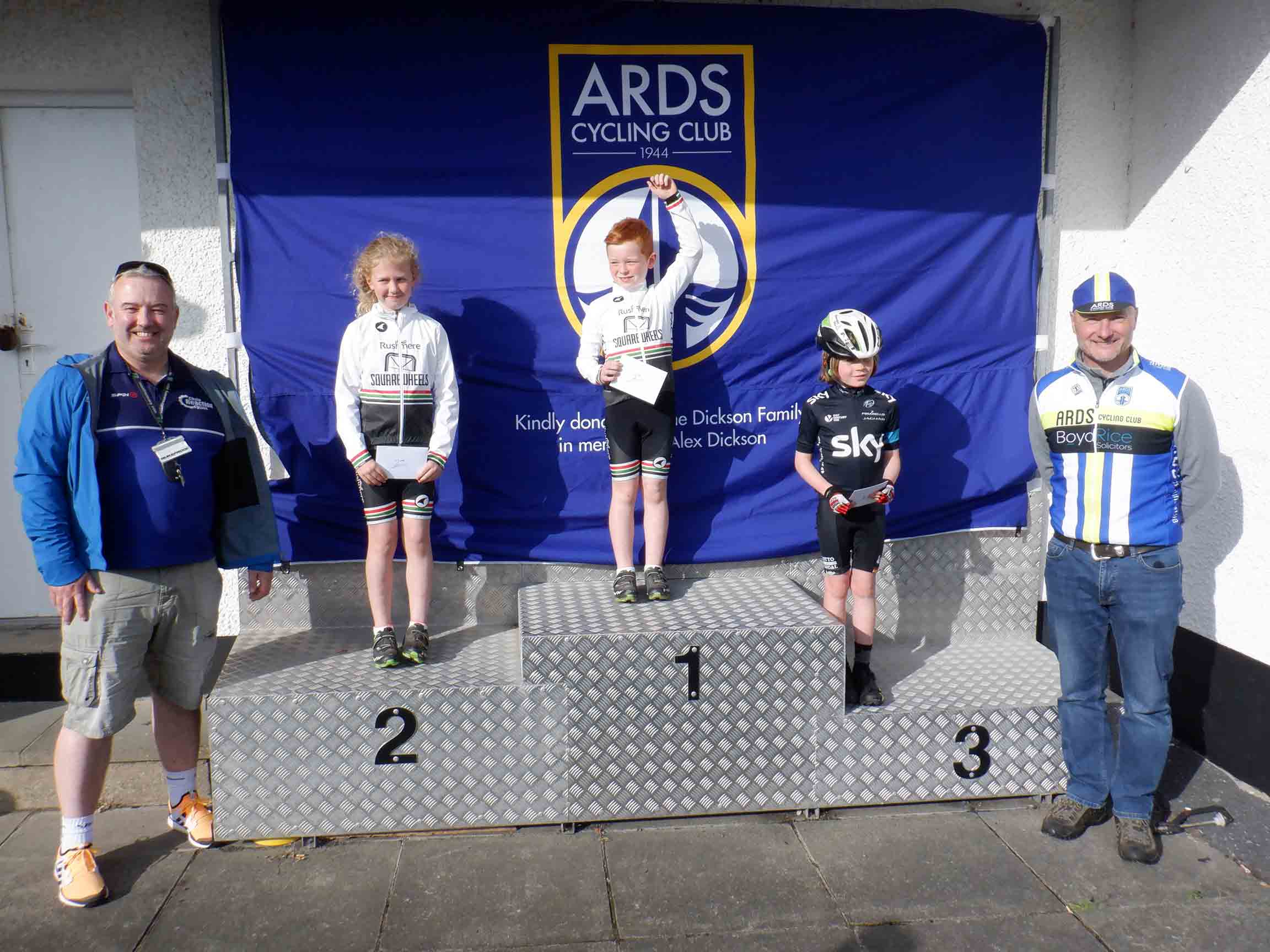 Top three in the under 8 race 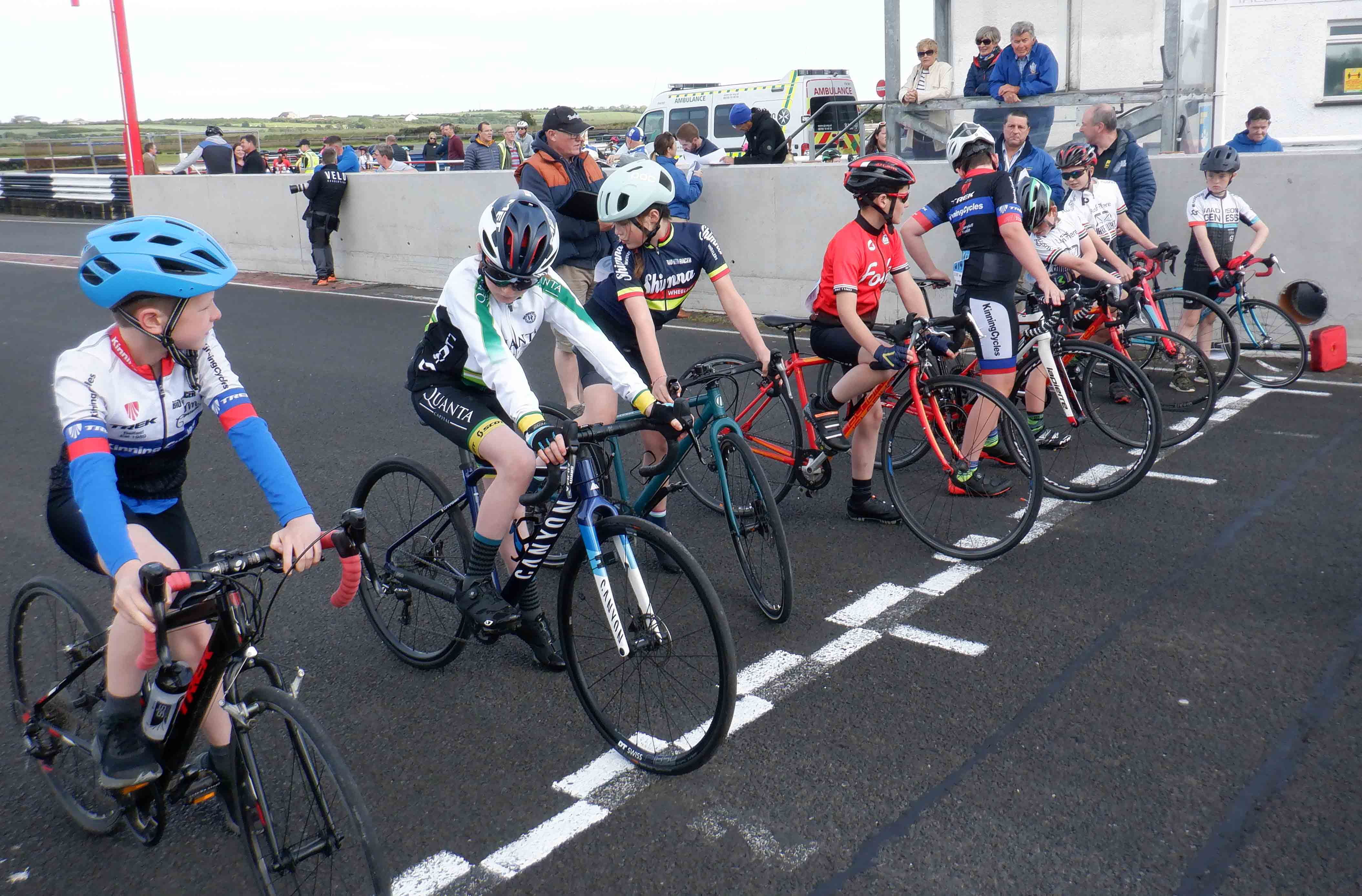 Next up were the under 10s 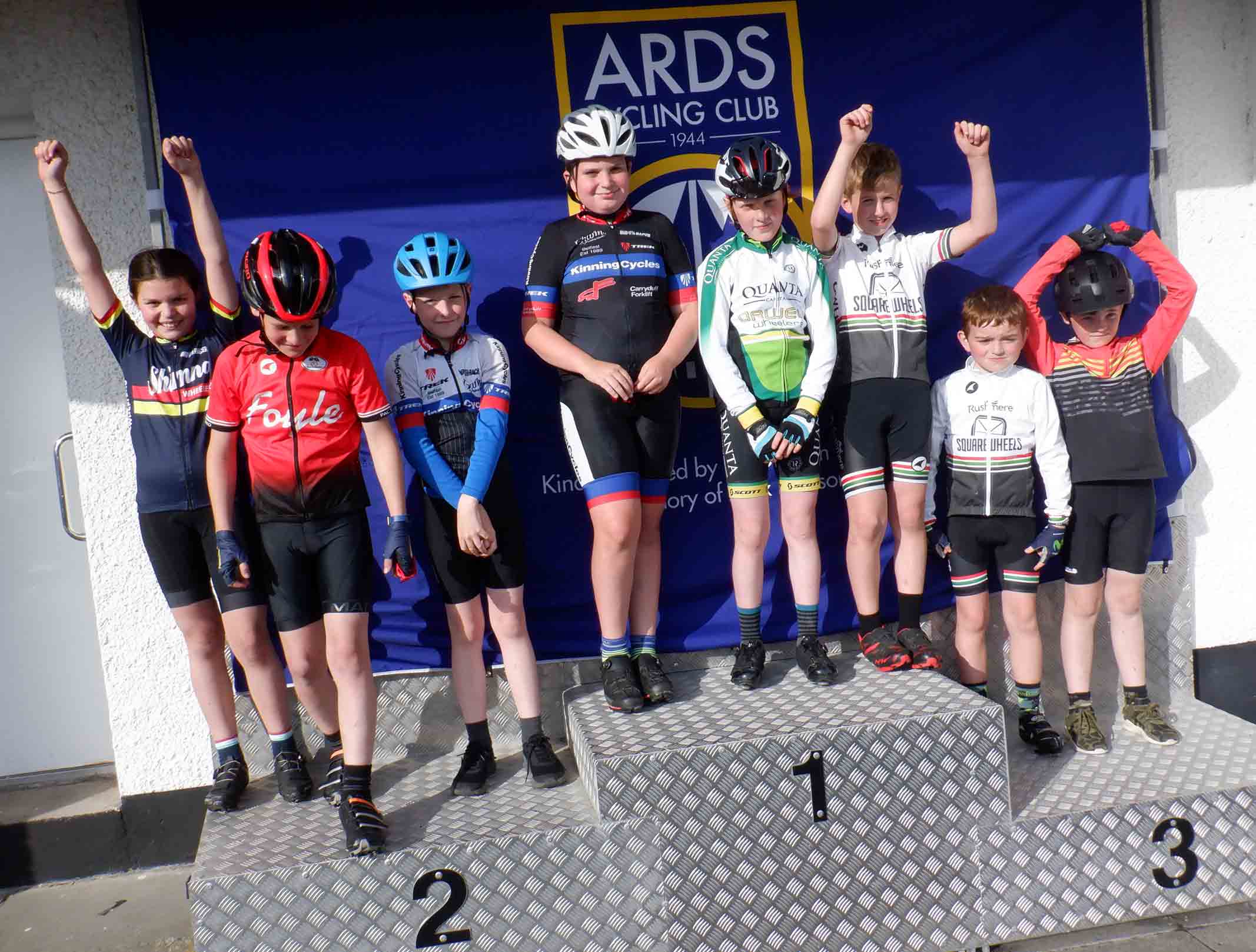 Under 10s celebrate their rides. 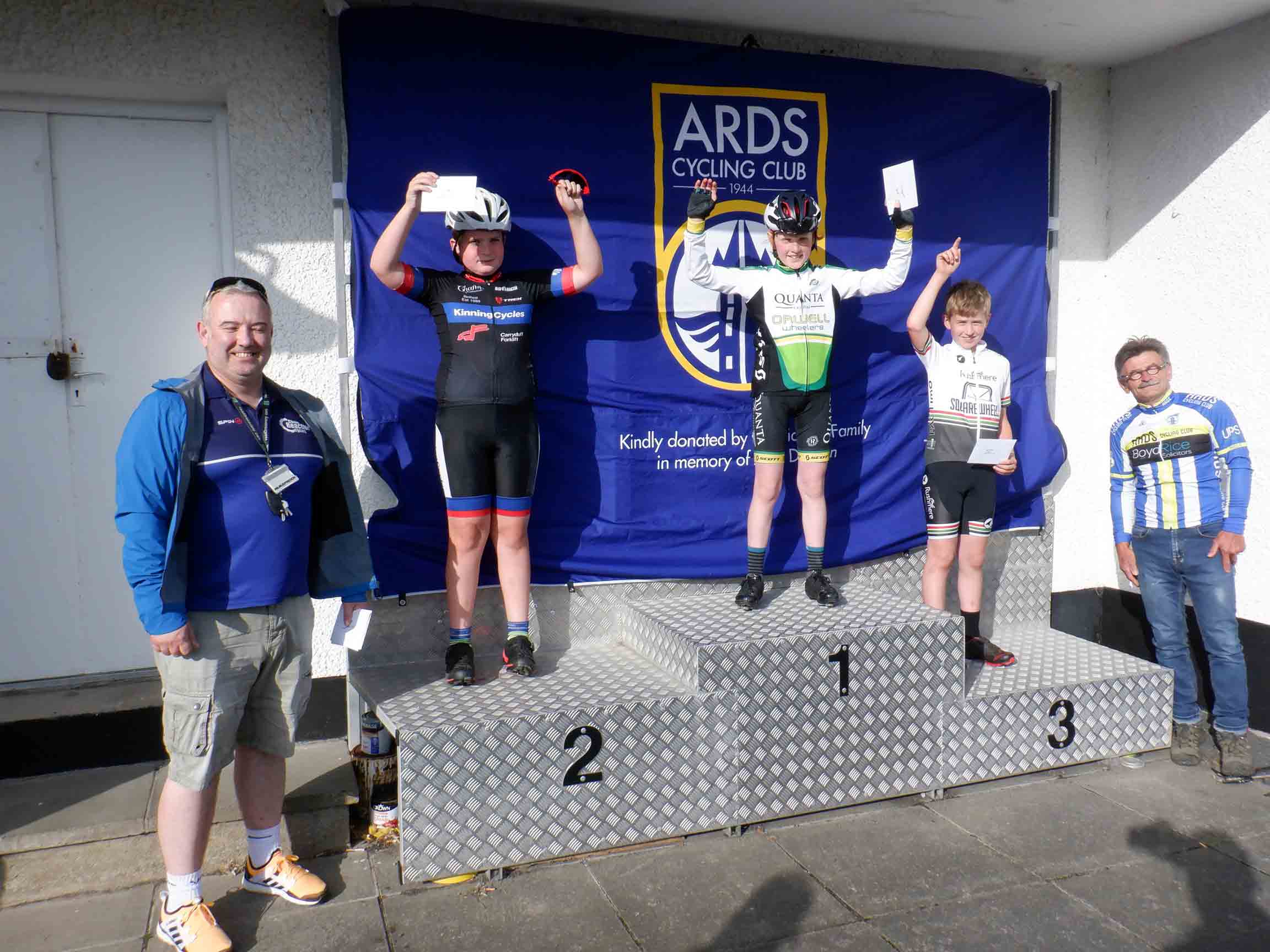 Top three in the under 10 race 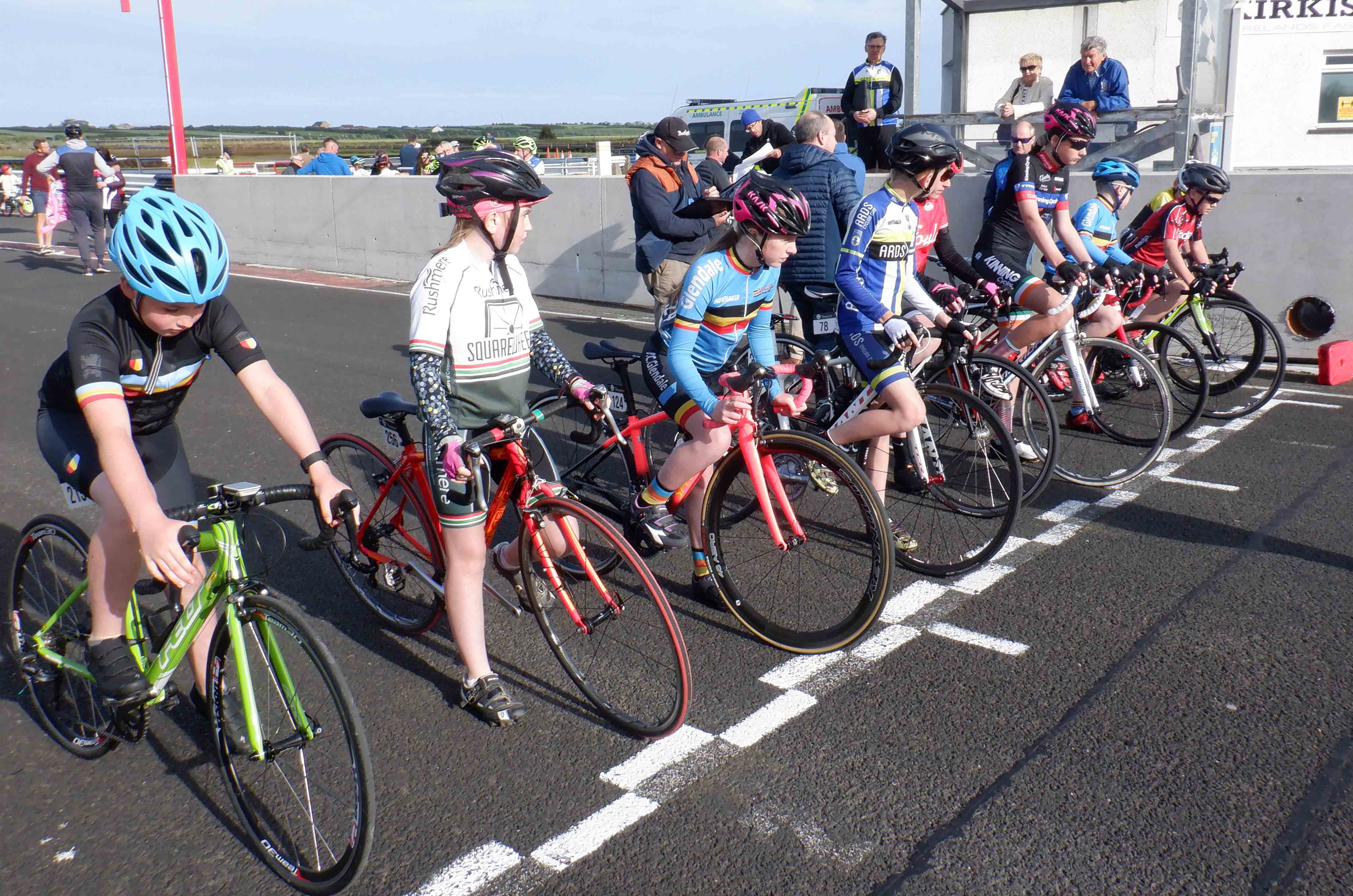 Next on the start line were the under 12s 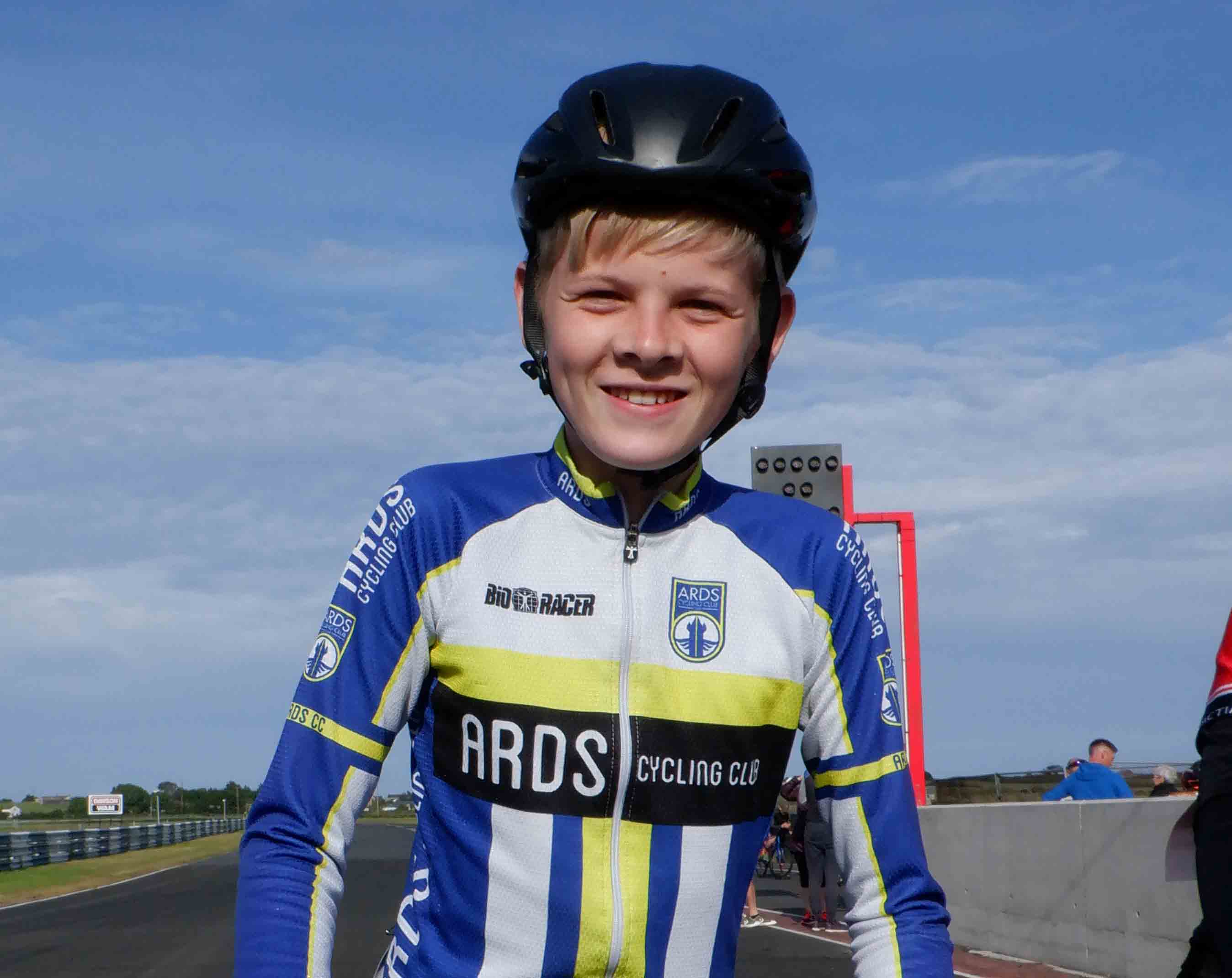 Ards CC were represented by Jamie Rockett, who finished third. 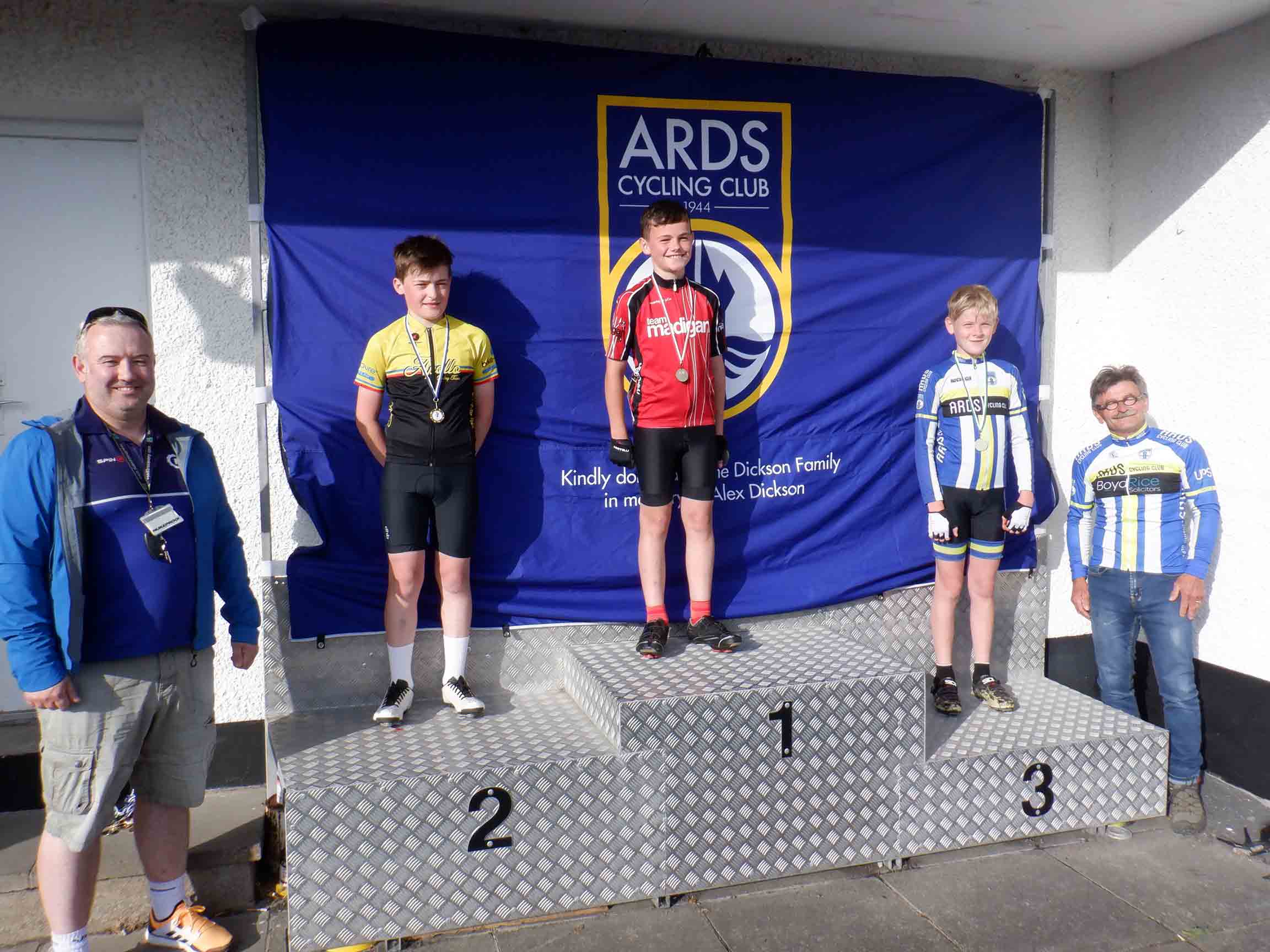 Top three boys in the Under 12 race 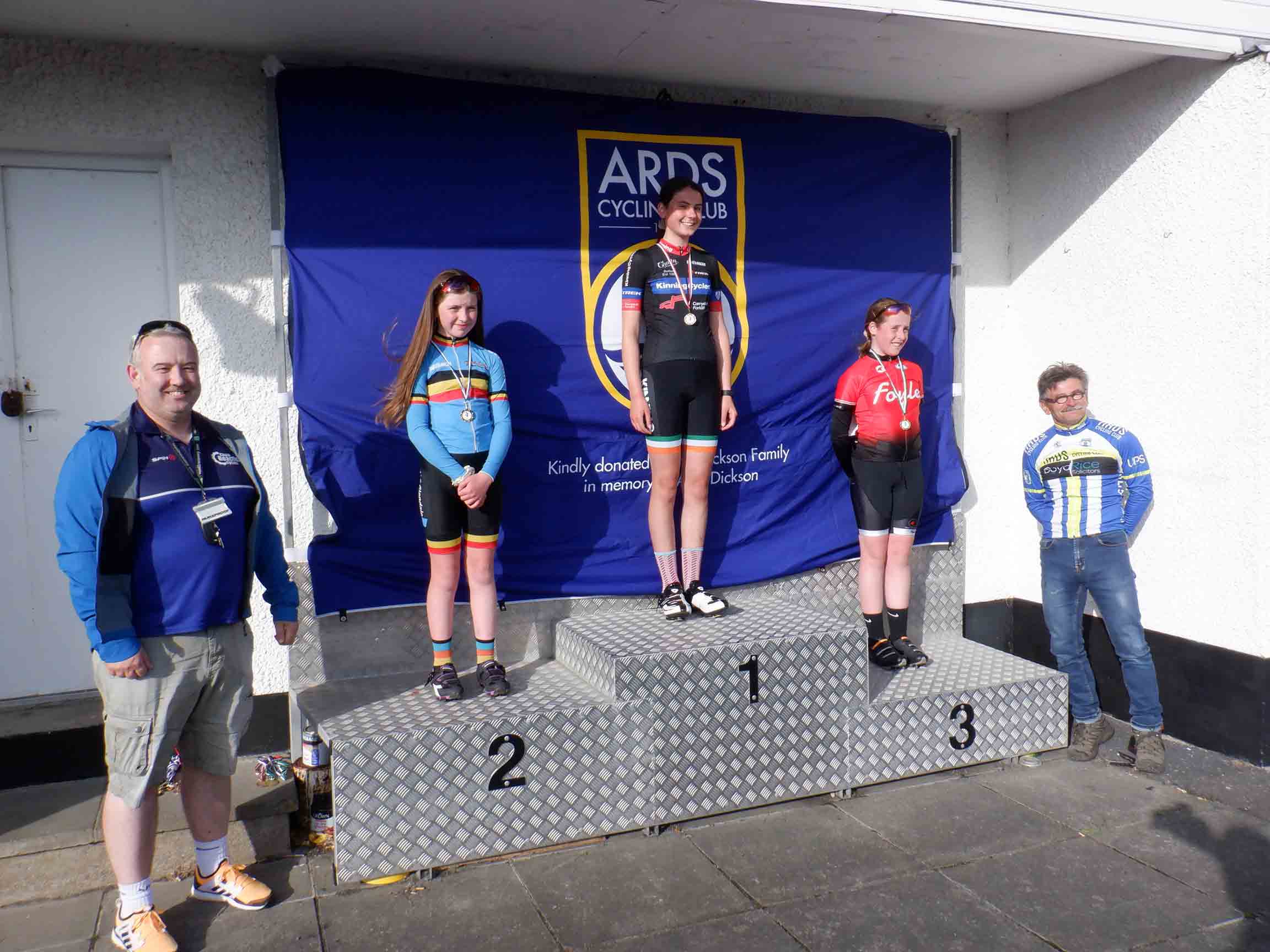 Top three girls in the Under 12 race 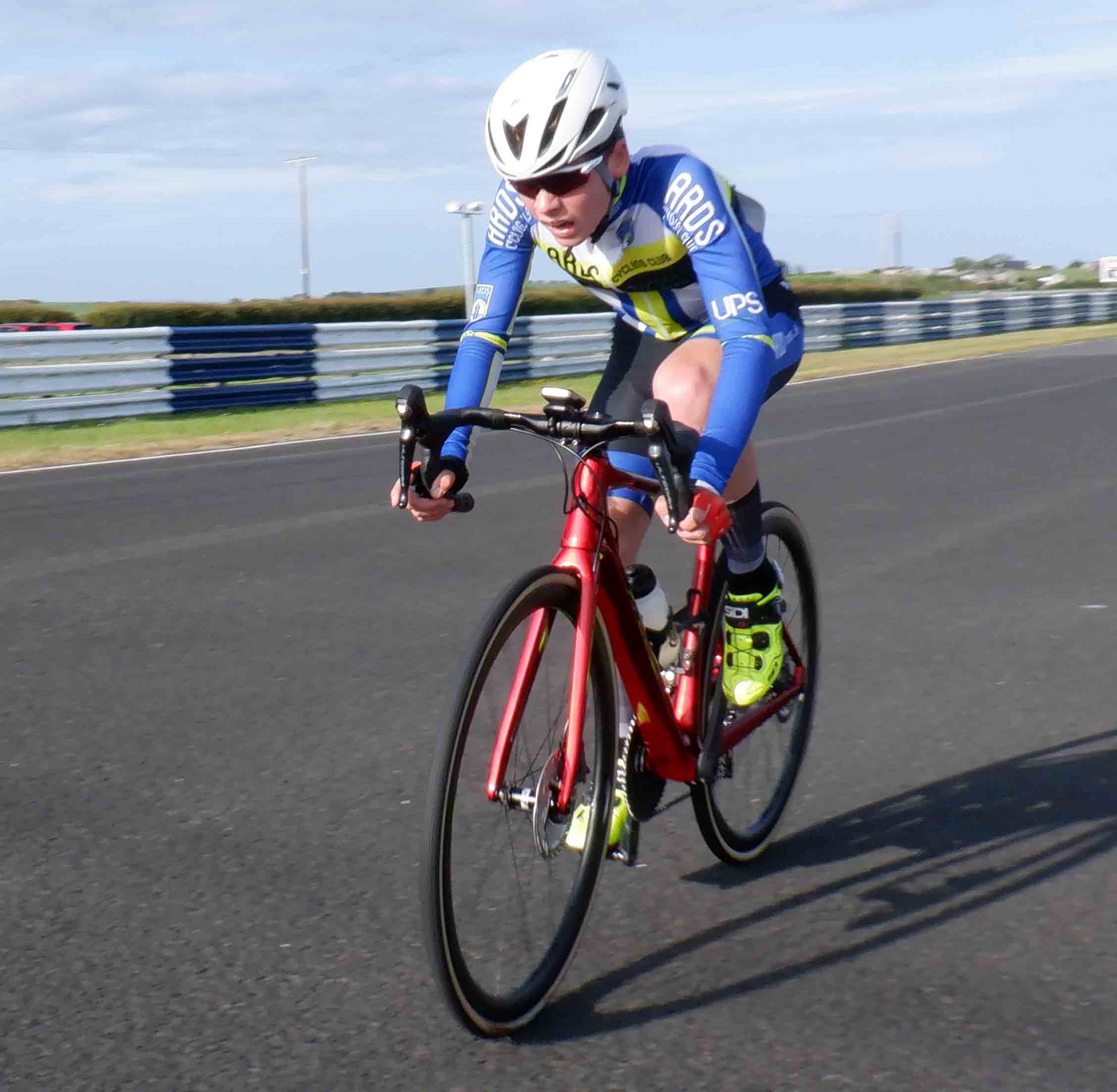 Final event in the underage categories were the under 14s. Ards CC were represented by Karl Rockett who finished in a strong second place.

First of the senior events was the A4 race, and this produced some of the most exciting racing of the evening. 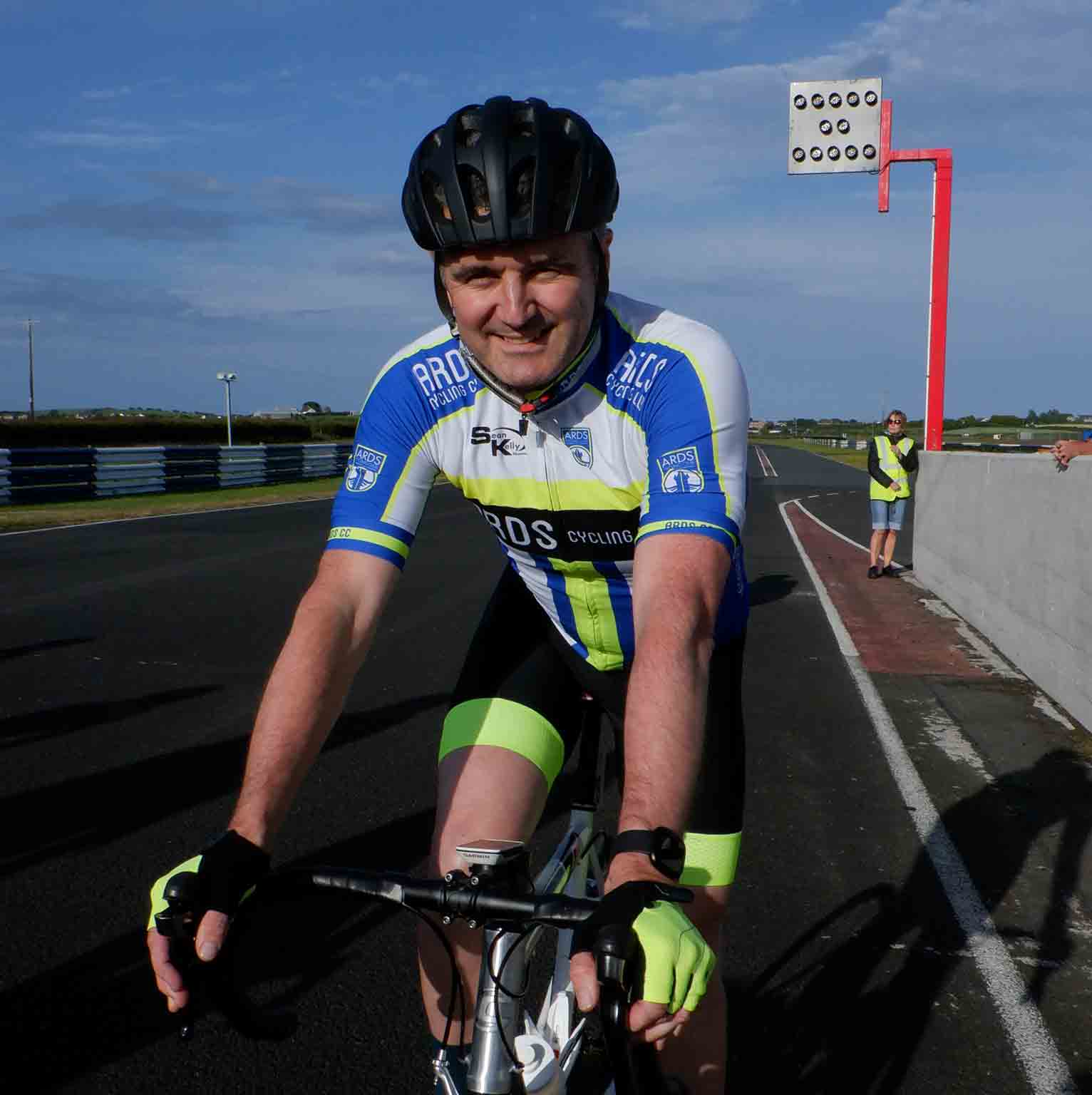 Kirk looked confident at the start… 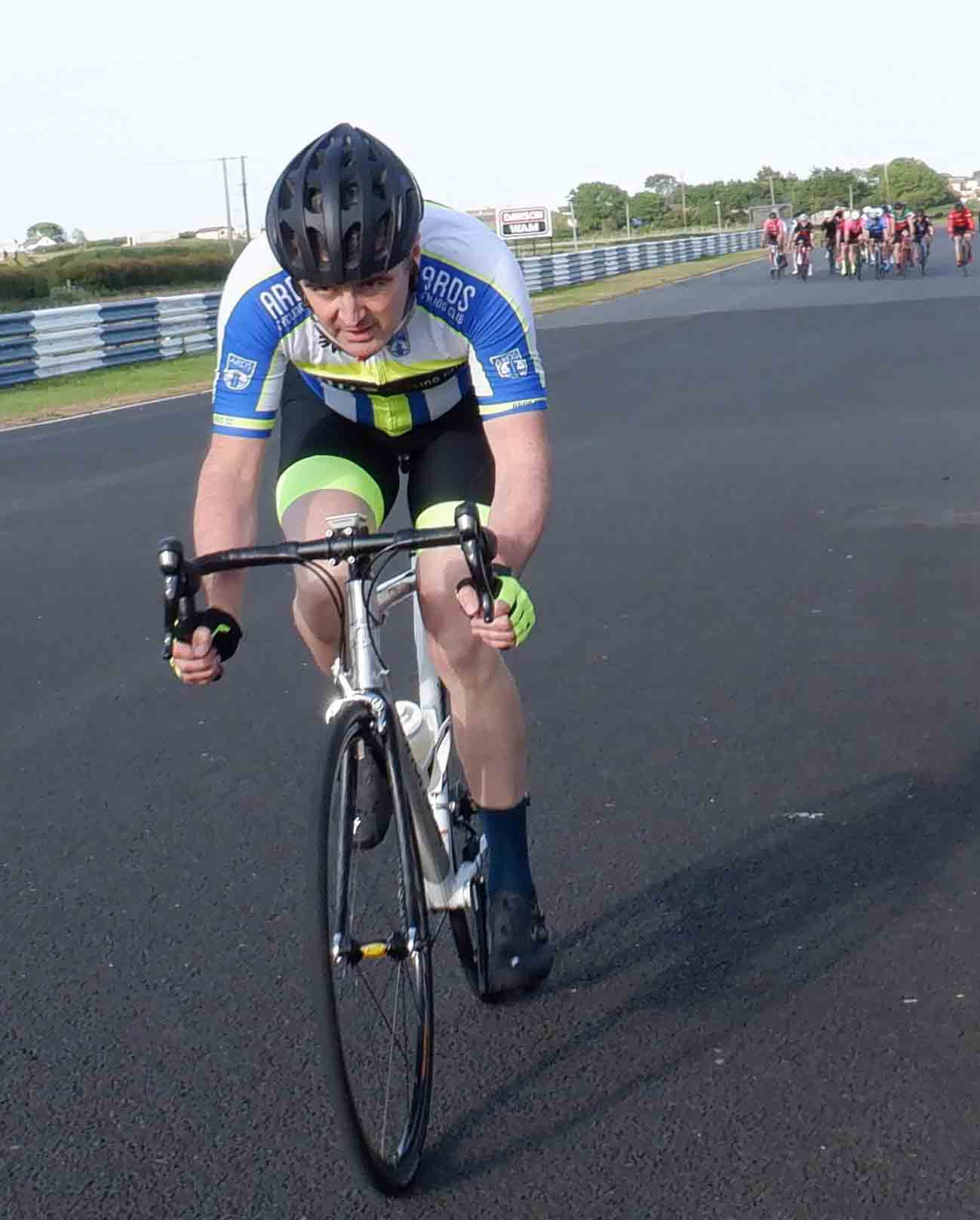 And was soon on the attack! 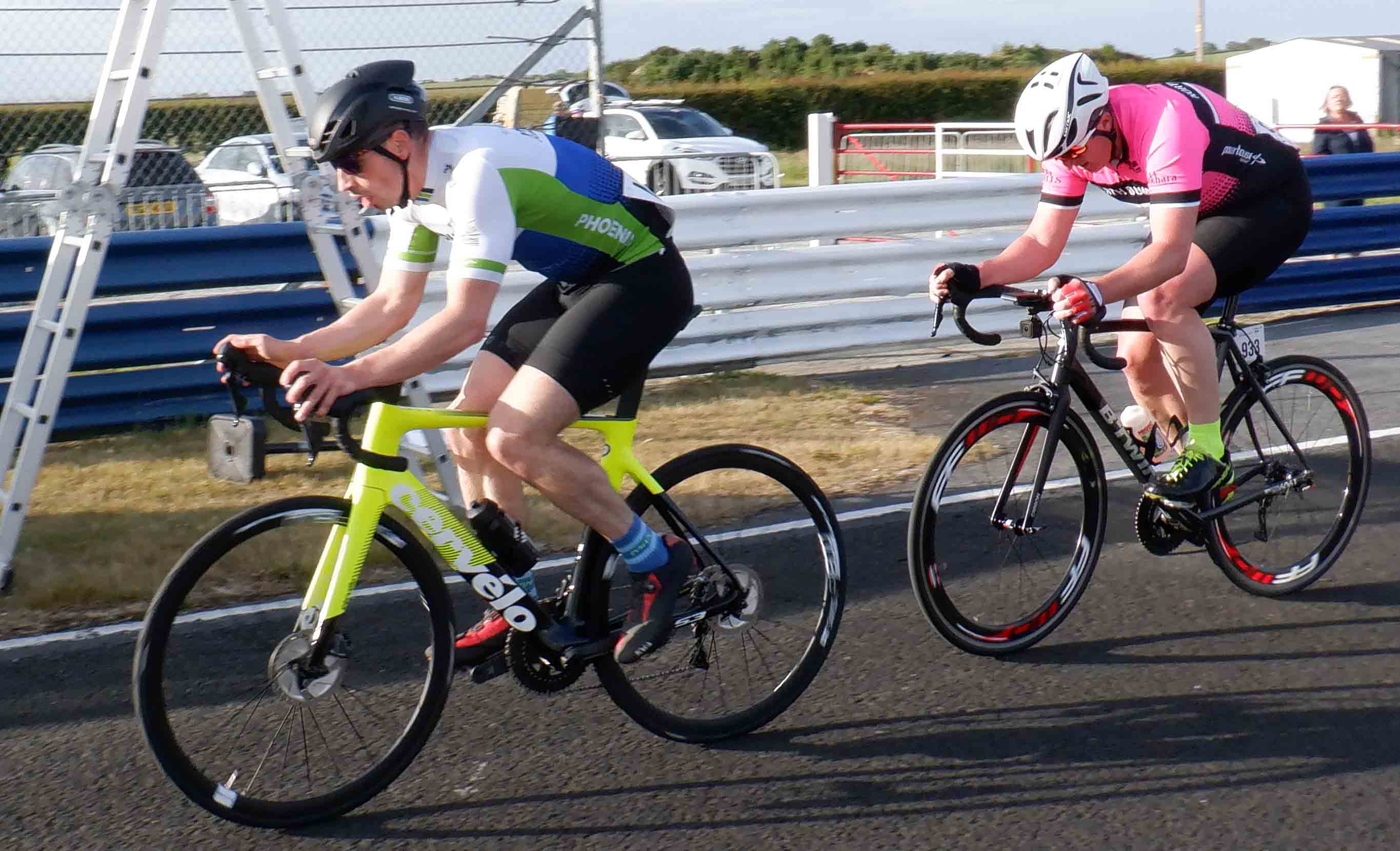 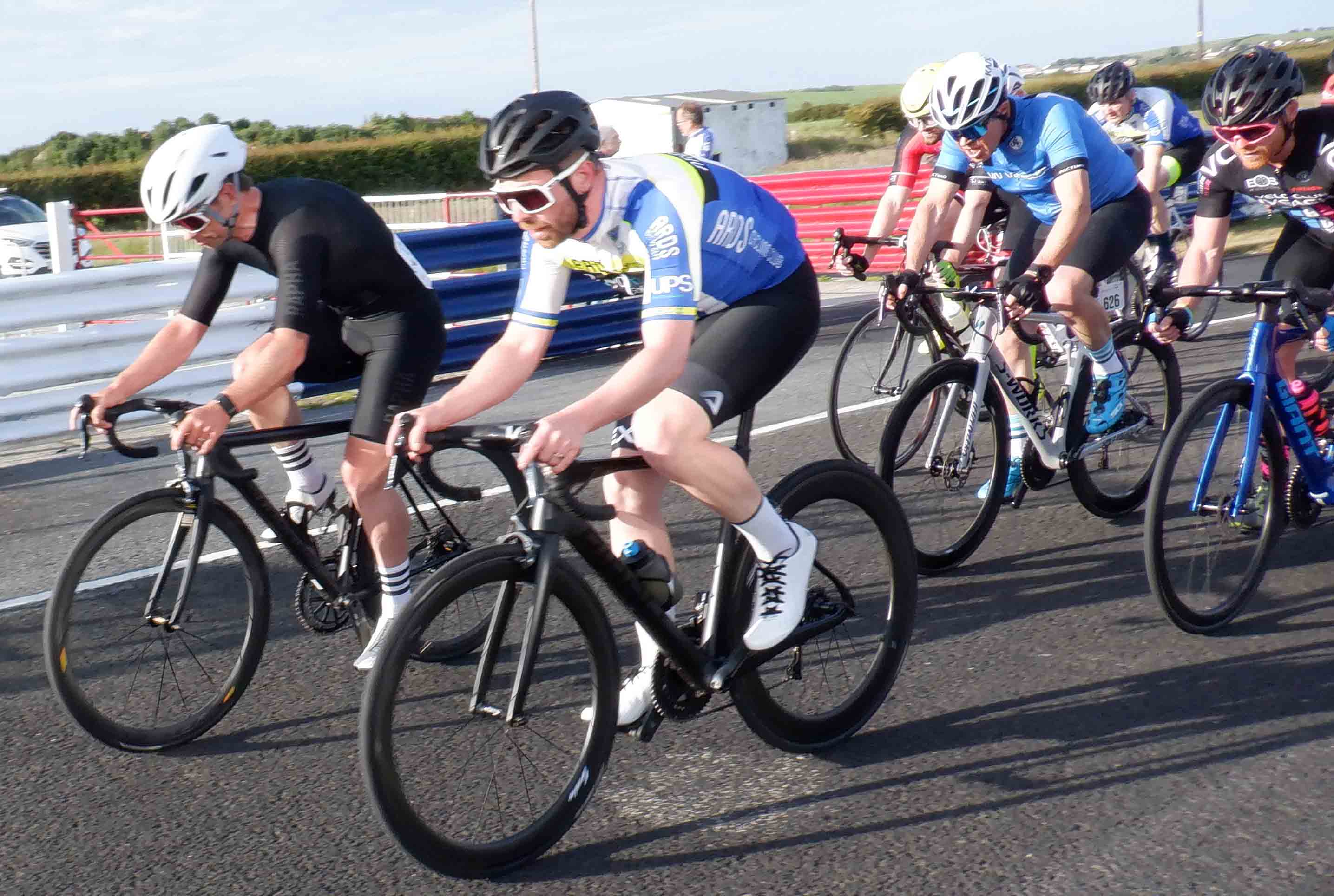 Kirk attacked again, and was still clear on the last lap. He was only caught by the front of the bunch with 100m to go. Ross took the win, and Kirk got a hard earned fourth. 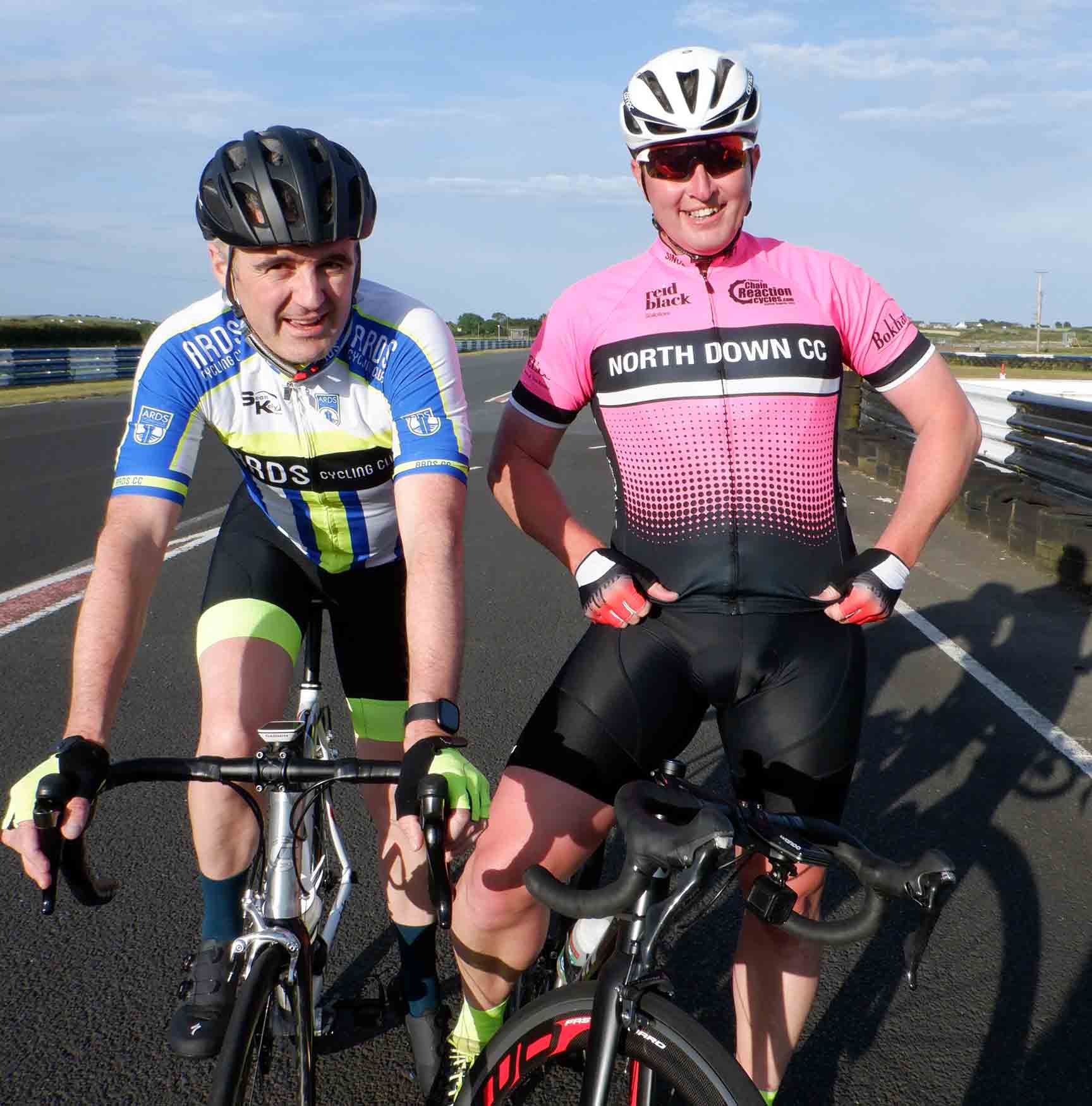 Kirk and Ross at the finish – still the best of friends :-)

Next up was the Senior women (plus two under 16 girls) 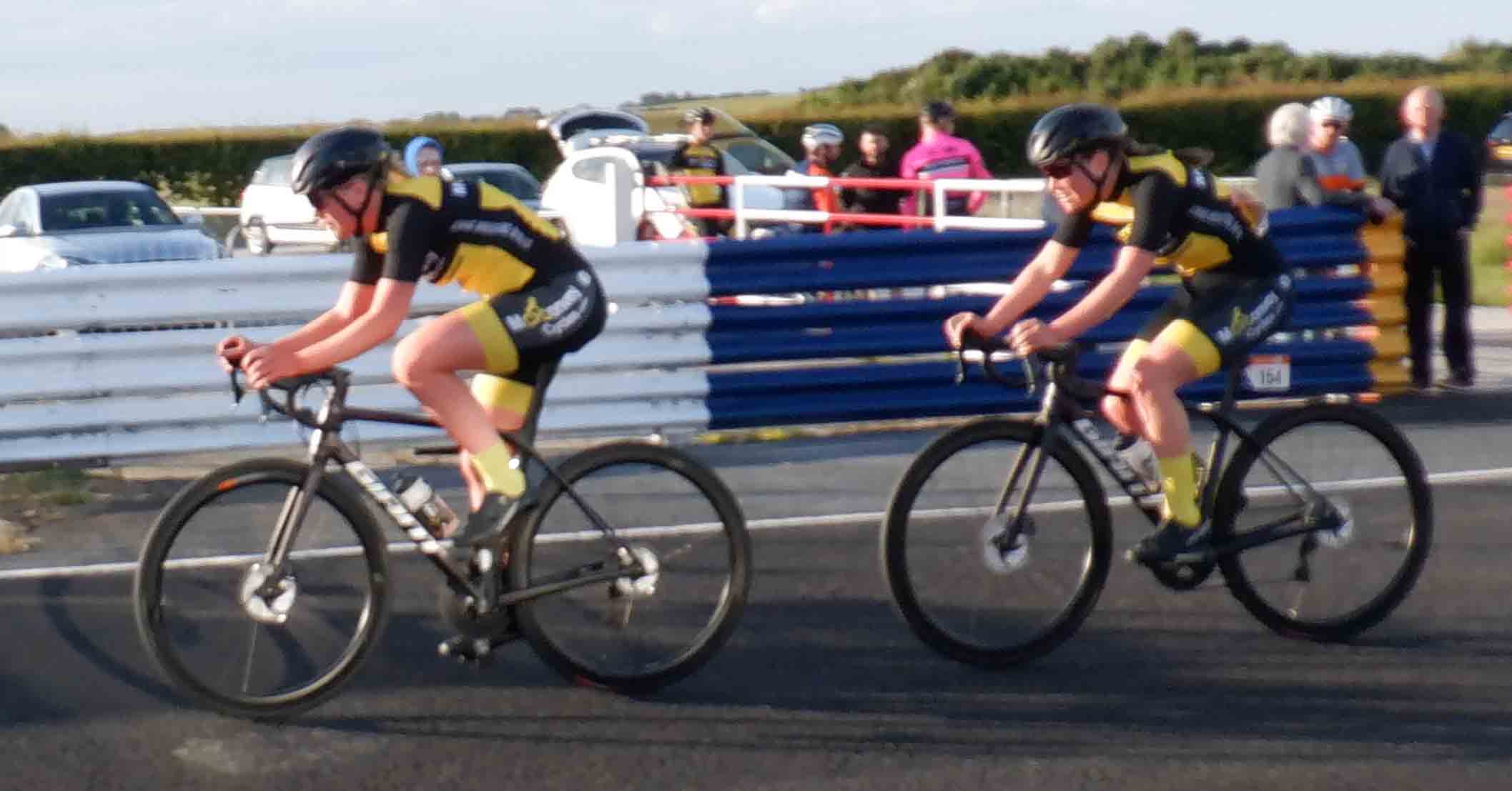 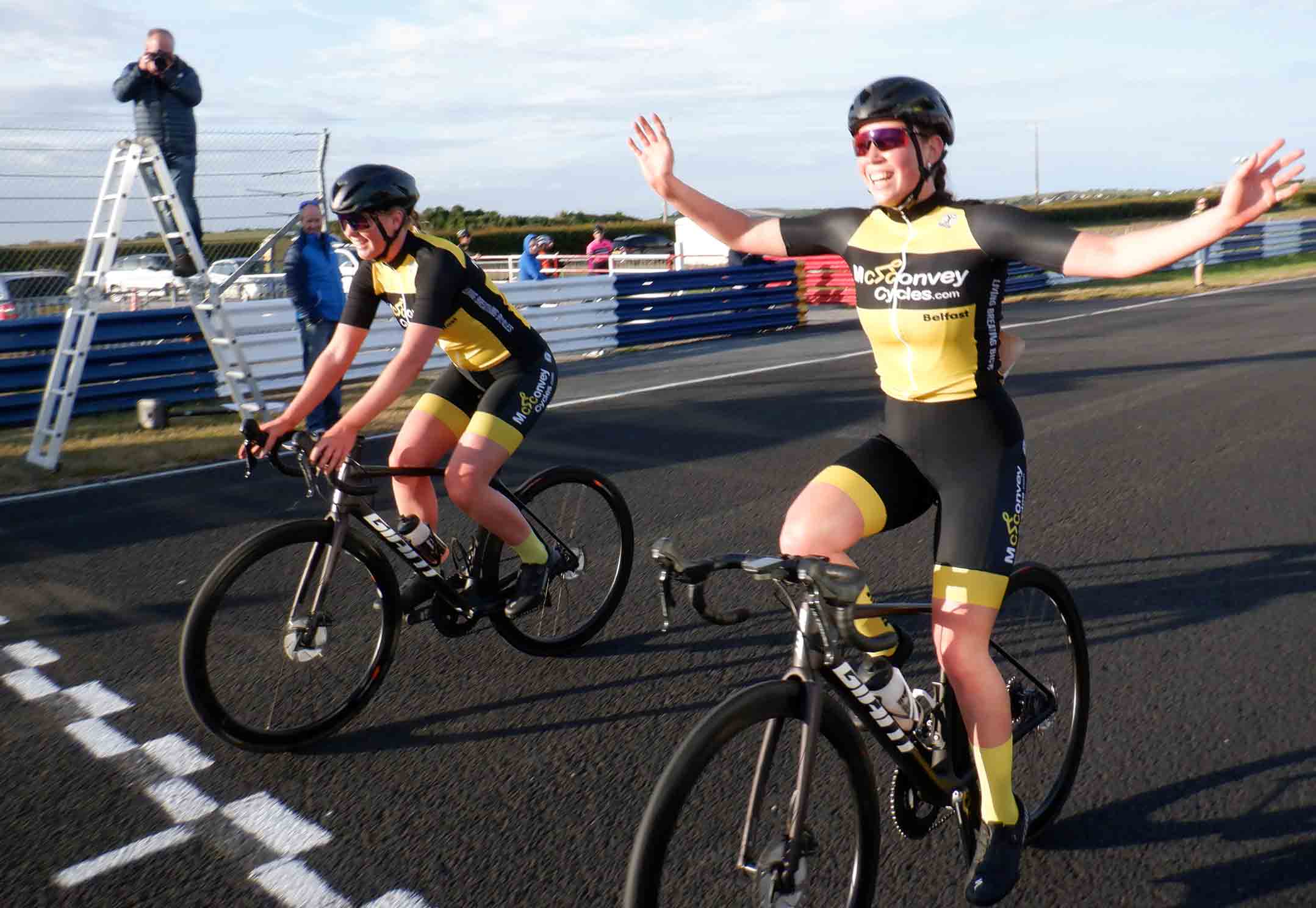 They crossed the line together but the photo finish gave the win to Amelia. 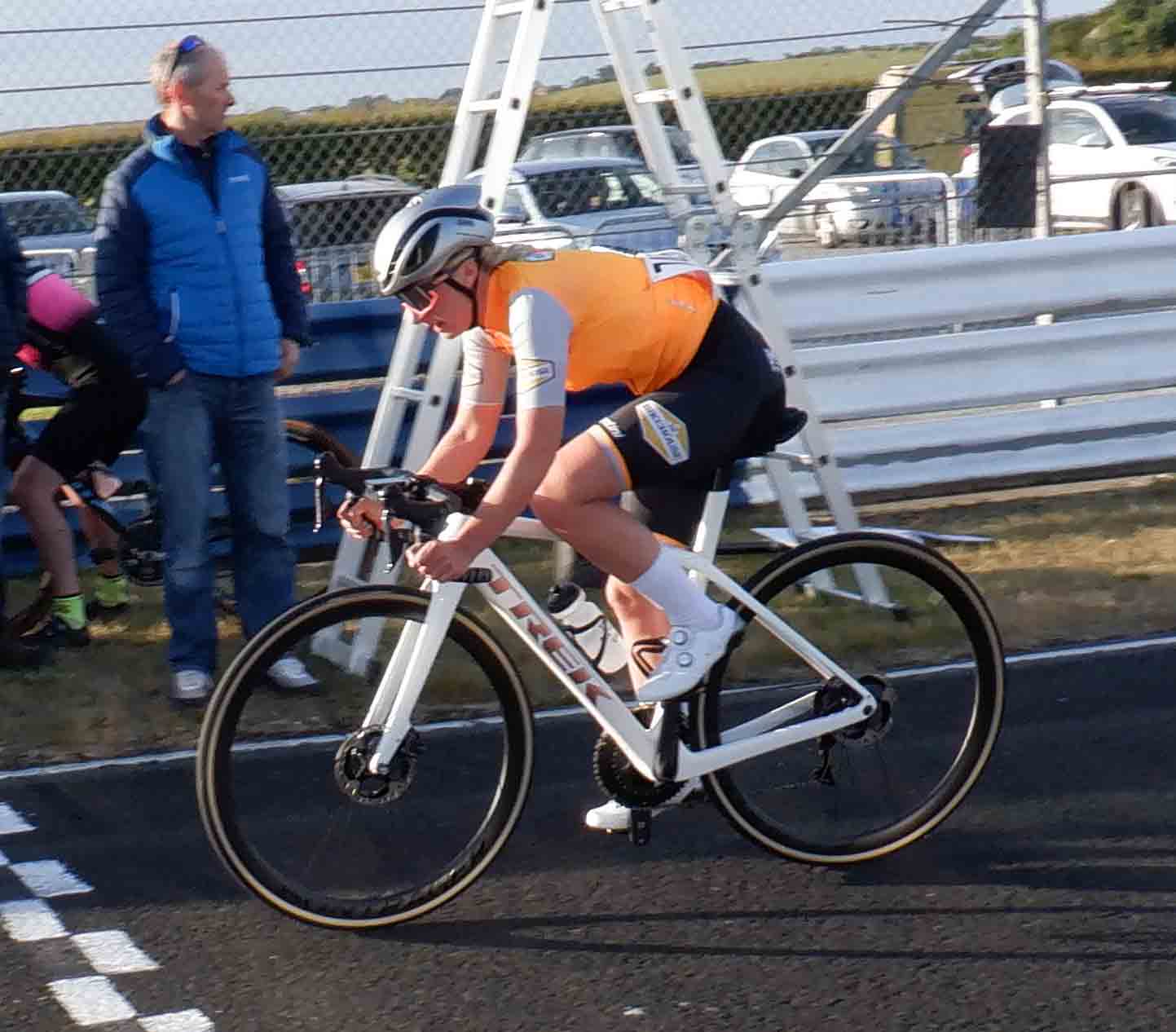 Rachel Irvine (Bike House) took third, riding strongly behind the leading two but ahead of the bunch. 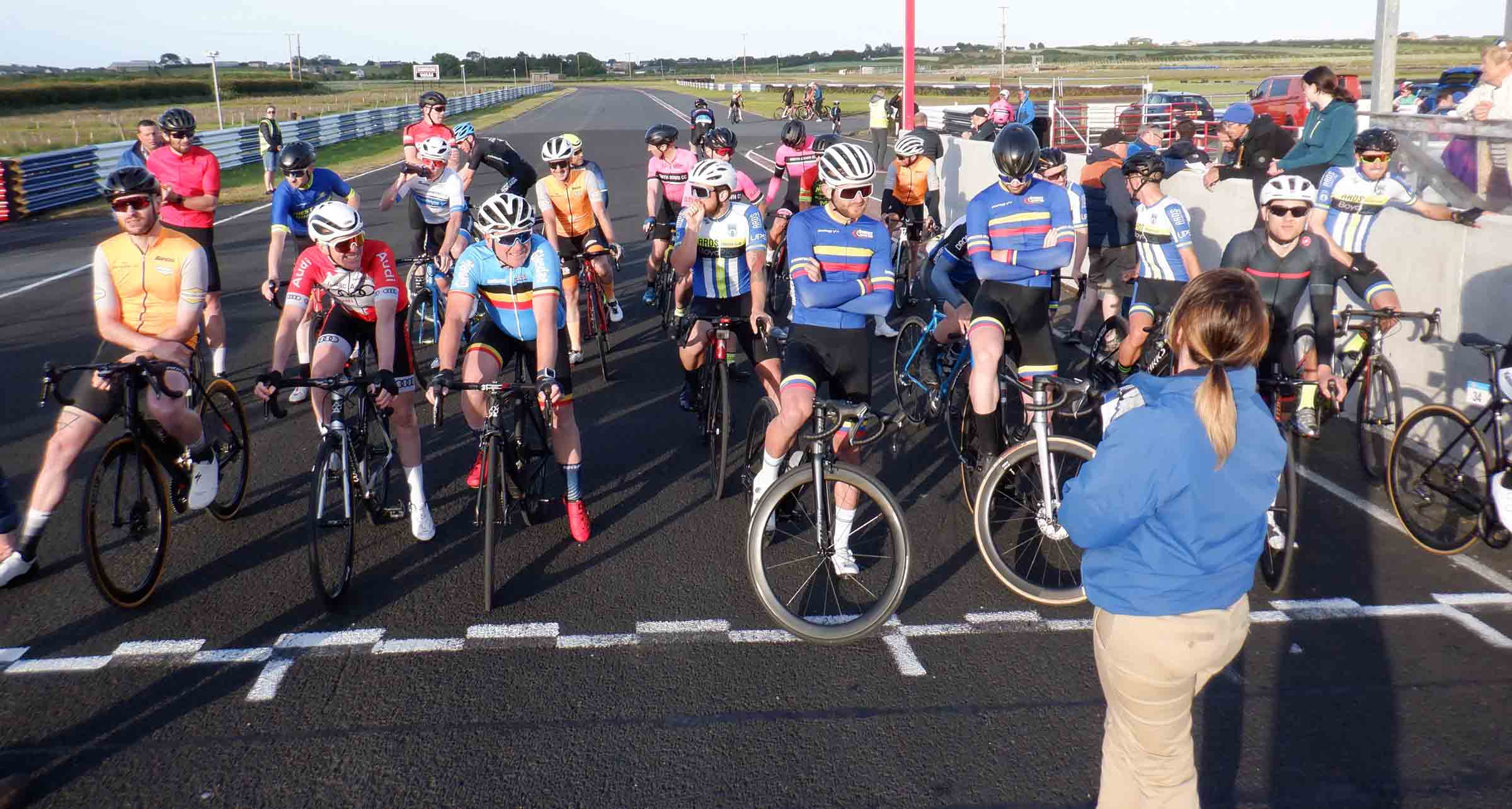 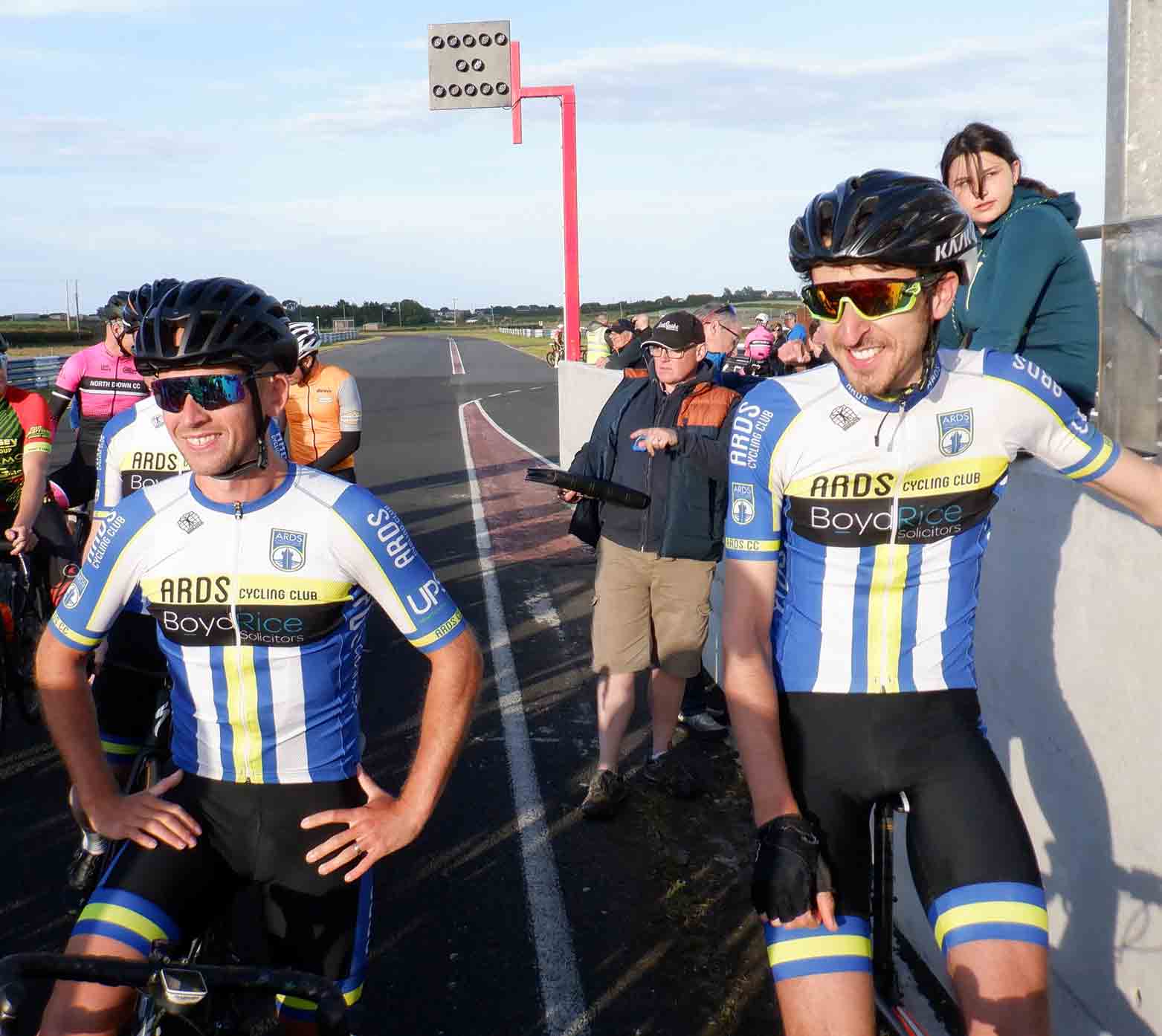 The Ards riders were in good form at the start. Stuart Miller (right) was in the first serious looking break of the evening. 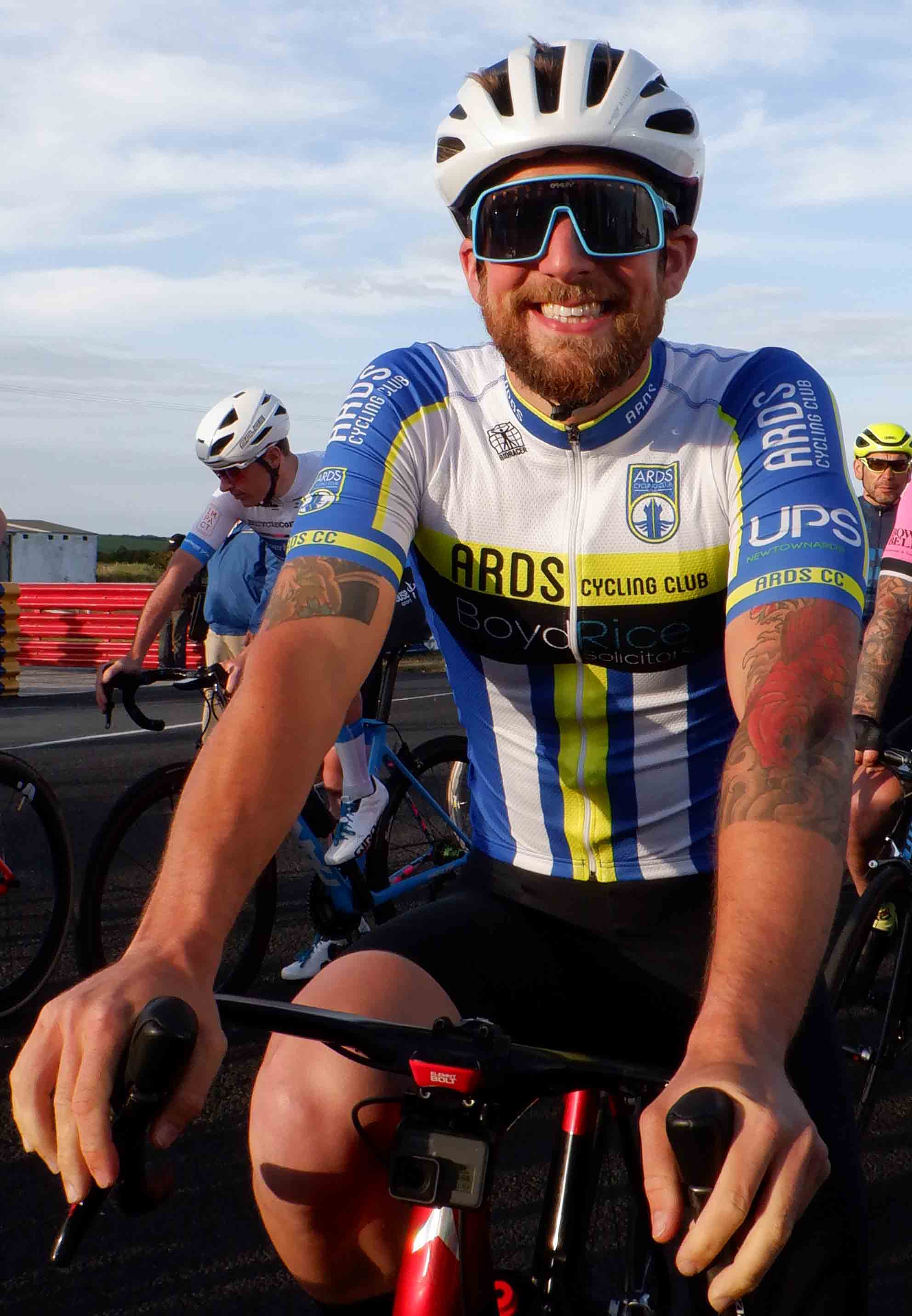 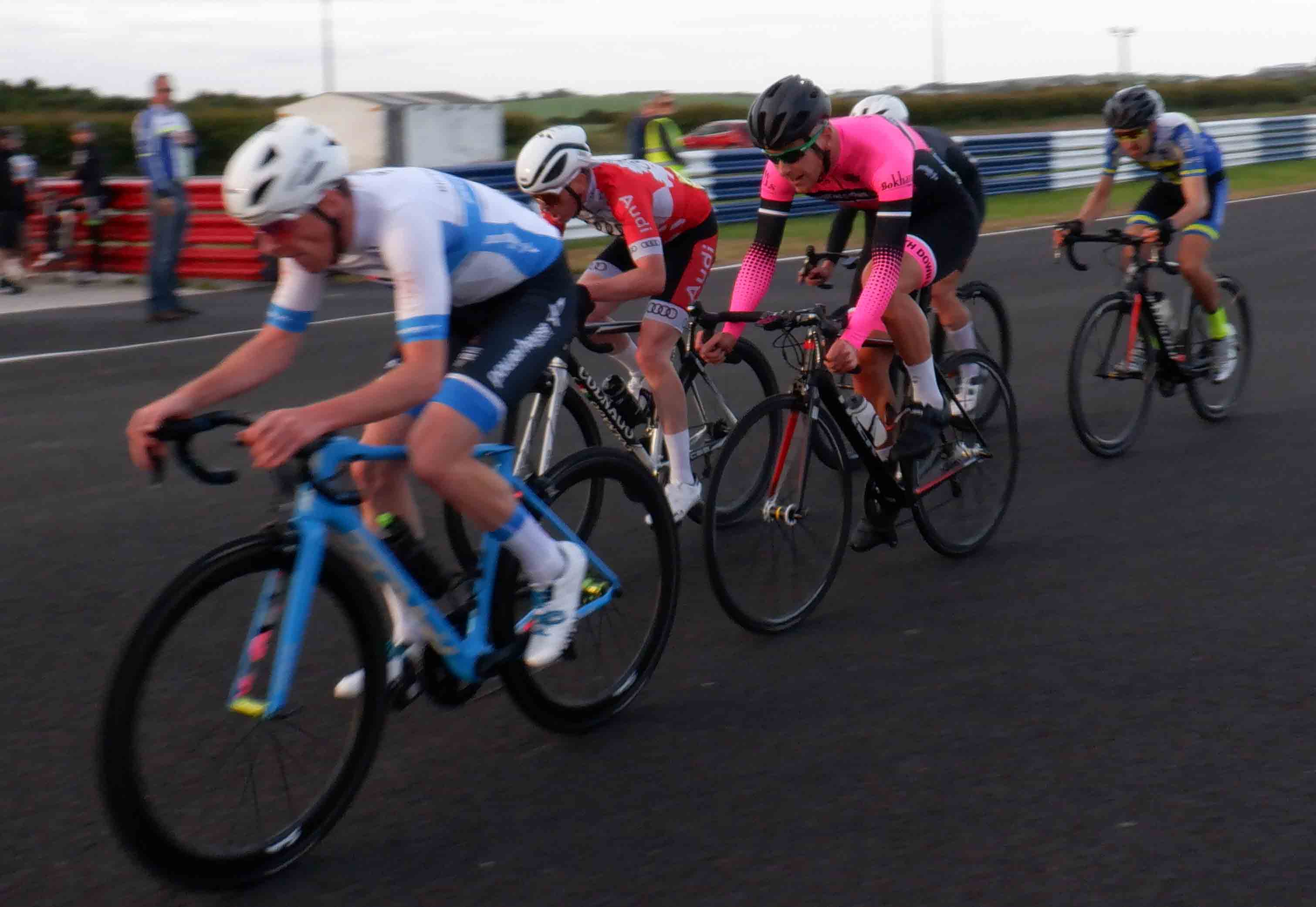 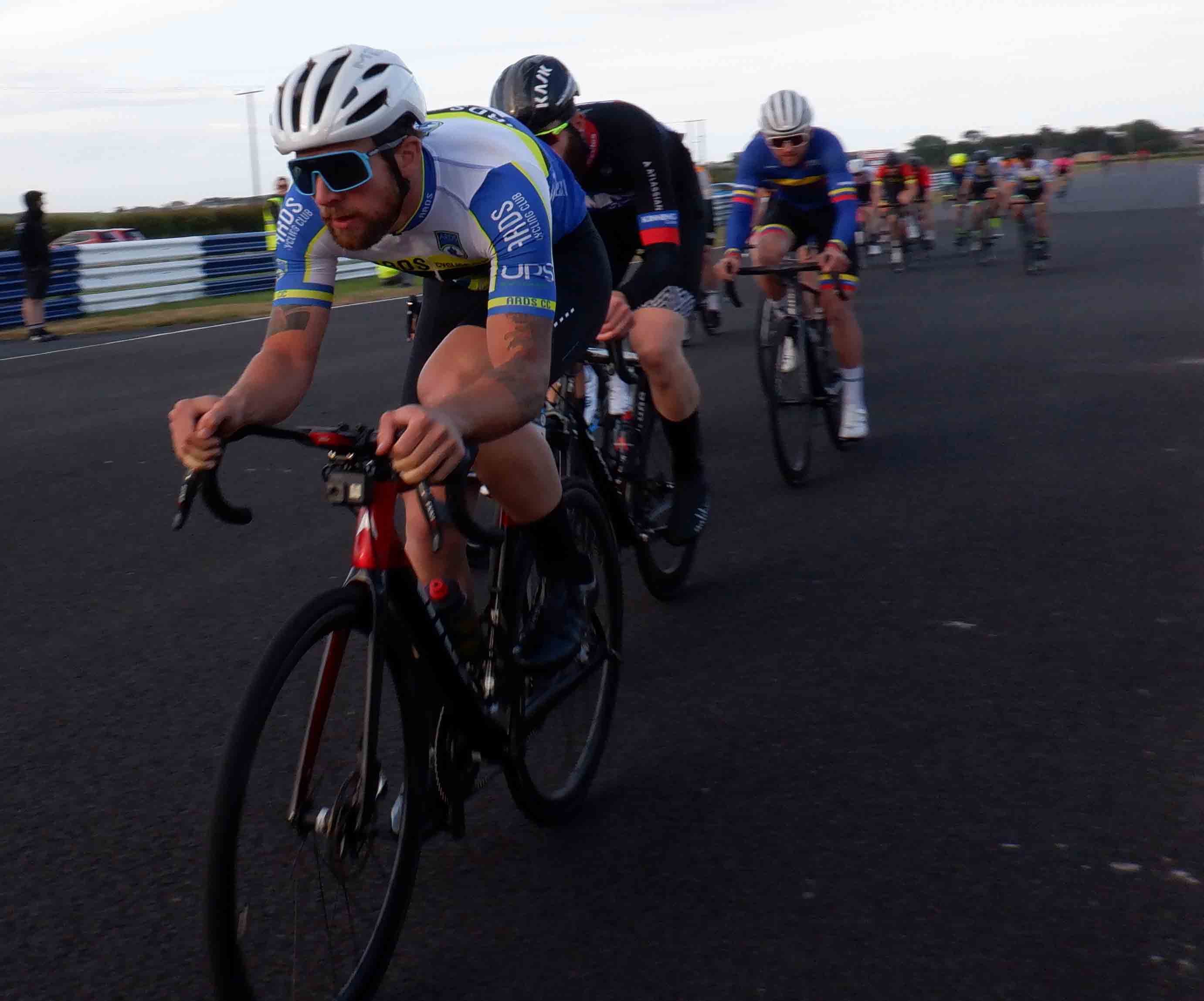 As one break was caught, another one would go… 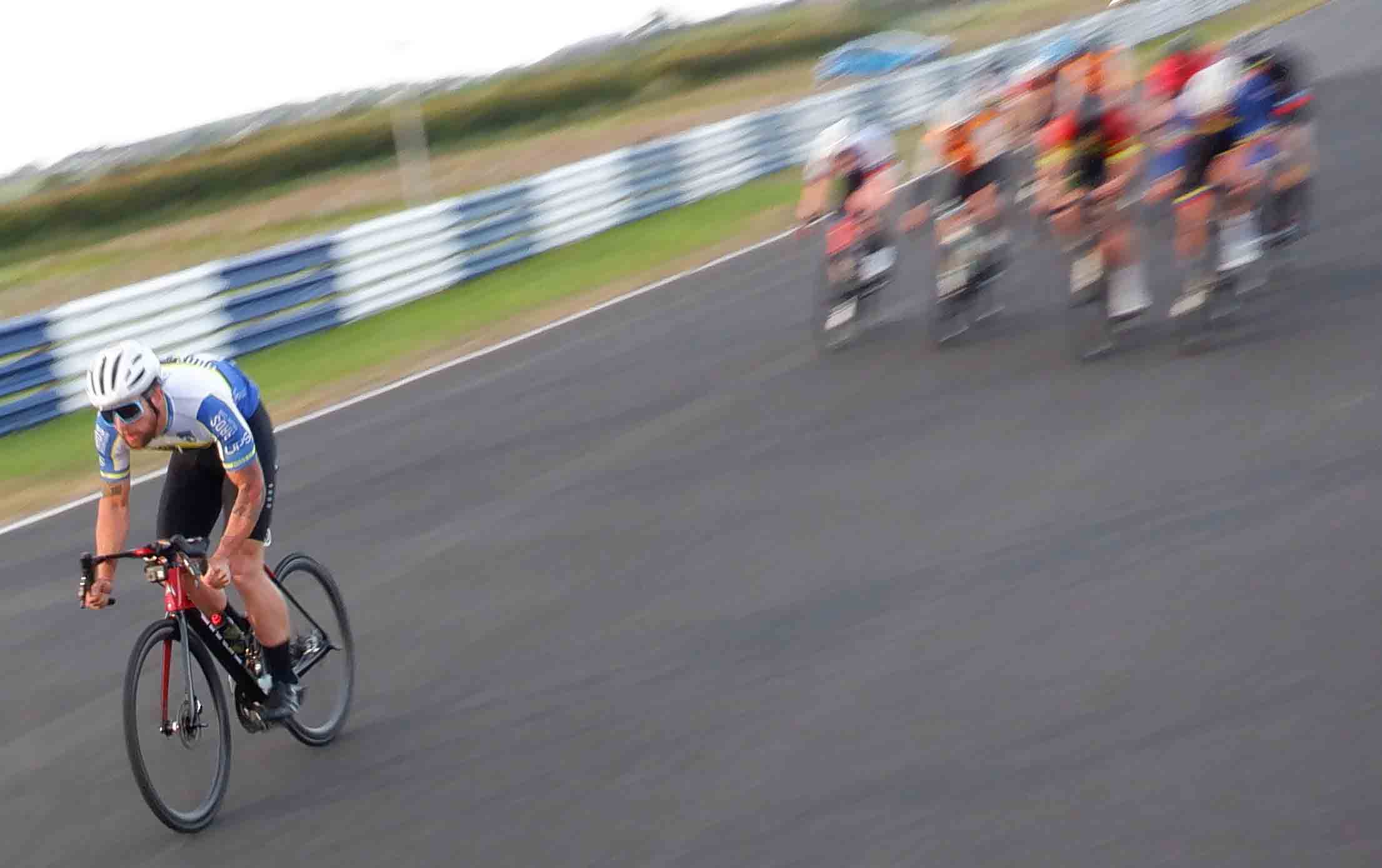 Peter was one of the key animators. 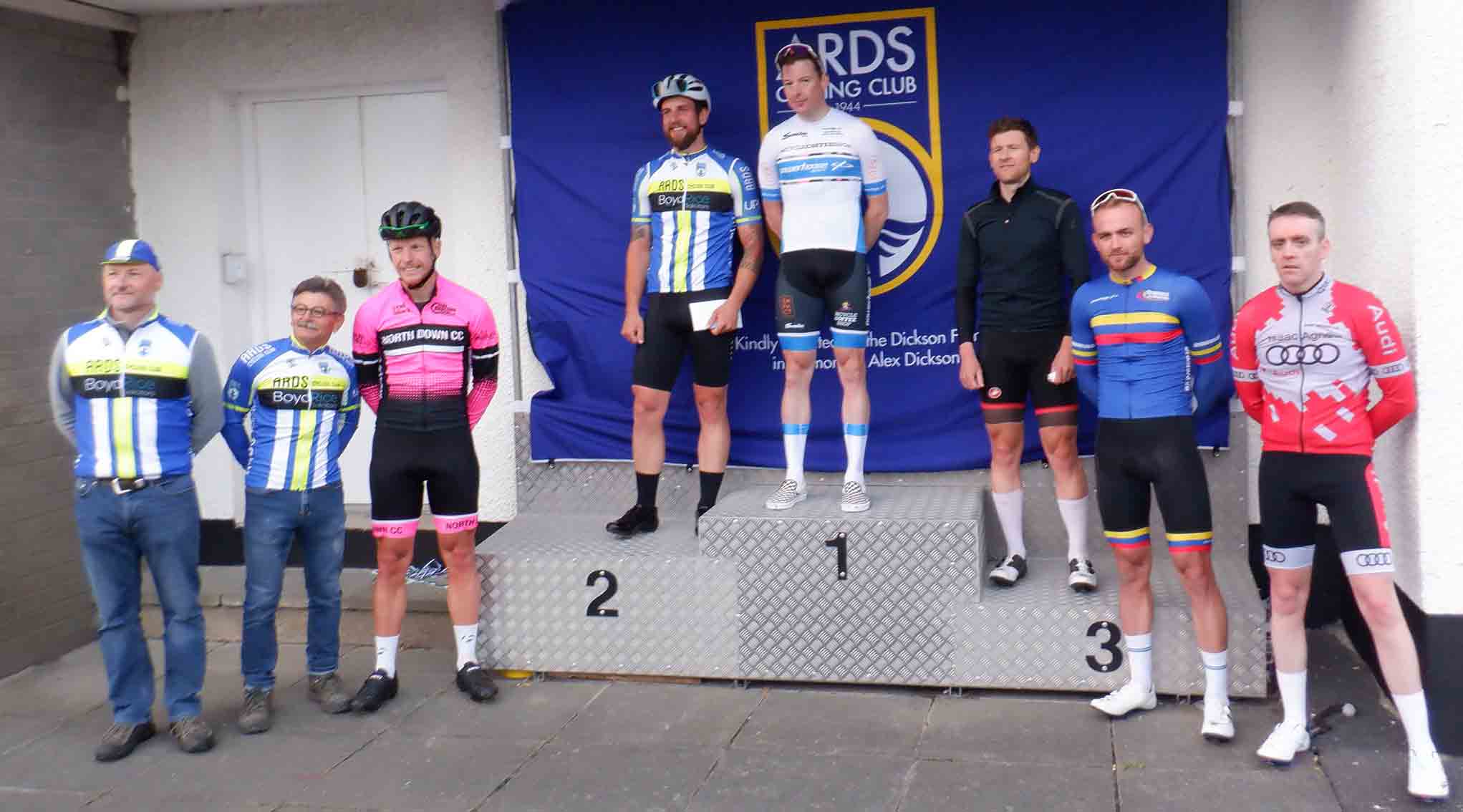 Thanks as always to everyone who made the race possible – 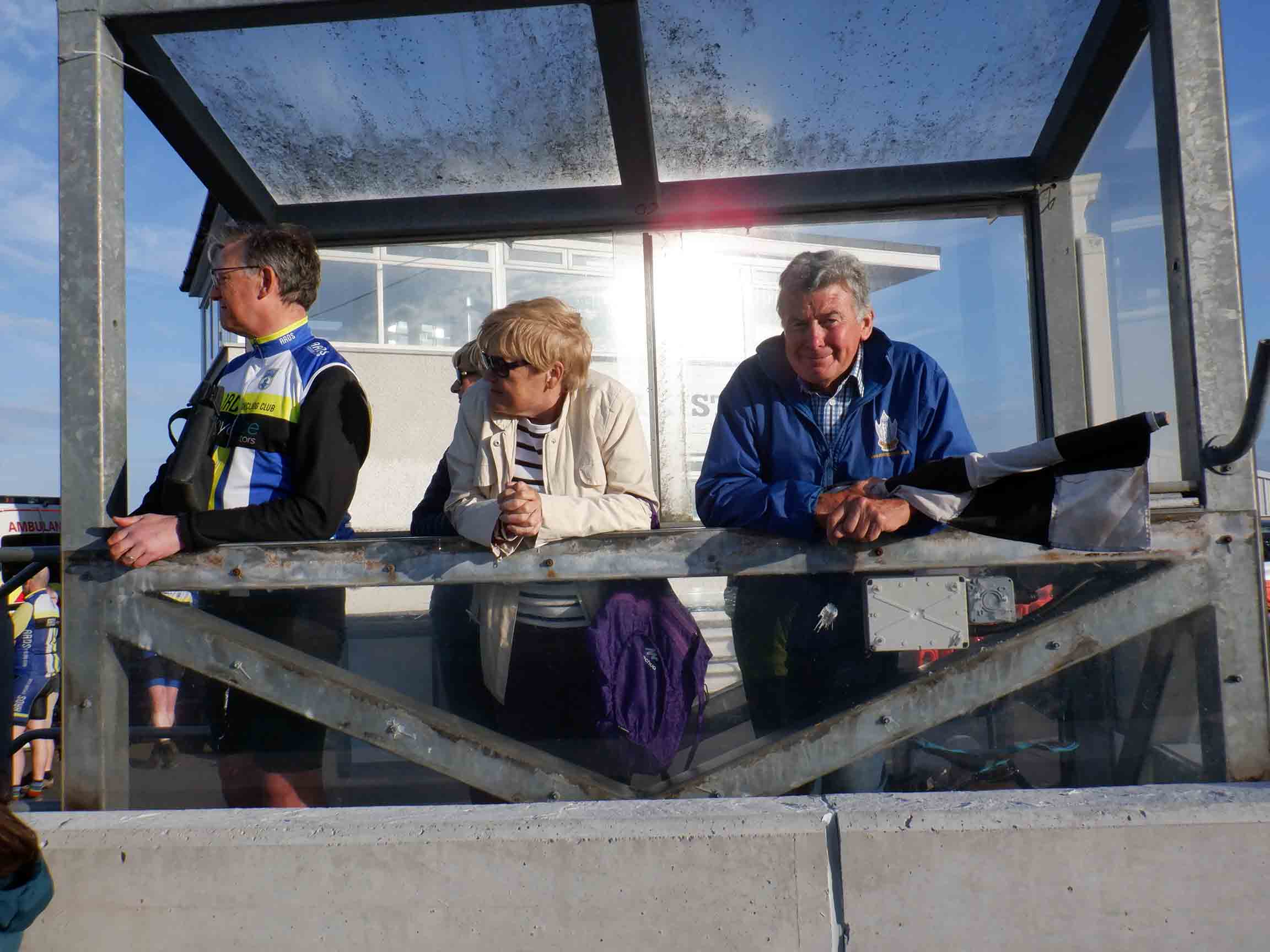