Following the recent clarification from Cycling Ulster, our club time trial planned for next Tuesday (13th April) will not be going ahead. We’re expecting some further clarification later in the week, and hopefully we will be starting club races soon.

While we’re waiting, we’ve found a couple of “this week in history” items from the club archives. 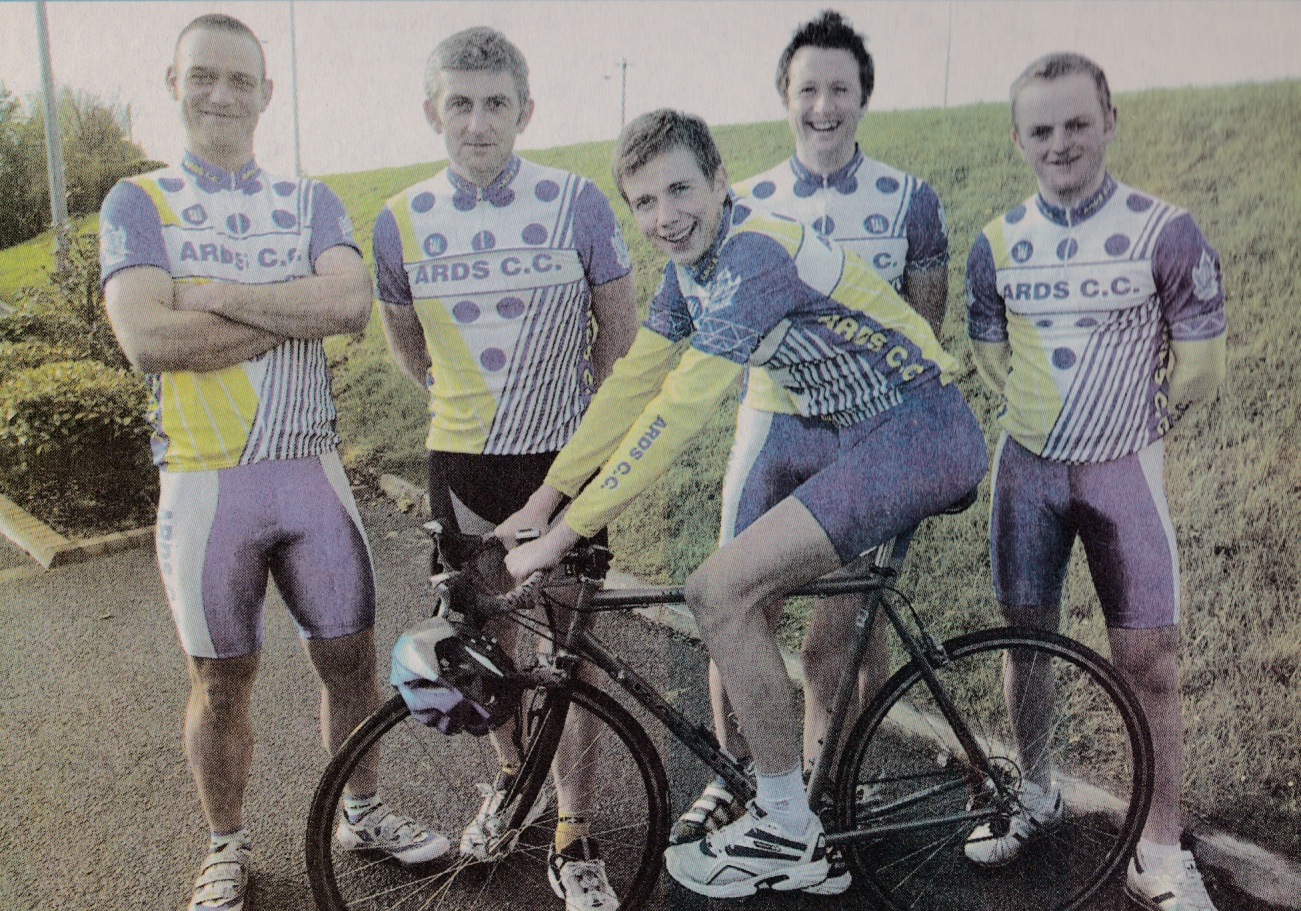 From the left, Mal McKechnie, Lennie Kirk, Michael Mulvenna, Ross Blayney and Peter Gilmore. It is great to see Ross now taking a leading role in Team Ulster Zwifters and helping to run this year’s event.

And Chris White shared the start sheet from the second edition of the Champion of Champions 25 mile time trial, which took place 30 years ago this week. 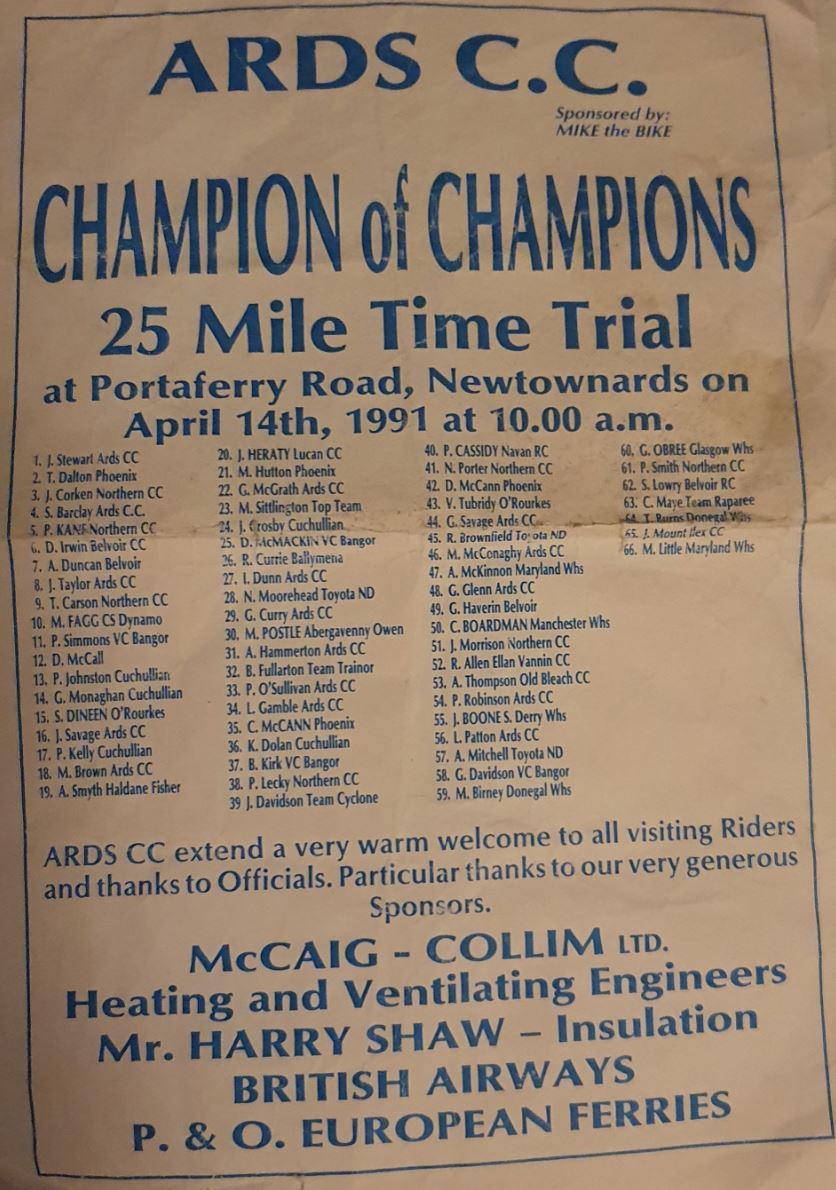 After his victory in 1990, Graeme Obree was the top seed at no. 60. Chris Boardman was second seed at no. 50, with Irish champion and record holder Philip Cassidy at no. 40 and Welsh 25 champion Matthew Postle at no. 30. There are also 16 Ards riders in the list – surely a record for an open 25 mile time trial.

On a windy morning, Phil set the early standard with 54:35. Chris smashed that, and broke the Irish all comers record with 52:05. And Graeme finished with 53:05. It was one win apiece…