<Some photos by Bobby Magreechan added below. Other photos have been uploaded to facebook, and there are other reports on Belgian Project and Sticky Bottle.

Also, due to the new safety islands in the road near the start/finish, we had to move the start/finish and the turn slightly at short notice. It looks like the course ended up about a tenth of a mile short. Sorry about that. Thanks to those who shared their recordings. We’ll get it measured properly for next year. >

There may have been less socialising than usual at this year’s Christmas time trial, but there were some very fast times at the pointy end of the field. Ian Inglis (Kinning), winner for the last 5 years, was determined to beat Ryan Connor’s long standing event record of 21:55. He recorded a very impressive 21:19, only to be beaten by eight seconds by Peter McLean (Ards CC).

Alan Patterson (Ards CC) rounded out the podium with 22:32 – a time that would have been good enough for the win in most years. 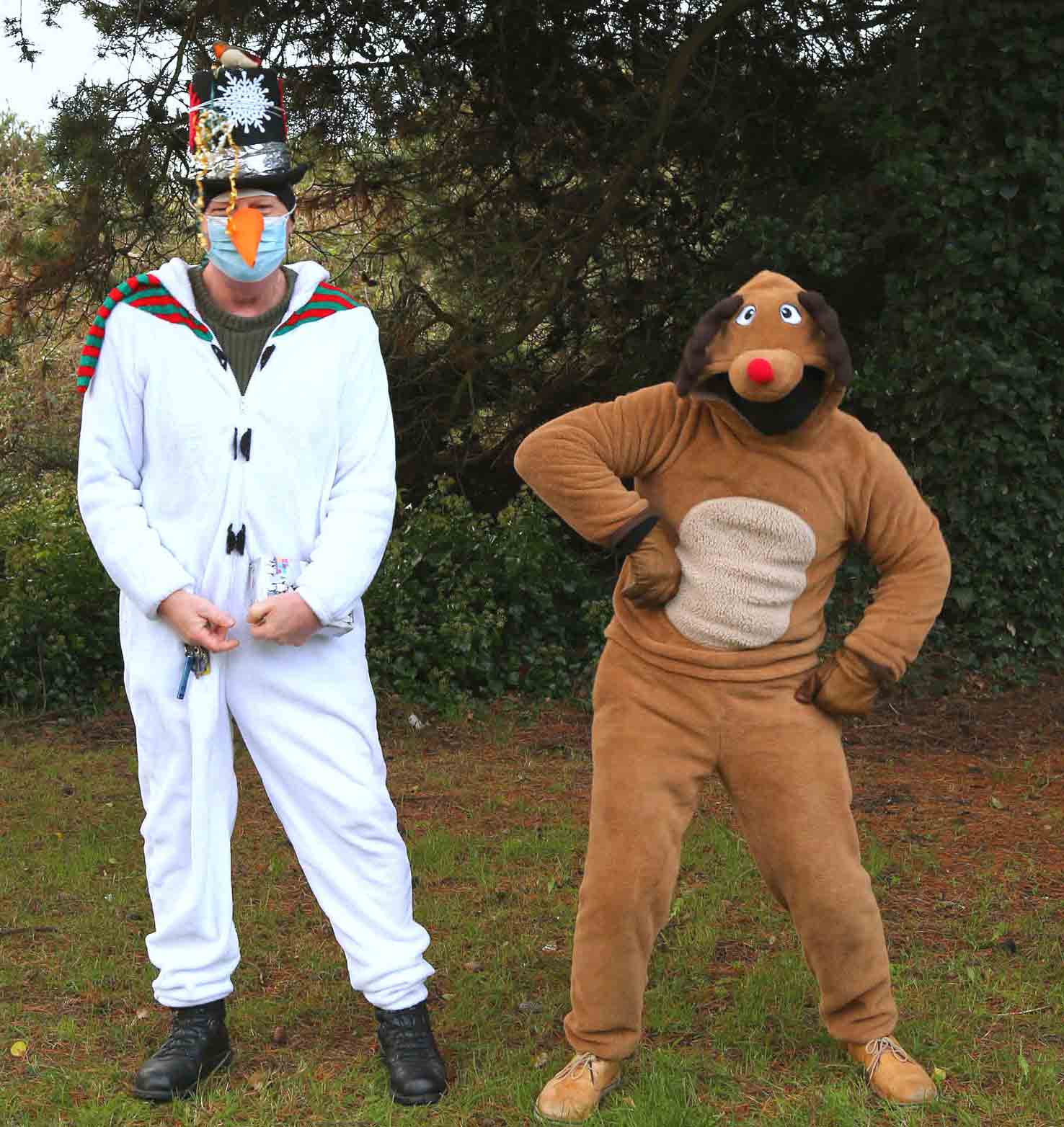 Thanks to the club for going ahead with a well run and socially distanced event, maintaining a tradition that now stretches back 40 years. And thanks to the marshals and time keeper. And it was encouraging to see some club members out on the course spectating, including Bobby Magreechan, Lindsay Gamble, Paul Robinson, Linda Hutchinson and Desi McIlwrath. 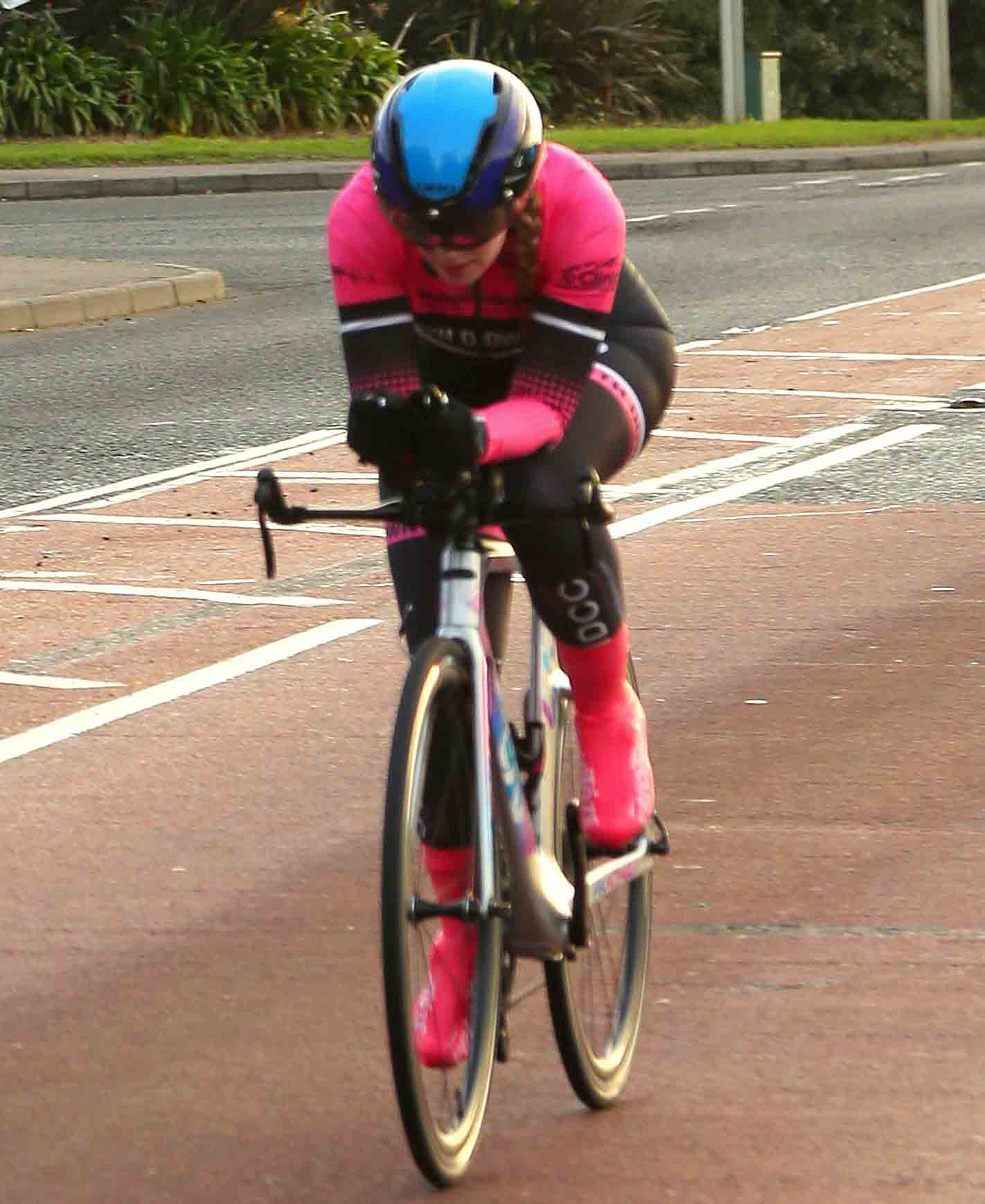 Our next big event is the Tour of Ards, which is pencilled into the draft Irish Calendar for Saturday 20th March. Stay safe out there over the next few weeks, and hopefully we’ll be out riding together again in the not too distant future. 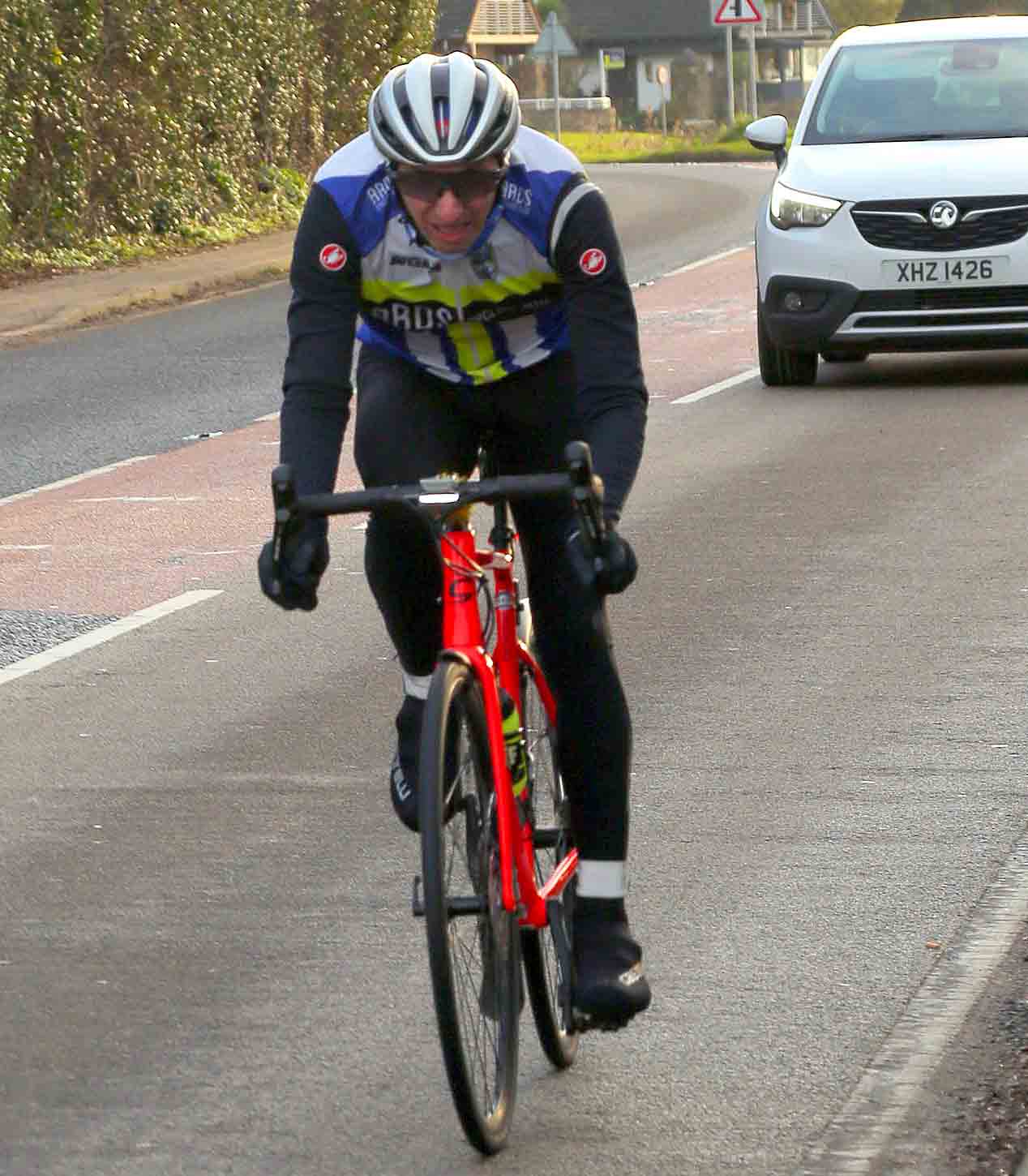 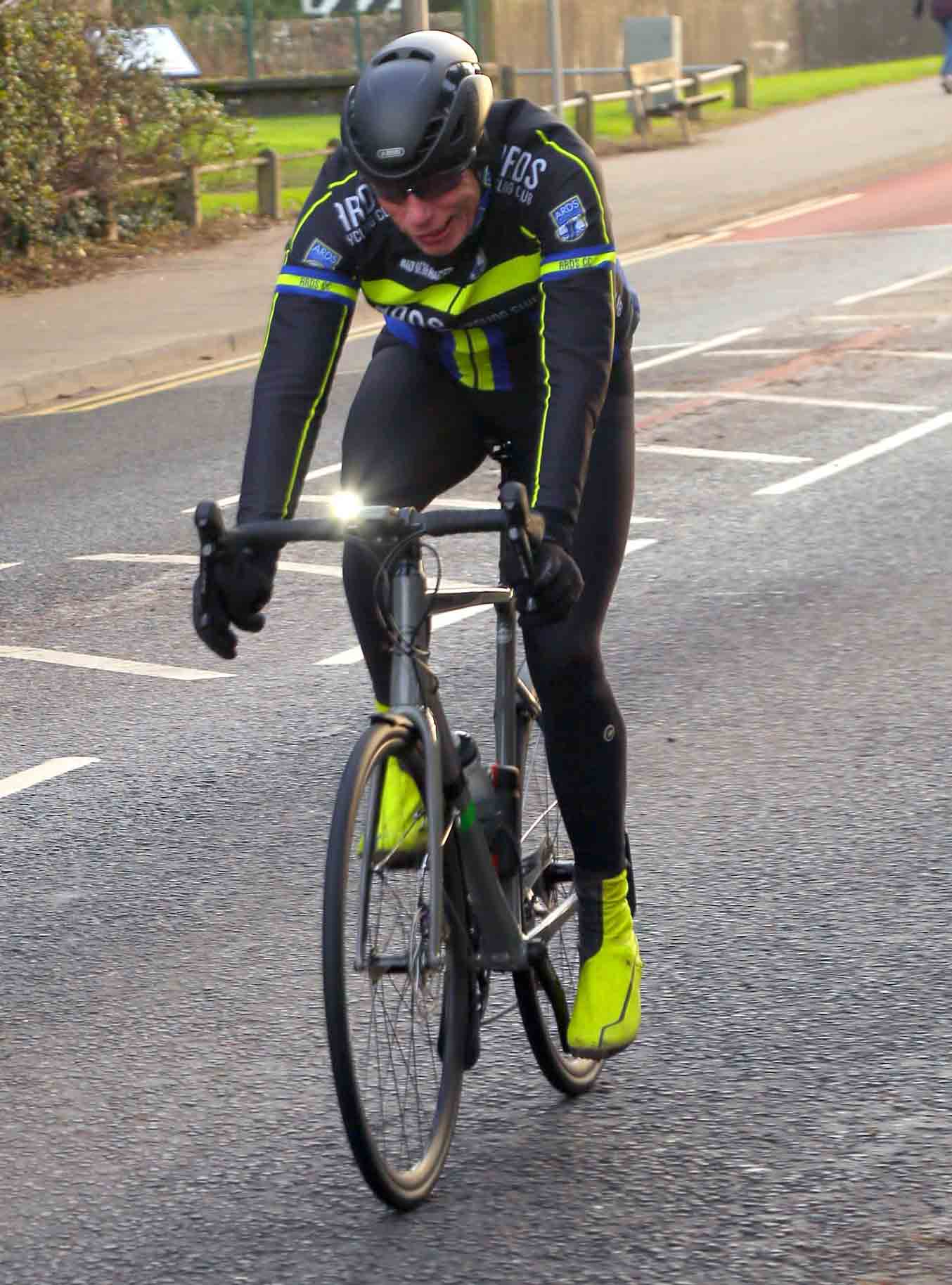 William Orr. Good to see some winter bikes out as well as the racing steads 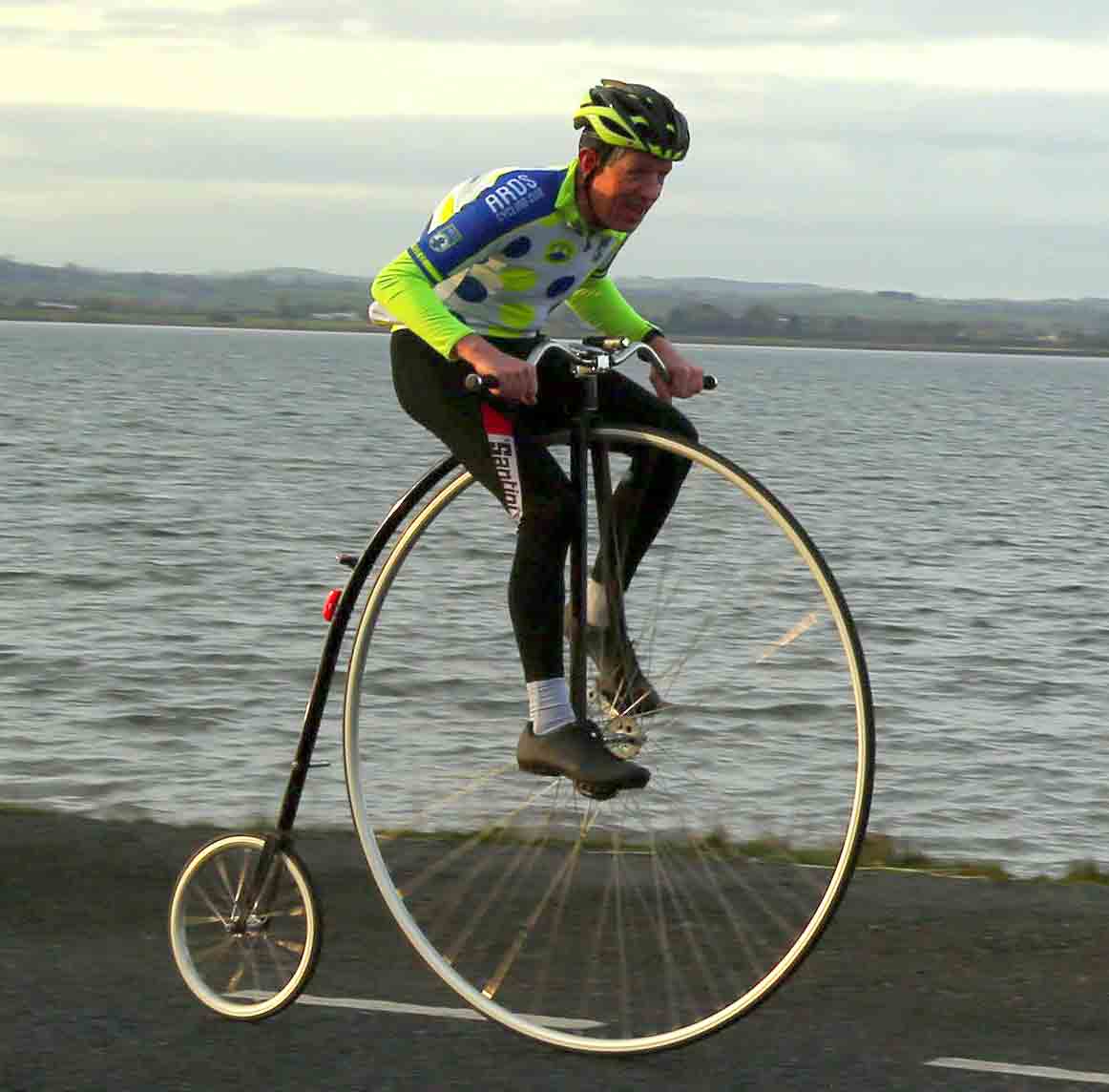