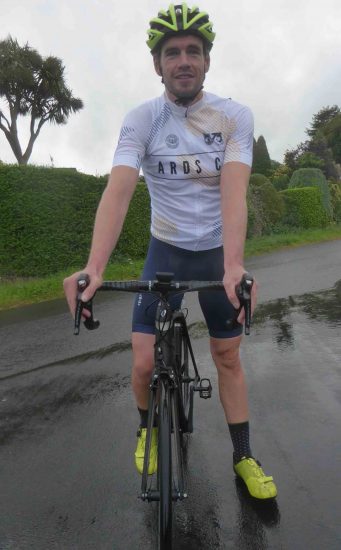 Barry at the start. The blurriness is caused by “cold rider shake” rather than “camera shake”.

The final club race of the season took place this evening at Scrobo. Unfortunately “peak rain” seemed to happen during the short race, but five riders braved the wet conditions and any shivers on the start line soon disappeared as the road reared upwards.

Fastest on the night was Barry Mitchell with 5:50, getting the better of Andrew Jess on 6:30.

It was great to see the two older Rocket brothers competing. Karl recorded an impressive 7:07, and Jamie put in a strong final 100m to avoid being caught by Colin Wilson. Hopefully we’ll see them, and other younger riders, competing in more of our club races next year. If you’ve any ideas on how to make our club races more suitable and appealing to young riders (and anyone new to racing), let us know – hopefully we’ll have a good debate about this at the club AGM, and put together an even better club calendar for next year.

Thanks as always to the marshals and time keepers. 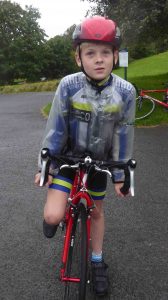 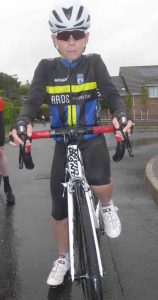