It was a busy weekend for Ards CC. Over 50 riders turned out on Saturday morning for the club run in memory of Colin Watson, raising a whisker under £600 for Marie Curie. The club rounded this up to £700.

And the club also had a team in the Newry 3-day over the weekend. Gareth Murray, Robin Wilson and Ricky Topping (a late replacement for Andrew Hedley) tackled one of the toughest Newry 3-day courses in recent memory. Friday evening’s opening stage had to be neutralised after a serious traffic accident. But Saturday’s stage was an epic 80 miles in the Mournes, finishing atop Rathfriland. Ricky was top A3 on the stage, taking the jersey and successfully defending it on Sunday’s stage. 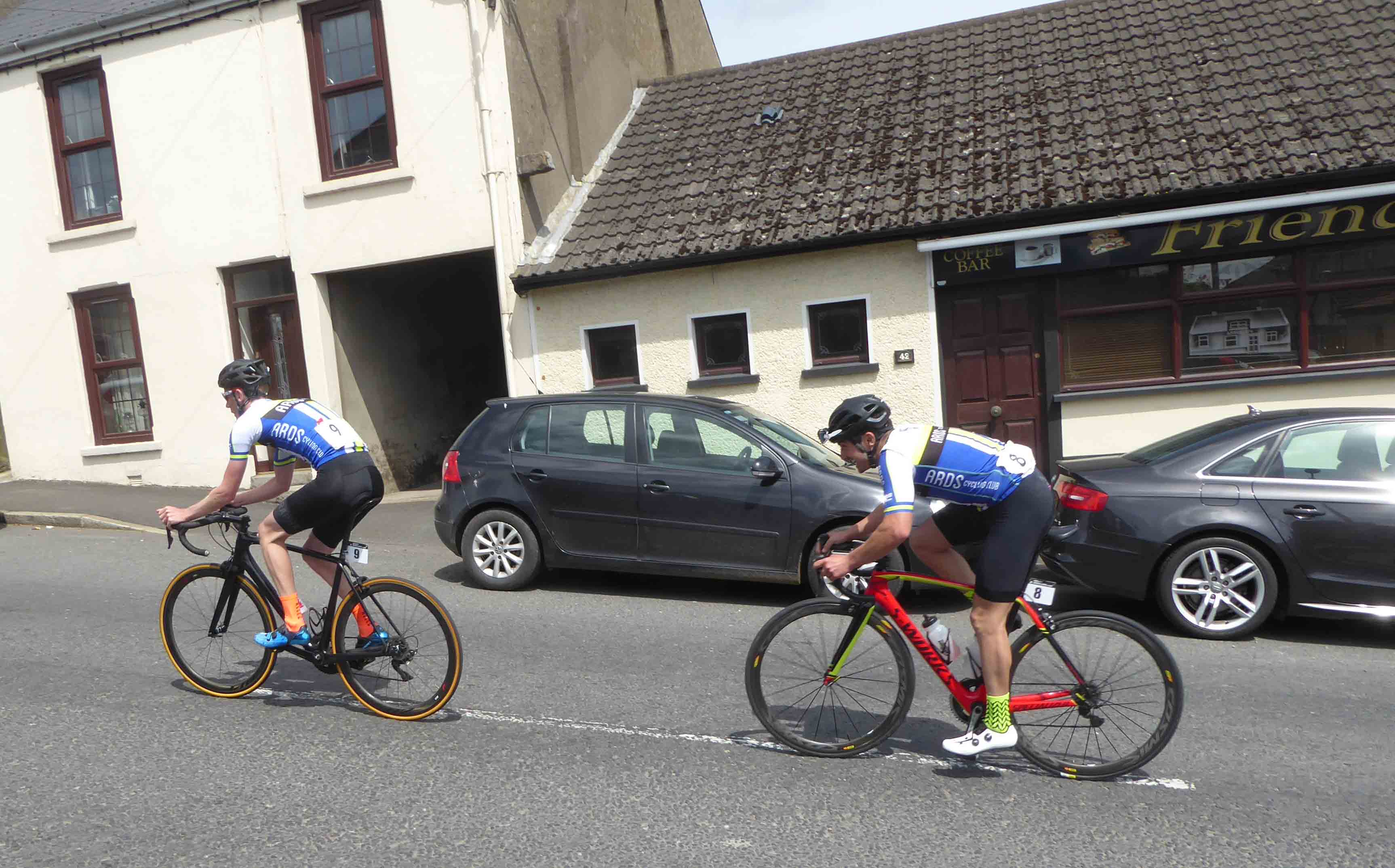 Gareth riding clear of the bunch on the climb to the finish, with Ricky glued to his wheel. They finished an excellent 22nd and 23rd on the stage. 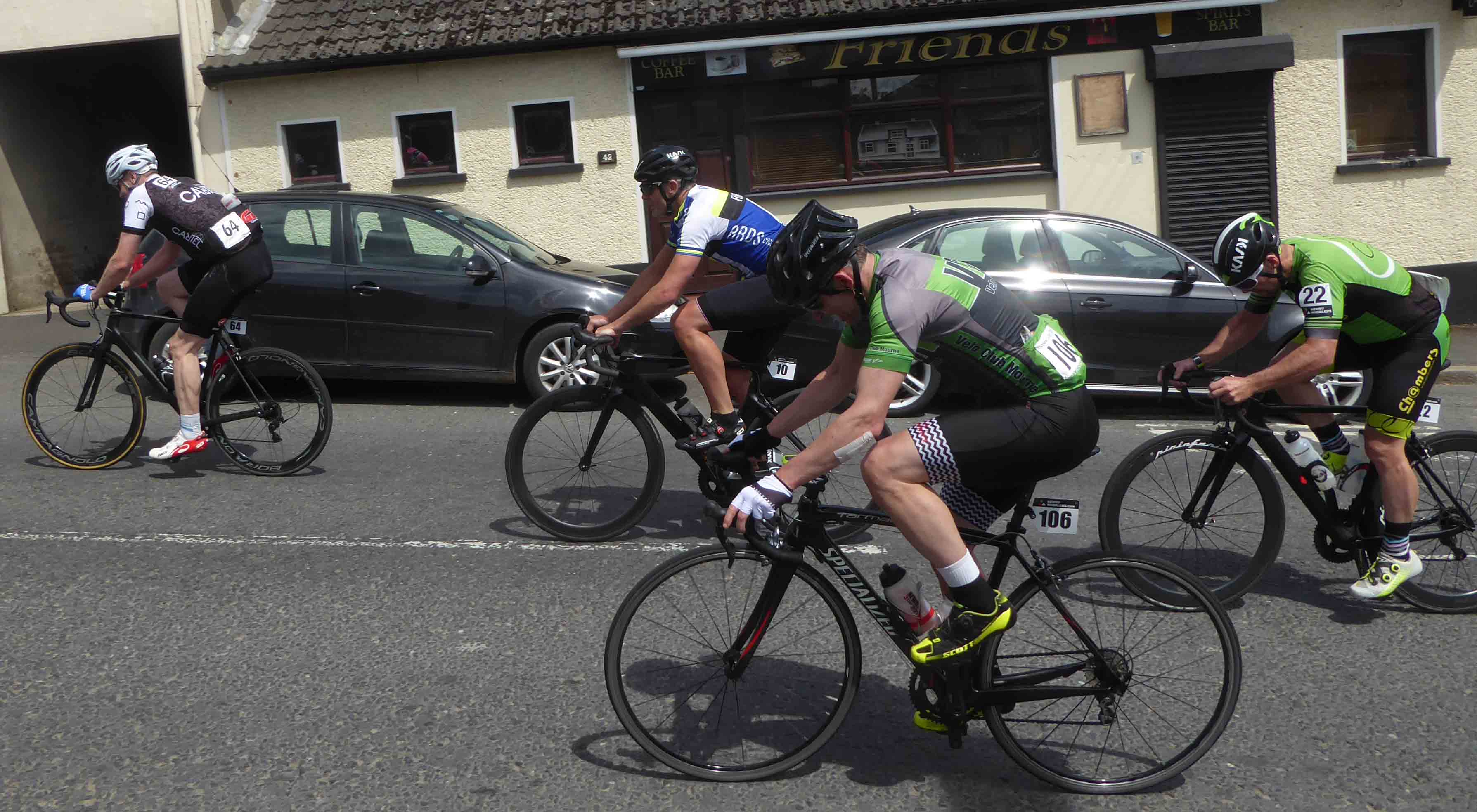 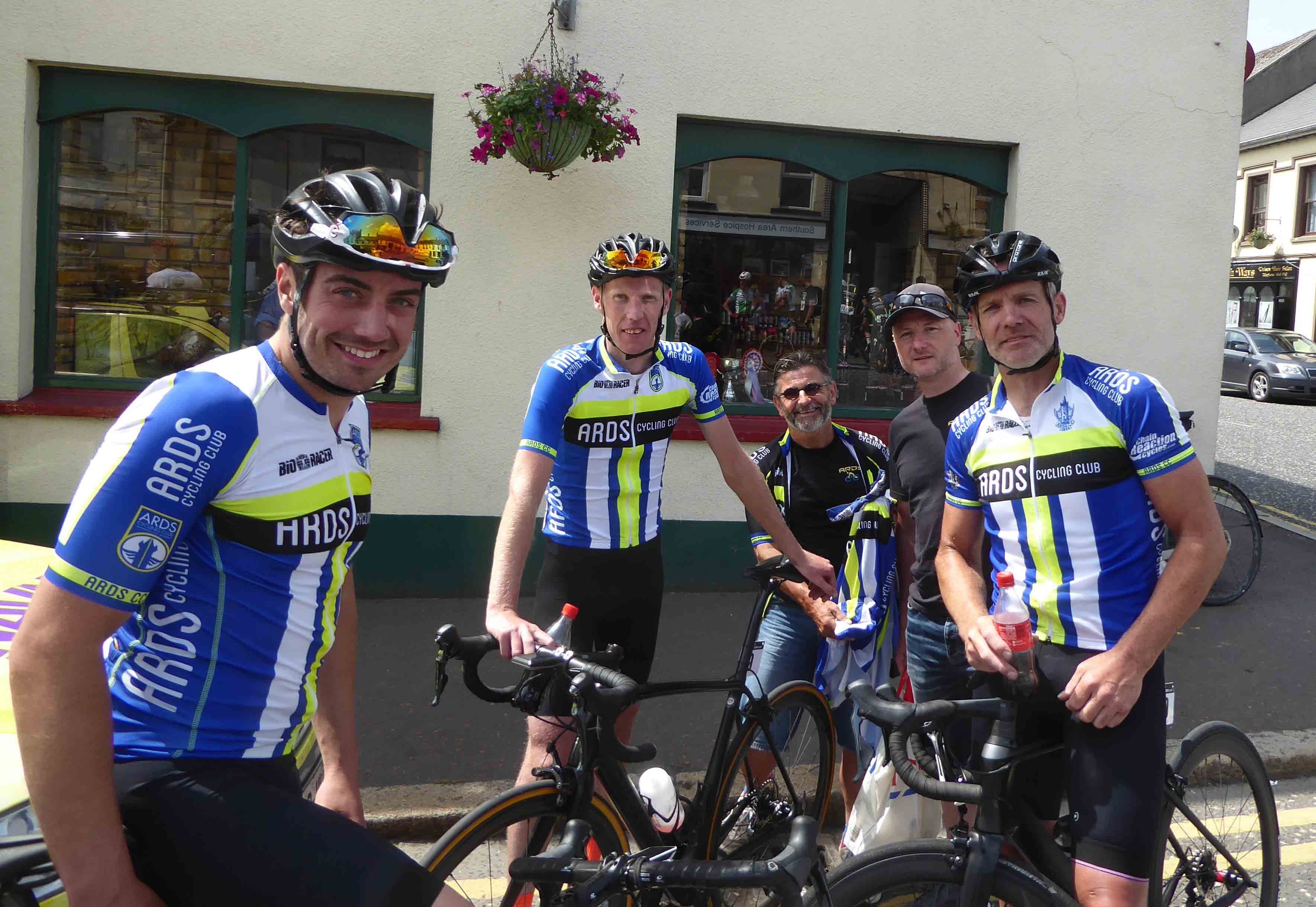 The riders with Darren and James at the finish of stage 2. Thanks to the guys for helping out, and to our club sponsors for supporting the team.