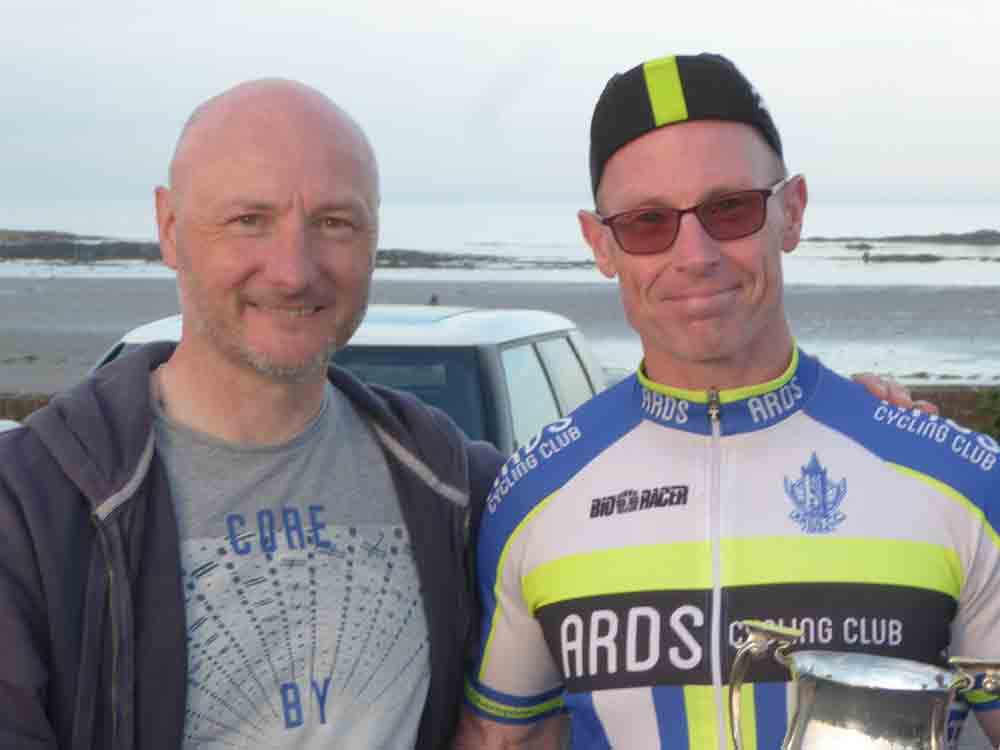 The Magreechan Cup moved from its traditional Newtownards – Portaferry route to a new course from Millisle to Ballyhalbert and back this year. The move was certainly popular with riders, with 23 signing on. Fastest on the night, once again, was Adam Skeet (Northern), followed by John Rafferty (Ards CC) and Keith Philips (North Down). Fastest lady was Gillian Orr (North Down). Ivan Robinson, in his first club race of the season, was fastest unplaced Ards rider. 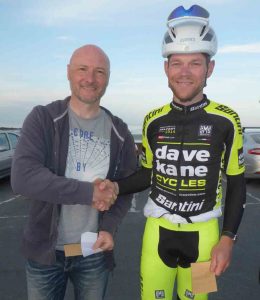 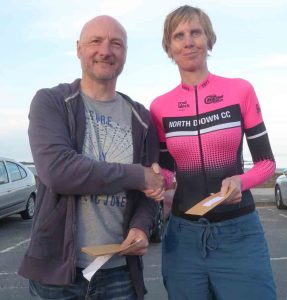 Thanks as always to the marshals and time keepers. And a special thanks to club president Bobby Magreechan, who presented the cup to the club in 1986 and has been sponsoring this race ever since. 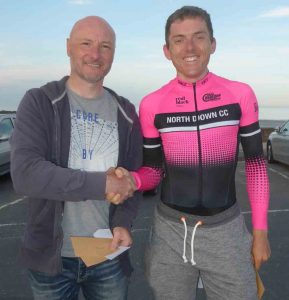 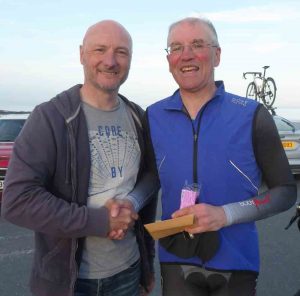