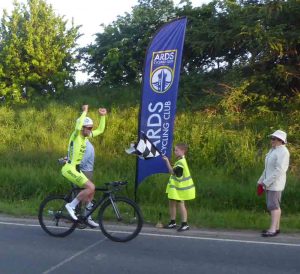 Adam Skeet has time to raise his arms

Conditions were just about perfect for this evening’s club road race over 5 laps of the Orlock circuit. The handicappers split the riders into four groups, separated by 3, 2 and 3 minutes, and this worked well – the first two groups merged on the third lap, scratch caught the 3rd group on the fourth lap, and the whole race came together early on the final lap.

Fortunately for the judges the riders were well strung out on the ramp up to the finish, and it was Adam Skeet (Northern) who once again took the win. Next was Ricky Topping (Ards), who just got the better of Ian Inglis (Black Rose), followed by Andrew Chivers (North Down), Luke Joyce (Kinning) and Andrew Hedley (Ards). In the battle for the Ards CC handicap road race trophy, Ricky now has a big lead, but with four races to go, and only a riders best four results counting, there is still all to play for.

There was a great turnout of marshals tonight – thanks to them and to the lead motorcyclist, judges, timekeepers, bell ringer and flag waver. We couldn’t have done it without you.

Finally, a reminder that next week’s race is the Magreechan Cup on the new (shorter) Millisle-Ballyhalbert course. See you there! 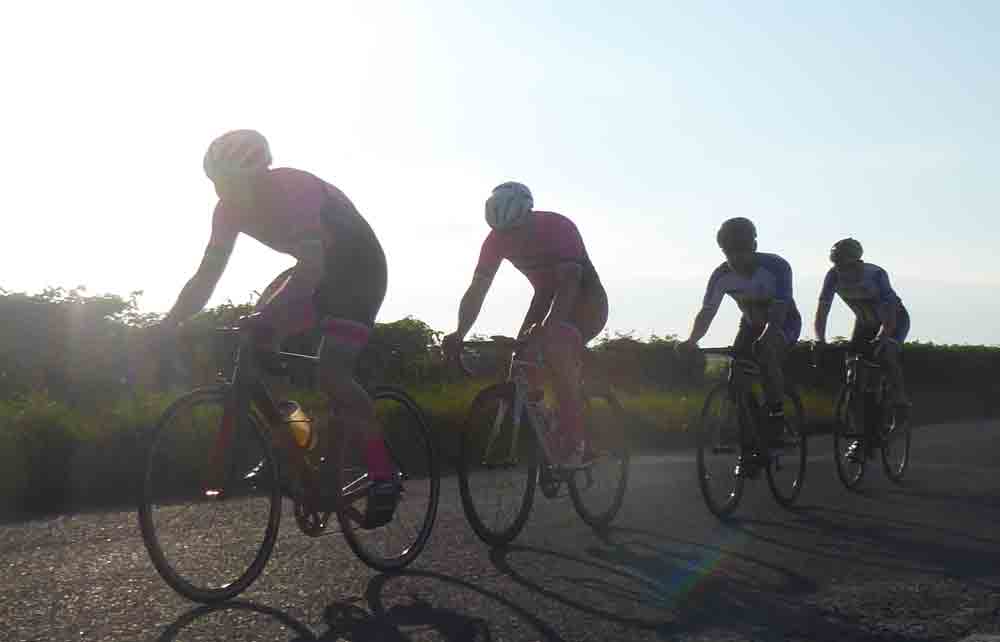 The small third group worked well together, but couldn’t hold off the larger scratch bunch behind

Andrew Chivers just gets the better of Luke Joyce for fourth