There is some talk now that club racing could re-start later in the summer, but it is not going to happen soon enough to save a classic event on Ards CC’s club calendar – the Magreechan Cup which was scheduled for this evening. 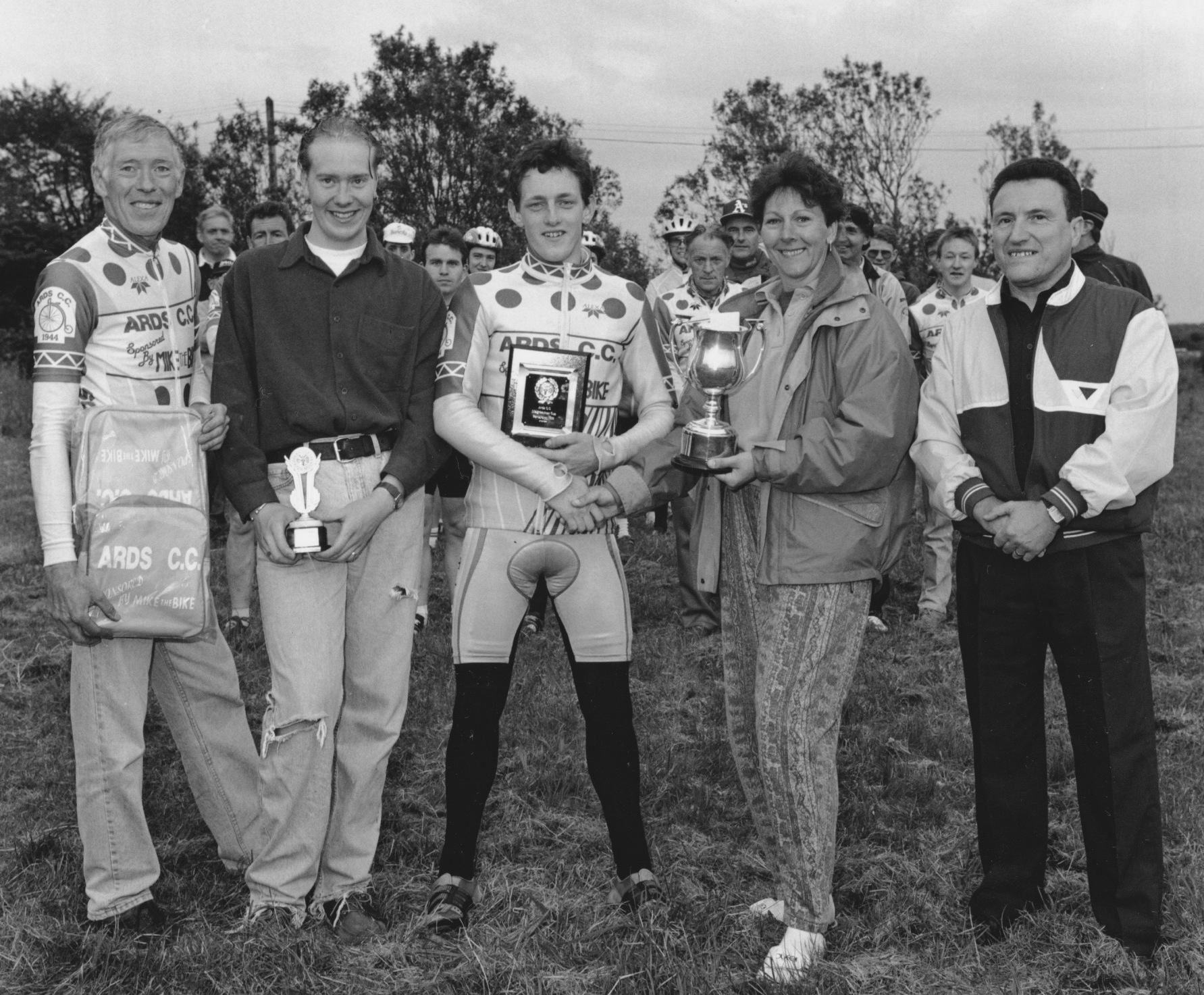 Mark Brown won in 1993. Also in the picture are fastest vet Gary McGrath (left, fastest visitor Paul Kane (second left), Pauline Strong (?) (top English rider on holiday) and Bobby. And in the background you can see some of the other competitors, including the time trialling star Billy Hudson (behind Pauline’s left shoulder).

Bobby Magreechan was chairman of the club for nearly two decades, and more recently was club president. He presented the Portaferry Cup (aka Magreechan Cup) to the club in 1986 for a time trial from Newtownards to Portaferry and back – a distance of 35 miles. Over the years many of the club’s strongest riders have risen to the challenge, and there is an impressive list of winners (see below).

Irish Triathlon champion Tom Heaney won in 1987, setting the course record. Unfortunately we don’t have a complete set of club results to confirm if this record still stands. 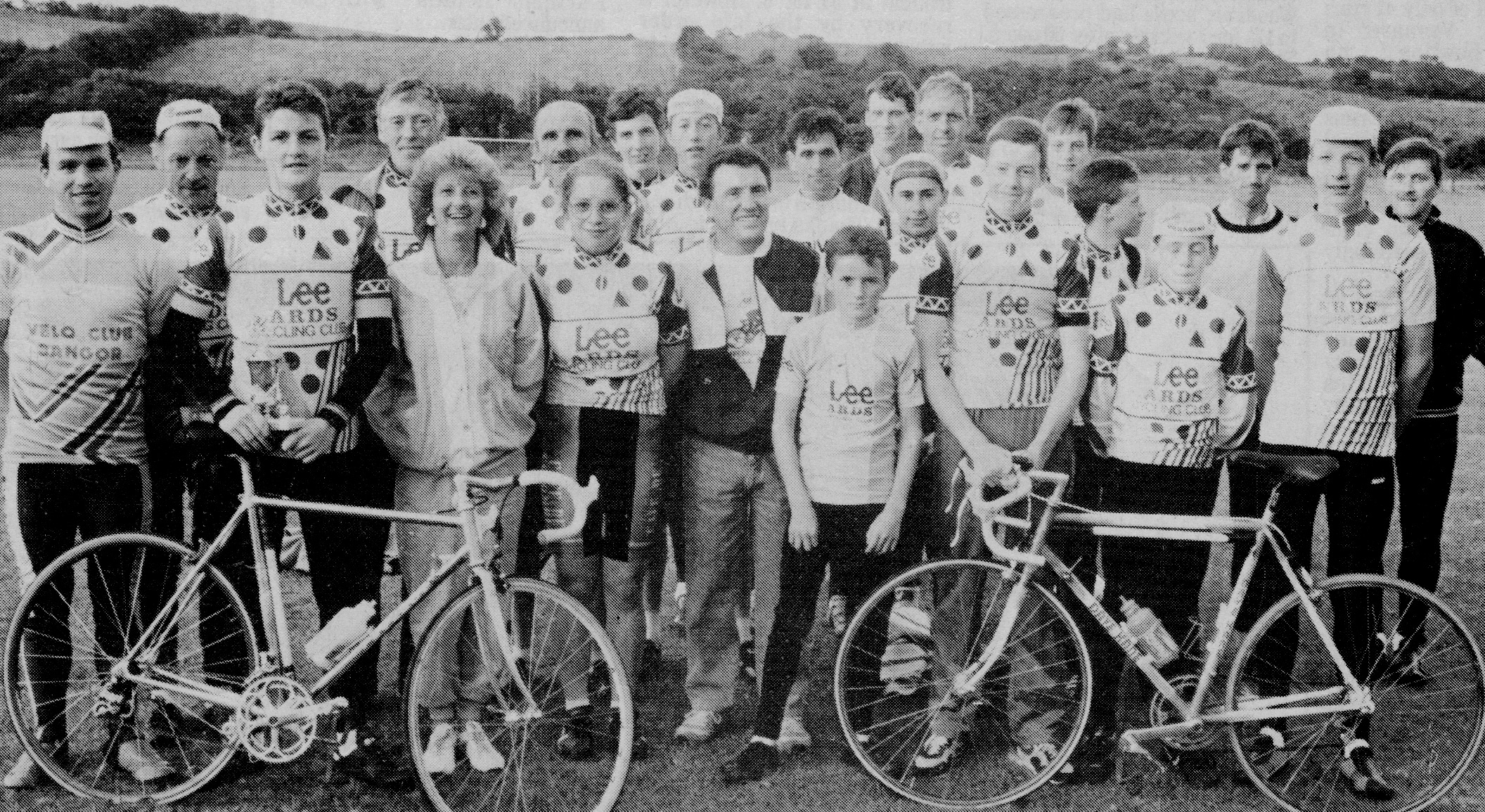 Brendan Kirk (third from left) won in 1989, and his young nephew Kirk Sloan (on Bobby’s left) was fastest under-12 in the supporting 10 mile time trial with a time of 30:37. He was obviously inspired by the experience and went on the win the main senior event six times.

Unfortunately increasing traffic on the Portaferry Road, and dropping interest in longer time trials, forced the club to move the race to a shorter, quieter route from Millisle to Ballyhalbert and back in 2018. But the idea of place to place time trials still grabs the imagination. Hopefully we’ll see this inspirational event thrive going forward. And hopefully we’ll see Bobby back again next year to present the famous trophy. 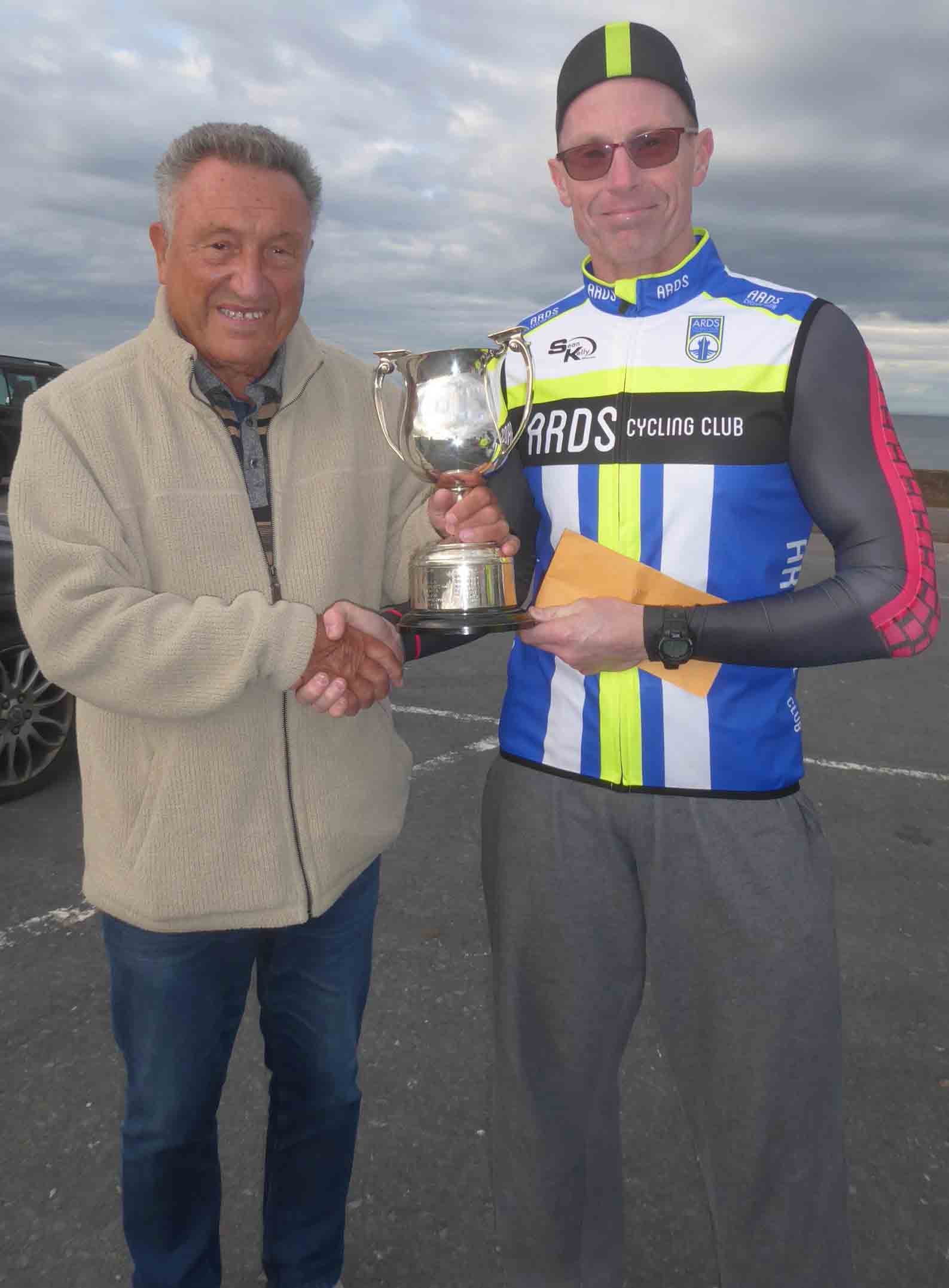 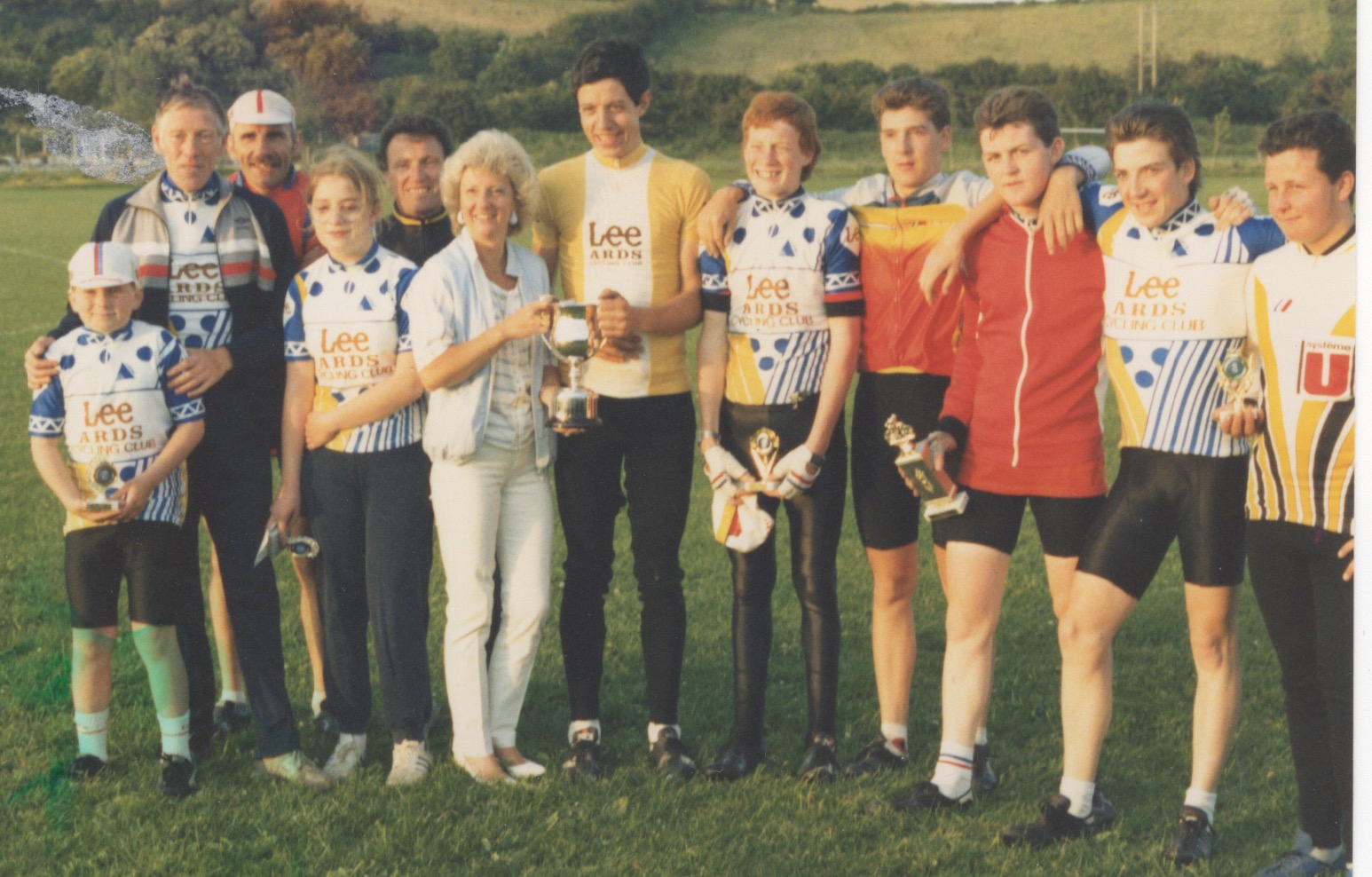 Some of the prize winners from the 1988 edition. Second right is Lee Hedley and 4th right is Mark Hedley – father and uncle of current member Andrew Hedley.