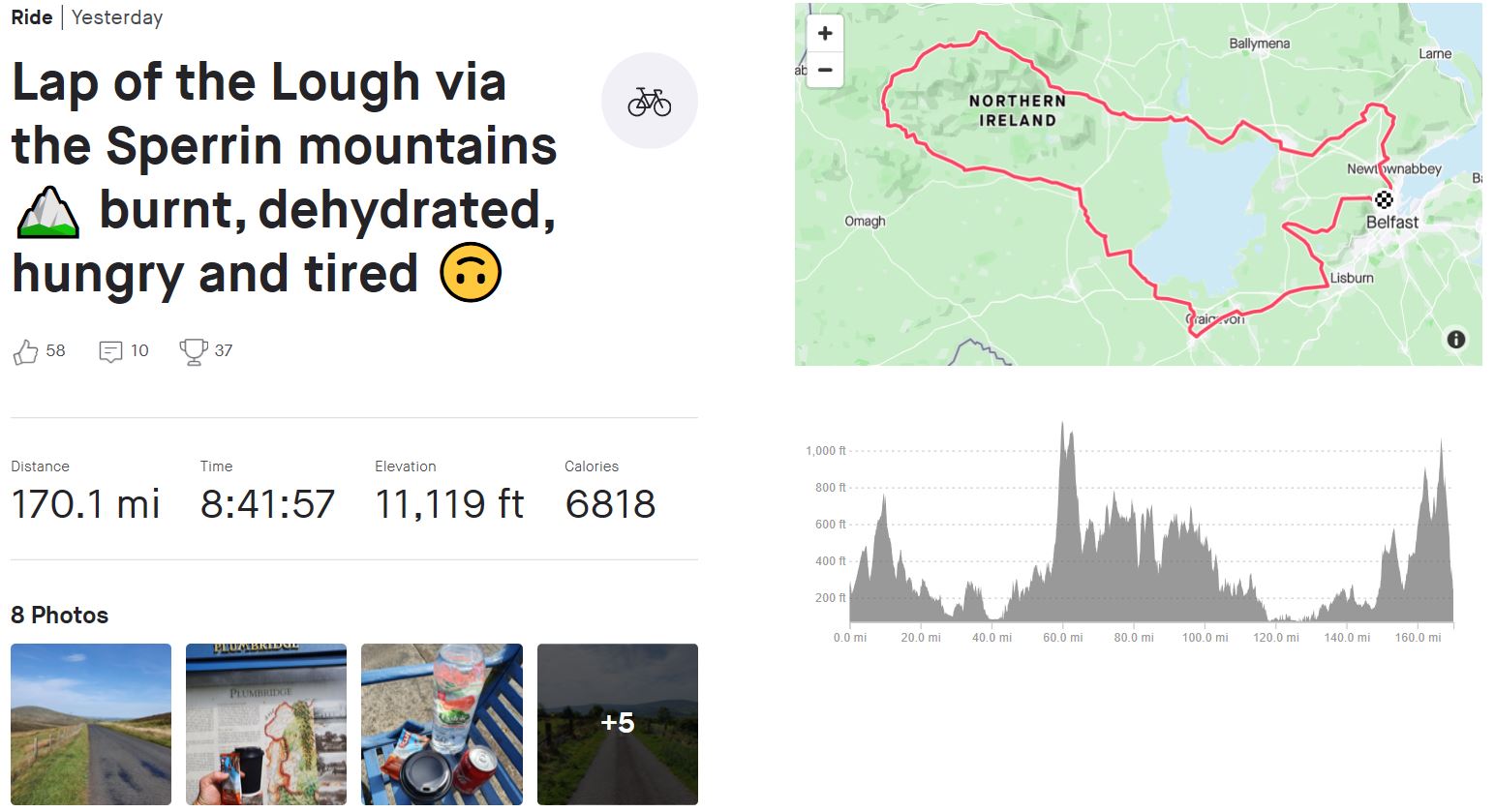 Peter McLean’s epic long ride at the weekend, and the hugely impressive average speed, certainly grabbed our attention on Strava. And it reminded us of a quiz question asked at a club BBQ many years ago – “name any riders from Ards CC who have ridden more than 200 miles in a day”.

The expected answer was the five schoolboys who rode 215 miles across Nebraska in 1980 to set an unofficial world record for a school group as part of the Discovering America Cycling Expedition. But that was only the start. Lot’s more gargantuan rides came out of the woodwork. Here are a few examples.

Alastair Martin rode from Ballantrae (just north of Cairnryan) to Foyers (in the Scottish Highlands) – 215 miles. With panniers on.

Perhaps the craziest of all was Alan Coffey. After a touring holiday in Scandinavia, Alan arrived back in Newcastle (England) late on a Saturday afternoon with his touring partner Alastair. They rode about 50 miles to a Youth Hostel, but unfortunately it was fully booked. Unable to find anywhere else to stay, Alastair jokingly suggested they pull an all nighter to Stranraer. To his horror Alan agreed. They crossed the Pennines, and reached Dumfries at about midnight. With a long way still to go, they stocked up on calories with a couple of deep fried pizzas – a Scottish speciality not widely seen elsewhere. Fortunately there wasn’t much traffic as they headed off into the dark with only one light between them, often following the white line in the middle of the road under moonlight to save on batteries. Finally the pair staggered into Stranraer at about 6am after 170 miles, and caught the ferry home.

Alastair got home and collapsed into bed. But Alan was club run captain, and Sunday club runs used to leave at 2pm. He made it out on the run, and duly reached the magical 200 within 24 hours.

Finally there are the 12 hour time triallists. Several members have ridden these over the years, but the best attended was organised by our neighbours North Down in the Ards Peninsula in the mid 1990s. Here’s an extract from the Newtownards Chronicle report.

“Ards CC Mike the Bike entrants were James McFarlane, John Stewart, Lindsay Gamble and Paul Robinson. First man was off shortly after 7am on a cool and breezy day. After one 100 mile loop, riders had the choice of doing another 100 miler, a 50 miler or going on to the 9 mile finishing circuit.

James Hunter of the promoting club clocked up a fantastic 259 miles 496 yards, smashing Maurice Foster’s 28 year old record by over 3 miles… James McFarlane was fourth with 221 miles 1675 yards and Paul Robinson was fifth with 210 miles 1552 yards.

James is of course now club president, Paul is a long standing club time keeper and Lindsay is helping out with our racing squad. And Jamie later moved to Ards CC and was part of the legendary 1998 Tour of Ulster team. The 12 hour clearly didn’t do any of them any harm.

Inspirational. Where will your next ride take you?