We’ve reviewed some of our club’s famous trophies over the last year, including the Burrows Perpetual Cup, The Weir and the Magreechan Cup. This week we take a look at the Ards CC Support Cup, presented to the club by Jimmy Thompson in 1979. 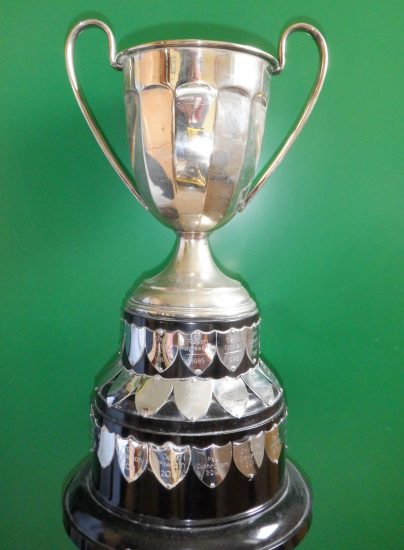 Jimmy was a key figure in the revival of the club in the late 1970s and 1980s. He was club time keeper, club coach, and de facto club run leader. At that time a young rider with a heart condition joined the club. Edmund McVeigh often struggled to keep up on club runs, but he persisted and was always cheerful and positive. Jimmy was so impressed by his attitude that he presented the Support Cup to the club, and Edmund was the first winner. 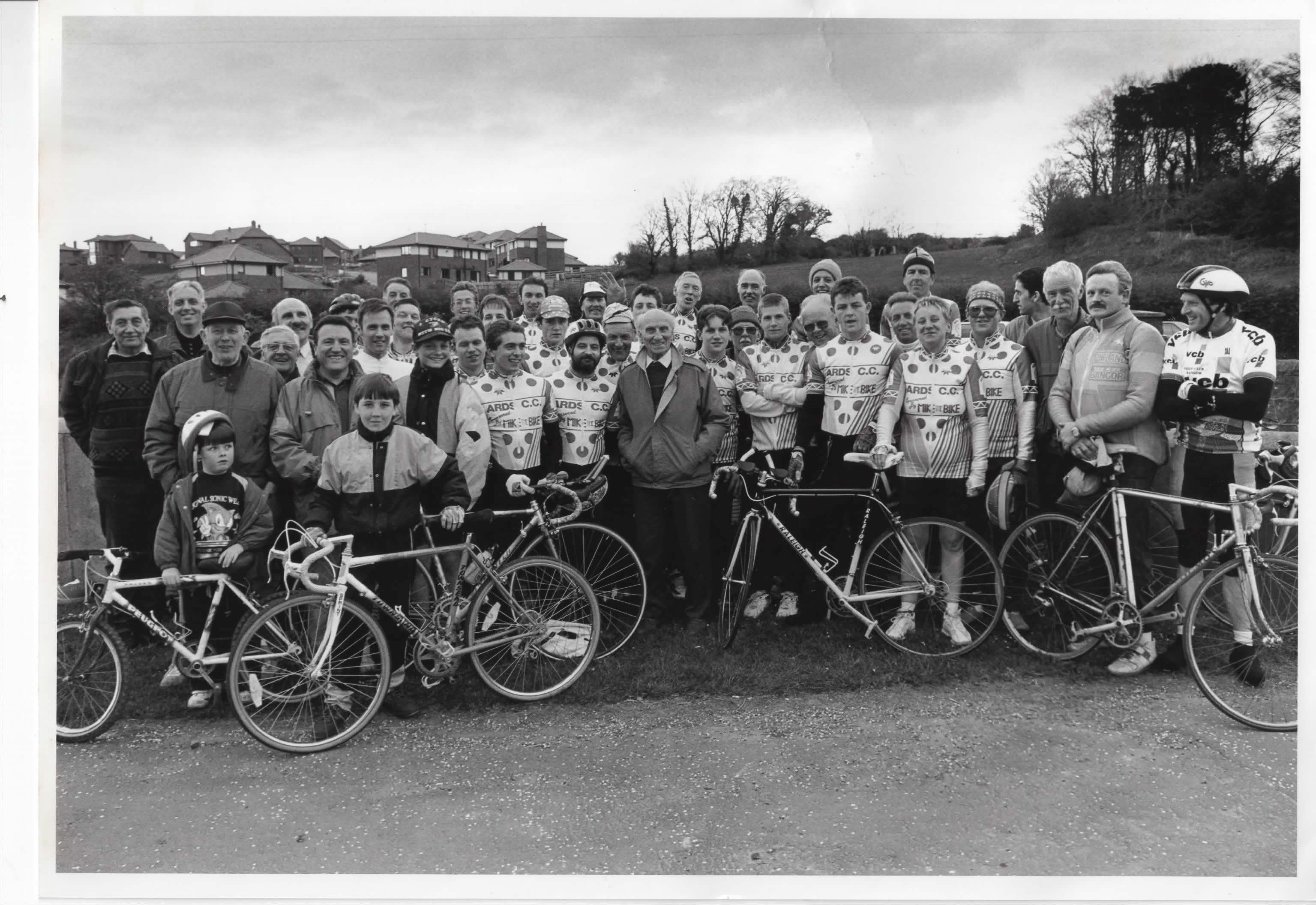 In this picture from the early 1980s, at the finish of a club time trial on the Portaferry Road, Jimmy is at the very left. Who else can you spot?

Over the years, the Cup has often been presented to riders who have performed well but not won one of the club’s other trophies, or to someone who has worked hard behind the scenes but doesn’t necessarily hold an official position. There is a long list of worthy winners, but the original intention was to recognise attitude more than achievement.

Hopefully as we emerge from lockdown over the coming months, we’ll see club activity picking up, and there will be lots of great examples of both positive attitude and achievement. If you see any good examples, feel free to nominate a fellow member for the Club Support cup this year. 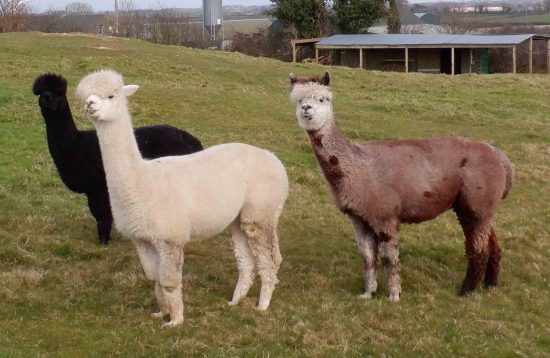 And talking of getting out and about again, last week’s llama photo was taken on Drumhirk Avenue, near the intersection with Drumhirk Way – in the network of concrete and gravel  lanes in between the Donaghadee Road and the Newtownards/Bangor dual carriageway.