One of our special events to celebrate the club’s 75th Anniversary is a new sportive event – Journey to the Source of the Lagan. The date’s now been confirmed as Sunday 23rd June.

This event is inspired by the Nick Sanders’ book “Journey to the source of the Nile”. We’ll start at the Odyssey in Belfast and follow the Lagan upstream to its source on the upper slopes of Slieve Croob.

In keeping with our 75th theme, there are two routes available – 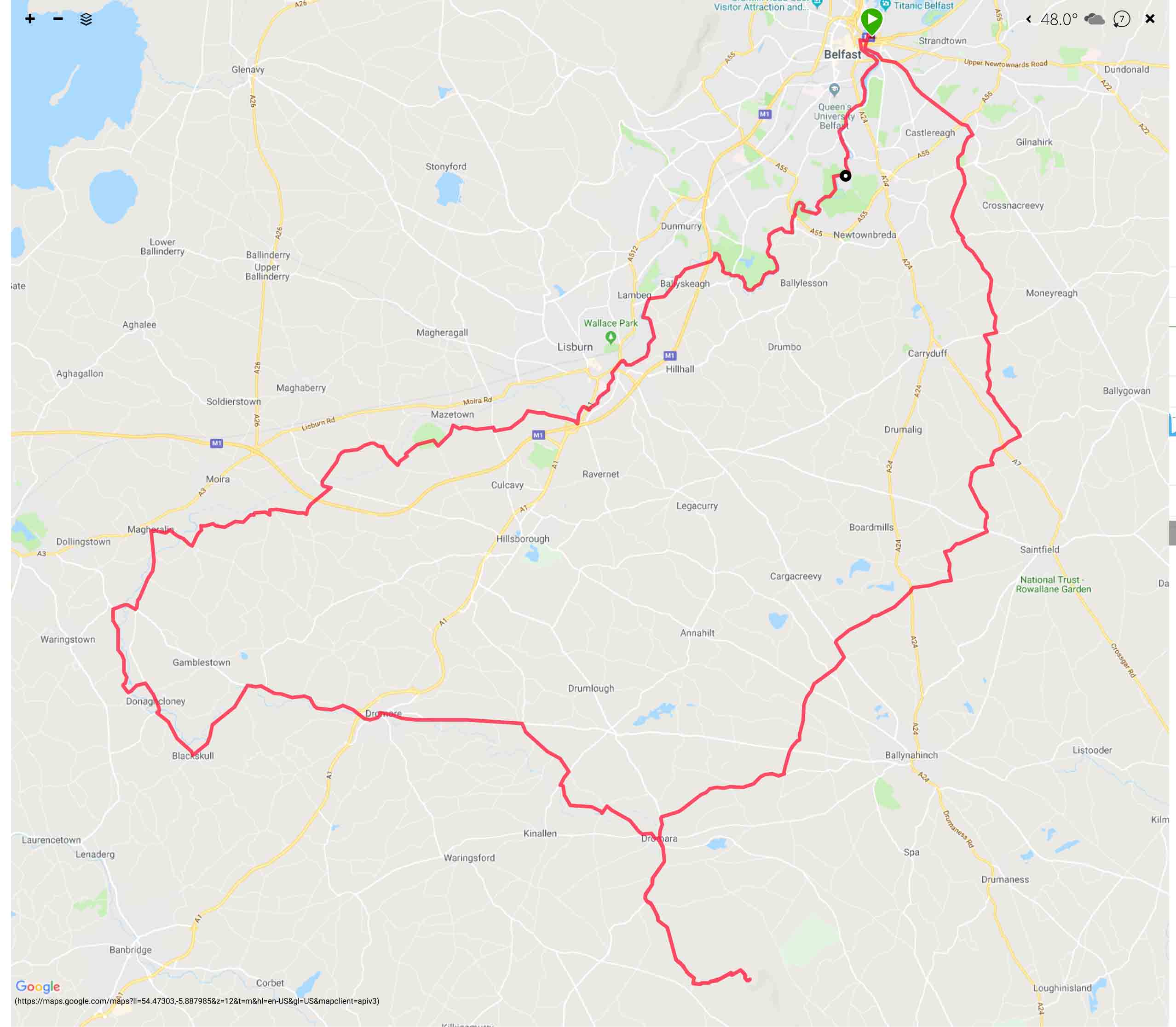 The photographs below give you a flavour of what to expect along the way. Note – this is a club event, and not an open event, because the early part of the route uses the Lagan towpath and we need to limit numbers. More details about the exact route, and about how to enter, will follow later. 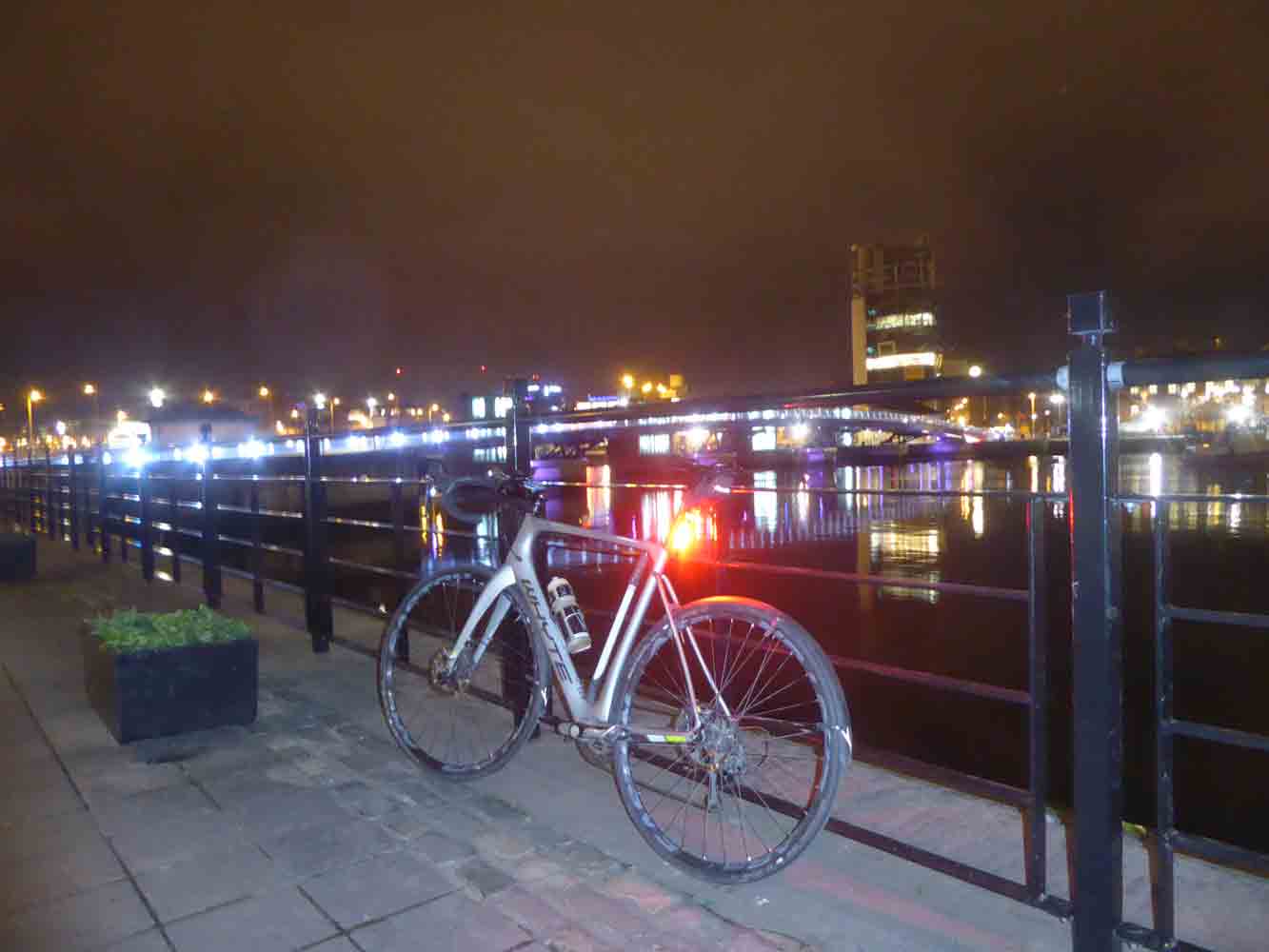 The start is at the Lagan Weir bridge near the Odyssey. Although “only” 75miles, the route is twisty and slow, so plan for an early start (but maybe not quite this early…). 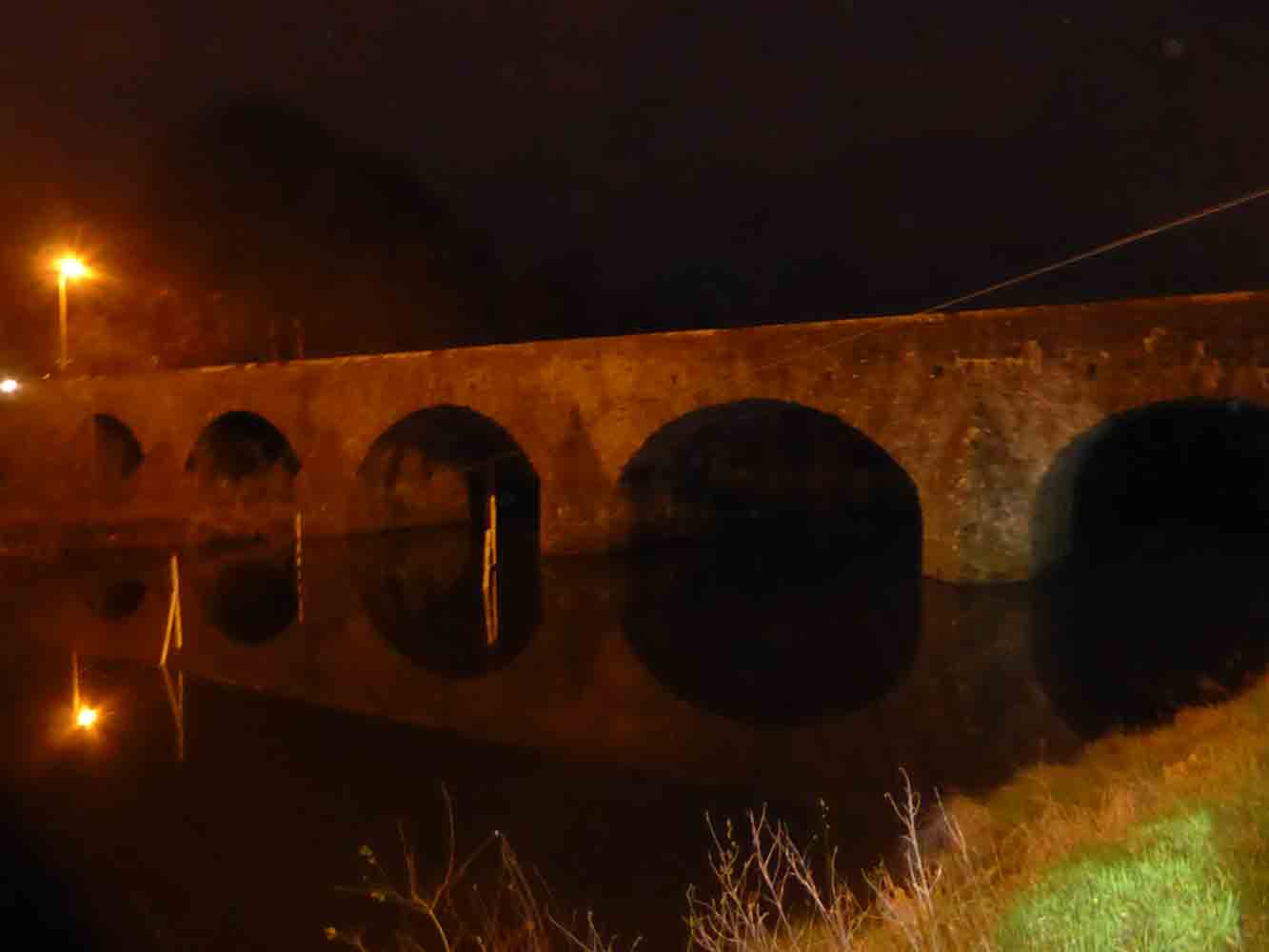 Shaw’s bridge, still with the lights on before sunrise 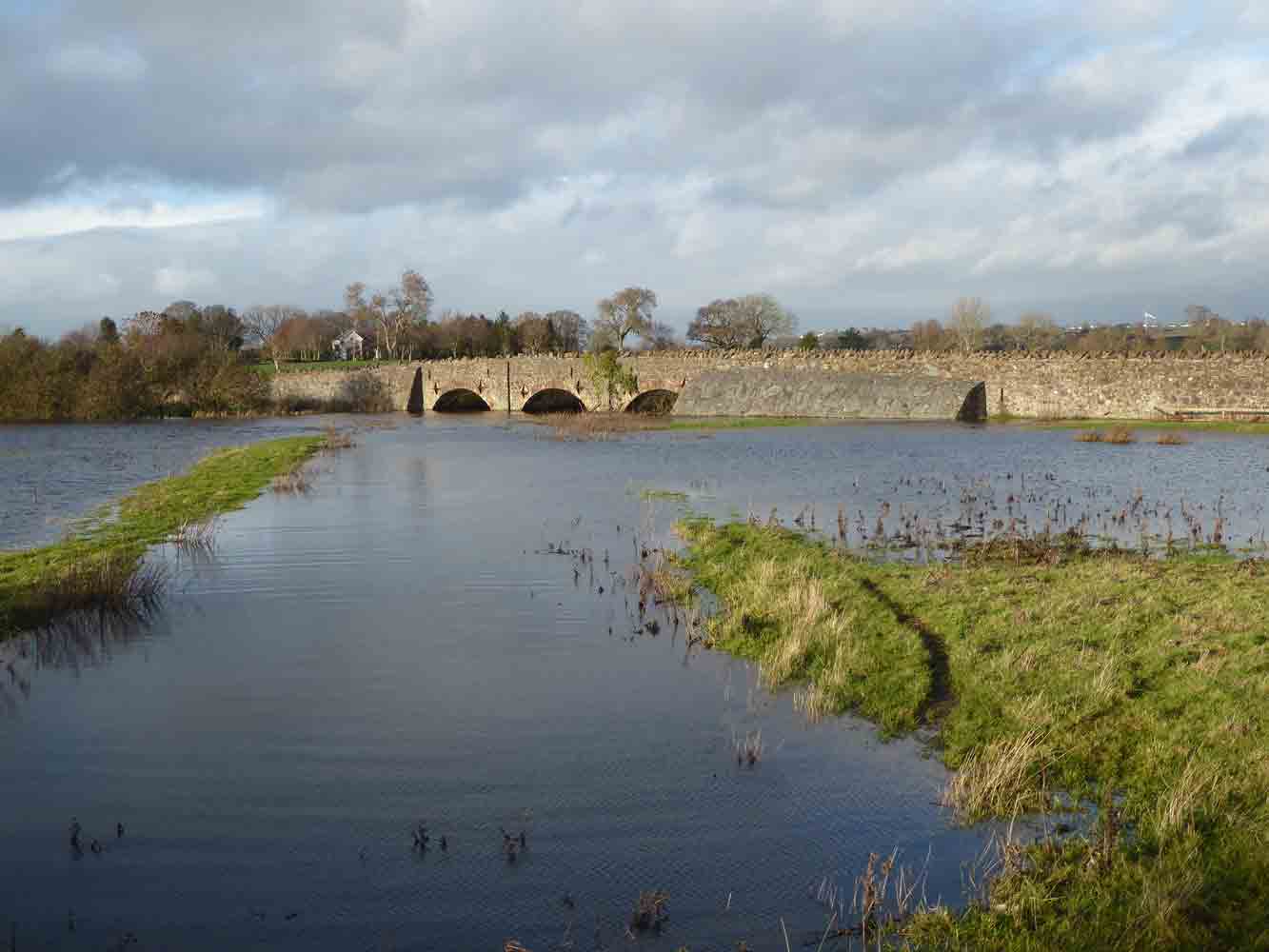 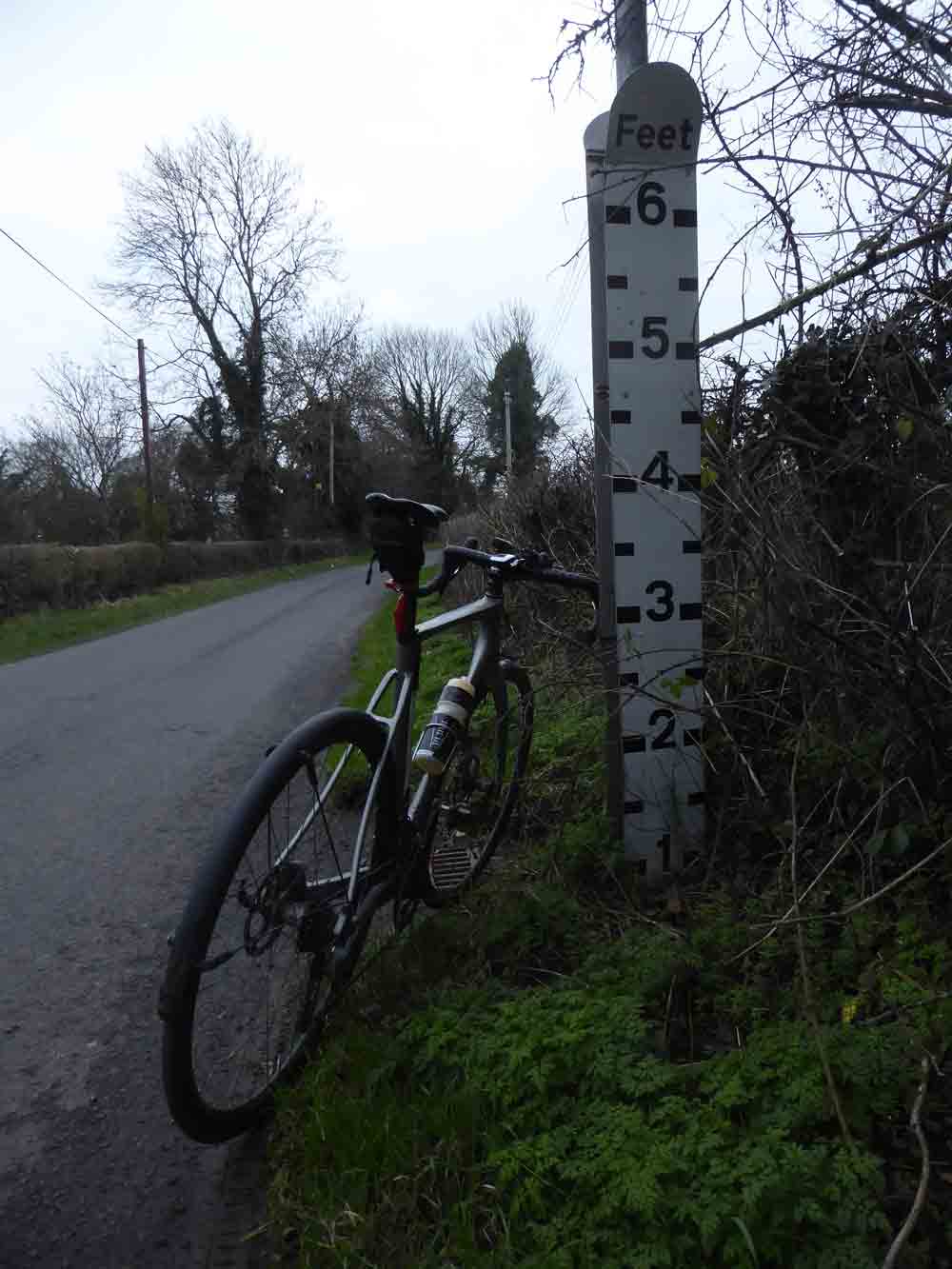 Pole to measure the depth of any Lagan flood water on the Milltown Road near Donaghcloney. Hopefully the Lagan will be well behaved in June 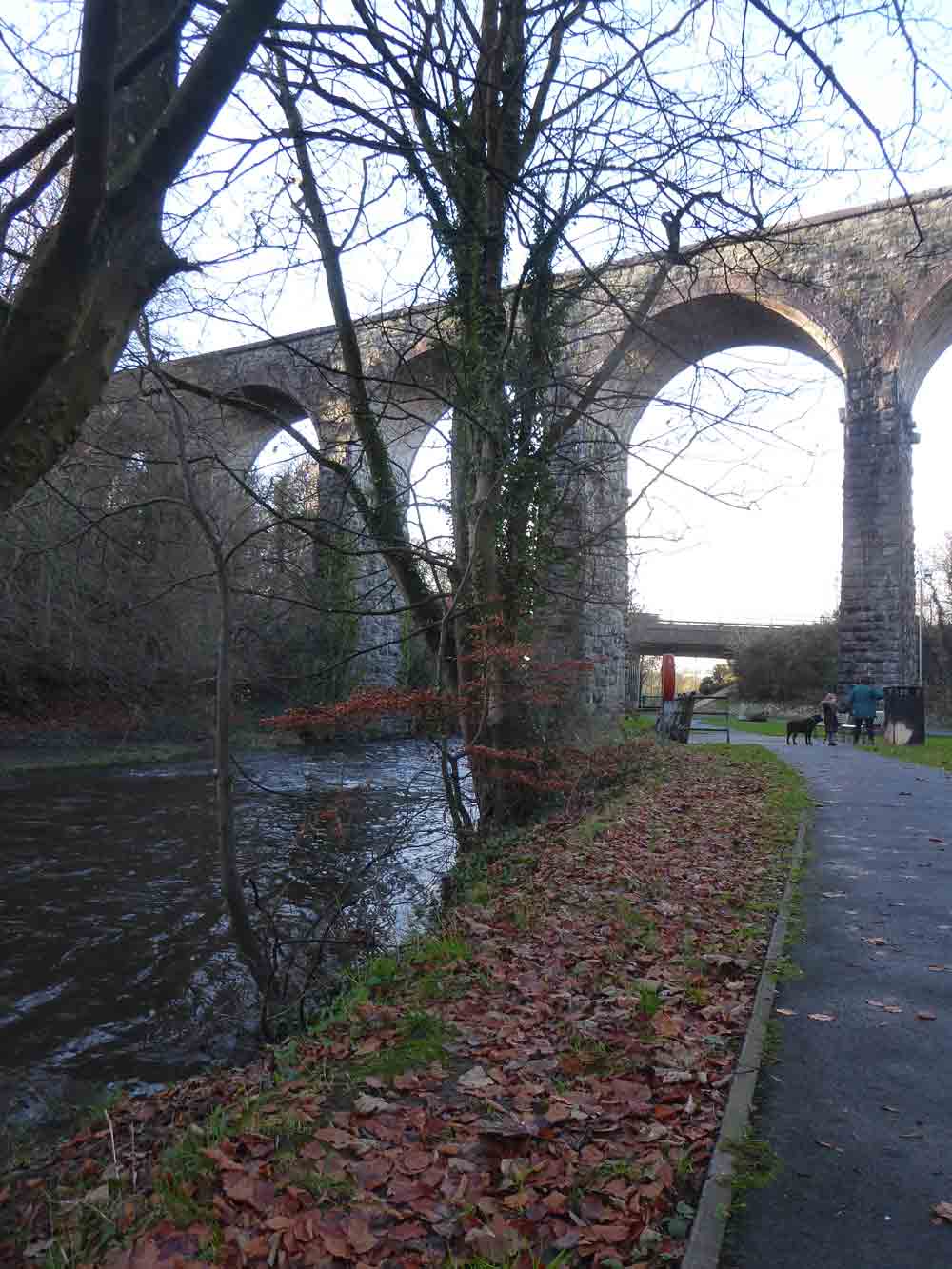 Railway viaduct over the Lagan at Dromore 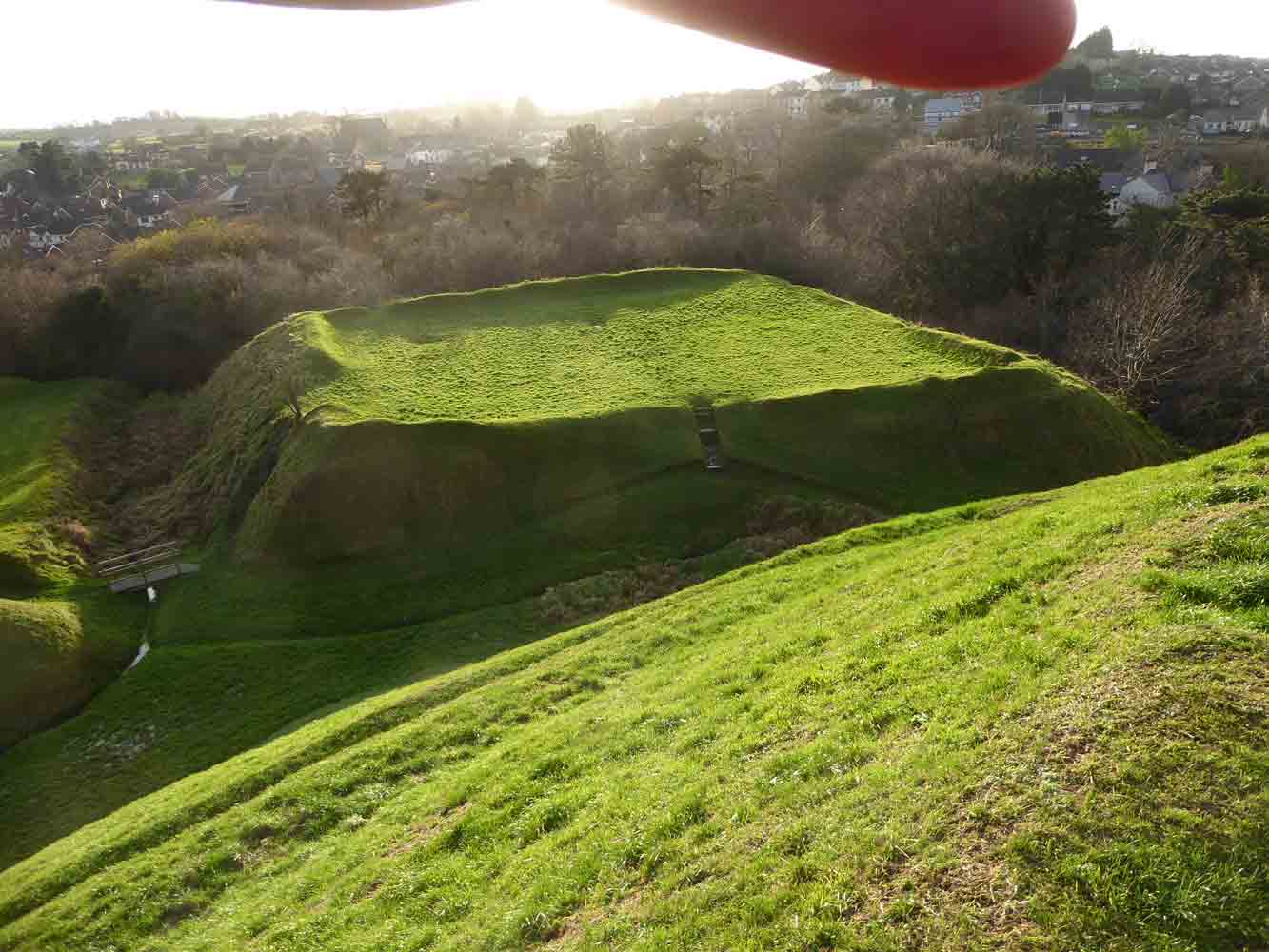 This impressive Motte outside Dromore looks out over the Lagan. It also marks the end of the flat(ish) roads. 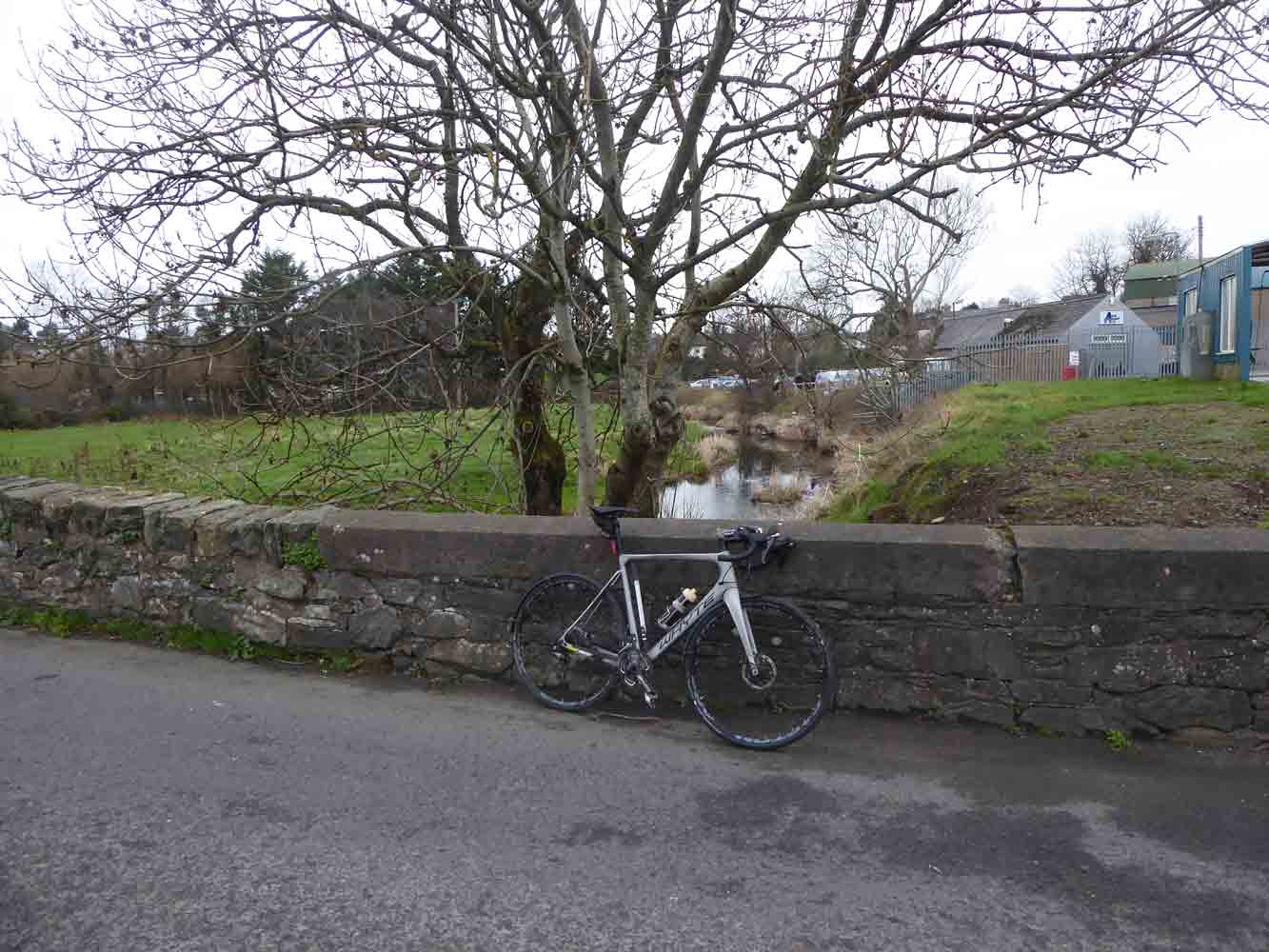 Dromara, and a choice needs to be made – do you stop for lunch now, or complete the final 4 miles to the top (and another hour for the round trip back to Dromara including photo stops)? 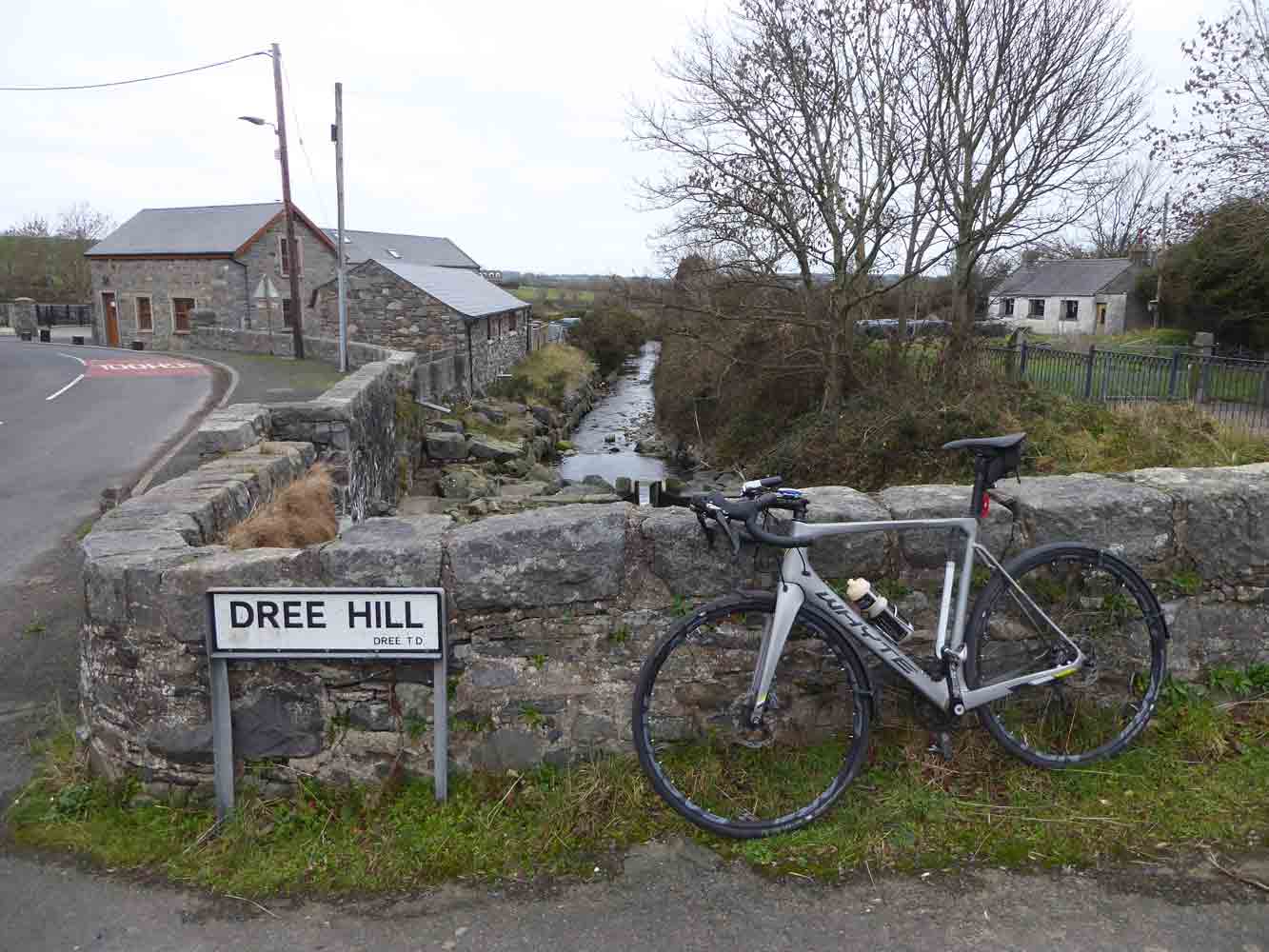 Bridge over the Lagan in Finnis, and the start of the final assault on the summit. According to a report on the BBC website, “In the early years of the 20th century a malevolent spirit is said to have haunted the area around the Dree Hill Road bridge, in the centre of Finnis, which spans the upper reaches of the River Lagan. By this bridge stood a large and beautiful sycamore tree. Knowing the terror the bridge set in the hearts of his parishioners, the village priest set out to exorcise the spirit and managed to capture it in a bottle. He then placed the bottle of spirits inside the sycamore tree. There it remained and the bridge became free of the hauntings. From that day on and, with knowledge of the tree’s part in the exorcism, nobody in Finnis would touch the tree nor would they allow anyone else to touch it either.” If you descend down through Finnis from the south in the moonlight, the Lagan here can look like a road going straight on. The road actually turns sharp left. A local cyclist, Mary Doloughan (19), reportedly crashed over the wall here in late February 1931, later dying from her injuries. It’s not clear if this happened before or after the exorcism, but the roads around here can certainly be fast and dangerous so please take care. 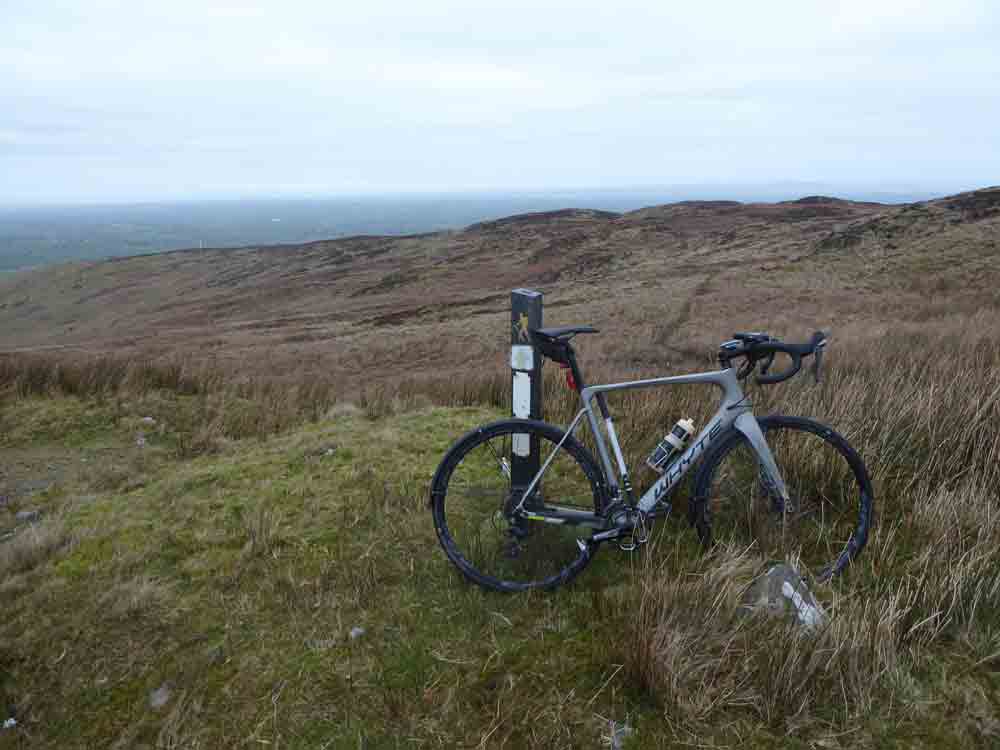 Near the summit of Slieve Croob. The source of the Lagan is in the bog opposite this footpath sign, about 400m from the top. (For the more ambitious, and if the weather has been dry, the footpath offers an interesting alternative descent back to Dromara) 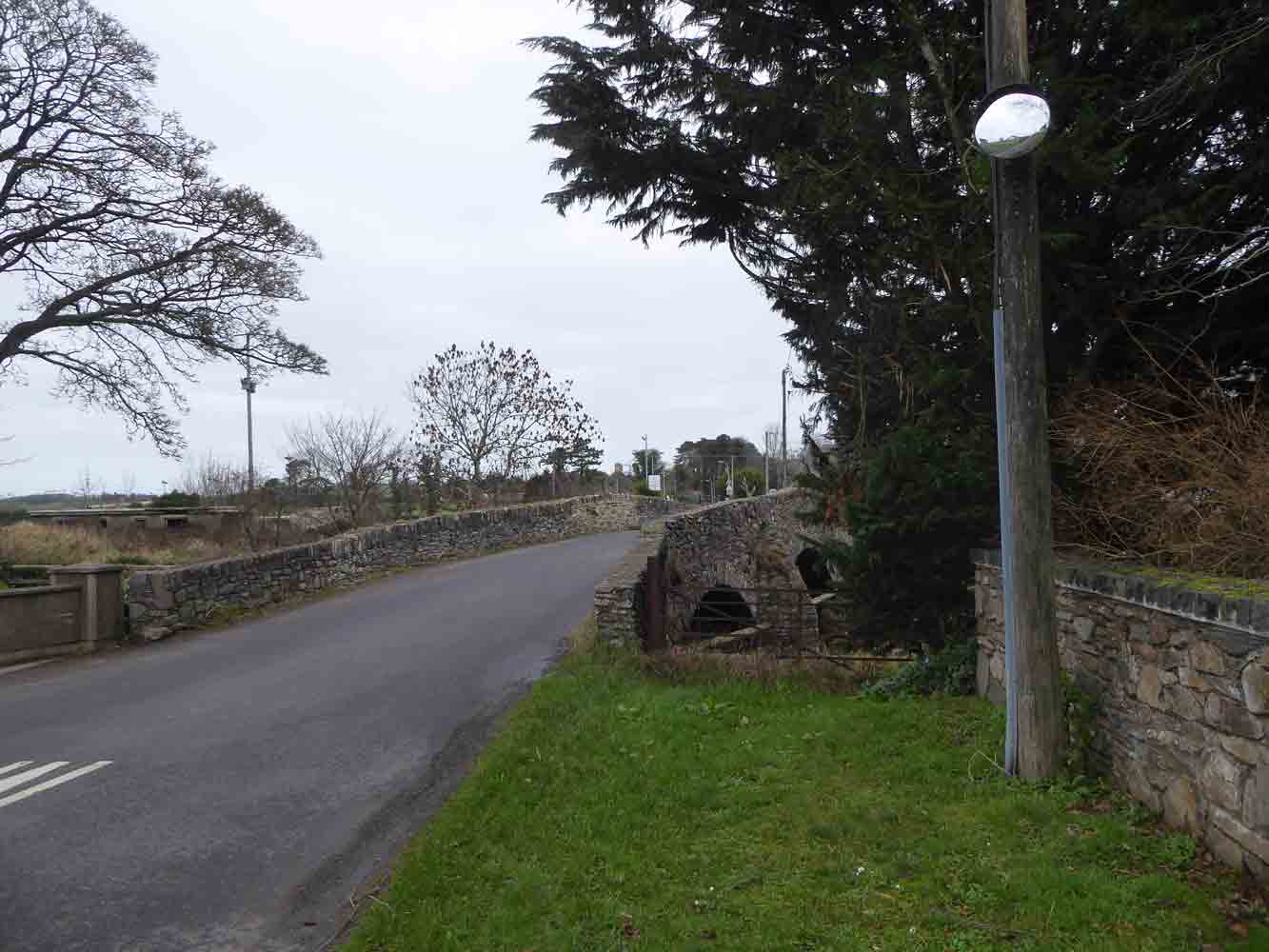 Bell’s Bridge crosses the Lagan between Finnis and Dromara. Take care here – I’m told the bike can “feel light” if you tackle this hump back bridge too quickly…