There were 50 club members and friends at the club BBQ last Saturday. The warm pleasant weather (and the planes preparing for the Newcastle air show) encouraged many of them out into the garden. 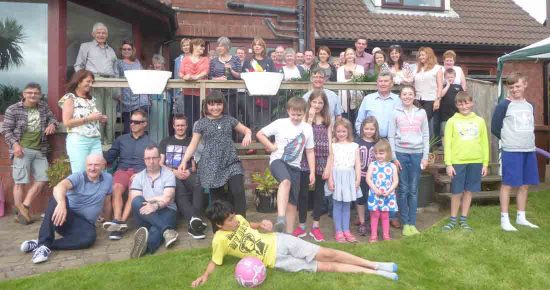 The quiz achieved its main aim of getting people talking and mingling to try and find the answers (although telecomms companies also reported unusually high data access in The Oaks area…). In the final count, it was the children’s team “The three musketeers” who managed to “obtain” the most answers and take a narrow win.

With the men’s Olympic Road Race reaching an exciting conclusion, the kids put on an equally impressive display on the rollers, with Anna fastest for the second year in a row. In the younger category, Sophie charmed the club coaches with her smooth pedalling style.

In the adult races, there were some new riding styles this year, but it was once again Ricky who dominated with a high speed performance. 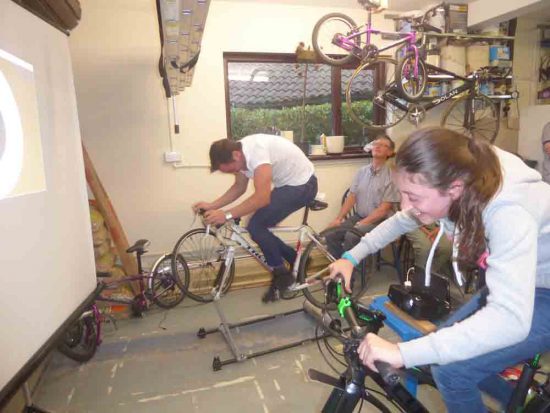 As always, thanks to everyone who helped to make it such a great day, including – 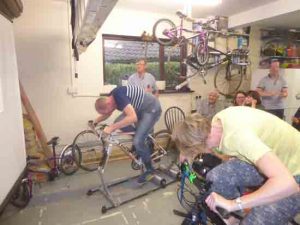 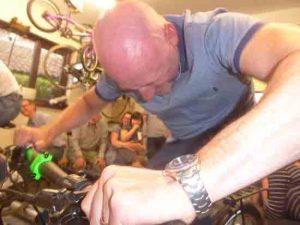 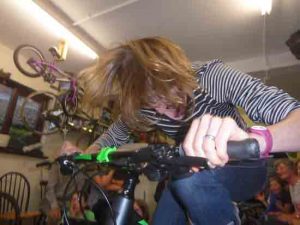 Some took it more seriously….. 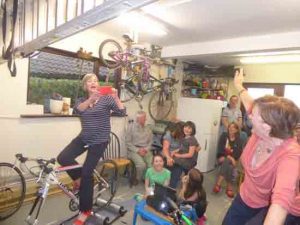